My trip to Jordan lasted only eight days, but by the 5th or 6th day I had overdosed on ancient ruins. I love antiquity, don’t get me wrong. The thought of exploring long forgotten civilizations is exciting and usually gets my travels juices flowing. But, as it turns out, Jordan has a long history, and a lot of ruins, everywhere. By the end of the trip I just couldn’t bring myself to traipse around in the devastatingly hot sun looking at old columns when I knew my room at a Dead Sea resort was waiting patiently for me. But, once again, I had severely underestimated Jordan. 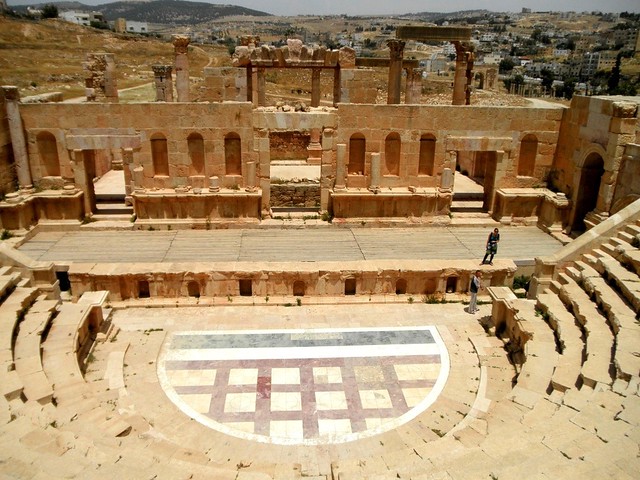 Located in northern Jordan, Jerash is one of the most important and best preserved ancient Roman cities in the Near East. People have called this area home since the Bronze Age and modern Jerash remains a large and lively city. The ancient city flourished as one of the cities of the Roman Decapolis but like so many other great cities of antiquity was destroyed by earthquake in AD 749. 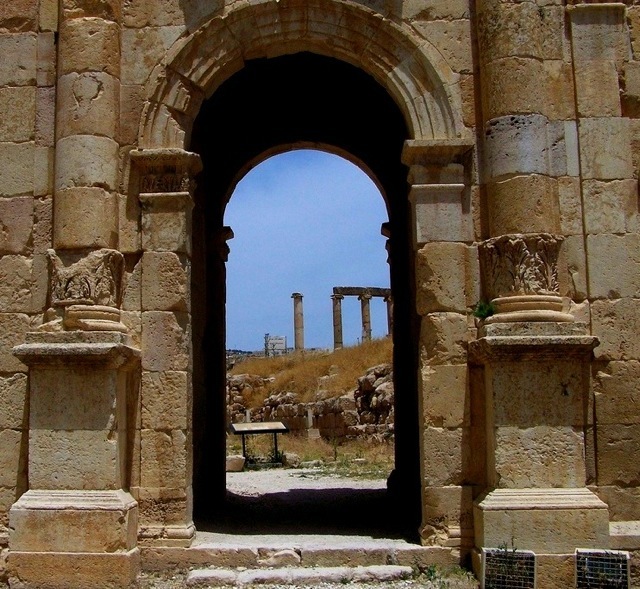 I don’t know how hot it was, Celsius befuddles me, but it was somewhere between really hot and surface of the sun balmy. I was armed with my never fashionable sun hat, two bottles of water and a desire to be as tactical as possible in our examination of the ancient Roman city. Tactical is code for get the hell out of there.

My desire to get in and out quickly dissolved though as soon as we crossed the threshold into the city. Not quite to the level of Pompeii, Jerash is nonetheless amazingly well preserved and just as with Pompeii, I was transported back to Roman times. I love places like Jerash, where it’s possible to really get a feeling for what it must have been like to live there. Far too many ancient sites are a poor assemblage of uninteresting stones, set about a field with little care or interpretation. You could tell me anything about those sites and it wouldn’t matter, there’s just no way to relate. But in a city like Jerash, you feel what it was like to be a resident of one of the greatest Roman cities to have ever existed. We meandered through ancient buildings, along grand boulevards, and stood in the middle of an ancient amphitheater as I tested out the amazing acoustics for myself. It was remarkable.

My amazement at Jerash though didn’t change the weather, and the heat was still melting asphalt and causing small animals to spontaneously combust. I reluctantly took my leave of the still great city, sad for its state of ruin but thankful for the experience it still provides today. 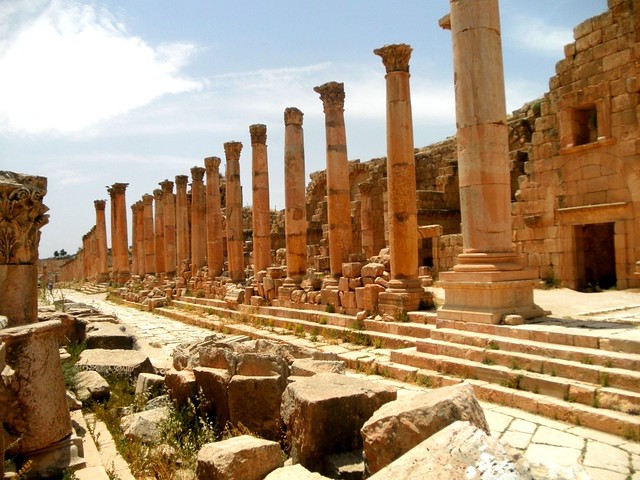 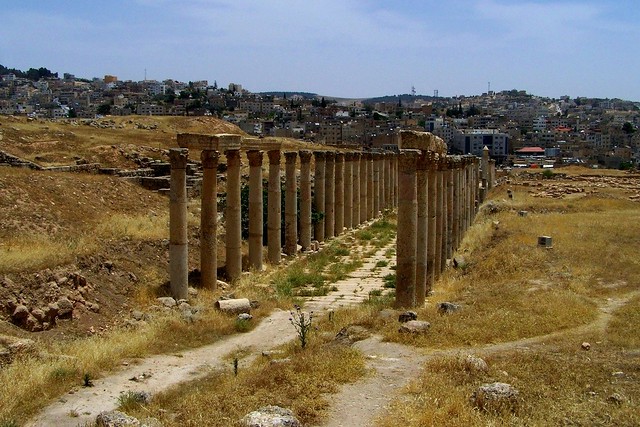 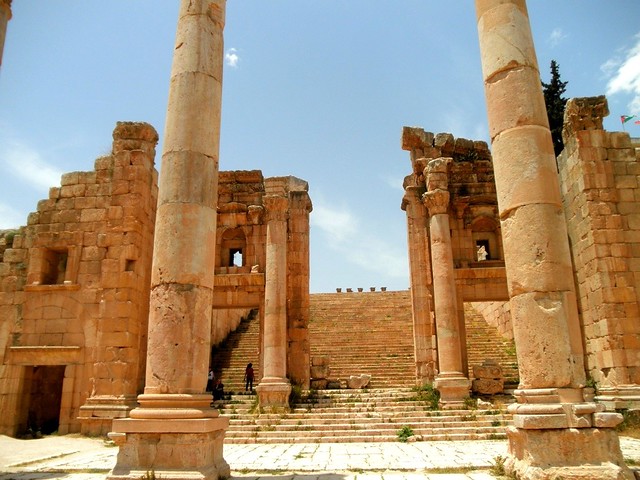 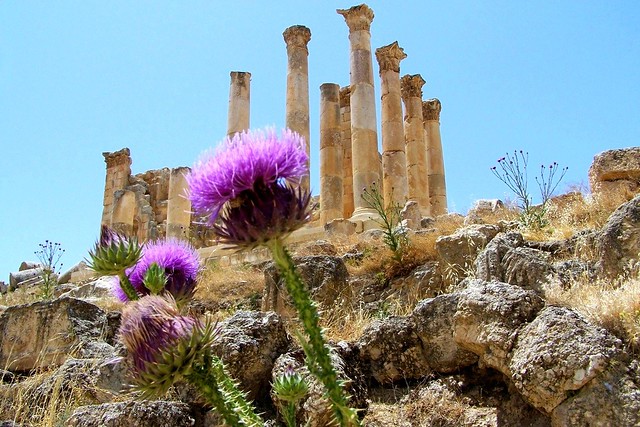 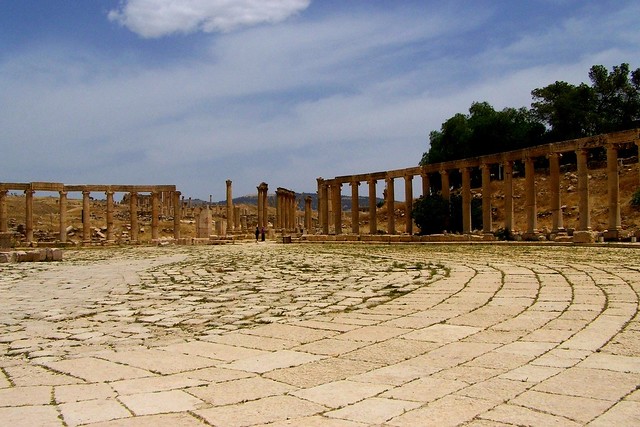 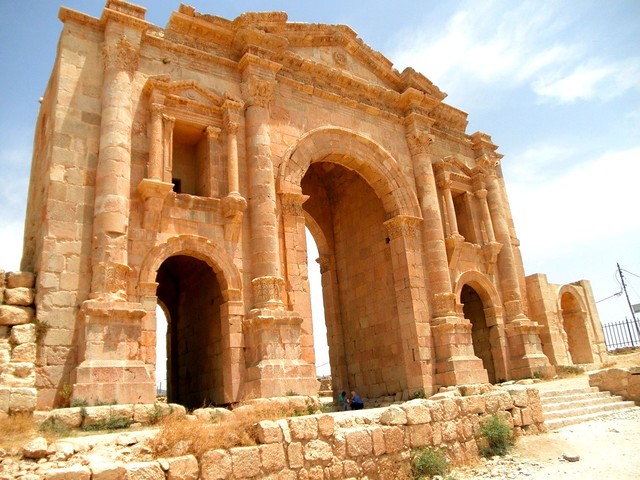 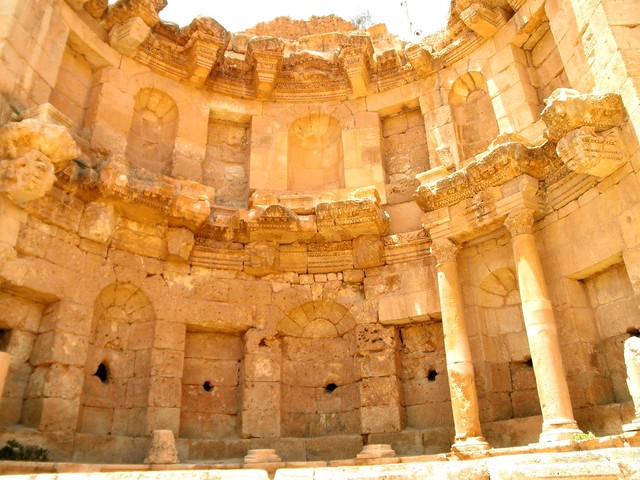 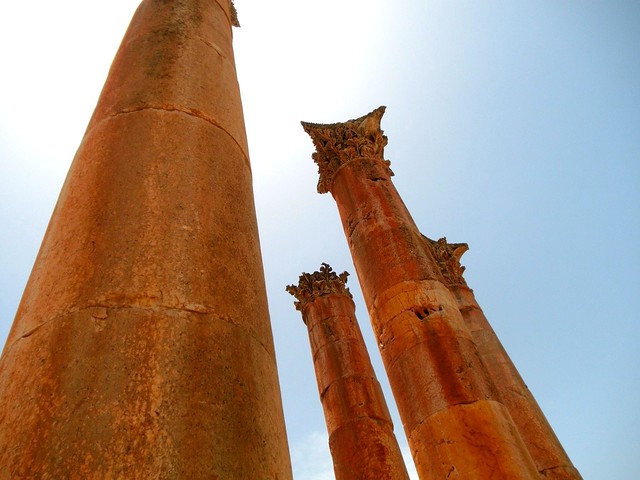