Usually at some point during almost every flight, someone comes on the PA system and says something to the effect, “We know you have a lot of options when it comes to flying and we thank you for choosing us.” It’s a nice sentiment, it certainly reveals the truth of modern air travel and acknowledges the fact that some of us don’t just book the lowest fare ticket, we stay loyal to one or two airlines. I’m convinced of the advantages of airline loyalty, although I realize not everyone agrees, but what I don’t understand is why airlines don’t really care.

That’s not quite fair, airlines do care about some of their loyal customers, the uber elite. Most airlines employ a multi-tier system of loyalty, with the lowest being regular but not super frequent fliers and the top being constant, always on the go road warriors. It is this second class of the top elite fliers that airlines really care about.

The top frequent flyers spend a stunning amount of money and the airlines of course know this. I completely understand why airlines bend over backwards to keep their top customers happy, it just makes sense. But there’s a huge number of us who don’t fall into either the lowest or top categories, but who I selfishly think are important as well.

I have Gold status with US Airways, the threshold for which is 50,000 air miles a year. I fly much more every year, but not solely on US Airways due to lack of availability. You’d think though that they’d care at least a smidgen about my business. I realize I’m not booking hundreds of thousands of dollars worth of travel every year, but my business can’t be completely without merit, can it? Over the years we frequent fliers have seen a slow degradation in available perks. The most important to me now are: upgrades on domestic flights, extra mileage accrual and access to Alliance partner lounges during international travel. It’s not much, but it’s something and combined these factors help add a tiny extra bit of decorum and comfort to an otherwise miserable flying experience. 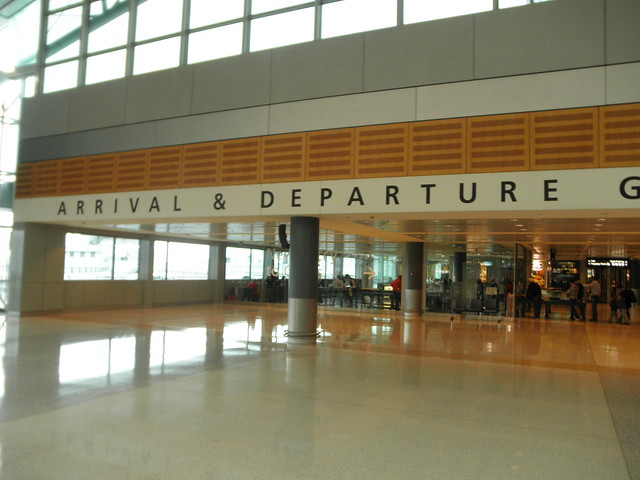 I got ticked off the other day because I had received one of those domestic upgrades, albeit on a short, one-hour flight, but it made be really happy. I knew I’d have some room to relax and perhaps sleep on the early morning flight. I was happy until I got to the airport and found out they decided to revoke that upgrade and refused to tell me why. Furthermore, the exit row seat I had originally booked had been given away, so I was left with my choice of middle row seats. I was furious.

I wasn’t angry for just losing the upgrade, it’s an hour flight and I’ve survived much worse. It was the fact no one had bothered to contact me about it and no one seemed all that interested in the fact I’d been royally screwed. There’s no problem emailing me when I do get an upgrade, but when it comes to revoking it the same courtesy vanishes.

This made me start thinking about other sectors of the hospitality industry and I realized that no one else treats their guests or passengers as badly as the airlines. Hotels bend over backwards to make everyone’s travel experiences as pleasant as possible and if you have status with them, you truly feel like you’re king (or queen) for a day. I can’t imagine a hotel ever pulling a stunt like US Airways did with me, it’s just not how they operate. Once a space is given it would take something extraordinary to revoke it, especially from someone whose elite status is basically a sign saying, “I’m loyal to you, please don’t punch me in the face.”

US Airways isn’t alone in treating their passengers, especially the mediocre elites, badly. Everyone does it. Everyone wants their elite fliers to feel like they’re important, but when push comes to shove it’s only the smallest minority of frequent fliers that truly capture the airline’s interest.

This won’t change, it’s too ingrained in the airline’s DNA, but it’s a shame. It’s a shame that I will probably never feel like a welcome guest on any flight I take, but rather just another body to process through the flying cattle car.

What do you think? Are airlines ignoring an important part of their base or am I overreacting?

6 thoughts on “Airline Abuse and the Somewhat Frequent Flyer”