There are certain topics that are guaranteed to create a debate, politics, religion and definitely barbeque. While the designation of top BBQ city in the United States may be a hotly contested issue, the importance and prominence of this culinary specialty in Kansas City is without debate.

Located at the confluence of the Missouri and Kansas rivers, Kansas City has always been impacted by the steady stream of commercial traffic passing through this great city of the Midwest. It was the barges of the great rivers that gave Kansas City barbeque its unique flavors of hickory and the rich tradition of using a variety of meats, from pulled pork and chicken to burnt ends and brisket.

Today there are hundreds of barbeque restaurants in Kansas City, but when it comes to quality and continuity, few can compare to the two great rivals Gates & Sons and Arthur Bryant’s. 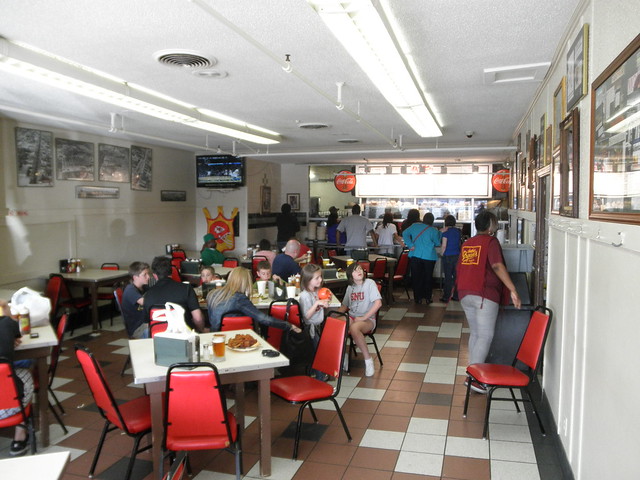 One of the attributes I love most about great barbeque restaurants is that no matter how popular they are or how many awards they have won, there is still always a down home feel. I felt this instantly as I walked through the threshold to Arthur Bryant’s. The smell though is what grabbed my attention, the delicious aromas of cooking meats and the sweet and tangy BBQ sauce wafted like a genie being released from its bottle.

Their original location wasn’t easy to find, but luckily my cab driver had no problems navigating the slightly industrial looking neighborhood home to Arthur Bryant’s. It’s hard to imagine that this simple establishment serving the purest form of city, working man’s food has hosted the most famous of celebrities and even a few Presidents. As with all good barbeque, the secret is in the sauce and Arthur Bryant’s does not disappoint. 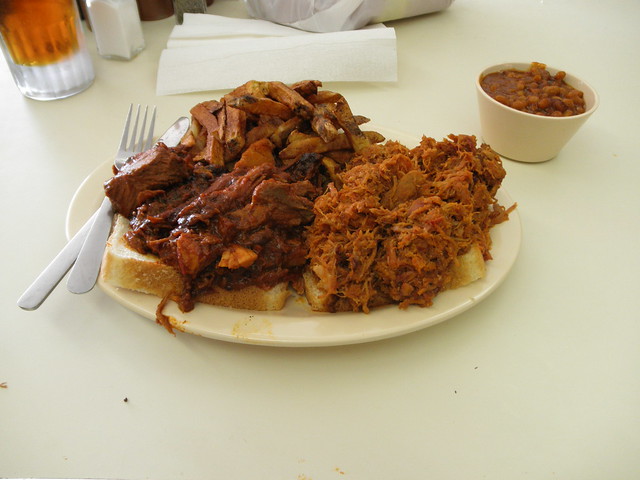 I had over estimated my ability to ingest massive amounts of meat, but I just couldn’t resist. This is was a lot of food. I felt like I was filming a show for the Travel Channel or participating in a reality show challenge. While the quantity of beef and pork on the plate was astounding, the quality did not suffer. The concept seems so simple, slowly cooked meats topped with a secret, homemade sauce. Yet, when executed to perfection, there is nothing finer on the planet.

As with most things, barbeque is a completely subjective experience. There are Gates purists, as there are for Arthur Bryant’s and also for the scores of other restaurants that call Kansas City home. No matter which you choose, there’s no doubt it will be a culinary memory to last a lifetime because, no matter what anyone says, Kansas City is indeed the barbeque capital of the United States.

2 thoughts on “Eating My Way Through the Barbeque Capital of America: Kansas City”