We meandered on the way to Petra, stopping at Karak castle and the Dana Biosphere Reserve before finally reaching Petra in the late afternoon. I knew that the following day would be spent exploring the great wonder of the world, but I was excited for my first introduction to the ancient site through the Petra by Night experience. I really shouldn’t have gotten too excited though.

My guide and driver dropped me off at the Petra gates to line up with the other visitors for the nighttime experience. Access to Petra is limited by daylight, but the Petra by Night tour is a specially guided event. A Bedouin walked through the crowd, asked everyone to follow him and we were off. 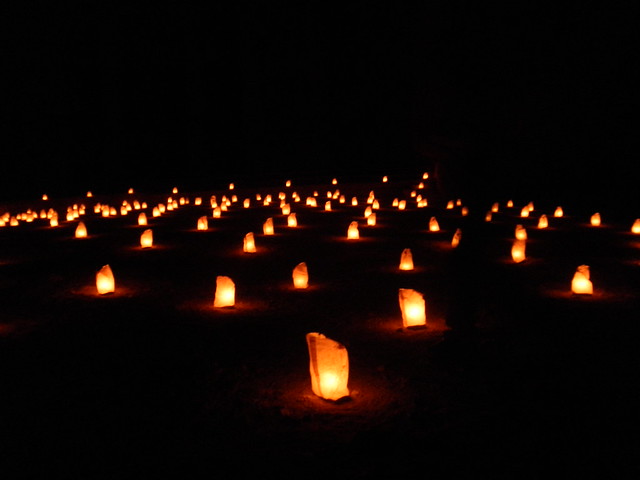 The problem is I had no idea where we were off to. There were tea lights marking the path down to the Siq, but beyond the tiny lights I couldn’t see anything. I had no idea that surrounding us on all sides were amazing carved tombs and stone shrines preparing us for the journey to Petra. No, I could only see the lights and the way too talkative British couple in front of me.

The walk through the Siq seemed never ending, once again there were small lights marking the path but I couldn’t see anything beyond the twinkling bags in the sand. Instead, I stared down at the path making sure I didn’t trip on loose rocks or the uneven ground. Then finally we were at the point where the Siq opens to reveal the Treasury. This is one of the great travel moments in the world and one of the highlights of the Petra experience. But at night that splendor is lost, the magic just isn’t there. It was the first time I saw the Treasury, but I really couldn’t see it. In front of the Treasury were more tea lights, the only source of light in the canyon.

We were told by our Bedouin hosts to sit on rugs assembled into rows. And there I sat as scores of tourists filed in, babbling and trying to take photos they knew would never come out.

Eventually the show started, some Bedouin music seemed to come out of nowhere and our host described the area and the Bedouin traditions involving Petra. Then he asked the huge group of tourists to be quiet for a few minutes of introspection. Not everyone understood English though, so half the crowd was chatting happily away while the other half gave them menacing glares.

At the end everyone was asked to take a flash photo of the Treasury simultaneously so that we could actually see the iconic structure. This experiment of course failed and we all made the long walk back through the Siq without any great photos or an understanding of why we were there.

A few things annoyed me about this experience. The first is that it was my first introduction to Petra and a worse first impression could not have been staged. As I learned the following day, walking along the canyon path through the Siq and emerging into Petra is a critical part of the overall experience and is something to be savored and enjoyed. I don’t think I would have been as annoyed by Petra at night if it hadn’t been my first visit.

Second, I really don’t buy into a lot of New Age-style experiences and I generally think that they are a colossal waste of my time. A great example was the lentil torture I endured in Mexico in order to reach some imaginary level of heightened awareness. While not as overtly annoying, Petra by Night definitely had undertones of New Age, hippy dippy, “get in touch with your inner self” themes. There’s nothing metaphysical about Petra by Night and it was annoying that they tried to convince us otherwise.

Finally, my last complaint has to do with the lighting. The Treasury is one of the most recognized buildings in the world and even though there’s a lot more to Petra, it’s the one structure every visitor wants to see. Petra by Night has a great opportunity to showcase this monument, but they have come up well short. The tea lights don’t do enough to illuminate the Treasury and it’s impossible to really see and understand the scale of the building. Proper lighting would go a long way to creating an impressive sight and give visitors an opportunity to actually see the stone building. 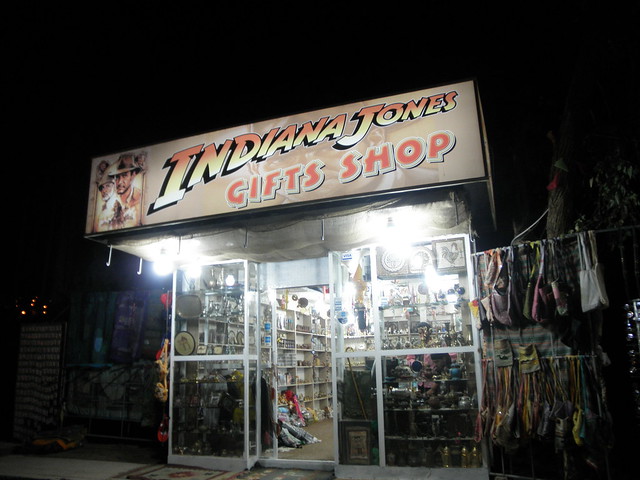 I wouldn’t say that Petra by Night is a complete waste of time, but I regret participating. If I were to do it over again, I would chose to do the nighttime experience after having first toured the ancient city in the day. Even then it really isn’t worth the walk down again, not to mention the money. What I did really enjoy was walking through the Siq, lit only by small lights and looking up to see the vast array of stars twinkling down through the narrow canyon. While that was remarkable, it really didn’t make up for the rest of the effort.