I was looking forward to exploring the West Coast region of New Zealand’s South Island, even if it meant a lot of driving. I enjoyed driving around New Zealand, in spite of driving on the left-hand side of the road, endless one-way bridges and the occasional cow crossing. Everyone told me how great it was, but like most things in life I wasn’t prepared for the west coast drive experience.

It was midday, I had just wrapped up lunch in Greymouth following a four hour train ride on the TranzAlpine from Christchurch. In other words, it had already been a long day by the time I pulled out of the rental car parking lot and oriented myself south to Franz Josef along State Highway 6. 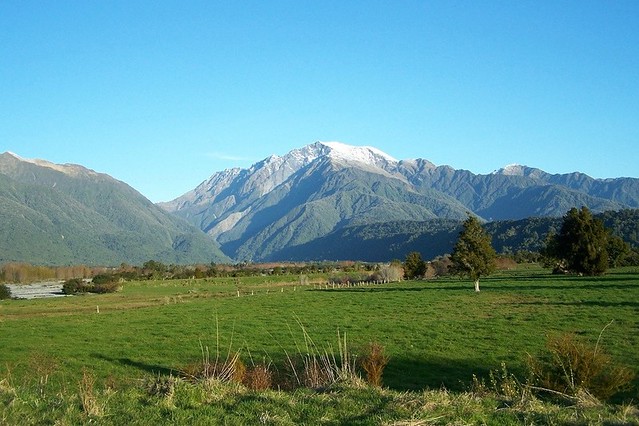 Some roads around the world are known just by their name, Route 66, the Great Ocean Road and yes, even New Zealand’s State Highway 6. The Highway is massive, it extends from the northeastern corner of the South Island across the top of the island, then down the length of the island, initially along the West Coast and then across the Southern Alps through inland Otago and finally across the Southland Plains to the island’s south coast. I would only be tackling the West Coast version though as I tried to make it to the glacier outpost town of Franz Josef before darkness fell. 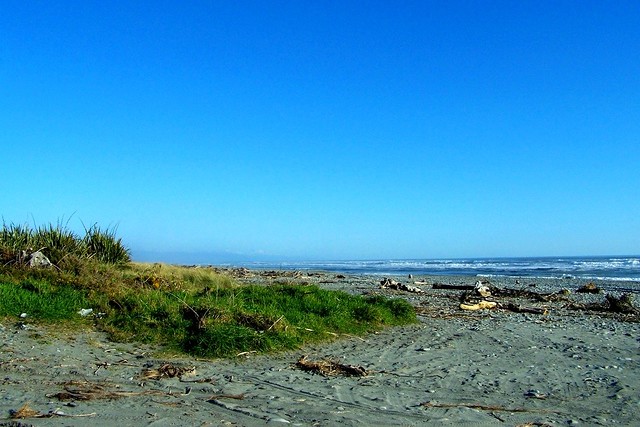 I’m a little embarrassed that the first surprise of the day was that I would be tracking alongside the coastline of the South Island and the Tasman Sea. It was a mental block more than anything, my morning had been spent in the Southern Alps and I knew I would be driving towards a mountain glacier. It never occurred to me that I would spend anytime at sea level, much less most of the day. I’m glad I did though, the views on the Great West Coast Road were amazing. That was part of the problem.

New Zealand is too beautiful. Not many places suffer from such an embarrassment of natural riches and it eventually became a hindrance to my forward movement. At first I wanted to stop every few miles to take photos of whatever new, stunning vista caught my eye. I soon learned though it would be impossible to try to appreciate the beauty and still make it to my destination on time, but I did manage a few stops along the way. 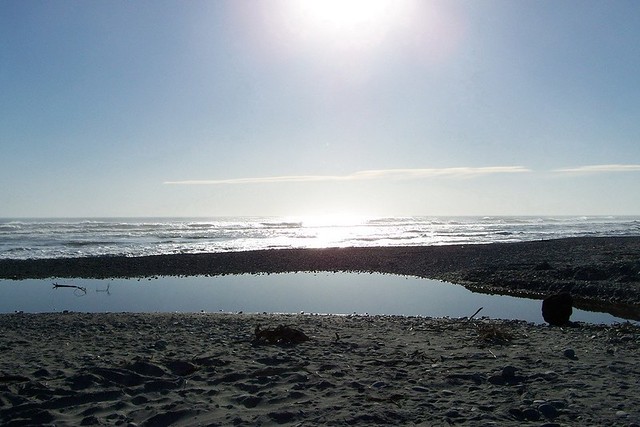 Just a few miles outside of Greymouth was my first stop, the shocking ocean seascape caught my eye and it was there that I came to terms with my driving companion the Tasman Sea. Eventually the sandy beaches began to disappear as I started to ascend into the bizarre rainforests that mark this part of the country. This is the only place outside of Argentina where you can find glaciers and rainforests coexisting next to each other and it is indeed a strange sight to behold. 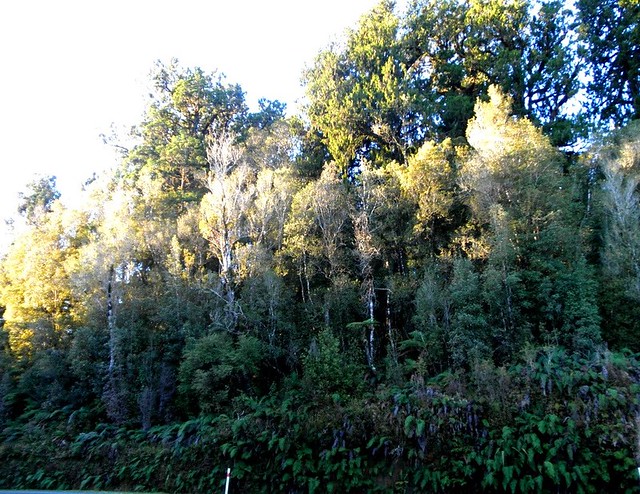 Mountain driving isn’t easy though, the highway seemed more like a country road and the constant switchback turns, at times covered with grit and ice, was an exhausting experience. As I approached the end of the two and half hour drive, the air had started to get noticeably colder and I was now in the lower elevations of the great Southern Alps. Before I realized it, I was in Franz Josef, almost missing the turnoff to the quiet tourist hamlet of the glacier region. While the first part of my Great West Coast Road experience was stunning, the second part would blow it away.