I recently wrote about four travel styles that are so iconic that everyone should really try them at least once. High on that list for me personally was an epic train ride, which I finally experienced in New Zealand when I boarded the famous TranzAlpine scenic rail for the stunning trip through the Southern Alps.

It was still dark outside when the cab arrived to take me the short distance to the Christchurch Addington Railway Station. Even though the first snow had yet to fall, it was definitely winter in Christchurch and I could see my breath as I left the hotel. I was excited. The TranzAlpine was at the top of my New Zealand wish list and I almost bounced as I approached the ticket window, ready to start the adventure. 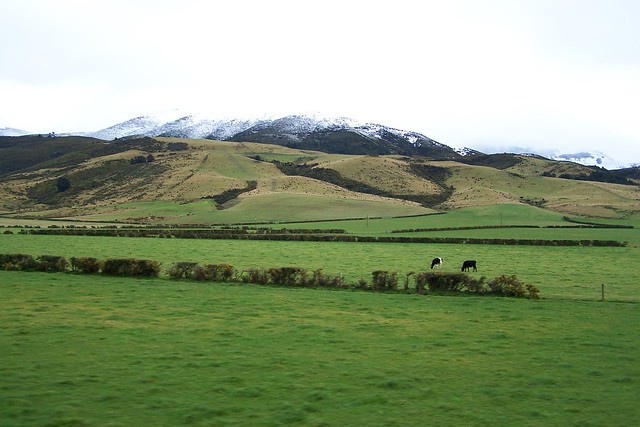 Passenger trains have operated between Christchurch and the West Coast since the 1920s. Even though the technology advanced through the decades, it wasn’t until the introduction of the TransAlpine in 1987 when same day, round trip sightseeing train trips became possible. The epic train journey starts in Christchurch and makes the four hour climb through the Southern Alps to reach Greymouth on the West Coast.

The train was busy the morning I rode but it was winter, so the journey wasn’t sold out. I found my assigned seat, thankful to see no one around me and settled in next to a giant window ready to enjoy the sights. Soon we began the slow chug out of the station and we were off on one of the truly great train journeys of the world.

The first part of the journey was through the Canterbury Plains which, while pastoral and pleasant, were kind of boring. Butterflies filled my stomach as I looked forward to the real treat of the trip through the massive mountain ranges of the South Island. I didn’t have to wait long though, soon the mountain peaks could be seen in the distance.

The landscape changed slowly but steadily, replacing the farms and open fields were streams running through deep valleys with some of the bluest water I have ever seen. It just looked pure, untouched. As soon as we saw our first mountains I decided to entrench myself in the observation car.

I was in too much awe of the Southern Alps though to leave. I’ve never seen an area of the world that is so consistently gorgeous, but New Zealand surprised me at every turn. The train chugged along passing through the heart of the intimidating mountains, dusted with early snowfall. Later in the winter the mountains would be completely white instead of the powdered sugar dusting they had during my visit.

The train made a few stops on the way to Greymouth to be pick up new passengers and to let everyone disembark and take photos. One of my favorite stops was in the heart of the Southern Alps, Arthur’s Pass.

Only 50 people live there today, but in the past it was an important village during both the gold rush and the building of the Otira tunnel, one of the longest straight tunnels in the world. As I stepped off the train onto the lonely platform, the first thing I noticed was the crisp, cold air. It was the kind of air that at once takes your breath away, but energizes you at the same time. It was a feeling of pure nature, untouched by pollution or human encroachment. 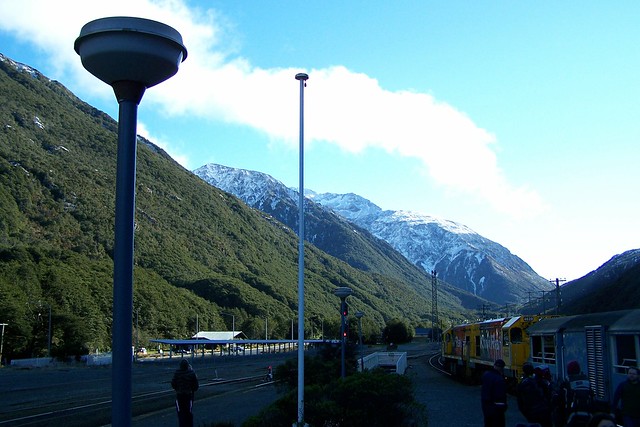 We rolled past giant aqueducts, mountain gorges and around stunning mountain passes. I could have taken photos constantly for hours and still would have missed capturing some of the scenery. I stopped after a while, more content to experience the beauty of the region firsthand and not through a view finder. The Southern Alps region is one of those areas that I suspect no photo will ever do proper justice – you just have to experience it for yourself. 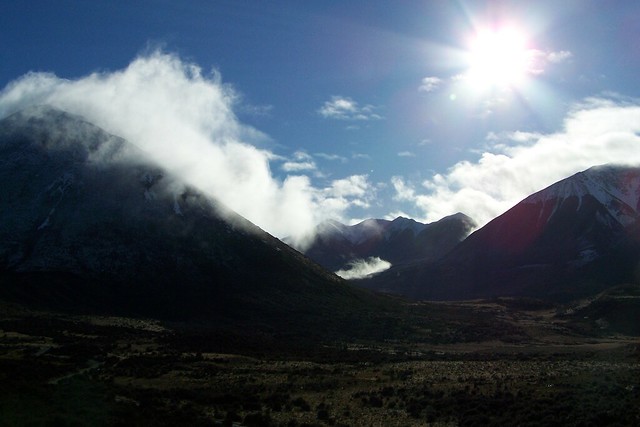 Before I knew it, the short four hour journey was over and I found myself in the gold rush era outpost town of Greymouth. It was an odd feeling being so close to the coast and the Tasman Sea after having spent the morning meandering through one of the most amazing mountain ranges in the world. I grabbed my bag and slowly de-trained, not wanting the trip to be over but excited to explore the West Coast. I’m not the first person to feel that way, the train ride builds up such excitement that rather than being the end to a journey, it’s the perfect beginning.