The Madaba Map in Jordan

It was hard leaving the Red Sea resort town of Aqaba, one of Jordan’s great cities, but I knew we had to keep moving. I was on a whirlwind trip of the country and eager to head back north to continue our exploration. I was particularly excited that day because we were driving towards Madaba and its artistic treasure. 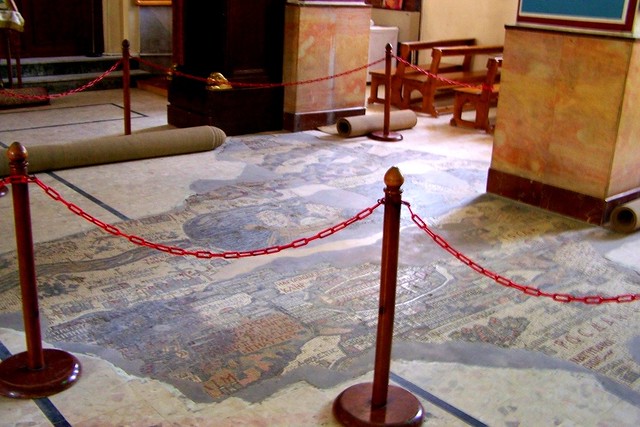 Madaba is an easy 30 kilometers from Jordan’s capital, Amman and is home to the famous Mosaic Map. Covering the floor of the Greek Orthodox Church of St. George, the map dates from the 6th century and is the oldest surviving mosaic map of the Holy Land. While some of it has been destroyed, much is still intact and the huge map, which took more than 2 million mosaic pieces to complete, is simply stunning. 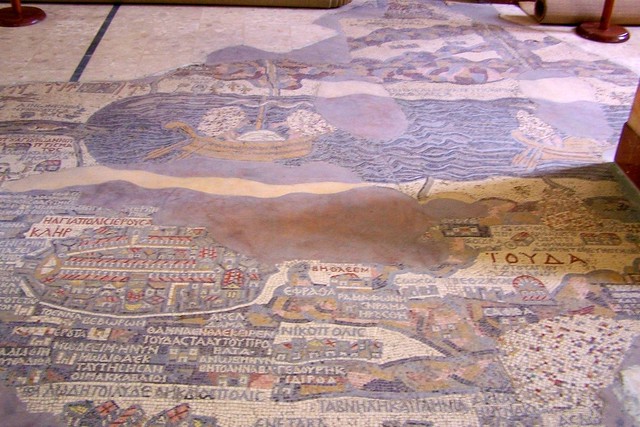 The map can be a little confusing to figure out, especially since isn’t oriented like most maps with north on the top. Instead the map is oriented towards the east, like the church itself. The mosaic map does indeed feature most of the Holy Land with Jerusalem, the Dead Sea, Karak and even Egypt included.

One of my favorite parts of the mosaic map is the depiction of Jerusalem which includes the city walls, the Roman cardo or main road and the Church of the Holy Sepulchre. 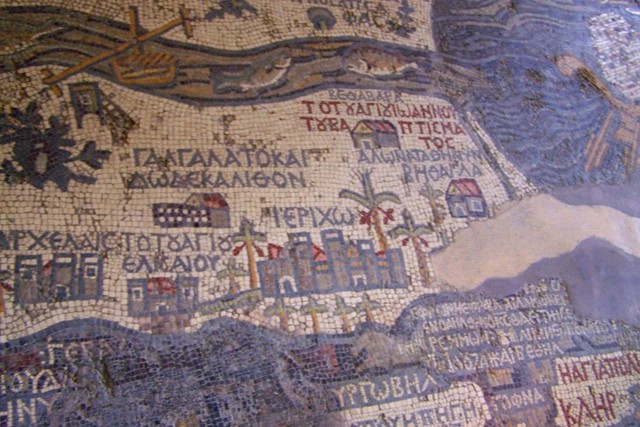 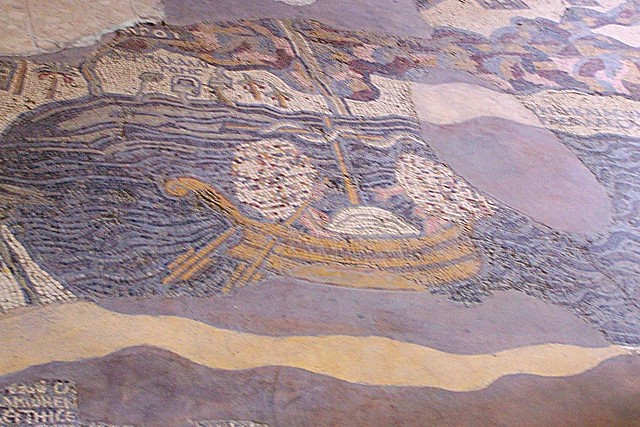 My other favorite parts of the map are the fish in the River Jordan, desperately swimming upstream away from the Dead Sea and the palm tree encircled Jericho. Jericho is still known as the City of Palm Trees and it’s humbling to see the same representation from another age. 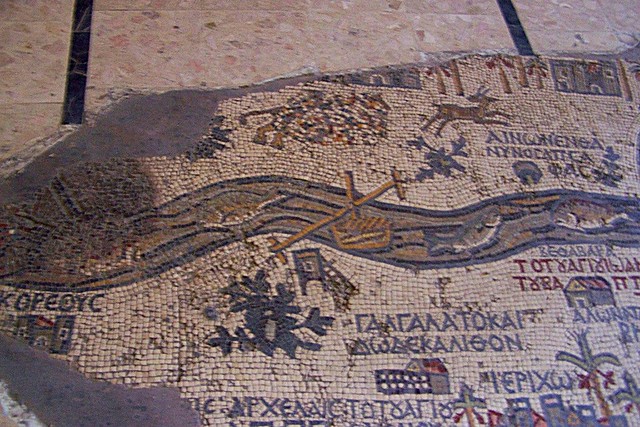 More than just a piece of art, the map has proven extremely useful to religious scholars. It provides secondary proof of places long lost to history and before only vaguely referenced in questionable religious texts. It’s also helped archaeologists locate lost sites such as the location of Askalon and key features of ancient Jerusalem.

Madaba is a must-stop city for anyone with an interest in art, history and who want to learn more about how the two so many times intersect.

2 thoughts on “Exploring the Mosaic Map of Madaba”