I’ve written about the various tourist activities in this North Island travel destination, but there’s just something about the New Zealand lake town that I couldn’t quite put into words. Looking back on my time in Rotorua, I think it has everything to do with the smell.

It was early and cold when I drove into Rotorua, I was still jet lagged and left Waitomo well before dawn. As I crossed the city line into Rotorua, I noticed it. I glanced into the back seat worried I had left something there, but found nothing. What I didn’t realize was that the slightly foul odor would define my time in Rotorua.

The smell was bad, that much can be said without doubt. It was sulphuric with undertones of rotten eggs and something more earthy, for lack of a better term. It reminded me of driving along the Potomac in Southeast Washington, DC. It was an unpleasant smell that seemed to come from nowhere.

It also seemed to follow me, from the farms to the Zorb and it got worse the closer to the city center I got. Finally, by the time I arrived at the Novotel in central Rotorua I was starting to get worried that something was wrong with my rental car.

The hotel was stunning and I was a little nervous that whatever stench had attached itself to me would permeate the upscale hotel. I quickly checked in and retreated to my room for fear of imparting my stench to others. I was horrified when I still smelled it in the room even after a shower. What the hell was going on?

At this point I have to say that even the most minimal of research about Rotorua would have assuaged my malodorous concerns, as I learned when I left the hotel to visit the Polynesian Spa. 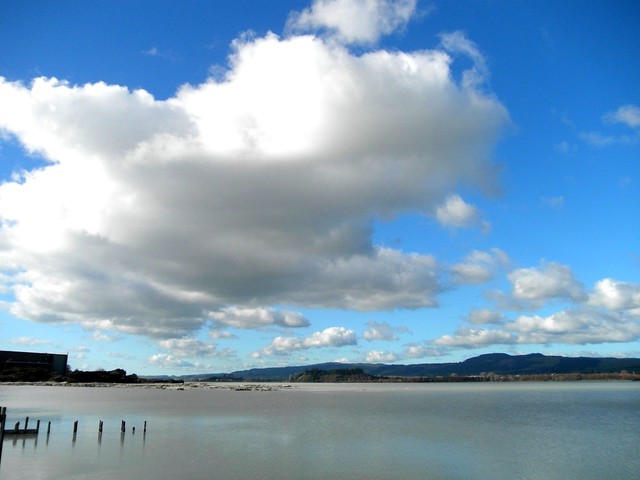 As I got closer to the Spa, one of the oldest thermal pool facilities in the country, the smell got worse. Like a scientist tracking patient zero, it seemed that I was approaching the source of the sulfuric smell, and indeed I was.

I pulled into the parking lot and walked around the corner of the building to look out over Lake Rotorua. The sun reflected off the yellowish-green hue of the water, rocks closest to shore were covered with a white residue but, more importantly, it was smelly.

The Rotorua region is rich with geothermal activity, geysers and bubbling mud pools dot the landscape. While the lake has more sulphur than normal due to this natural phenomenon, the smell really comes from the various geysers and thermal pools found close to the lake. The Polynesian Spa was built over these acidic pools and has been soothing aching muscles with the waters for more than a century. 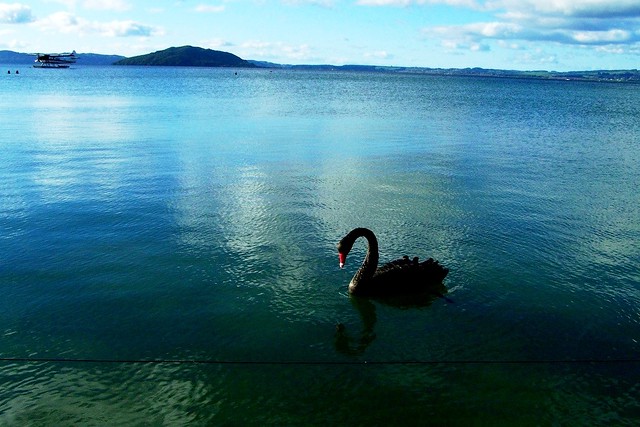 After enjoying The Cure at the spa, I walked around town and ended up lakeside once again, watching the black swans float along like majestic funeral barges.

The smell had vanished, well to me at least. I’m sure it was still there, but I no longer noticed it. Instead I looked out across the lake and fell in love with this quirky and slightly smelly town.

6 thoughts on “What’s that Smell? Defining the Indefinable at Lake Rotorua”