The entire impetus for my trip to New Zealand was because of Christchurch. Earlier in the year, I participated in a remarkable project designed to promote New Zealand as a tourist destination after the earthquakes in Christchurch. New Zealand Tourism liked my posts, so they sent me to New Zealand for a week to explore the country. Something I’ve been struggling with though is how to actually talk about Christchurch. 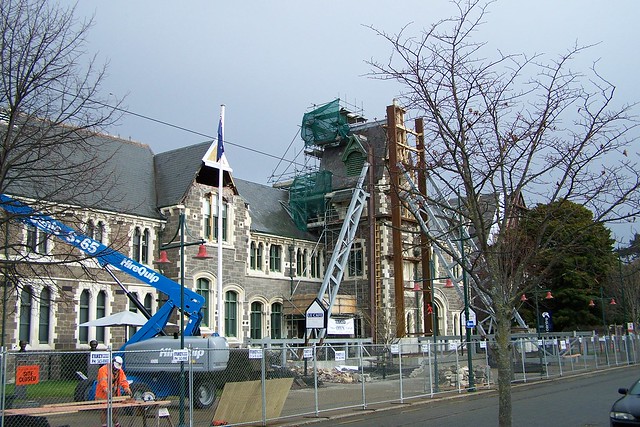 The first earthquake took place on September 4, 2010 and was a 7.1 magnitude quake that hit 25 miles west of Christchurch on New Zealand’s South Island. It was, without question, a devastating earthquake, but it was the 6.3 magnitude aftershock that hit on February 22, 2011 which was the monster.

The February quake was centered just six miles south-east of Christchurch and resulted in significant property destruction, particularly in the city’s Central Business District, and the loss of 181 lives. It was this quake that changed life forever in Christchurch. 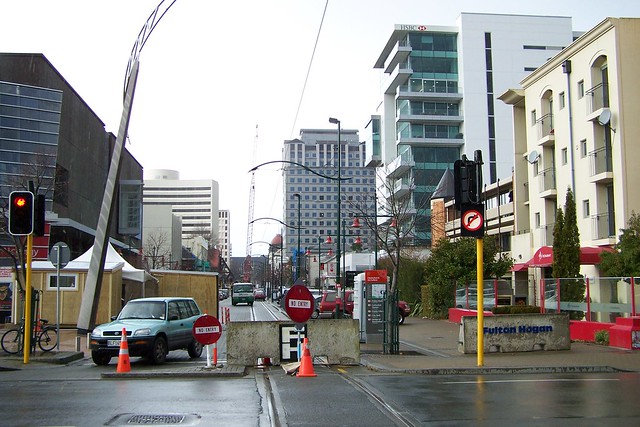 Since the February quake, city officials have had to deal simultaneously with the process of cleaning-up and a significant loss in tourism, an important sector in the region’s economy. I spent my third day in New Zealand touring Christchurch, escorted about town by a French expat turned tourism official named Cecile.

Cecile was frustrated, understandably. Christchurch desperately wants to get back to normal life, but it hasn’t been easy. There is no history of seismic activity in the area, and the earthquakes both scared and depressed the local citizenry. Cecile was frustrated because she wants tourists to return to the city, to enjoy what the city still has to offer, but she knows it will be a slow process.

The message I walked away with is that there are still things to do in Christchurch, which is true. I spent the morning at the Antarctic Centre and had a great lunch at a nearby restaurant. But I felt like we were both ignoring the elephant in the room until we started walking around the Central Business District (CBD).

The downtown area of Christchurch, the CBD, was very much the heart of the city. The famous Cathedral, punting along the Avon and a variety of markets and shops combined to make the downtown core a very important aspect of life in the city. Today, the CBD is fenced off, just beyond the perimeter you can see collapsed buildings, shattered glass and construction cranes. It’s as if the heart of the city has been removed, even if it’s only temporary.

That’s why I struggled with how to discuss Christchurch. I want people to visit, I had a great time and it’s the perfect introduction to the South Island. BUT, I also can’t ignore the damage both physically and spiritually done to this great city. So instead of ignoring it, I want to embrace it.

I think people should visit Chritchurch and enjoy what there is still to do, but to also walk along the perimeter of the CBD and to witness first hand both the living monument to the loss of a way of life as well as Christchurch’s rebirth.

Rebuilding isn’t going to be easy, metropolitan politics are never simple to sort through and bureaucracy necessarily slows everything to a crawl, but it will happen. In the meantime, there are stunning examples of determination and pride that everyone should bear witness to in person.

As we were walking along the fence protecting the devastated areas, there was a small cheese shop. The Canterbury Cheesemongers have what was a prime spot in Christchurch; today it is one of the few outposts along the dreary fence line. But there they are, selling cheese and servicing a dedicated clientele. That’s ultimately how Christchurch will rebuild. Not through government mandates or the lofty plans of developers, but through citizen action. The people who live in and love Christchurch are the ones who will bring back that spirit of pride and determination which still pulses just below the surface.

11 thoughts on “Finding the Words for Christchurch”