Addicts feel certain compulsions, it’s the nature of the beast. As a travel addict I go through bouts of longing, that’s really the best term. My schedule usually assuages this primal urge to be in motion, but sometimes it doesn’t satisfy the itch. It’s not just the act of travel for which I long, it is specific experiences.

Lately I’ve been aching, yes aching, to go to the Caribbean to live the island life. I don’t know why, I’m not really a big beach person and the idea of not having a day’s worth of activities planned out makes me sort of anxious. Nonetheless, there is nothing I want to do more than to find a beach bar in the islands and encamp for a couple of weeks.

Ultimately, I blame Jimmy Buffett. In 1977, the moderately successful country-ish artist Jimmy Buffett released the album Changes in Latitudes, Changes in Attitudes. Included in this soon to be revolutionary record was the song that would not just change Buffett’s life, but the lives of millions of others – Margaritaville.

I blew out my flip flop,
Stepped on a pop top,
Cut my heel, had to cruise on back home.
But there’s booze in the blender,
And soon it will render
That frozen concoction that helps me hang on.

The song wasn’t only popular in the charts that year, it went on to define the life and career of Jimmy Buffett. It also created a subculture of not just Buffett enthusiasts, but true enthusiasts of what is called the island style of life.

I’ve written about the danger of travel illusions before, how the dream of a trip so unattainable in its perfection does more harm than good. This same phenomenon exits for island life enthusiasts, the desire for something that is the antithesis of one’s daily life. 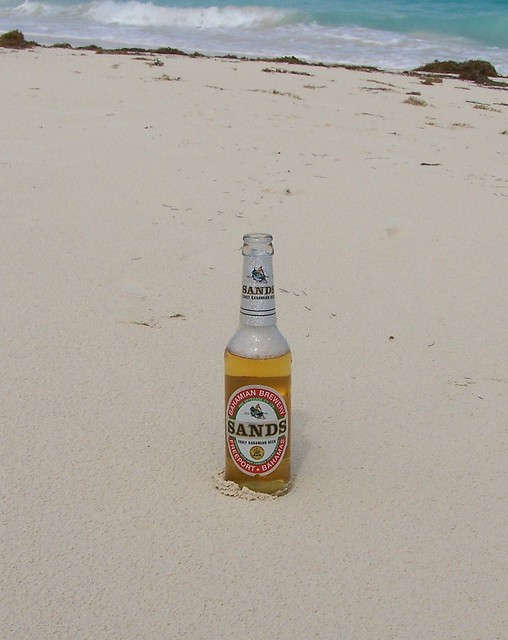 When it comes to this category of travel dreaming however, I don’t think there’s anything wrong with it. Since man first evolved from the swamps, we have always wanted that which we don’t have. Our lives are sort of blah, but surely, somewhere, there is the potential for the perfect life. That’s where paradise-lust comes from, and I’m just as guilty as anyone else.

The reason why dreaming of living on a remote Caribbean island isn’t harmful is because it’s much more than just a travel destination – it’s a personal philosophy.  Completely by accident, Buffett didn’t just create an empire based on a shaker of salt, he put a name to a way of living. People who enjoy the island life do so wherever they are, be it St. Kitts or Dayton, Ohio. Palm trees and sandy beaches are just peripherals to a different way of looking at life. A way that is more accepting, tolerant and certainly laid back.

There is something just so damned awesome about the idea of giving it all up, moving to a miscellaneous Caribbean island and living the Margaritaville lifestyle. Most of us can’t do it full time, but there’s nothing wrong with the mindset of taking life slower and enjoying it more. There’s nothing wrong with spending a week or two on vacation in these beautiful spits of land, channeling your inner Jimmy Buffett. There’s nothing wrong, ultimately, with wanting to enjoy some of the joy and relaxation that really well done travel experiences can give us.

So until I can find the way to my own Margaritaville, I’ll be sitting back on my patio, Buffett cranked as loud as it’ll go, enjoying a Sands beer and thinking of my next island adventure.

What sort of travel experience makes you really want to hit the road?