The first time I heard the word “Zorb” was during a Twitter travel chat about Australia and New Zealand. After some research, I quickly learned about the Zorb phenomenon and I knew that I had to find a way to try the human hamster ball.

The term Zorbing is defined as “a sport in which a participant is secured inside an inner capsule in a large, transparent ball which is then rolled along the ground or down hills”. Calling it a sport is a bit dubious, but this definition truly doesn’t do the experience justice. Imagine a giant hamster ball with a small sphere in the middle. Then imagine some water, a person, a giant hill and you have zorbing. 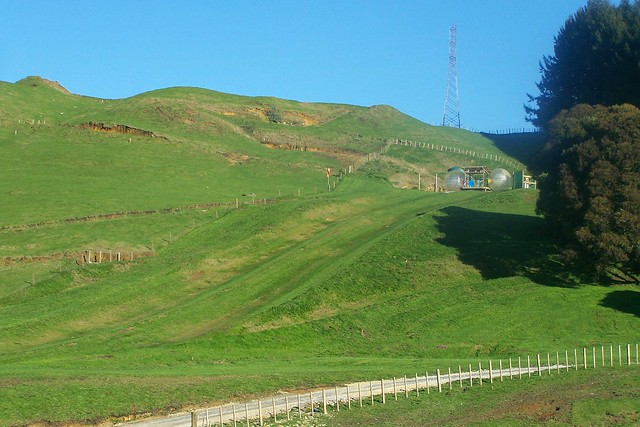 Technically though Zorb is just one of the purveyors of this activity, there is also OGO (Outdoor Gravity Orb), which was started by the original creators of the Zorb and my hosts for the activity.

I left Waitomo early, well before sunrise, and made the relaxing drive east to Rotorua, home to the famous thermal spas and smelly waters of The Cure. Lake Rotorua is a major tourist destination, and there are a wide variety of activities in the area to amuse happy holidaymakers. I was excited and, even though it was freezing that morning, I couldn’t wait for the OGO experience.

At first I wasn’t going to do the water version of the hamster roll. It was 2 degrees Celsius, about 35 degrees Fahrenheit, and the idea of being thrown into a ball filled with water sent shivers up my spine. 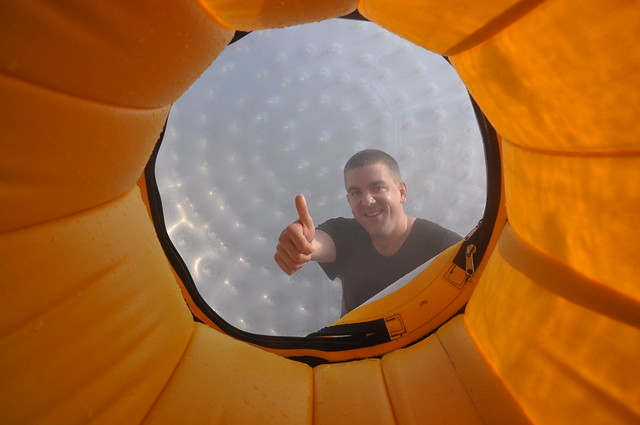 New Zealanders have such a zest for their adventure lifestyle though, that it’s hard to say no to their excited logic, and I soon found myself in front of the giant ball, which was indeed being filled with water. Luckily, it was warm water and they really don’t add that much, just enough to make it fun.

There’s a hole on the side of the ball leading directly to the inner ball. The staffer told me to “dive in headfirst, like Superman.” Before I knew it I was in, the hatch was closed and the ball began to roll. 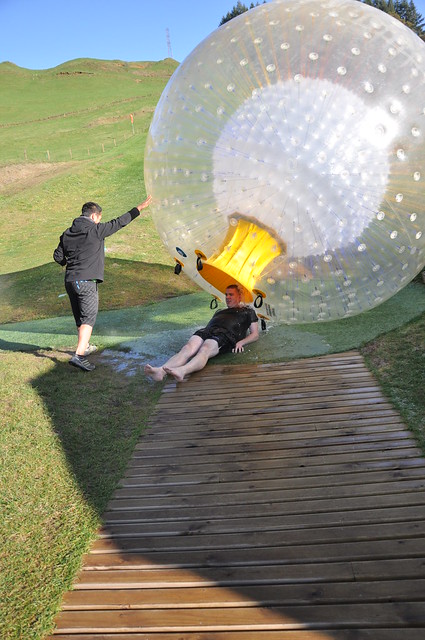 If you’ve ever wondered what it must feel like to be in a washing machine, zorbing is as close as you’ll get. As the giant ball rolled down the hillside track, I found myself sloshing about in all directions, never in the same spot for more than a second.

Even at the time, in the confusing world of diffused light, water and a little uncertainty, I knew I was having a blast. In real time, the roll couldn’t have lasted more than 30 seconds, but it felt like an eternity to me, and I loved it. Rolling around in all directions, I felt like an old sock but the ride was a rush. I’ve never experienced anything like it before.

Just as fast as it started, it ended, and as I indelicately extricated myself from the great plastic orb I looked up at the staff person and said, “I want to do that again!” Sadly, I wasn’t allowed to play in the hamster ball all day, but I easily could have. There is a unique quality of pure, unadulterated fun inherent in the OGO experience, I just had to keep the spirit alive.

Luckily for North Americans like myself, we don’t necessarily have to travel to Rotorua, New Zealand for our zorb fix, there are several locations in the US and Canada. But for the true Kiwi experience, there is nothing like OGO in Rotorua.

9 thoughts on “What is Zorbing – OGO, The Human Hamster Ball”