Located next to the Kasbah Mosque in the Marrakech medina rests the hauntingly beautiful Saadian Tombs. Built in 16th century, the ornate tomb complex is the final resting place of Sultan Ahmed el-Mansour, who gained his wealth through the sugar and slave trades. 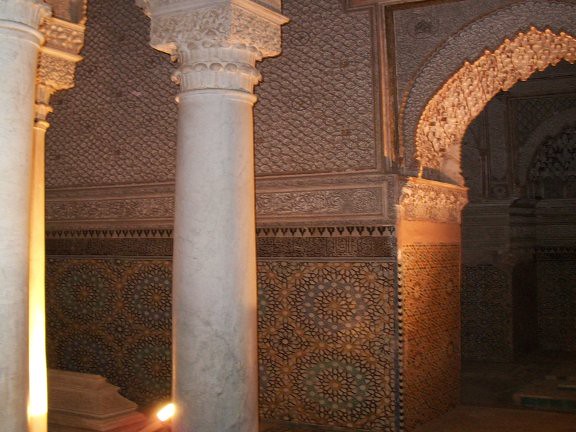 The tombs were only rediscovered in the 20th century and the passage of time has dulled some of the finery that once marked these tombs. The star of the site is the Chamber of the Twelve Pillars, the final resting place of the Sultan himself, which explains the Italian marble and gilt stucco. The rest of the tombs throughout the complex belong to the Sultan’s wives, children and servants.

Perhaps sealing the tombs for more than two-hundred years was a good thing after all, the preserved design and architectural detail make the Tombs a must-see for anyone interested in Islamic art and design.

1 thought on “Travel Spotlight – Visit to Saadian Tombs in Marrakech”