I lumbered off the plane after twelve-not-so-short hours in the air into the bustling city of Amman, Jordan jet lagged, but hungry. I knew that it was one of the few evenings I had completely to myself before starting my Jordan experience hosted by the Jordan Tourism Board, and I wanted to make the most of it. So, naturally, I lost no time finding the nearest shisha cafe.

Shisha is a flavored tobacco smoked through a large hookah, otherwise known as a water pipe. While it’s origins are decidedly Eastern, this relaxing activity has spread and you can find shisha cafes around the world.

It wasn’t my first time with the shisha, we have some themed cafes here in D.C., but it had been a long time and it was my first time enjoying it outside of the U.S. Shisha is extremely popular not just in Jordan, but throughout the Middle East and is usually joined by animated discussions and never-ending games of backgammon. 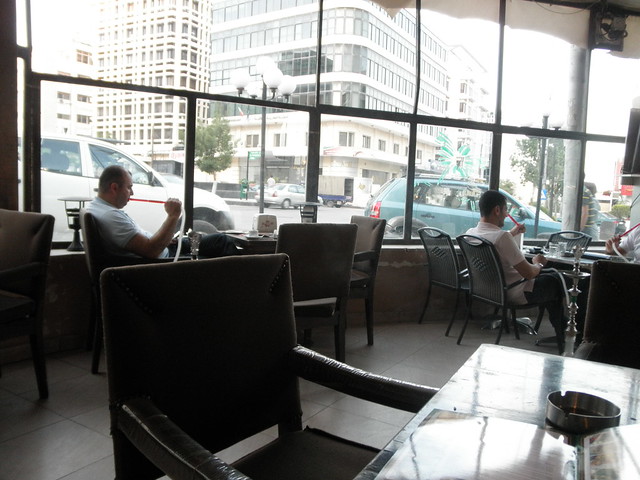 Even though I knew what it was and how to smoke it, I was a little nervous. I was traveling solo and about to enter into a common Jordanian pastime not with other tourists, but other Jordanians. I wasn’t sure I knew all of the social etiquette involved and was worried about committing some unintentional offense.

After checking into the Amman Marriott, I walked a few blocks to an area packed with shisha restaurants. They were separate establishments, but all were set up in the same way. There was outdoor seating filled with dozens of tables and hoards of servers, each waiting for the evening rush. I approached the closest cafe and sat at a table, waiting to be offered a menu or shisha selection or something. The waiter approached, dropped a juice box of water on my table and left. And that was that. All of the waiters stared at me and I stared back. I tried asking them how to order, but was met with a few shrugs.

Thoroughly confused and a bit embarrassed, I left but wasn’t deterred from enjoying some shisha that evening. I decided the mega-cafes weren’t going to work out, so I rounded the corner and instead found a little neighborhood restaurant, already filling up with tobacco swirling backgammon enthusiasts.

After a few minutes I knew I was in the right place, and before I knew it I had a hookah with apple flavored shisha next to me.

Smoking a shisha is not a difficult experience, especially if you have any experience smoking anything. The mouthpiece is disposable and a new one is opened for guests, so no worries about hygiene issues. The attendant places a couple of blocks of the tobacco over the coals and that’s it – it’s then up to the smoker to do the rest. 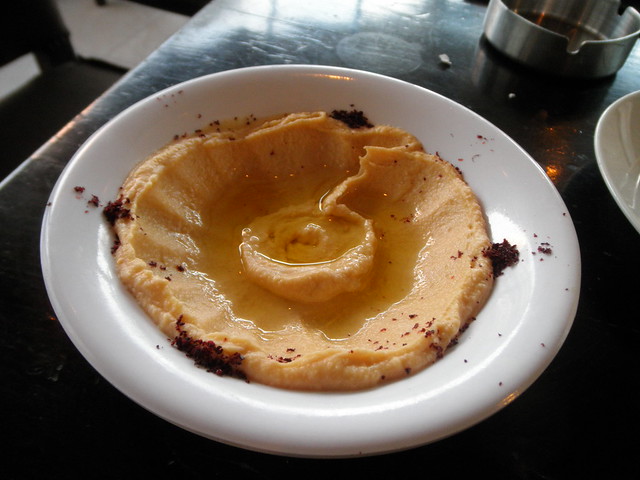 It’s easy to feel relaxed just from the simple act of smoking one of these ornate devices. I always feel like the Caterpillar in Alice of Wonderland, sitting back looking casual but with a certain air of authority.

At first a few patrons gave me quizzical glances, but seemed to lose interest once I showed I knew my way around the water pipe. I had some juice, ordered a meal and did what everyone else was doing – not much at all.

After a while, and some snacks, it was late and I called it a night. That evening though is one I remember most clearly, not for any panoramic views or special menus, but for the purely real experience of finding out what it’s like to live in the great city of Amman, Jordan.

10 thoughts on “Fumbling with Shisha in Amman Jordan”