I like small towns, always have. I grew up in towns of middling size, each grasping on to the moniker “city” with all their might and not without a sarcastic glint. So when I rolled into Wanaka just after sunset on the next to last day of my New Zealand trip, I knew I would love it.

Wanaka prides itself not on a jet setting lifestyle, or hurly burly tourist attractions. Instead the residents let the natural beauty and calm of the lakes and mountains speak for themselves as they invite newcomers to just sit back and relax.

Following an Olympic pace through the North and South Islands of New Zealand, a bit of a slow-down was a perfect way to catch my breathe and reflect on everything I had seen.

I had been looking forward to my first activity of the day for quite a while: jet boating. I love the water and hadn’t been able to experience New Zealand waterside, other than a slosh in a Zorb. 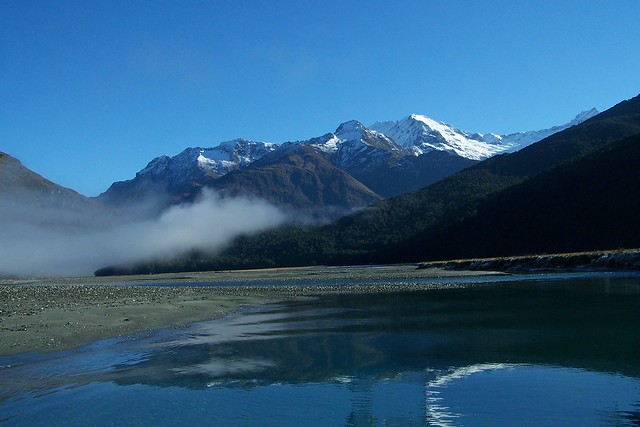 At the dock was the captain, Brent, a twenty-five year veteran of the region and a daring jet boat captain. In spite of the epic, pea soup-like fog, we skimmed across the lake down tiny streams with barely an inch of standing water until we were finally able to see the Misty Mountains of Lord of the Rings Fame.

It was cold though, so once I returned dockside and my feet had thawed sufficiently, I walked (you can walk everywhere in Wanaka) up to a great local winery, Rippon. New Zealand is famous for its amazing wines, and I was on the cusp of entering into one of the great wine producing regions of the country. High above Lake Wanaka though sits Rippon, almost as famous for the beauty on which its vineyards sits as it is its wine. 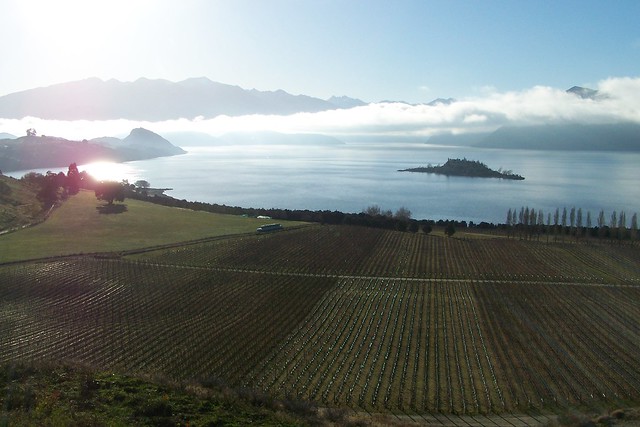 My leisurely day in Wanaka concluded at the quirky but instantly loveable Cinema Paradiso, a fun, cinema/café.

The next morning I gave a found farewell to the little hamlet I had come to love, and drove through the mountains to another alpine village, Queenstown.

Queenstown is an epic ski village of international repute, a fact you’ll learn instantly upon entering city limits. The residents though were a little cranky when I visited because, although it’s winter, there hasn’t been any snow. Ski bums were depressed and snowboarders were forced to sit in the local bars and drink even more than they would normally. 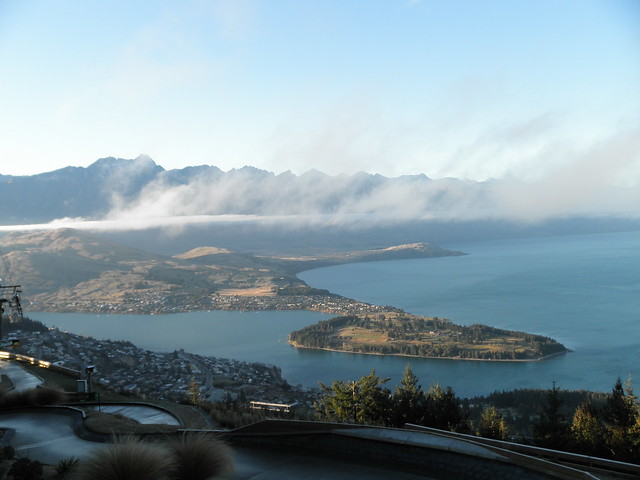 I’m not a skier though, so I wasn’t at all concerned. Instead I was there for some adventure travel. Unfortunately, due to some sort of SNAFU beyond my control, bungee was not to happen. And no, I didn’t chicken out, I honestly tried but it was a no-go. Instead I spent a very chilly morning with the newish zip-line company – ZipTrek Ecotours.

I had only been zip-lining once before, and it wasn’t exactly a fun experience. I’ll save the details for a separate post, but ZipTrek surpassed all expectations and delivered a fun, pain free experience while also engaging in some cool sustainable tourism trends. Like I said, more later, but I highly recommend them.

And that’s it! My epic odyssey in New Zealand has come to an end. I’m typing this in the Auckland Airport, awaiting my flight to begin the slow slog home to D.C. I’m going to be writing a lot about New Zealand in the coming weeks and months, but one fact is certain – I have fallen in love. I always enjoy new travel destinations, but New Zealand is different. I really love it here and I can’t wait to return and see what else these great islands have to offer.

Very special thanks to Tourism New Zealand and Air New Zealand for making this trip possible.

5 thoughts on “Lakes, Wine and No Snow – Meandering Through Wanaka and Queenstown New Zealand”