On the third day of my ambitious “See New Zealand in a Week” trip, I flew from beautiful but smelly Rotorua to Christchurch, the focal point of my trip. I’m here as part of the #Blog4NZ Project, and I was eager to see the city and how it’s recovering from the February earthquake for myself.

I was met at the airport by an energetic and charming representative from Christchurch Tourism, Cecile. Turns out her perspective on the city made a standard tour into a fascinating look into the city and how it is recovering.

Contrary to popular misconception, there’s a lot still open in Christchurch and plenty to keep anyone occupied for several days, if not longer. I only had a day, but I was determined to make it count.

We started out at the Antarctic Center, which is actually a really well done facility. I didn’t realize it at the time, but most Antarctic scientific expeditions are based in Christchurch. After I stopped gawking at the incredibly named United States Antarctic Program Passenger Terminal, I entered the Center for the experience.

I dodged the school groups, and started wandering around the exhibits, learning a lot about life in Antarctica. My personal highlight though was the Backstage Penguin Experience. I didn’t get to actually hug a penguin, but I did nudge one a bit. 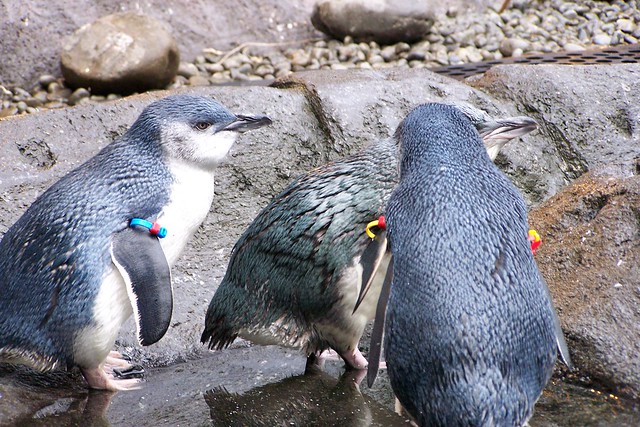 The afternoon was spent driving around town, looking at the areas of the city untouched by earthquake damage, followed by a walking tour of the most devastated areas.

The heart of the city is the Central Business District (CBD), and that coincidentally was the hardest hit during the February disaster. It was sobering and a bit sad to walk around in the cold, rainy winter’s day looking at the empty lots where buildings once stood and still others that were destined for the wrecking ball. 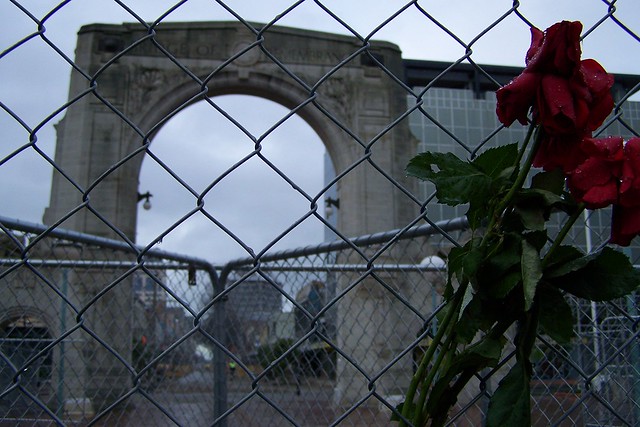 Throughout all of this chaos, Cecile remains optimistic. She’s excited for the future of Christchurch and the new downtown that will emerge from the rubble. Almost on cue, we rounded a corner and there stood an open shop, a rarity in that part of time at the moment. Canterbury Cheesemongers is just that, a gourmet cheese shop, and it remains open adjacent to some of the hardest hit areas of town.

The shop itself was great, delicious cheeses, breads and most importantly, patrons. This little store selling cheese had become, without intending to, the very real face of the determination I felt throughout the city to get back to normal life. It was an incredibly happy experience and I finished my stay in Christchurch not feeling sad, but feeling excited, along with Cecile, for the future of the Garden City.