While Jordan enjoys lush areas in certain parts of the country, and even large nature reserves, the fact is that large swaths of this Middle Eastern nation is desert. That doesn’t mean to say that it’s not beautiful, it’s stunning, and I discovered an inherent and awesome (in the real sense of the word) beauty that I simply wasn’t expecting. I also didn’t expect to find a luxurious oasis of thermal waterfalls either.

We drove from Mt. Nebo, where Moses first saw the Promised Land before promptly dropping dead, and not unlike the wandering tribes, we were hot and tired. The old Toyota chugged up the desert mountain, the oily shimmer from the nearby Dead Sea catching the afternoon sun when we turned a bend and suddenly saw our own Promised Land, Hammamat Ma’in.

The Ma’in canyon is a slash of land through which thermal springs bubble up and cascade over the cliff face in a series of stunning thermal waterfalls. This area is great for hiking and exploring, but the spas steal the show, as they have since Roman times.

As soon as I checked into the Six Senses Ma’in, I wish I could have spent a week in the relaxed and luxurious hotel/spa. I’ve stayed at a lot of nice hotels and resorts around the world, but I wasn’t prepared for the spa mentality that is so pervasive throughout the resort. Everything is just so relaxed and calm and healthy-ish. 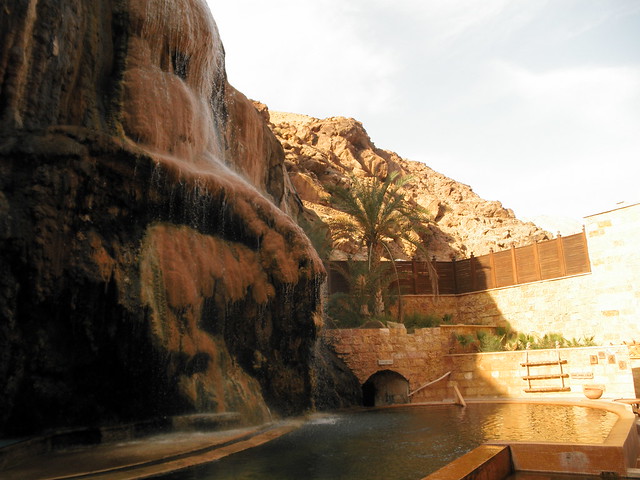 I knew what I wanted to do, and quickly donned my swim trunks and made a beeline for the nearest thermal spa. I’d never visited one before, and couldn’t wait for the experience. There are a series of pools available, from free public ones to the private spa pools and waterfalls available at the resorts.

It was the middle of the week and late in the day, so I was only one of a few who decided to seek the curative powers of the steamy water. For the next hour I enjoyed Mother Nature at her luxurious best as I sat beneath the strange waterfalls, steam wafting as the water found its way into the pools below.

I sat back and realized that only on rare occasions has this tightly wound, Type A Washingtonian (me, I’m not good talking in the third person) been so relaxed. While fleeting, it was a moment of true and utter contentment that I wanted to go on forever.

Reluctantly I left the pools, ok I was escorted out by security, and spent the rest of my short time in Ma’in doing little else other than sitting, admiring the landscape lost in my own thoughts. At night a million stars came out, including the tiny twinkles from not-too-distant Jerusalem.

Many countries would be thrilled if a place like Ma’in were the alpha and omega of its natural offerings, but Jordan is lucky. This amazing place is just another example of what makes Jordan a nature lovers vacation paradise. 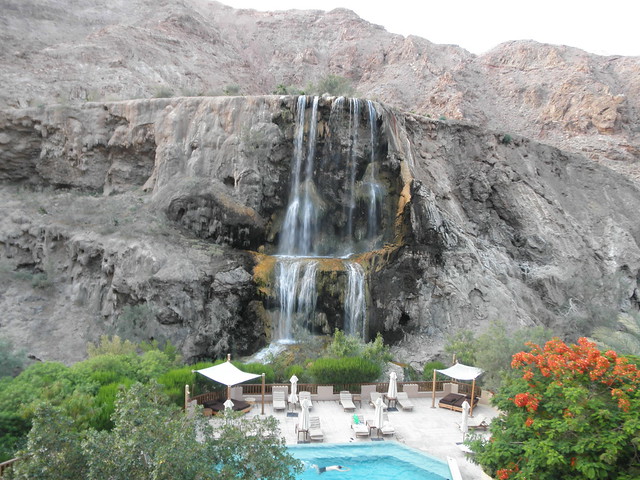 6 thoughts on “Getting Lost in the Thermal Pools and Waterfalls of Hammamat Ma’in, Jordan”