When I first saw my schedule from the Jordan Tourism Board, I got very excited. They were kind enough to invite me to explore their country, and I couldn’t wait. I love history and I knew that Jordan’s influence in the region and in world history through the millennia was considerable and I hoped to be able to see some of the remnants for myself. Ancient desert retreats, crusader castles and Roman cities all filled my travel dreams. That’s why I was a little surprised at my initial reactions.

I’ve toured ruins and ancient places all around the world. I love learning about the civilizations that built them and how they once functioned. But for whatever reason, in the beginning of my trip to Jordan I just wasn’t feeling it.

The first day we drove out to the so-called desert castles, a series of 1,200 year old desert getaways that served as oases, meeting places and retreats for the Umayyad elite. Once I began walking around them though, I just couldn’t connect – I couldn’t get a feeling for what they were like or, more importantly, what their lives were like. The same experience followed me to the crusader castle at Karak, a shell of its once former greatness. Walking around the ancient corridors and gazing over the ramparts, I felt disappointed and I started to get worried. This wasn’t like me at all, I didn’t understand why I wasn’t connecting and I feared that this feeling would follow me throughout the week in Jordan.

Let me back up and say that I don’t think my initial apathy was the fault of the locations. I think that had I been in Turkey, Italy or anywhere with ancient ruins, the feelings would have been the same. It appeared, at first, that after years of touring them, I had simply lost interest in ancient places.

Then we hit Petra.

I had high expectations for Petra, as does everyone who visits this Wonder of the World, and the visit is an Experience (intentional emphasis). More than reliving some Indiana Jones fantasies though, it transformed my trip and brought my love of antiquity back from the brink. 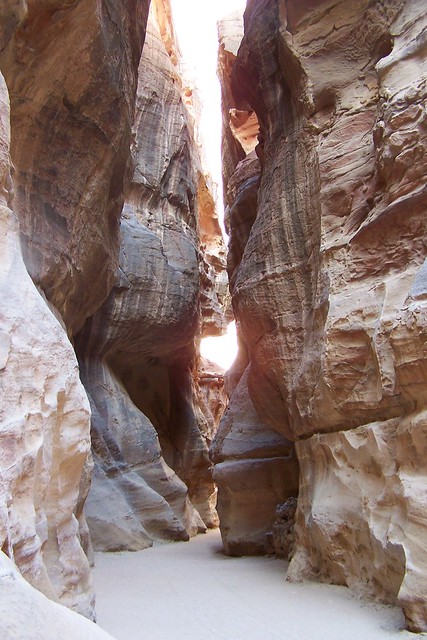 The first thing that surprised me about Petra was its size. The only pictures I had ever seen were of the Treasury building, the iconic image found in movies and brochures around the world. But there’s so much more. Petra was a large, Nabatean city, an important outpost through which caravans with goods passed on their way to the far reaches of the known world.

Walking on foot through the Siq canyon is the perfect introduction to the city. Along the way are a combination of stunning natural rock formations, as well as ancient clues to the magnificent city just beyond. Shrines, reliefs and statues lined the sides of the Siq, preparing the initiate for the glories just beyond. 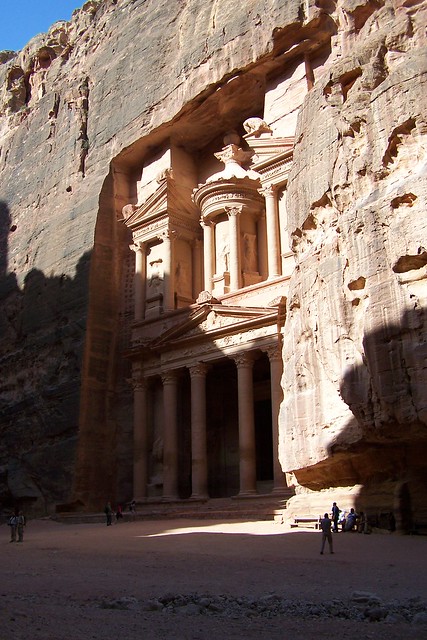 The Treasury is amazing, there’s no doubt there. Its scale and detail are awesome, and one begins to wonder how such a structure could ever have been built, particularly thousands of years ago. Not really a Treasury it, like most of the other structures carved out of the rocks, was a tomb, surprisingly small inside given the scale of the facade.

After the requisite photos and gazing at the Wonder, I turned to my guide and asked “Now what.” He just smiled and said, “We walk.” 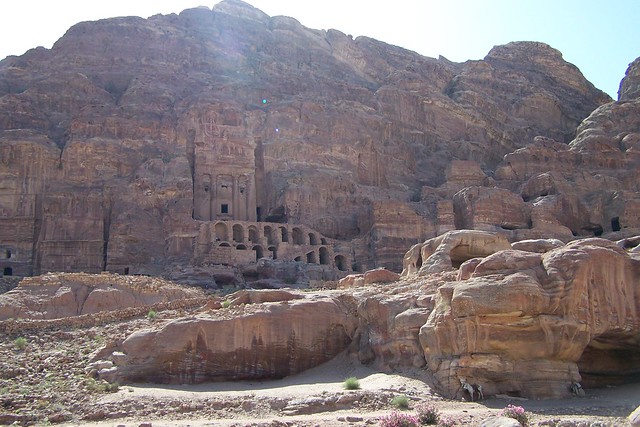 And walk we did, by the end of the day we had walked around 12 kilometers, all in the hot sun and all of it hard, sometimes vertical climbs. Throughout the experience, I saw most of the other buildings at Petra and understood the flow of the city, built into this canyon valley. We even ascended a nearby mountain for a look at the Monastery, an impressive and remote structure that once served as a meeting place for Nabatean leaders. 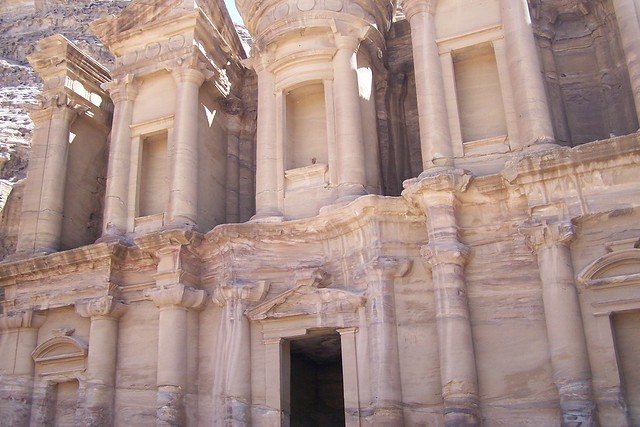 It wasn’t just the old stone buildings we saw though, there were also local people, a lot of them. Bedouins have lived in and around Petra forever, and their presence there still today was a welcome sight. Looking around me, donkeys and camels everywhere, people rushing off to run important errands, Petra wasn’t just a site or dead city, on the contrary it was very much alive.

Unlike Karak or the Desert Castles, I could experience for myself, firsthand, what Petra must have been like at the height of its power, and it was an amazing thing to witness. In that singular moment, I got my travel mojo back as I enjoyed living the Petra life for myself.

Petra rekindled a feeling I didn’t realize I had lost. I think I had become a little jaded in regards to travel experiences, always scanning the horizon for the next latest and greatest adventure. While Petra is certainly one of the greatest, it wasn’t its size that resurrected my love of the new and foreign, it was standing there and pretending, just for a second, that I was a resident of that fine city.

The rest of the trip picked up, and the old feelings of disconnect and apathy fell away, replaced with my usual wanderlust and excitement at the new. Petra is a must visit site, not just for the intricately carved tombs, but for its ability to truly transport the visitor back in time to experience a unique period in world history for themselves.

7 thoughts on “Ancient Ruins Overload and How Petra Saved Me”