London was one of the first international destinations I visited as a young Loper. My first visit actually marked the beginning of a five week backpacking trip around England and Scotland after I graduated from college. I’ve been back a couple of times since, but there are some things I really wish I knew before that first trip.

1. Everything takes longer than expected – London is a very modern, fast paced city. Unlike some other European capitals that seem more tourist centric, London is a vital international hub for business, finance and entertainment. That means the casual traveler must somehow weave themselves into the fabric of humanity when trying to get around town. Out of courtesy, I usually try to avoid the Tube during rush hours. Not only does this make life easier for the commuters headed to work, but it’s less stressful for me as I try to navigate an unfamiliar metro system. Throughout the day though, you should allocate plenty of time to get around town. Taxis get stuck in traffic and the subway may be overcrowded or experiencing repair at various times. London is not enjoyable if you’re rushing around, so take it slow and be realistic about your schedule. 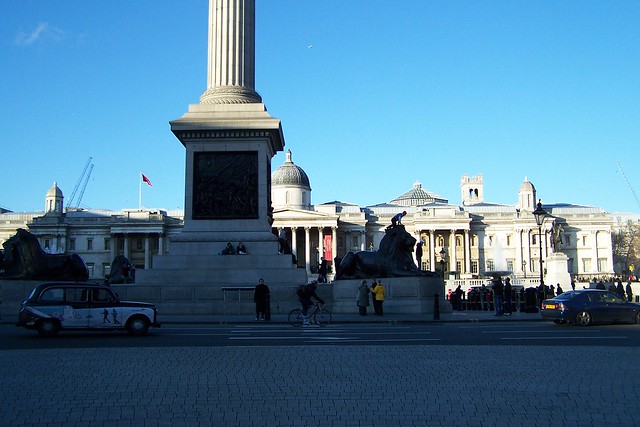 2. The English are serious about breakfast – Historically, British cuisine has received a fairly bad reputation, somewhat deserved and somewhat not. Personally, I love simple, home style food, so I’ve always enjoyed English food, but for the uninitiated it can be a bit heavy, particularly at breakfast. Walking by a restaurant and seeing a sign for a full English breakfast can seem alluring, but the visitor should know what they’re getting into before sitting down. There are variations, but generally it includes two eggs, streaky bacon, toast, baked beans and a grilled tomato. In the north I have seen black and white pudding added to this feast. It’s a great breakfast, but I almost always want to go back to bed after the morning repast. Even though a large breakfast may not appeal to all travelers, it is an experience everyone should try at least once.

3. Spend a full day at the British Museum – For as much as I love history and archeological museums, I sometimes give them short shrift. Especially in London, there is just so much to do that it is hard as a tourist to devote an entire a full day to any activity, but the British Museum is certainly deserving of this honor. Without hyperbole, the British Museum is one of the most impressive collections of STUFF in the world. My beloved Smithsonians are of course more comprehensive, but the British Museum can certainly hold its own. The museum draws heavily on items ‘liberated’ from all corners of the world during the height of the British Empire and features some amazing pieces. My favorite displays are the Rosetta Stone, the Lindow Man and the Elgin Marbles which once graced the Parthenon in Athens.

4. Leaving London is permitted – London is great and can easily fill anyone’s travel schedule for a week or two, but there are many great experiences that are an easy day trip from London. Two of my favorite day trips are to Cambridge and Bath. Home to one of the oldest and most well respected universities in the world, Cambridge is very much a college town, but not in the tacky sense. The best activities are to simply walk around the grounds of the various colleges (mind the lawns) and to try your hand at punting down the River Cam. Bath is a unique place, one part Roman excavation and one part Victorian fuss, it frankly fits the image of what everyone conceives England to be like. Two of my favorite activities are to tour the mostly intact Roman baths and to take a stroll down Pulteney Bridge, one of the few bridges in the world to feature stores on the bridge itself.

5. It’s not cheap – There’s been a lot written lately about how expensive London, and indeed the entire U.K., tends to be, but this is hardly a new phenomenon. I remember my first trip there in 1998 and how shocked I was at the high cost of everything. The prices all looked appropriate had I been in the United States, but I had to keep reminding myself that the pound was 1 ½  – 2 times the US dollar. That means everything, from buying a soda to booking a hotel room is an expensive undertaking. That’s not to say there aren’t deals to be had, there certainly are, but visitors should be forewarned that visiting London is not necessarily a top budget travel experience.

What are your tips for the first-time visitor to London?