I have a rocky relationship with tequila, it’s not a potent potable known for engendering long friendships. In college I found a bottle of Dos Dedos: Two Fingers Tequila at a party (retail value: $1.99) and for a long time that ended my friendship with this amber elixir from Mexico. In my adult years I grudgingly accepted its presence in a margarita or two, but it wasn’t until my experience at the Tres Rios Resort in the Riviera Maya that we mended our relationship and once again became fast friends.

As a member of a travel blogger trip to the area, I wasn’t sure what to expect. Beaches, pool, even a nice meal or two were a given, but I didn’t think the hotel would push us towards the tequila bar and say “Have fun!” Luckily, that’s not exactly what happened, instead, under the expert leadership of the hotel’s culinary master, Chef Oscar, we were taken on a tour de force of tequila education that rivals the most intensive sommelier study. 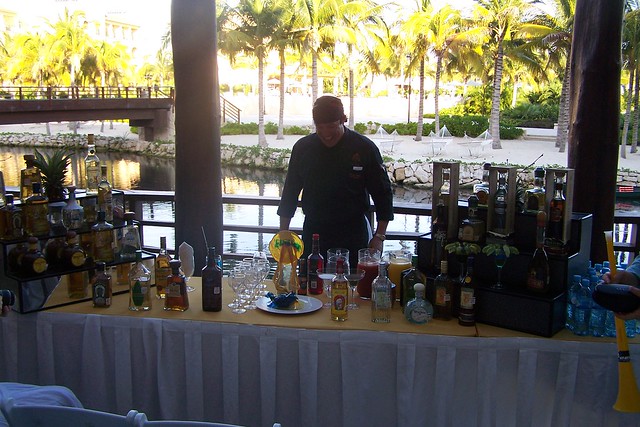 At first the lineup appeared daunting, a massive table was lined with a variety of tequilas, each staring at me, taunting me to a rematch. This time I was prepared though, and sat in front of our teacher as he led us through the tasting.

Turns out tequila is as varied and intricately flavored as a good wine, and Chef Oscar clearly knows his tequila. 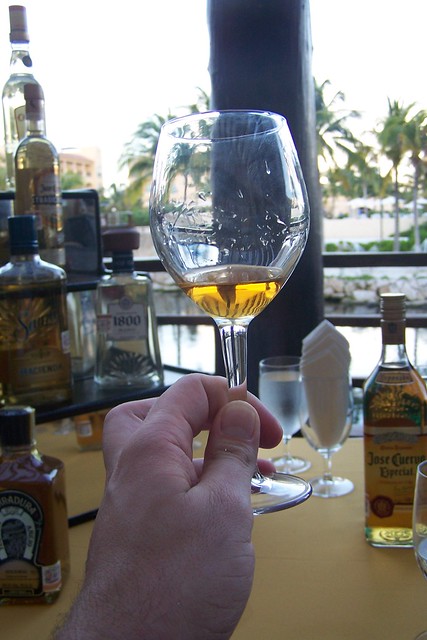 We were given a small glass of tequila and told to swirl it around the glass. As with wine, we were trying to determine its viscosity, or resistance to flow; is it thick or thin. Next we sniffed the tequila, trying to detect the faint notes of citrus, wood or even vanilla. Finally, after what seemed like an eternity, we were allowed to drink. I slowly swirled some air across my tongue, just as if I were at a winery, to aerate the tequila and create an explosion of flavor.

This continued for the many, many, many bottles of tequila remaining, interspersed with some palate cleansing water and an odd ritual Chef Oscar likes to employ with his guests.

The Cuchi, Cuchi chant goes as follows: “Arriba, abajo, al centro, para adentro,cuchi, cuchi.” Loosely translated it means “Look at the silly tourists, they’ll do anything I say!” I’m sure this is the translation because, throughout the chant, participants are told to put their hands behind their heads and to swivel their hips wildly about in a frightening display of tequila induced bravery.

Finally, we made it through the tequila lineup and stumbled our way to dinner. Actually, most of us weren’t that inebriated. While there were many different types of tequila, we really didn’t consume very much over the hour. Instead of a stagger, I walked away with not just a greater knowledge of tequila, but a real appreciation of this often misunderstood and even feared beverage. 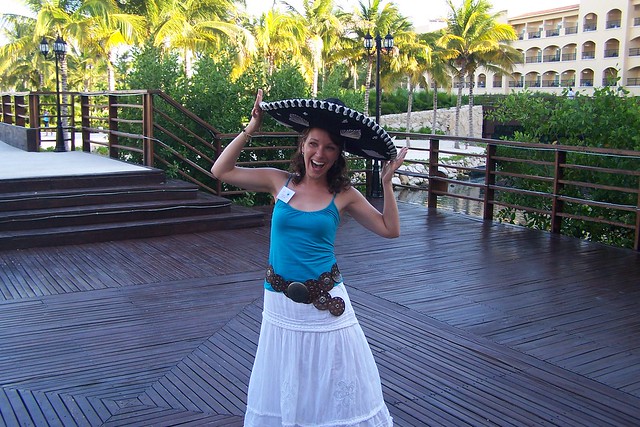