I live for new and exciting travel experiences. I’d like to think that I would try just about anything once (well, I won’t eat bugs, sorry) but over time, I have realized that there are certain travel experiences I just won’t endure any longer.

Pay to Climb
This one is really my partner’s Golden Rule, but it is a policy I have gradually adopted. Just about everywhere in the world one can find a skyscraper, tower or ziggurat offering fantastic views. This rule doesn’t eschew the value of these structures, but it does prohibit paying money for the privilege to climb. I have no problem handing over some cash to take a nice funicular or elevator to the top of a structure for the stunning views, but I will not pay to climb multiple sets of stairs. The best/worst example of this is the Eiffel Tower. For €5 you, the guest, have the privilege of being allowed to climb hundreds of stairs to the second level. That seems like a lot of cash to pay for manual labor. I also experienced this in Madrid while visiting the Almudena Cathedral. Once again, the views from atop the church promised to be amazing, yet we each had to hand over some coins for the right to climb a lot of stairs. Maybe it’s just me, but it doesn’t always seem worth it.

Royal Apartments
Everyone should probably visit a palace and tour royal apartments once. Just once. And it should probably be Versailles. Afterwards, every visit blends into a melange of oddly placed furniture and long narrow rooms with a lot of fussy drapes. The most impressive feature is their outside facade, which is free to view and admire. Unless you’re a hardcore royal nut, most castles and palaces can be skipped forever

Hop-On-Hop-Off Bus
Let me preface this by saying that I am NOT a travel snob. I fully embrace the fact that everyone’s travel styles are different and there is no wrong way to see the world. Well, unless you travel to the wrong country or fall into an pit, then you probably did something wrong. That being said, I hate, hate hate the idea and practice of Ho-Ho buses. I get the fact that one wants to learn the layout of a new city, but this is not the way! First, they’re usually pretty pricey and they don’t always take you to the areas where you really want to go. Pictured is a copy of the Marrakech Ho-Ho bus route, including trips to the post office and McDonalds. Really Marrakech, really?

Instead of taking the Ho Ho bus, get a map, learn the public transportation system and explore on your own. You won’t be seeing the entire city in one day anyway, so why pretend that you are? Besides, learning to navigate the city on your own will provide much richer travel experiences and help you get used to the travel experience. We all have different levels of travel comfort, things we would and would not do. But the only way to grow is to expand our travel envelope. 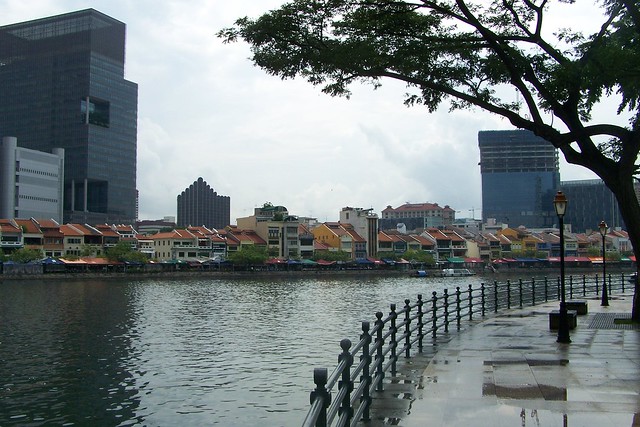 Mean Restaurants
Ok, this may be a personal thing, but it really annoys me and I’ve encountered it around the world, from New York to Singapore. When we travel we don’t plan our meals. Guide books don’t do a great job with them and we much prefer being in the actual destination to see what looks good for ourselves. Sometimes this has produced amazing experiences and other times, it’s been a bit disastrous. In Singapore we were walking around Clarke Quay looking for a dinner spot when, out of the blue, people from the restaurants started to jump out, trying to lure us into their establishments. I don’t mind a gentle sales pitch, but at one point someone actually tried to block my way forward. That was my breaking point. I looked him square in the eyes and asked him, as politely as I could, to move. The install chill in the otherwise sweltering air convinced him to kindly step aside.

Like I said, I don’t mind when restaurants try to convince me to eat with them, it’s when they start yelling at me, calling us names or try to physically prevent us from leaving that I get really angry. The same thing happened in Marrakech, Istanbul, etc. Do they think their rudeness will bring rewards? I would never eat with them and instead I go out of my way to convince others to avoid them as well. I realize that part of this is cultural, but when you’re dealing mostly with tourists, it’s perhaps best to dial it back a bit.

Maybe this list is a little cranky, but these are a few of the things I won’t do anymore when on a trip.

What are some of the things you won’t do?

28 thoughts on “Things I Don’t Do When I Travel”