There’s a lot to be said for finding unique travel experiences, that is until you realize there aren’t any. With the possible exception of locating a lost civilization or the reclusive unipup, everything has been done by someone at some time. After you reconcile with the fact that you are neither Captain Cook nor Indiana Jones, it’s time to embrace your inner tourist and accept experiences which are both iconic as well as extremely popular.

Losing one’s travel inhibitions and going with the flow is sometimes the best option when traveling. There’s a reason why millions of tourists flock every year to the Eiffel Tower or to the Colosseum – they’re really cool. Don’t get me wrong, I love getting off the proverbial beaten path (although there’s no such thing) and finding secret treasures (that really aren’t secret) but some times you just need to suck it up and jump with the lemmings. Here are some of my favorite travel lemming moments.

Things you just have to see
For whatever reason, there are certain structures and monuments around the world which members of the global community have deemed ‘must visit’ places. Sometimes they’re important for their size, their symbolism or a mixture of both, such as the Eiffel Tower. Paris is the number one tourist destination in the world and the Eiffel Tower the most recognizable symbol of the City of Lights. But what makes it so great? At the time it was built for the 1889 World’s Fair, Parisians hated it, and when Parisians don’t like something they make their opinions known. Lawsuits were filed fearing that the structure would collapse on neighboring homes, and seemingly constant delays threatened its construction at every stage. Of course the Tower was an incredible success and rather than be dismantled at the end of its twenty-year permit, it endured and has become the single image most people associate with France.

I’m not sure why I love the Eiffel Tower as much as I do. The views are great, but the Tower isn’t the only place in Paris to find a nice view. It’s always crowded, getting to the top many times requires a lengthy wait in line. In spite of this, one of my first stops in Paris is always to the Tower, just to be there in the Champ de Mars with the picnickers and tourists, each enjoying the scene in their own unique ways. Personally, it is important to me because it is always the definitive proof that I am indeed in the great city of Paris. The Nutella crepes don’t hurt either.

Getting high
Like the Eiffel Tower, in almost every city around the world there is a skyscraper, decorative tower or ziggurat, the main purpose of which is to offer amazing views of that particular city. I don’t know what draws people to these panoramic views, looking out on cities and observing the roaming ants far below, but they are always popular attractions. I almost always seek out these massive buildings, fascinated by the structure almost as much as I am by the views they provide. In some cases, like New York, the skyscrapers have real, practical uses. In other cities, like the Olympiaturm in Munich, the towers are almost completely useless and exist solely to give curious tourists a bird’s eye view of the landscape. No matter their purpose, they still make for a fun afternoon activity.

Old things
Old things fascinate people, and I don’t just mean in a Golden Girls kind of way. Especially for those of us in America, anything older than a century holds a certain allure that is hard to explain. We’re not alone though, people flock to ruins, castles and temples around the world just for their remarkable ability to not be torn down, or in some cases it was their destruction that makes them interesting.

My interest in visiting places just because they’re old has some qualifications. I’m a sucker for antiquity and haven’t met a history museum or archeological site that I didn’t like. Other places, like castles and some churches though have completely lost my interest quite possibly forever. I think it’s important for everyone to visit a castle or palace at least once, they’re kind of interesting. But a tour through Europe will provide endless opportunities to visit, and pay, for a tour of usually badly arranged furniture in rooms that haven’t been used in a very long time. The most impressive feature is their outside facade, which is free to view and admire. Unless you’re a hardcore royal nut, most castles and palaces can be skipped forever. Certain churches are the same and once again I blame Europe. Every other church, cathedral or basilica has some importance to someone and it’s easy to get roped into the guide book love affair with these places of worship. Some are absolutely important to visit, Notre Dame, St. Peter’s, etc. But I don’t need to visit a chapel that may or may not have once housed a reliquary from St. Whocares. 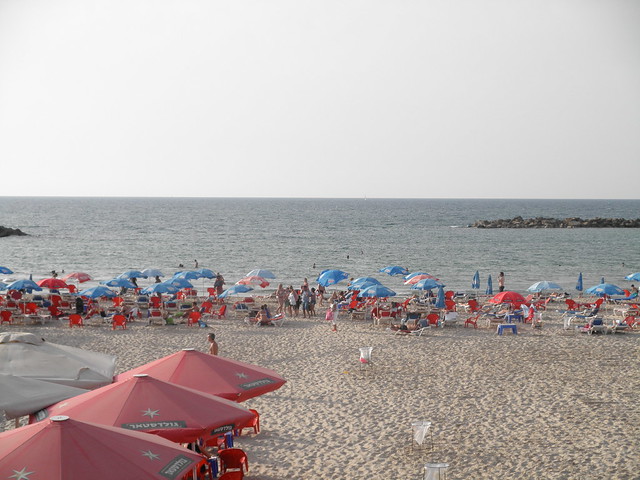 Travel should be fun
Finally, still other places are popular just because they’re a lot of fun, like theme parks and mega beaches. Travel for most people is a brief week or two during which they want to escape the daily routine and enjoy themselves. Vacations are meant to be fun and not just an epic chase to see as much as possible. Having fun though can be corny and stereotypical, but it’s that way for a reason.

The Empire of Disney is an homogenized ballet of planned activities and organized surprise. But that’s why it’s so much fun. To be completely unoriginal, it really is a place for people of all ages to enjoy themselves. Is it for everyone? No! I’m sure there are some Goofy haters out there, but for the most part if you drop someone in the middle of the Magic Kingdom, they will find something fun to do within a few minutes. Unless they hate fun, in which case they should just go visit a quilt museum or something.

Beaches are the same way. If you ask anyone what constitutes an escape or a vacation, nearly everyone will list sand and palm trees at or near the top of the list. I’ve tackled this subject before, but the concept of paradise and total escape has narcotic qualities, inducing the user to do whatever possible to find this moment of breezy perfection.

The result tends to be overcrowded beaches and sky high prices. This in turn of course creates a sub-class of people who try to find “hidden” beaches, another vain attempt at travel elitism. Instead of driving to the ends of the earth to find a mediocre beach, it’s ok to go to one that you, and everyone in the tri-state area, knows is great. It’s great for a reason, usually sand and an adequate absence of sharks or other annoyingly lethal animals.

I recently saw an article from a large, international travel guide giving advice on how to travel in Afghanistan. Afghanistan?! I can write an article on that, it would be called “Don’t Go to Afghanistan!” Could it possibly be true that there are travelers who eschew universally loved regions of the world to head into a very dangerous war zone just because it’s “off the beaten path?” Personally, a flak jacket is not a standard item I usually pack, nor should it be. So when you’re planning your next trip, don’t be afraid to be mainstream, there’s a reason it’s mainstream in the first place.