Initially, Jerusalem can be an incredibly confusing city. Centuries of constant habitation has resulted in a maze of alleys, side streets and endless souks, all of which look amazingly similar to each other. After a few days though, certain landmarks or starting points begin to emerge and they not only become important navigation elements, but special parts of the trip as well. One such spot for me was the Church of the Holy Sepulchre.

This holy site is perhaps the most important in the Christian faith, believed by many to be the site of the final stations of the cross, where Jesus was crucified, died and was buried. There have been religious sites of pilgrimage on the site of Golgotha for more than 1,700 years, one of the constants found in the city throughout its centuries of drastic change.

Walking through the Church itself can be a little confusing unless you know what you’re doing and what you’re looking at. I didn’t. Instead I meandered, glancing at my guide book and just enjoying being in the church with its tiny nooks and secret doorways leading to hidden recesses. The Church is shared by many Christian faiths, and this hodge podge of devotion is seen throughout the building, from the Ethiopian Coptic altar to the random Franciscan monks running about, in an obvious but unknown hurry.

I visited this site of amazing history several times, for both its convenience as well as its splendor. Even though I didn’t fully understand or appreciate everything I saw in the Church, I loved it for just being there. 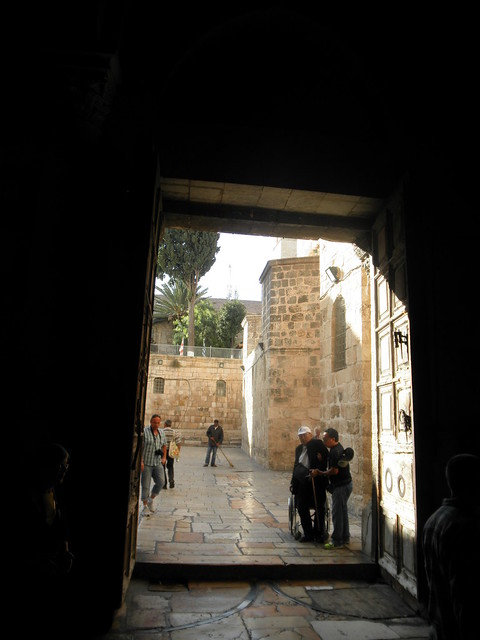 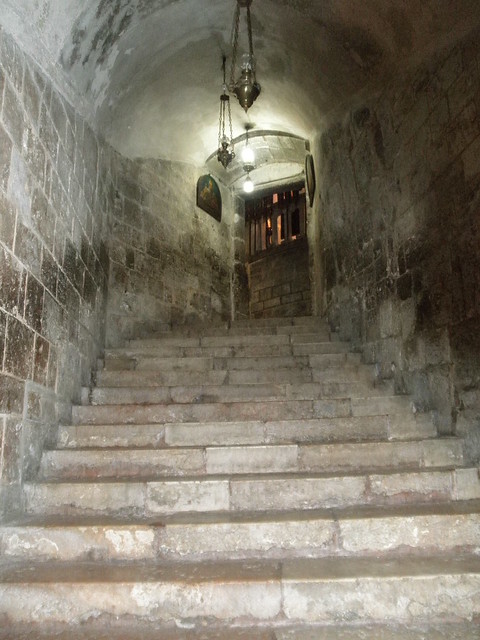