There are certain rights of passage in which every visitor to the Galapagos Islands must participate: crossing the equator celebration, playing with giant tortoises and a visit to Post Office Bay.

The Galapagos remains the best preserved natural wonder in the world for two reasons: it’s in the middle of nowhere and there’s not much there. While permanent human habitation in the archipelago is a recent phenomenon, the series of rocky spots of land have long been maritime rest stops for whalers and merchant mariners.

Of all of the Galapagos islands, Floreana has most often been the destination of choice for colonists, whalers and even a buccaneer or two. In the 1790s, whalers visiting the island decided that they needed a way to communicate with loved ones at home while on their multi-year voyages, so they set up the Post Office Barrel on Floreana island. 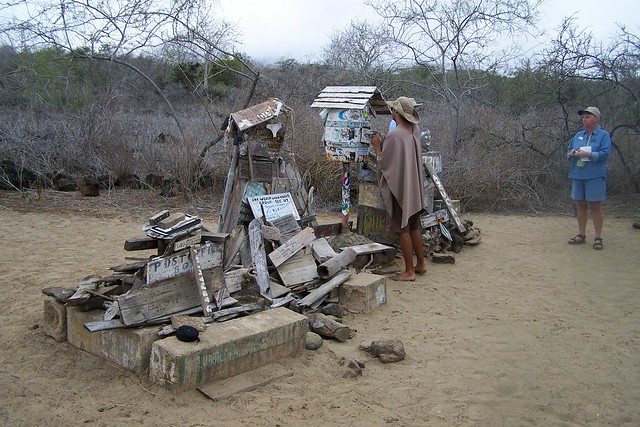 Sailors left letters for home in the barrel which were then picked up by others passing through for delivery. This friendly, if not slow, method of postal service has continued on to today, allowing visitors the opportunity to drop off letters or postcards and take others home for personal delivery.

As was the norm on our cruise of the Galapagos, we awoke early in order to participate in the first nature hike of the day, although the trip to Floreana was different from most. Rather than observe unique and exotic wildlife in their native element, we were instead visiting one of the few manmade oddities in the island chain.

It was a wet landing, meaning the Zodiac inflatable boat stopped in the shallows, allowing us to jump out and walk in from the beach, a normal practice on the expedition. We trekked a few meters inland and were met with a truly bizarre sight, an accumulation of junk, placards with names and other graffiti. At the center of the mass of driftwood and notices from visitors long gone was the infamous barrel, replaced many times since the days of the whalers.

Although the barrel wasn’t ancient, the tradition that ensued was one that has been going on for centuries. We looked through the letters and postcards in the barrel and if there was one from our hometown, or reasonably close, we claimed it promising to deliver the note personally. Before leaving, we all added our letters and postcards to the pile in the bucket and returned to the Zodiac boats, wondering if we would ever see those letters delivered. 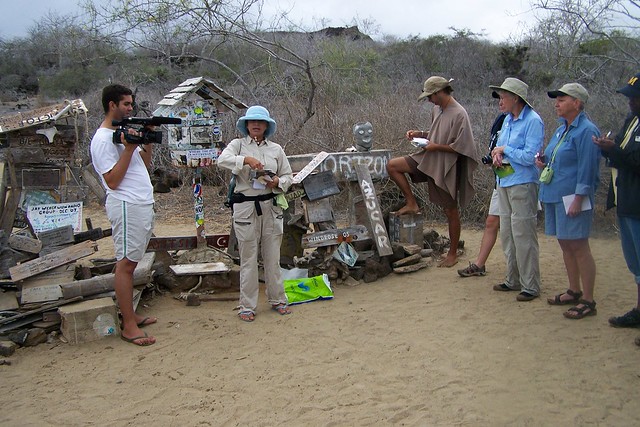 A few weeks after returning from the trip, which at the time seemed like a hazy, marvelous dream, I took the short drive to deliver the postcard I had claimed. I knocked on the door, but sadly no one was home. A little disappointed that I wouldn’t be able to see the look of shock and surprise on the face of the recipient, I left the postcard in their mailbox, completing a long observed ritual. Leaving that day I was proud to be the newest employee of the post office at the end of the world.