The first-time visitor to Honolulu will almost assuredly be quickly overwhelmed by the constant traffic, high-end stores and island glam of the city within moments of arrival. Hawaii conjures thoughts of quiet beaches, swaying palms and the faint sounds of ukulele in the distance. Arriving in Waikiki, a veritable Vegas of the South Pacific, can be confusing and even disappointing. Away from the Ferrari stores and gun ranges, Honolulu has not only preserved its true personality, but offers a peek at what it means to live in this dynamic city to anyone willing to look for it.

The first part of my Hawaiian experience was occupied with work; a conference was the impetus for the trip in the first place. Any business traveler though knows that there are occasional opportunities that are work free, creating the perfect opportunity for some quick sightseeing. I used one of my few free afternoons to discover an area of town rich in history and importance to the city – Chinatown.

The best way to get to Chinatown from Waikiki is via public bus, a cab ride is about $20 each way. TheBus numbers 2 or 20 will take you directly to Chinatown. A friend was driving that way, so I hitched a ride and started my walk on Maunakea Street.

As I soon realized, Maunakea Street is the best place in the city to buy an authentic lei. I passed by many florists and lei shops, the fragrant aromas of the colorful displays wafting into the street. I somehow resisted the temptation to buy one, but window shopping here is an experience unto itself. Following Maunakea for a couple of blocks, I turned left onto the infamous Hotel Street. 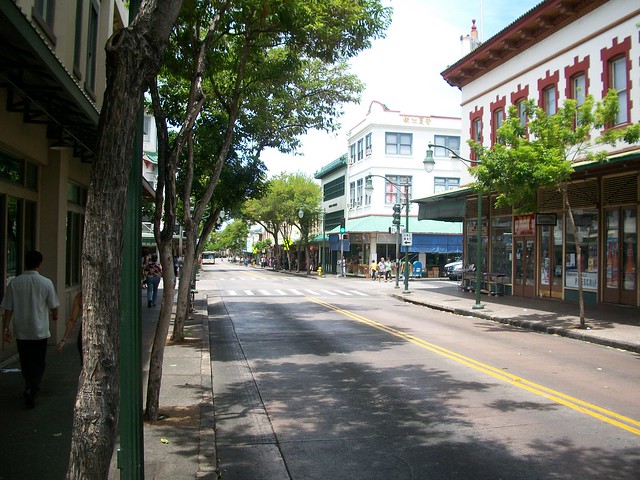 World War II had a tremendous impact on the history of Hawaii, particularly in Honolulu. As the headquarters of the Pacific Fleet, hundreds of thousands of servicemen transitioned through the tropical capital on the way to war. There are still many reminders of this time period around the islands, but one of the most interesting is Hotel Street.

During the Second World War, Hotel Street was the most popular destination for servicemen thanks to a collection of bars and brothels. There are amazing photos from the era showing servicemen lined up for blocks, waiting their turn for, um, massages with happy endings. Today Hotel Street isn’t the seedy spot it used to be, but it’s great fun to walk amongst the cafes and galleries and imagine what it must have been like more than sixty years ago.

Even though I had a map and guidebook, I still got lost, which is always a blessing in disguise. It was well past lunch though and I was starving, so I began my search for soup dumplings. I’m easily influenced by travel media, and I had just watched an episode of No Reservations filmed in Shanghai during which Bourdain lunches on gigantic soup dumplings. They looked amazing and I was desperate to try them for myself. 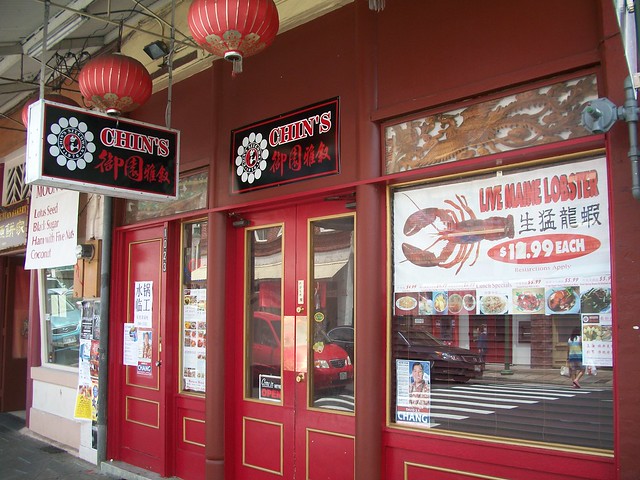 I never found the mega-dumplings, but I did locate their smaller cousins at Chin’s Restaurant, conveniently located on Maunakea Street. I wasn’t exactly sure what to order, so I asked for a couple of different dim sum platters, hoping for the best. Throughout lunch there was a steady stream of locals picking up take out orders; a good sign of culinary expertise if there ever was one. Finally the lunch arrived and it was everything I had hoped for and more. Properly conceived and executed dim sum is a great thing, and I was in foodie heaven.

Satisfied from a great afternoon repast, I left the restaurant and went in search of another spot I wanted to discover, the Oahu Marketplace. Along the way though, there were many other great sights, including the River Street Pedestrian Mall and the old Wo Fat Chop Sui House. You can’t find chop sui there anymore, but the old sign still holds a place of honor over the street corner. 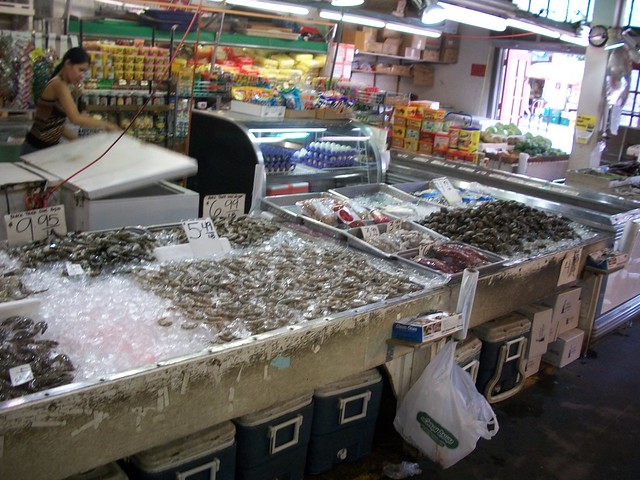 The Oahu Marketplace is a feast for the senses, and I instantly regretted not eating lunch in this busy market and food stall pavilion. Walking around the marketplace reminded me of some of the great markets in Southeast Asia, with a selection of seafood bearing unfamiliar and exotic names. I weaved around the tanks and vegetable stands to the back, where there is a wide array of food stalls offering a little something for everyone.

On the way back I stopped at Maunakea Marketplace, an institution very similar to the Oahu pavilion. Outside the marketplace were a few Thai food and merchandise stalls where I found the odd pastry known as egg puffs and a glass of bubble tea. Sitting at the table slurping the durian flavored beverage, I watched the crowd of people, some tourists, but many not, milling about and enjoying the perpetually good weather. Completely unplanned, I had unknowingly peeled back a tiny edge of the Honolulu tourist veneer, and I loved every minute of it.

2 thoughts on “Finding an Authentic Experience in Honolulu’s Chinatown”