Frequent travel allows a certain unique perspective. Since I visit so many varied places around the world fairly often, I get to compare and contrast in ways other people simply can’t. One thing I’ve noticed, especially over the last 3-4 years, is an incredible shift in the food and drink scene in almost every city around the world. Food trucks, cafes, new restaurants, distilleries, breweries and more are popping up on a daily basis, transforming neighborhoods and entire cities in the process. My own hometown of Washington, DC is one of the best examples of this shift in focus away from the old and tired to the new and unconventional. When I first moved to Washington in 2000, we were anything but a foodie city. Mostly steakhouses and three-martini lunches, nothing had changed in decades. Today though, Washington is one of the country’s top cities for lovers of great food, attracting new and creative chefs who have single-handedly changed the look and feel of the city. That’s amazing I think, and it truly is a global phenomenon. It’s the reason why when I travel now, food experiences are always front of mind and nowhere has that been more true than in San Diego. My last visit to this bastion of sunny weather and surfers was more than 15 years ago, so I arrived into the city a neophyte, ready to see what the food scene is all about. I found those amazing new restaurants and trends, but I also discovered some more traditional delights that have been embraced by San Diegans for years. There are though a few unique ways to best experience today’s food and drink scene in San Diego, including these activities that are a must-do for anyone who loves great food. 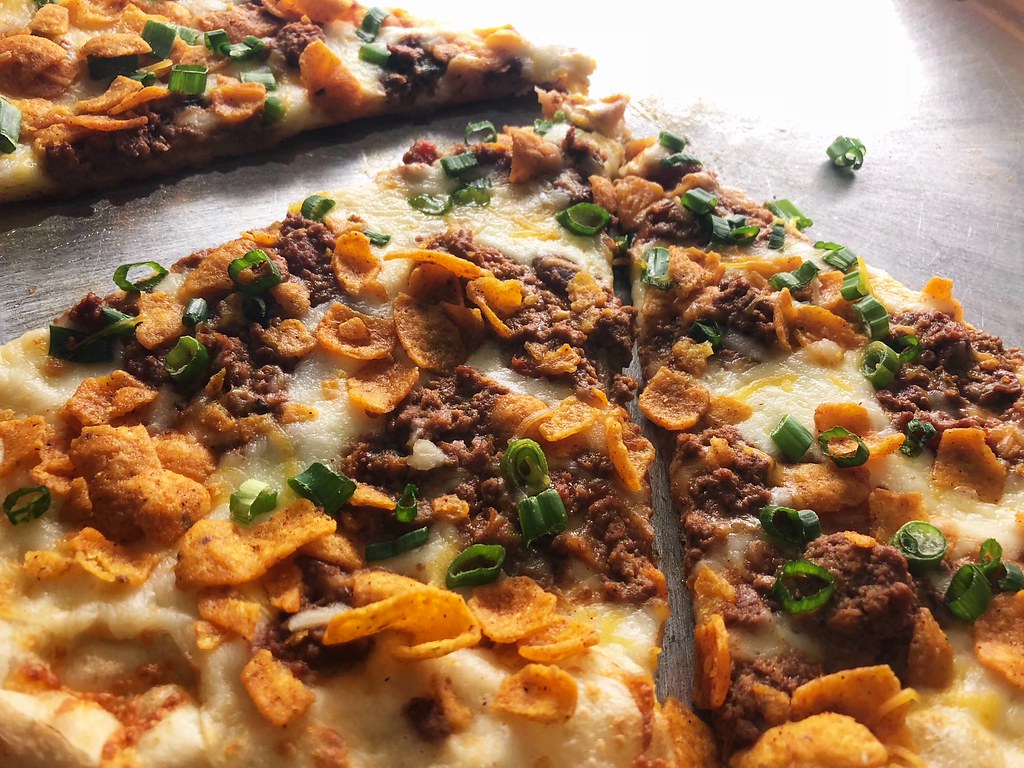 It’s cliché to say, but San Diego truly is a city of neighborhoods and one of those at the heart of the San Diego experience is the Gaslamp Quarter. What was truly the start of modern San Diego, this historic quarter is once again at the center of entertainment and nightlife in the city. So it makes sense that one of the most popular food tours in the city starts in this important neighborhood, the Brothels, Bites, and Booze Tour. Led by an energetic and incredibly knowledgeable guide, we spent several hours not only learning about the history of the city (brothels were oddly important) but about its amazing food and drink offerings. From newer restaurants offering creative twists on classics, to finding the perfect taco, the tour really is a great mix of everything that makes the San Diego food scene so amazing. It’s also a well-paced tour I think. Instead of racing around the Gaslamp Quarter trying to eat as much as possible, the tour takes a somewhat leisurely pace encouraging participants to enjoy their food, order a cocktail or two and just enjoy the evening. Don’t worry though, there’s more than enough food offered on the tour and I returned to my hotel room afterwards full but also satisfied that I had learned a lot about the early history of San Diego and how it became the lively city it is today.

Located just 17 miles from the Mexican border, there has long been a near constant sharing of cultures, languages and food between San Diego and Mexico. Waves of immigration over the decades has created a food scene that has strong roots in traditional Mexican flavors and what may be at the heart of that experience, other than avocados, is the taco. When asked, San Diegans suddenly drop their laid back veneer when the topic of Mexican food comes up; everyone seems to have very strong opinions on the matter. Luckily, I seriously doubt many of them are wrong when it comes time to identify the best tacos in the city, the options are all fairly amazing. One though in particular stuck out in my mind and the experience of enjoying a robust lunch at the restaurant ¡SALUD! in Barrio Logan was one of the many culinary highlights of my trip. Housed in a heritage 1910 building, the restaurant is pure Southern California from the tattoo inspired murals to the pinstripe car hood on the wall. Barrio Logan has a long and colorful history making this delicious taco shop the perfect addition. With a traditional taco for any taste the highlights are the Birria, Al Pastor, Carnitas, Carne Asada and the Barrio, which is Carne guisado topped with frijol nopal & sour cream wrapped in a hand pressed flour tortilla. A true local took me here and honestly, it really is one of the best in the city and probably the country.

There are few things I enjoy more in life than a great breakfast, and in San Diego I was spoiled for choice. There were too many options for the 4 mornings I spent in and around the city, but the breakfast spreads I did enjoy convinced me that I need to return to try even more. Since my favorite food is the doughnut, I started my breakfast experience at the city’s famed shop, the Donut Bar. Started by a pastry chef with roots in luxury hotels, Donut Bar does one thing and one thing very well – the perfect doughnut. These aren’t your plain glazed or French crullers though, they’re as unique a baked good as I’ve ever seen. They’re also enormous and one is certainly more than enough for a hearty breakfast. With options like Nutella Overload, Mexican Hot Chocolate and Oh My Birthday Cake, I was overwhelmed by the choice but eventually settled on Homer’s Donut – a huge, fresh yeast donut topped with pink cake batter glaze and sprinkles. Although I recommend a nice run afterwards, their doughnuts are indeed amazing.

Another amazing breakfast option worth mentioning is Breakfast Republic. With several locations around the greater San Diego region, they’re easy to find and make for a great meal any time of day. The menu is fun and creative with some delicious variations on traditional breakfast fare, perhaps best seen in their pancake selection. With so many different options, I elected to go with the Pancake Flight, which allowed me to try three different versions. After much deliberating, I went with the Churro, Cinnamon Roll and Strawberry Cheesecake Pancakes, with a side of Jurassic Pork (candied bacon) for good measure. Whichever location you decide to visit, just make sure you enjoy a great breakfast here at least once.

Driving into the parking lot at Liberty Station, I was a little dubious. At first glance it looked like a really nice shopping center and I was a little confused as to why so many friends recommended that I visit. Then I walked into the food hall and everything made sense. Located in Point Loma, the mixed-use facility sits on land that at one point had been a Naval training center. A surprisingly forward-thinking movement though on the part of many levels of government and passionate residents has created what truly is an amazing spot for locals and even visitors. At the center of interest for foodies through is Liberty Public Market. This 7-day a week market showcases the best of the region with local producers showcasing the best in prepared foods, coffees, beer and just about anything else you can imagine. It’s a fun place to stop and browse, but especially to enjoy lunch or even dinner.

One facet of the culinary side of San Diego that surprised me is the incredible beer scene. In fact, with more than 130 breweries, San Diego has quietly become the beer capital of America. It’s a beverage locals take very seriously and you can find local brews on tap at almost every restaurant in town. For the perfect introduction into San Diego’s brewery culture though, there’s nothing better than a Brew Hop Tour. Started by wife and husband team Summer and Larz, the couple decided to turn their passion of the beer industry into a fun and immersive tour Whether you’re a beer aficionado or just enjoy drinking a pint or two, the tours are tailored to your interests. Each tour is private and customized for you and your group, which means the best possible experience as you are driven around town in style. Feeling like a true VIP, the evening spent with Summer exploring the breweries around San Diego and learning more about this incredibly interesting industry was a highlight of my time in San Diego. More than just enjoying plenty of samples, it was the perfect crash course into everything that has made San Diego such an important beer city.

Have you been to San Diego? What were your favorite foodie experiences?