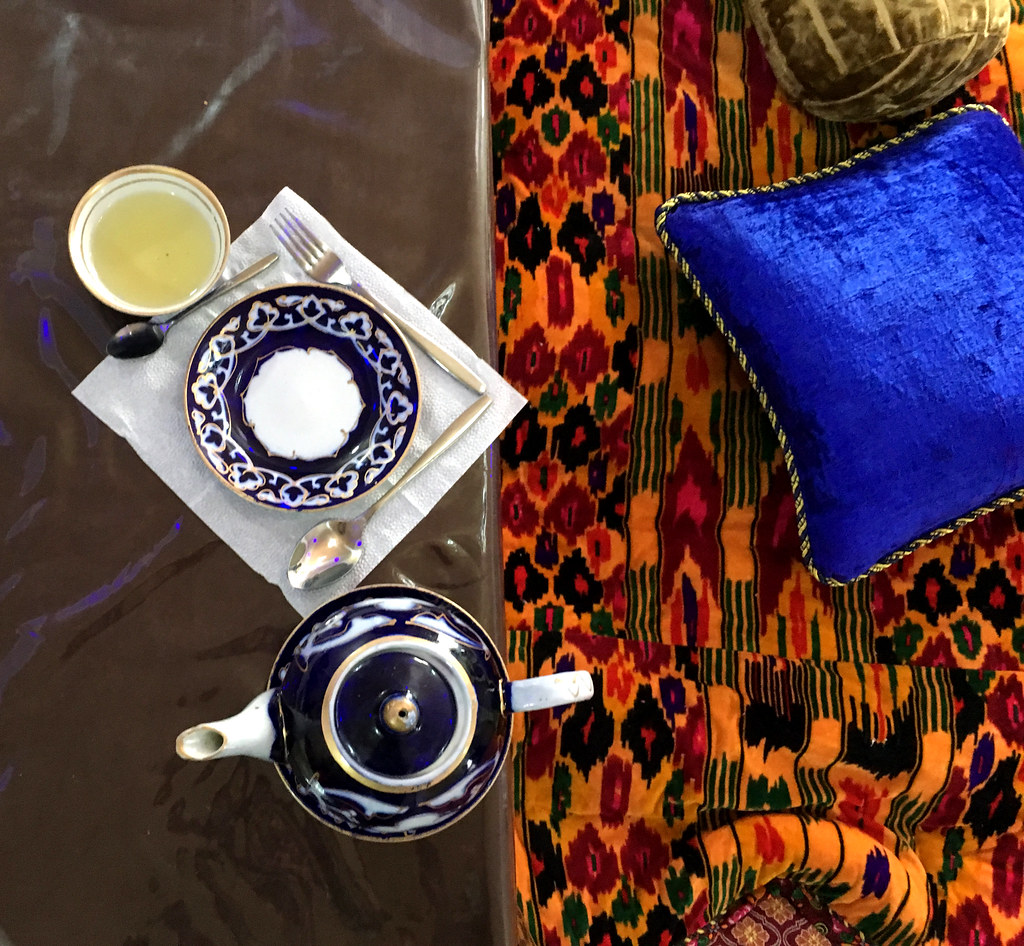 I had certain expectations before first visiting Kyrgyzstan and, honestly, being won over by the cuisine wasn’t high on the list. And yet, looking back at my ten days exploring the country, I now realize not only how important the food was to my experience, but how very much I also enjoyed trying new things. I had many opportunities throughout my trip to sample a wide variety of dishes and culinary styles, including a memorable crash course into all things Kyrgyz on a Karakol Food Crawl. To help provide a better glimpse into both the city of Karakol as well as what food in Kyrgyzstan is all about, I want to share some highlights from my time eating around this important city. 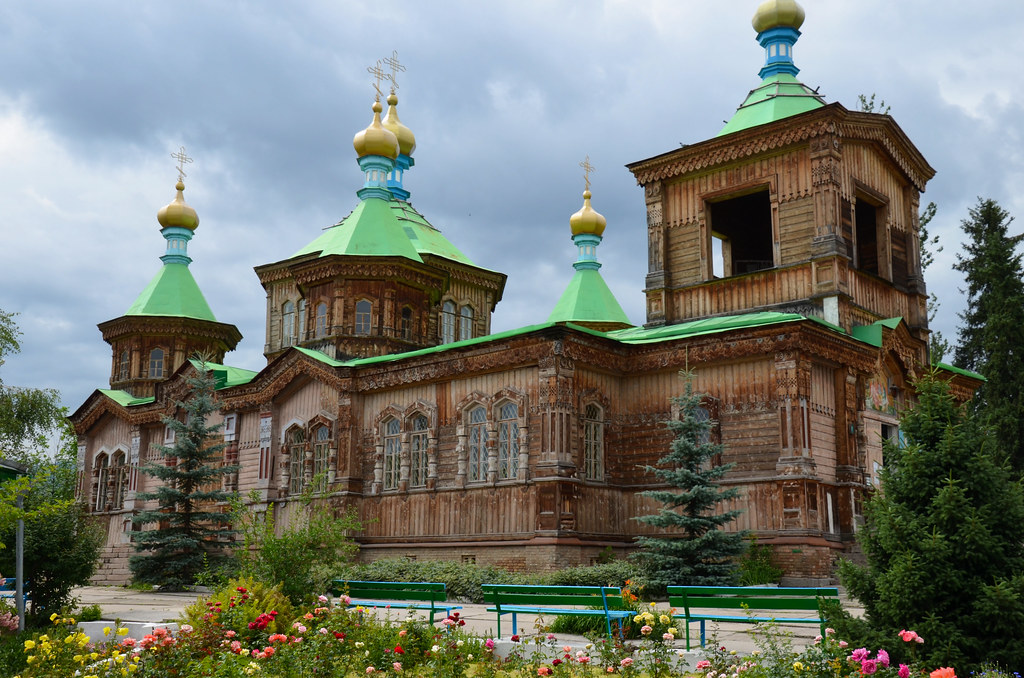 Where and What is Karakol?

One of the challenges I face in sharing my experiences in Kyrgyzstan is that most people know nothing about the country. And that’s fine; after all, that’s why USAID is working with writers like myself, to help tell the story of the country. But as a writer, my problem is that there is no base of reference. I can casually mention hundreds of different cities around the world and, for the most part, people probably have at least heard of them. The same is not true of Kyrgyzstan, so please bear with me a bit as I give some background into the city of Karakol and why it’s an important place for most visitors to the country.

Tourism in Kyrgyzstan is still in its infancy, but it’s quickly coming into its own. One area though that did have a fairly well established tourism background is Karakol. The 4th largest city in the country, its close proximity both to the massive Lake Issyk-Kul and those alpine peaks famous for both summer trekking and winter skiing means that people have been transiting through Karakol for a long time. That’s part of the problem though, “transiting through.” The city was a base camp, a place to stay for a night either before or after some grand adventure, and it still serves that role today. But, after spending a few days in and around the city, I can honestly say that Karakol itself has a lot to offer the curious traveler. Near the top of that list of things to do in the city is to experience its eclectic cuisine. 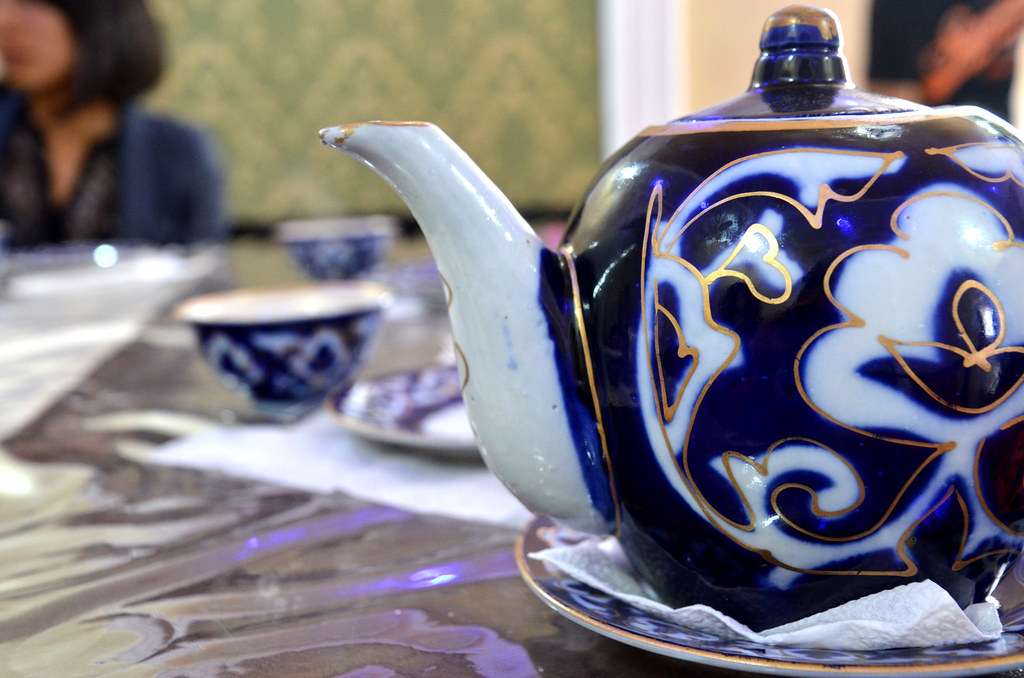 One of my many takeaways from visiting Kyrgyzstan is how incredibly multicultural it is. Around the country there are more than 40 different ethnic groups and, for the most part, they live peacefully side-by-side. The same holds true in Karakol which itself is home to a dozen or so defined ethnic minorities, living communally for decades, sharing their cultures and of course their food. Karakol’s history isn’t unlike many other cities around Central Asia. It was “created” by the Russian Empire in the late 19th century as an outpost in their newly acquired lands. Over time a variety of people moved to the city for work or refuge, in the process creating the melting pot that exists today. This same unique combination of traditions is easily experienced on a walk around town with the fine folks over at Destination Karakol who offer a special food tour of the city. 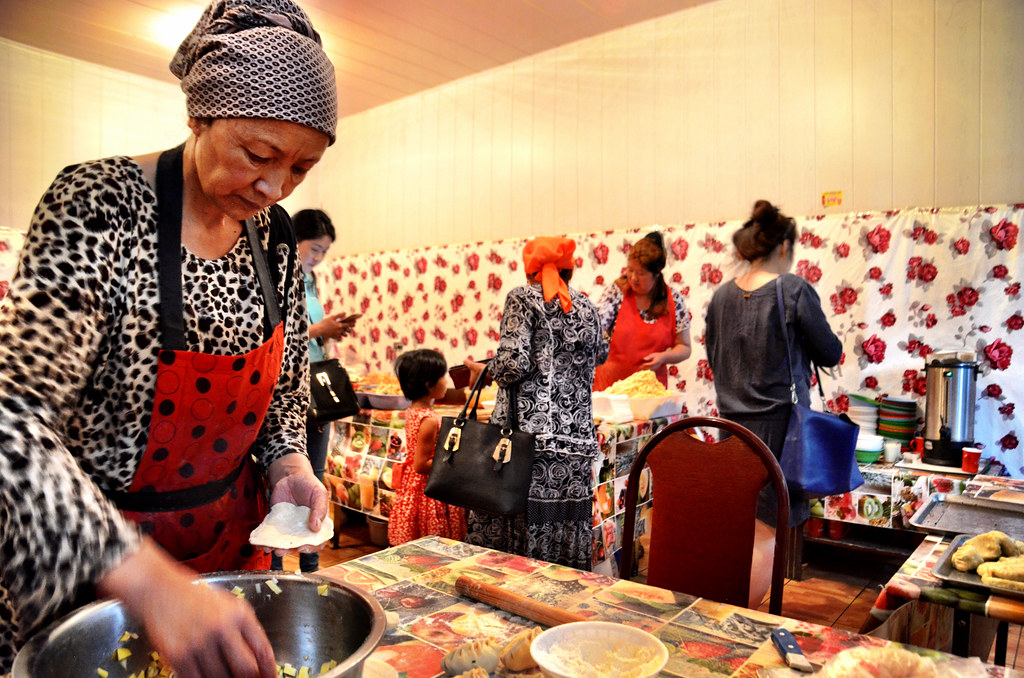 If you’re a regular reader of the blog, then by now you know how much I love taking food tours. They’re the fastest way to learn about a new culture, and definitely one of the most fun. I honestly couldn’t wait to get started in Karakol though. Having already sampled many national dishes, I was curious to learn more about why they’re important, as well as try some new ones. As always, I don’t want to give away all of the secrets of the Karakol food tour, but I do think it’s important to share some of the stories behind a few of Kyrgyzstan’s most important dishes.

Thanks in large part to its unique position along the Silk Road, traders from around the known world passed through the country over the centuries, bringing with them different spices and ingredients, recipes and techniques and infusing the region with a new way to enjoy food. Many of the meals that arose from these crucial interactions are still popular in Kyrgyzstan, perhaps none more so than lagman. I enjoyed this dish in a variety of different ways around Kyrgyzstan, but my favorite version happened on the food tour with a variation called Boso-Lagman. Lagman itself is a simple noodle dish made with very thick noodles, covered with peppers, vegetables and a spicy vegetable sauce. The difference in the Boso version is that the noodles are fried, creating a taste and texture that I loved. Meat is omnipresent in Kyrgyzstan, but lagman is an ideal dish if you’re vegetarian or just need a brief respite from the normal meat-centric meals found around the country.

What I loved most about the Karakol Food Tour, aside from the food naturally, was that each dish shared told the story of a different ethnic group in the city. More than just a primer into all things culinary, it also provided a fantastic base of understanding when it comes to the people and cultures of the country. In the case of lagman, it’s typically considered to be a Uyghur dish, one of the many Turkic peoples living in this part of the world. Another group common to Karakol are the Dungan, originally of Chinese decent, they are Muslim and have had an incredible impact on the culinary traditions of Karakol. I enjoyed the full width and breadth of Dungan cuisine and traditions at a special dinner experience, but was thrilled to also see the food represented on the Karakol Food Tour through one of the community’s most beloved dishes, Ashlyan-Fu.

Another noodle dish, Ashlyan-Fu is made from both wheat and starch noodles and is served in a cold vinegary broth along with vegetables, chill, cilantro and other goodies. It’s a little spicy, but it’s a popular lunch on the go for many in Karakol not only thanks to the amazing flavor, but because it’s also one of the cheapest meals you can find. Sold in a variety of small kitchens in the main bazaar, the expert cooks serve hundreds of bowls of this delicious meal everyday to all walks of life for the princely sum of $1 or so. It’s one of the best and cheapest ways to taste the very unique flavors of traditional Dungan cuisine in Karakol. 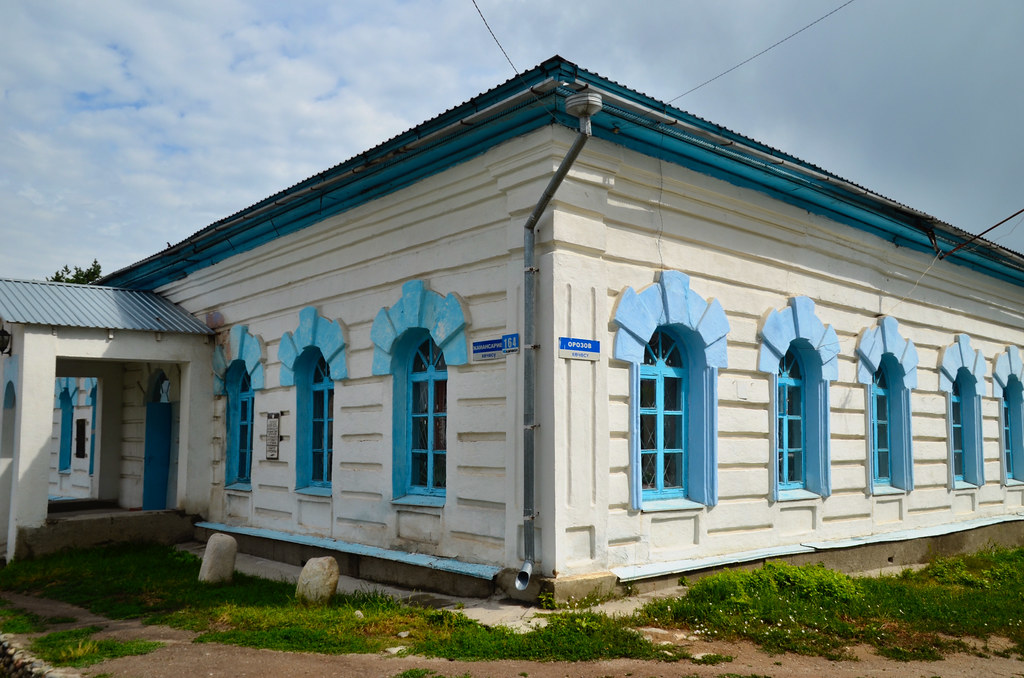 I’m mindfully not going to share the stories behind everything on the tour. After all, you need to be surprised when you take it yourself. But another aspect to the experience that’s just as important is the city tour that accompanies it, along with the incredible knowledge of local experts. The folks leading the tours through Karakol’s culinary side are born and bred in the city; it’s their home and they love it dearly. They’re also incredibly open and welcoming, handling any absurd question I had in stride. Along the way we saw a lot of the central town, admired the 19th century gingerbread Russian homes and even stopped off at a couple of quirky shops along the way. The tour ended at one of the favorite coffee shops in town; routinely frequented by expats for the coffees delivered with near perfection. The idea is to give tour participants the opportunity to chat with each other, as well as the guide, about their experiences on the Karakol Food Tour. To share what they liked, or didn’t, and to go even deeper into the unique history and culture of the city. I’ve never seen that on a food tour before but right away I loved the idea. I enjoyed bouncing thoughts and impressions off of other people, and hearing their own unique perceptions as well. It made the tour more complete, more well-rounded and is something I think every food tour would do well to emulate. 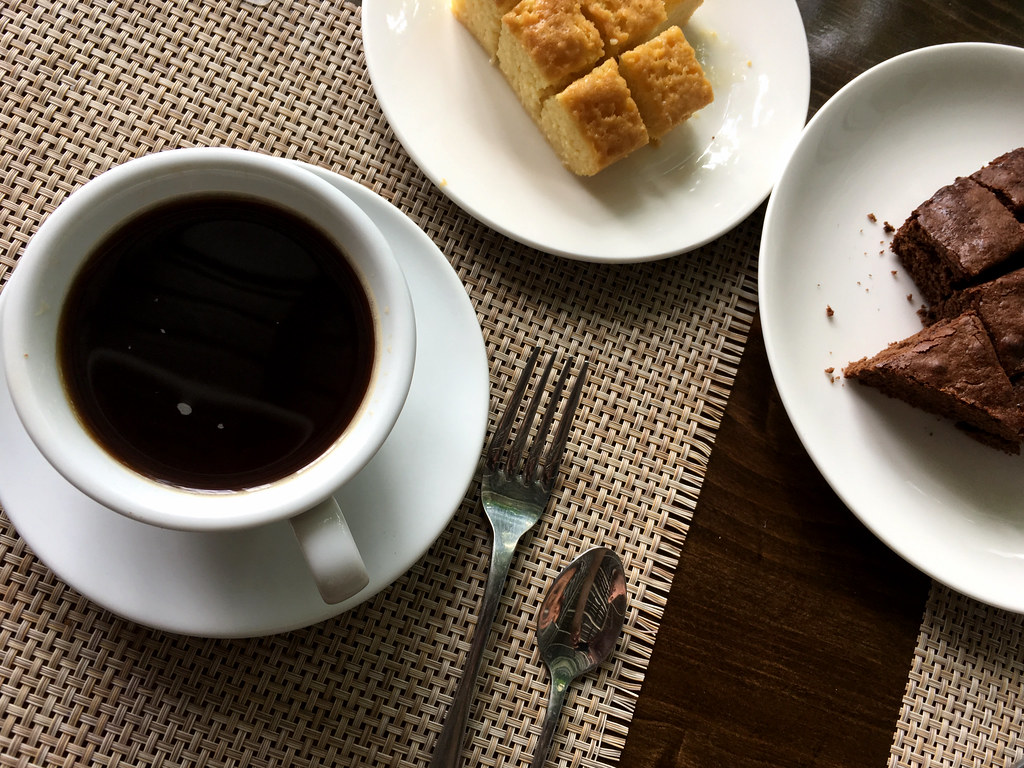 No, Karakol is not the next London or Paris, but it is an important stop for any visitor to Kyrgyzstan. It’s from this eclectic community where many of the country’s best adventure trips start and it’s where many other folks pass through on their way to other destinations. But don’t just be a voyeur; don’t just stop for the night and stay holed up in your hotel. No, instead add in a day or two, get to know Karakol in its own right, learn about its own inherent value and of course, be sure to taste the best the city has to offer on the one of a kind Karakol Food Crawl.

This trip was made possible by the support of the American people through the United States Agency for International Development (USAID). The contents are the sole responsibility of the author and do not necessarily reflect the views of USAID or the United States Government.