I loved the itinerary on my Abercrombie & Kent Connections Boutique Journey tour of Spain’s Seven Cities for many reasons, but mostly because it included many cities I’d never before visited. From the Alhambra in Granada to the rolling vineyards surrounding Jerez, the trip was one of fun and exploration. One stop though I was looking forward to in particular is also one of the most unique on the trip, Gibraltar. This remnant from another era of geopolitics, it’s actually a British holding right there on the Iberian Peninsula. I’d long wanted to see the Rock of Gibraltar for myself and when the day arrived I couldn’t wait. Then I looked out of my hotel window in nearby Ronda and didn’t like what I saw. Fog and rain had ensnared us overnight and instead of dissipating, it only got worse throughout the day. But as it turns out, while I never actually saw the Rock itself, I still had a memorable experience on my first visit to Gibraltar.

What You Should Know About Gibraltar

In 1704 an Anglo-Dutch force captured Gibraltar during the War of Spanish Succession. It was later ceded to Great Britain in perpetuity and remains an overseas territory to this day. It sits on the southern end of the Iberian Peninsula and controls the entrance and exit to the Mediterranean, which is only eight miles wide at this naval choke point. In fact, on a clear day you can even see to Morocco, and it’s this strategic position that best explains why the U.K. still retains it and why Spain would love to claim it for its own. It’s a very unique part of the world and it was for this strange history more than anything else that I was excited to visit. Gibraltar is tiny though, just 2 1/2 square miles with only about 30,000 people calling it home. It’s almost a geographical oversight, but one that attracts millions of visitors every year due to its unique status and the sights found only in the territory. 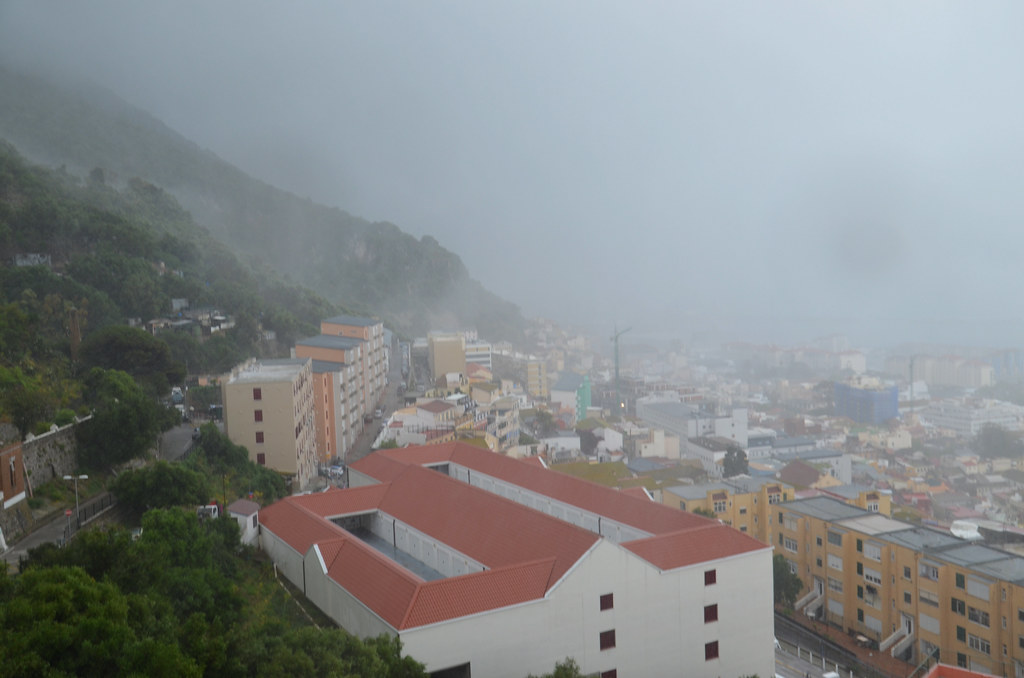 As I mentioned, it was raining on the day I visited. Well, no, that’s not quite accurate. The heavens had opened and a deluge to rival the one that threatened Noah had erupted. We arrived to the Gibraltan border and our guide pointed out the famous Rock. Well, sort of. She pointed in the general direction of what we surmised to be the Rock. A dense layer of fog covered everything, making it impossible to see beyond just a few feet. Armed with umbrellas and ponchos we made our way through the border crossing and onto British soil, all of us wondering how the day of never-ending rain would impact the visit. We met up with our Gibraltan guide, an amiable fellow from Manchester, and we set off to see the best of the territory. I have to give it to him, he never lost his sense of humor throughout the day which, by all accounts, was near disastrous. Pretending as if the buckets of water falling every second didn’t exist, we set off on what was a normal tour of Gibraltar and its key sights. The major difference being that we literally couldn’t see anything and no one was really interested in leaving the bus at any of the stops. Eventually, through mutual acclamation more than an active decision, we just sort of gave up. I’m not being hyperbolic when I say that it was the worst rainstorm I have ever experienced in my life. I have never been that wet while fully clothed and indeed it took a couple of days to dry out my poor, abused clothes. We ended our tour downtown where we were let loose to go enjoy lunch. This simple act turned out to be the highlight of my day. 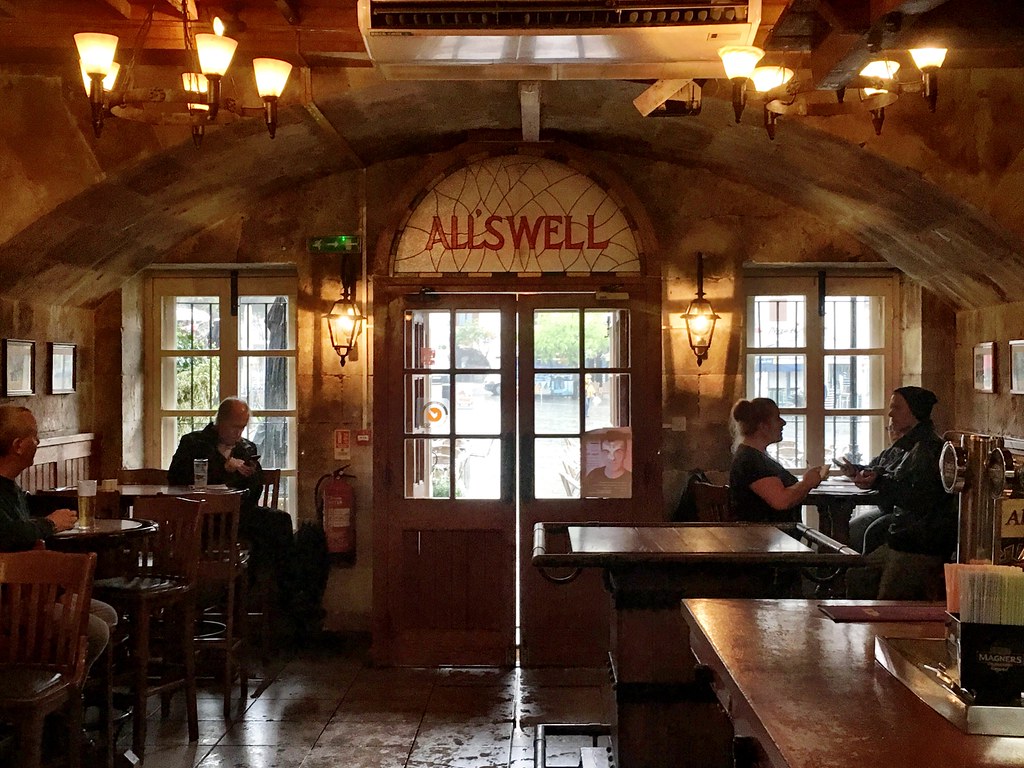 Finding a quiet British-style pub (fittingly named the All’s Well) I walked in and was instantly transported to England. It’s amazing how seriously Gibraltans take their British citizenship, everything in the pub was just as I would expect anywhere in the U.K.; even the employees were all British. Sitting down at a booth with a loud squishing sound, I sought to dry out as best I could while enjoying some hearty pub grub. A pint of Smithwick’s and a massive cheeseburger soon arrived, both tasting better than anything I’d ever eaten in my life. I needed that warmth and nourishment after the hours spent navigating the impossibly wet sights of Gibraltar, and I spent more than an hour enjoying the conviviality that only a true British pub can provide. It was both a belly and heart warming experience and instantly changed my impression of the territory. But the real star of the day wasn’t a burger, it was the Abercrombie & Kent Resident Tour Director who saw a problem and then solved it. 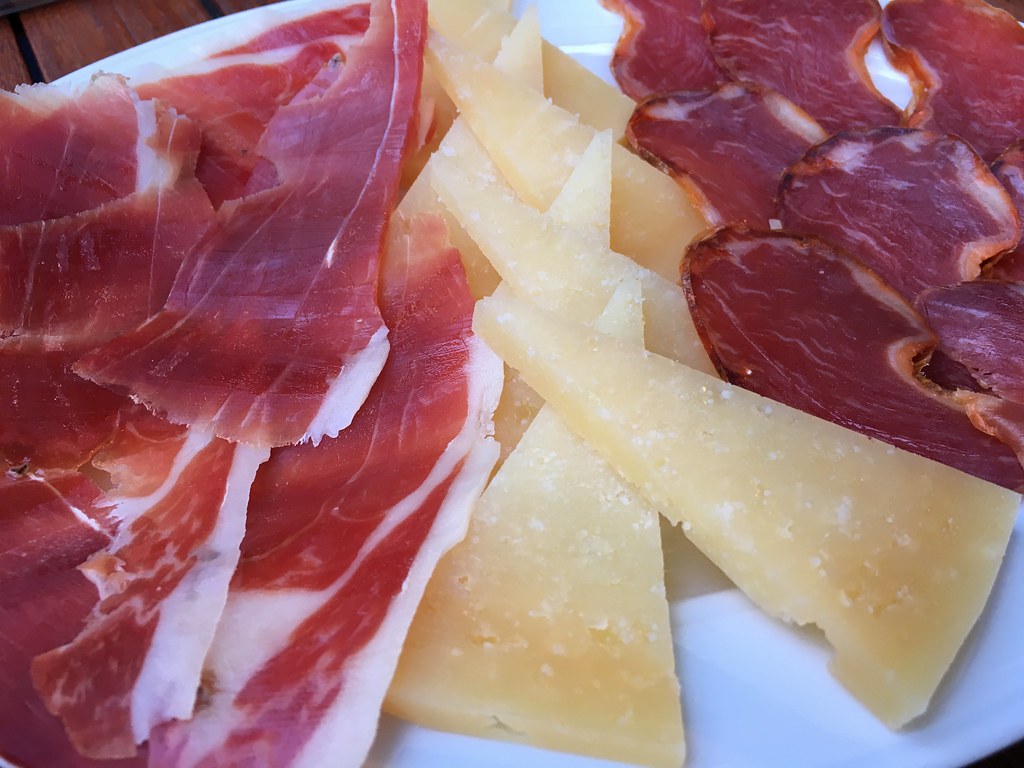 Unplanned Travel Experiences and My Takeaways

Travel is by its very nature unpredictable, which is why it can be so much fun. But it’s that same level of unpredictability that can also negatively impact a trip. Abercrombie & Kent can’t (yet) control the weather, and so there was little recourse when the skies opened that day and decided to never let up. What any good tour provider can do though is to gauge the emotions of the tour participants and then react accordingly, which is exactly what happened in Gibraltar. After the first few stops of the day, the Tour Director saw that a normal day wasn’t going to be possible and, with our enthusiastic agreement, decided instead to give us more time to enjoy a nice lunch. What I didn’t know at the time was that while I was devouring that burger, she was on the phone organizing something special for us all. When we finally arrived back to our hotel that afternoon, she said she had a surprise for us and led us to a private room. There all ready for us was piping hot coffee and tea, wine, snacks and desserts. It’s what we all needed not just to help warm up, but to improve our moods. It wasn’t the easiest of days but ending on that high note made all the difference.

How we deal with adversity defines who we are and that’s certainly true in the travel experience. It’s also what defines any travel provider, be it an airline or operator like Abercrombie & Kent. Life happens, but the ability of Abercrombie & Kent not to only roll with the punches, but to immediately ameliorate any situation consistently amazes me. I saw that when I traveled with them in Africa and once again after what was a slightly disastrous day in Gibraltar. Not everyone would take the time and energy to look after their guests as we were that day and it’s just one of many reasons why I’ve come to admire them as a company so very much.

So no, I never actually got the chance to see Gibraltar, but that’s ok. It gives me an excuse to return and try again, hopefully next time though with a little less rain.