Barcelona is one of those great global cities that many of us have passed through for one reason or another. That was my problem actually, I’d ever only just passed through. Although I’d been to the city on several occasions, I never spent time there, never saw its famous sights and certainly never got to know it a little better. That all changed recently at the start of my Abercrombie & Kent Connections Boutique Group Journey through southern Spain. Thanks to the organized tours as well as my own explorations, after just a couple of days I left the city content that I had at least started the process of getting to know it better, experiencing the sunny disposition that has endeared it to millions around the world. I’m working with Abercrombie & Kent on this project but, as always, all thoughts and opinions are entirely my own. 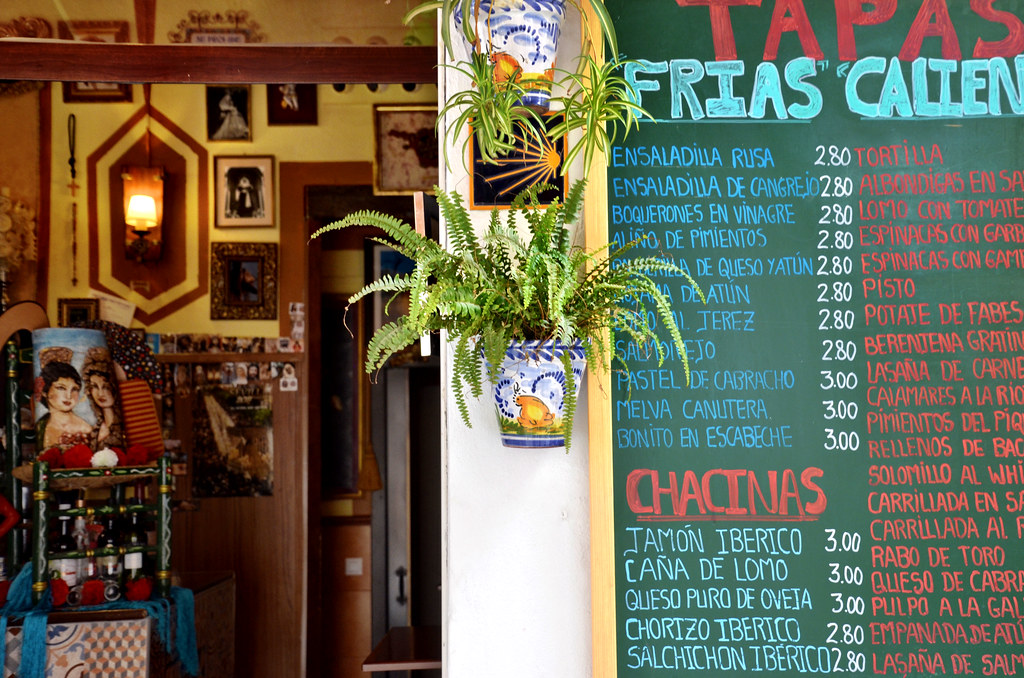 Eating all the food

One thing I did know before visiting Barcelona is that anywhere you go in Spain, food is at the center of the travel experience. From regional favorites to the omnipresent jamon and cheese, prepare to let your waistband out a few notches while luxuriating in this great city. To learn more about the food culture of not only Barcelona but the entire Catalonia region, I joined a Context walking tour focused on the Pica-Pica style of tapas. In 2017, tapas are a worldwide phenomenon, but in Barcelona the local tradition of enjoying small bites either before or as the meal have been a tradition for generations. Pica-Pica can mean a variety of things, but at its base it simply includes light bites, great drinks and fun conversation with friends. Barcelona comes alive in the evenings and that’s when our tour of the up and coming Poble Sec neighborhood began, eventually visiting several different cafes and restaurants in the area all specializing in different styles of small bites. Not only was the food incredible, but learning about the local culture by living it was the ideal foodie re-introduction to Spain and made me look forward to the rest of my trip that much more.

An important aspect of any trip to Barcelona is the incredible influence of Antoni Gaudi, found throughout the city. During our walking tour coordinated by Abercrombie & Kent, we touched on several of his most famous works, including the massive and unfinished cathedral, the Sagrada Familia. Gaudi’s work, so say the experts, is marked by four passions: architecture, nature, religion and love for Catalonia. Gaudi didn’t just design buildings, he took great care in creating every aspect of his creations, integrating the crafts of stained glass, ironwork and others into everything he designed. He was one of the early pioneers of what we call the arts and crafts movement in the U.S. and introduced techniques never before seen in architecture. My exploration of all things Gaudi began at one of his most famous projects, which also happened to be right around the corner from my hotel, Casa Mila otherwise known as La Pedrera. Designed for the wealthy couple Roser Segimon and Pere Milà and finished in 1912, the original design actually called for a number of religious elements. Gaudi was a fervent Catholic and this strong religious belief is a reoccurring theme throughout many of his works. The building was controversial though, as it is even today, and city codes and public outcry called for certain aesthetic changes that nearly forced Gaudi off of the project. Today though it is a UNESCO World Heritage site and is known around the world for its strange wavy lines and ironwork that survives to this day. 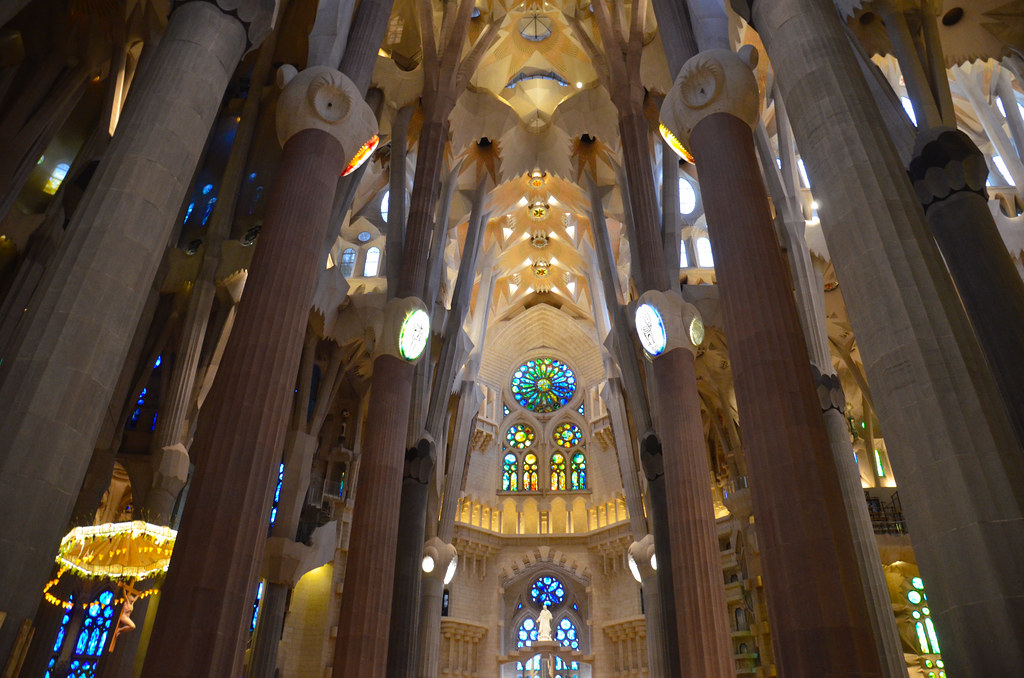 The star Gaudi attraction in town though is of course his masterpiece, the Sagrada Familia. The project started in 1882 and Gaudi took over its design in 1883, adding Art Nouveau sensibilities to a decidedly Gothic look. The result is a bit strange. What’s more strange though is that when Gaudi died it was only 25% completed and still today is only half way done. Authorities believe it won’t be until 2026 when the mighty church will finally be complete. I’d seen it from the outside before, but our A&K guide took us inside and that’s when my opinions began to change. While I don’t love the cathedral’s outward appearance, inside it truly is a masterpiece. The play of light, art and architecture is so complex and mesmerizing that I could have stood there in the central nave all day, transfixed by it all. That was the moment when I finally learned to appreciate the odd eloquence through which Gaudi still speaks to us today. The narrative provided by the guide only heightened this newfound appreciation and the entire experience in the church even changed my opinion of the city itself.

One of the great aspects of joining an Abercrombie & Kent Connections Boutique Group Journey is the fantastic hotels. Smaller, boutique hotels situated in well-located neighborhoods with plenty to see and do. That was certainly my experience in Barcelona at the elegant but modern Hotel Omm. Easy walking distance to many shops, restaurants and attractions, it made my short time in the city easy and convenient. The rooms themselves were like a gallery with clean lines and lots of gadgets to keep me occupied. One thing not to miss is their restaurant, which surprised me after an incredible dinner I enjoyed there my first night in town. If you’re passing through Barcelona, this is definitely the place you should stay. 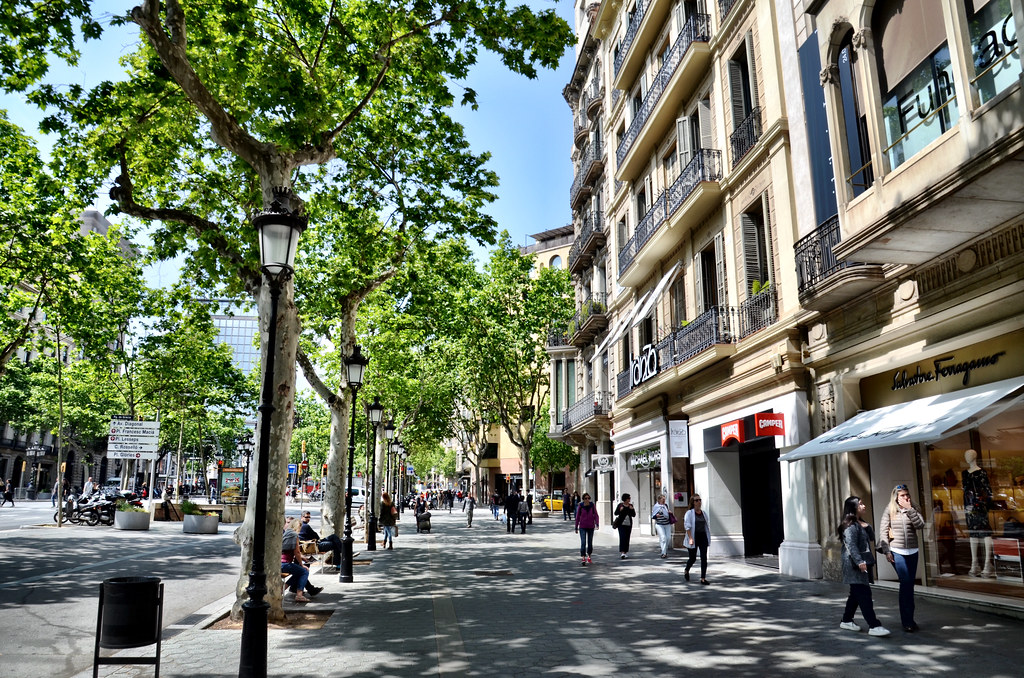 The feeling that only Barcelona can provide

As I walked back to my hotel after spending the day exploring the historic central areas of Barcelona, I couldn’t help but smile. The sun was shining, everyone was out and about and there seemed to be a sparkle in the air. Certain cities are just inherently beautiful, not only aesthetically, but on a more meaningful level and Barcelona is one of those cities Everything there just clicks, from the people to the food and the culture, everything just feels right which is also probably why it’s been such a popular place for tourists to visit. More than just visit though, I imagine that Barcelona must also be a wonderful place to live and, believe it or not, that’s what we as travelers need from a destination. Although we only spend a very short amount of time in any new place when we travel, in order for us to well and truly love the experience, the cities, towns and villages must themselves have all of the important elements not just for tourists, but for the people who call these areas home. They need to be well rounded otherwise as travelers, it won’t be a positive experience just as it wouldn’t if we were to call these cities home. Traveling to a new place is a disruptive experience for both the traveler and the destination, but a necessary one. It’s through this disruption that sure, we the traveler grow and learn, but it also helps the cities themselves. It helps them rise up to the challenge of providing new services, adding value and just being an overall wonderful place to live and visit. That’s the symbiotic relationship of travel and in Barcelona, this partnership is one of the strongest I’ve ever seen, whether locals and tourists realize it or not.