One aspect of my Monograms trip to Colombia I loved was how much free time I had to explore on my own. I’ve written about Monograms in more detail in this post, but they are a fantastic tour option for independent travelers like myself who really enjoy getting to know new places in their own way. For me, that usually means scouting a couple of different walking tours to help introduce the history and culture of a new destination and one of my go-to companies is Context Travel. Throughout the year I’m working with Context to highlight some of their tours around the world, but I’m certainly no stranger to their walking tour experiences. I’ve been patronizing them for years because, unlike so many other companies, they offer walks that are completely different from anything else offered. As one of their Deep Travelers, I’m proud to say that Context and I both agree that travel is an education, one born from a natural cultural curiosity. It’s about connecting with new places and especially those individuals who these destinations home, transforming a trip from a simple holiday into something truly impactful. Such was the case when I was in Cartagena where I took two of their tours, including a colorful walk around Cartagena’s old town on the Context Introductory Cartagena Walking Tour. 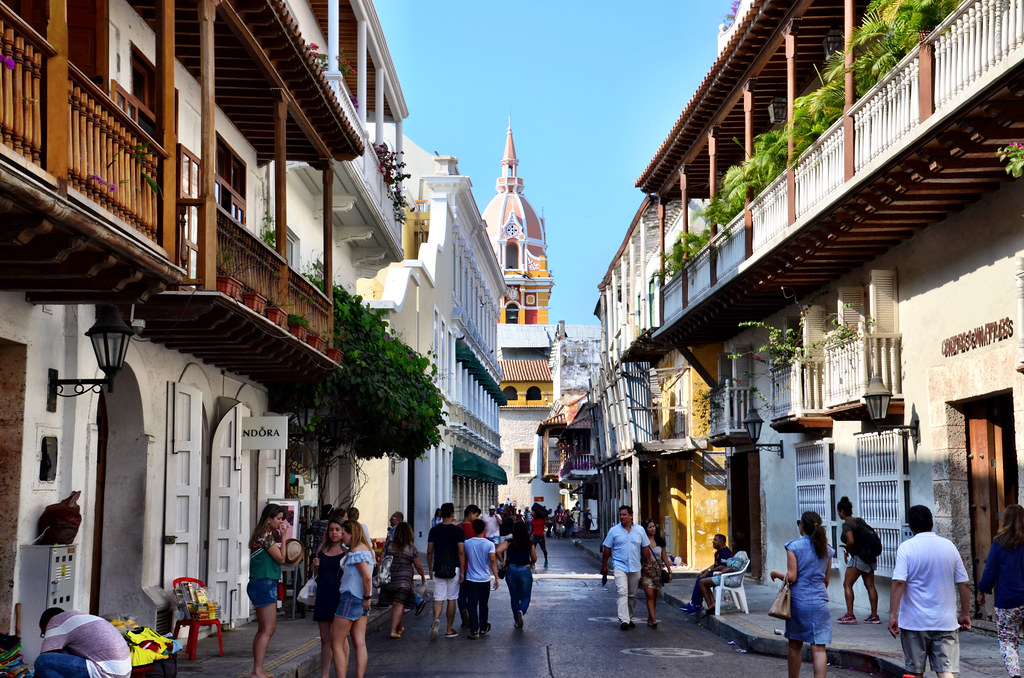 While I enjoyed all aspects of my journey around Colombia, Cartagena was just a little extra special. It’s hard to say why; sometimes we just click with certain cities and for me that was Cartagena. Warm, tropical temperatures, the smell of the sea and a UNESCO recognized old town that is as colorful a place as I’ve ever been – all of these factors and more made me fall madly and deeply in love with the city almost immediately. That love affair though was born in large part thanks to my walk around the historical neighborhoods with Context historian Claudia. 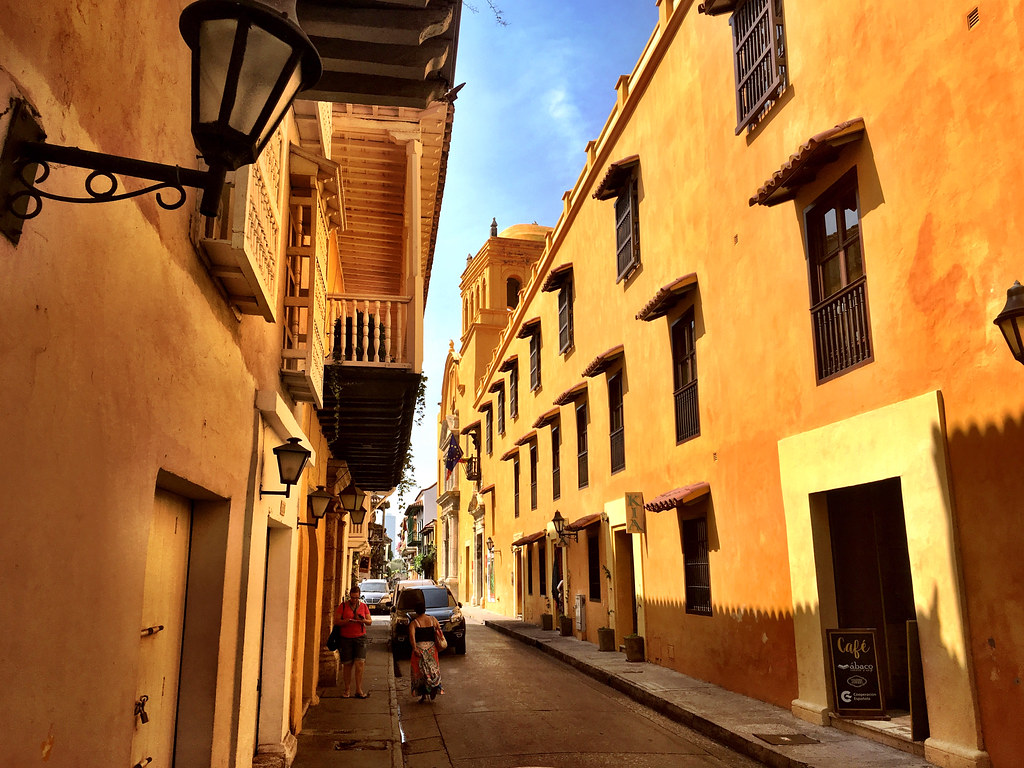 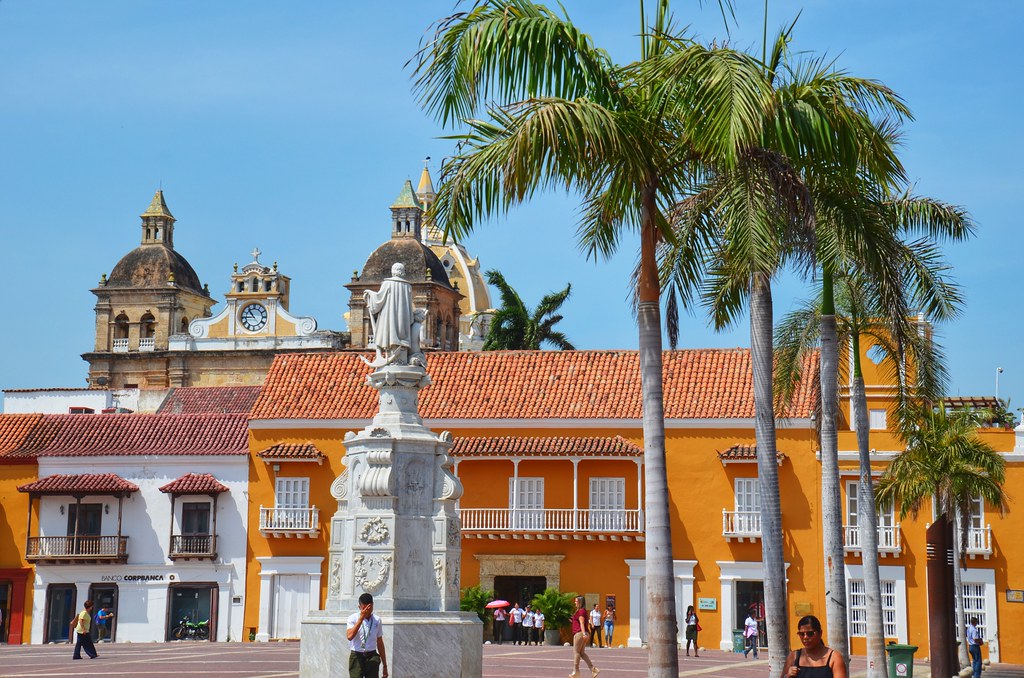 A lifelong resident of the city, Claudia’s insights not only into the history of the city, but the culture as well were invaluable and I think is in large part why I came to love Cartagena so very much. Starting in front of my hotel at the Plaza de San Diego, I didn’t fully realize it at the time but my hotel, the Santa Clara, didn’t just play an important role in early colonial life but is emblematic of the role religious orders played in the formation of Cartagena. I loved learning all about not only my neighborhood, but the plaza it calls home. It was a square where I had already meandered around several times, never fully realizing its history or importance. Ultimately, that’s one reason why I love taking great walking tours with experts. I want to learn when I travel, I want to appreciate destinations on multiple levels and not only the superficial. Claudia and Context proved to me within a few minutes that they would provide both and the resulting few hours wandering around Cartagena was as great a crash course into its impressive past as I could ever have hoped. 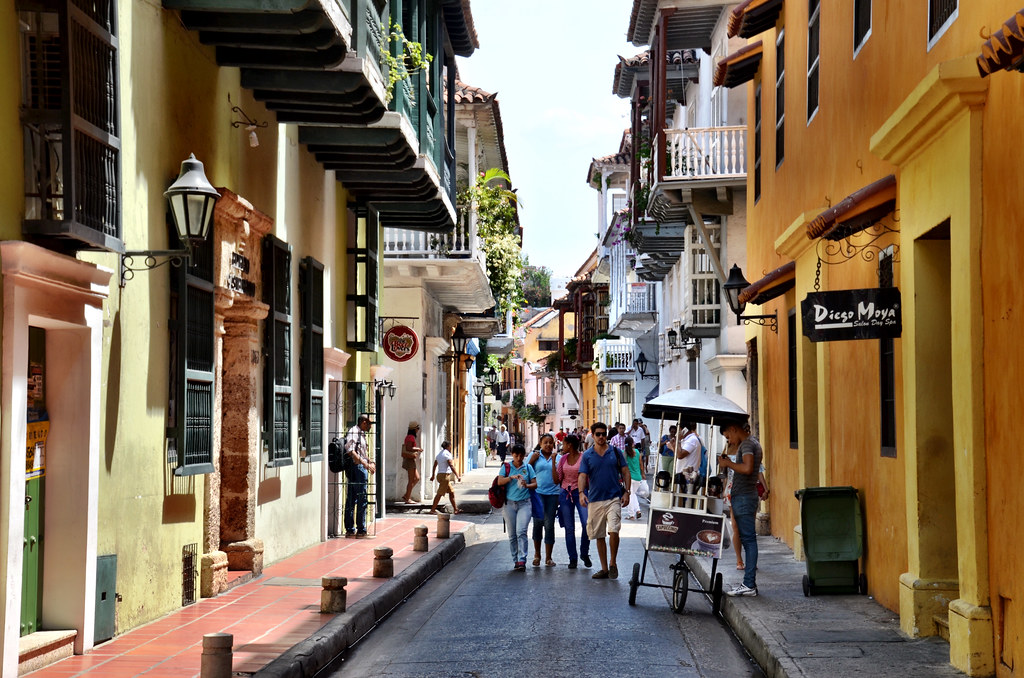 When I was in college, I worked as a tour guide for the university as well as a winery and even a nearby historical home. I loved the interactions with visitors and leading the tours gave me a greater appreciation for the region of Virginia I had come to call home. One aspect of the job though that was clear almost immediately was that no matter how much I wished differently, I understood that very little of what I shared would ever be remembered by paying customers. No, the information was too much and too detailed for them to remember all of it. I did know that they would remember how they felt. Were they happy or sad, did they laugh or were they bored? I think that holds true for all tours, it’s how we feel during the tour that ultimately matters and is but one of many reasons why I know my walk through Cartagena was such a success. Walking around with Claudia was fun, plain and simple. She shared countless anecdotes about the history of her city but she also told stories from her own life, how she’s seen the city change and where she thinks it’s headed. We laughed, we bought coffees, we relaxed on a bench a few times and just enjoyed the day for what it was. This, more than anything else, is what made the walking tour such a success. So much more than learning about the religious history of Cartagena, or the Spanish Inquisition or those little touches of Botero found around the city, the most special moments were all completely unplanned. 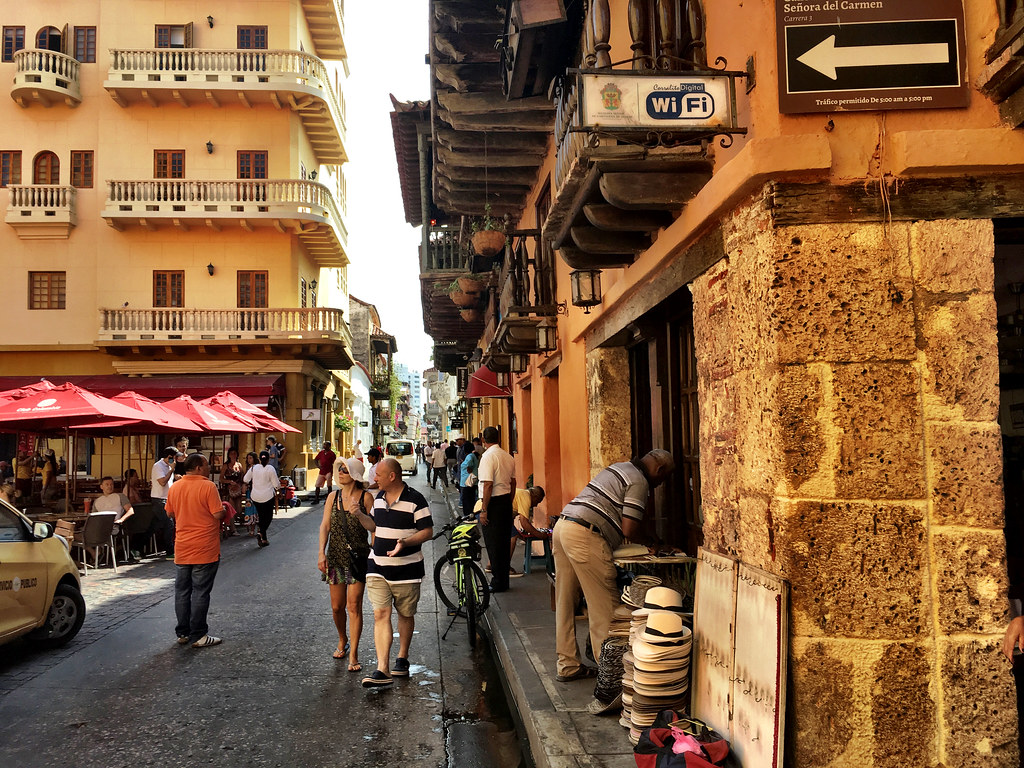 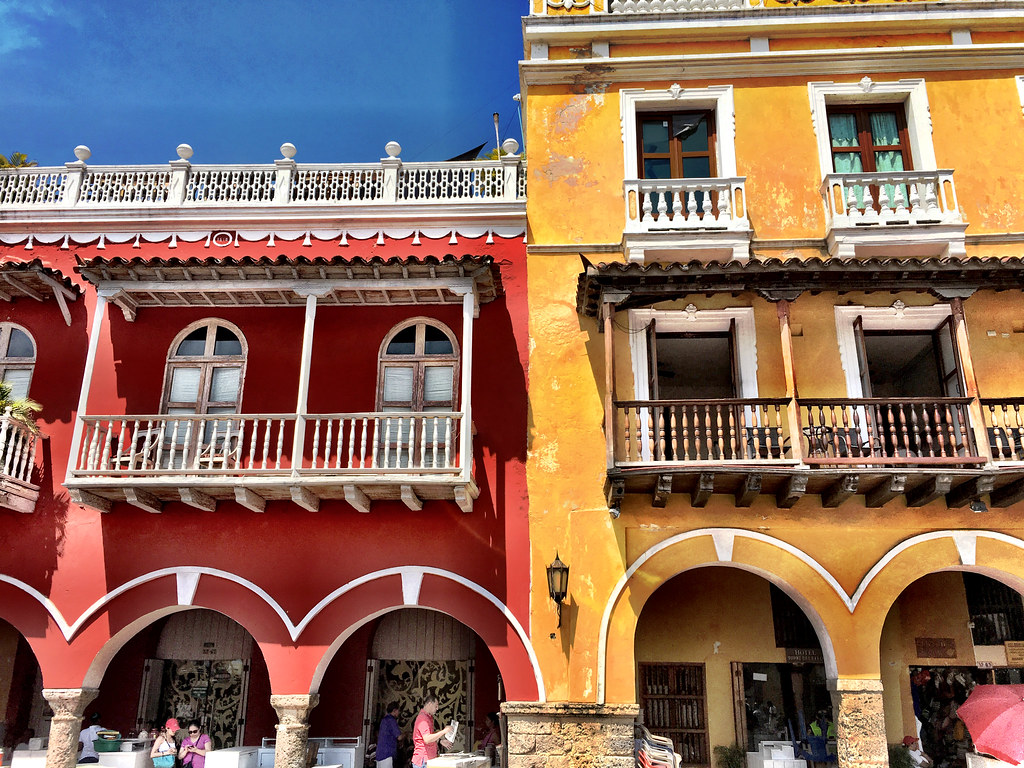 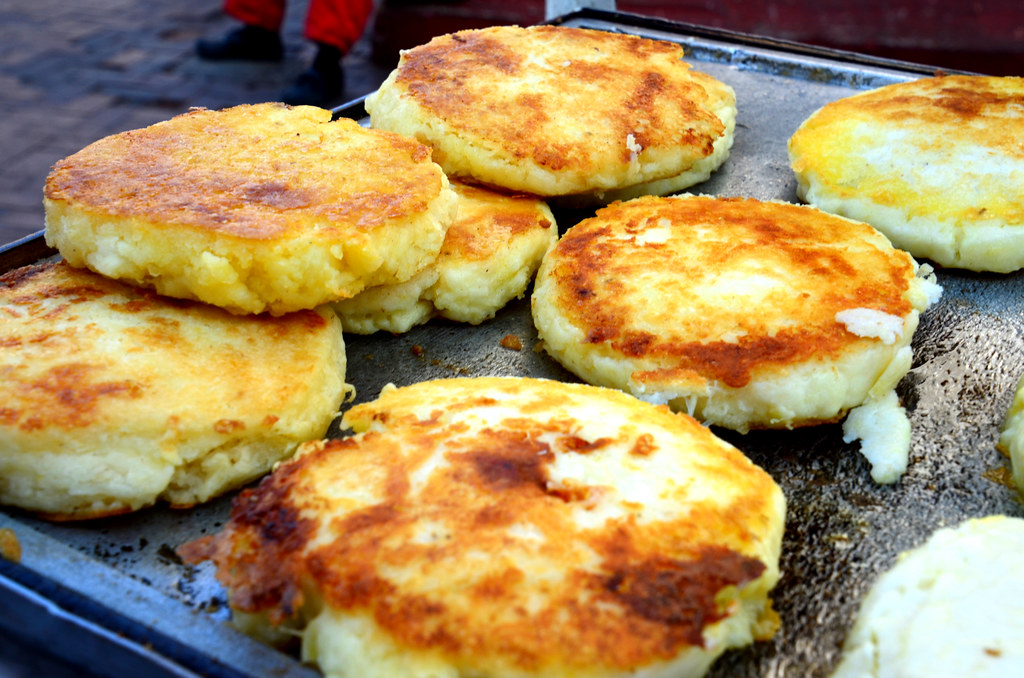 By that point in my trip, I had already fallen in love with Colombian food and was particularly obsessed with trying as many different kinds of arepas as I could. Passing a stand, my interest turned into a mini-food lesson about Cartagena led by Claudia, a few minutes that weren’t part of the tour but which helped further my own love for the city. That’s unique in a tour guide and instead of scripts and talking points, spending the morning with Claudia was very much like spending time with a friend. That’s special and I thank Claudia in large part for helping me learn how to properly appreciate the city. 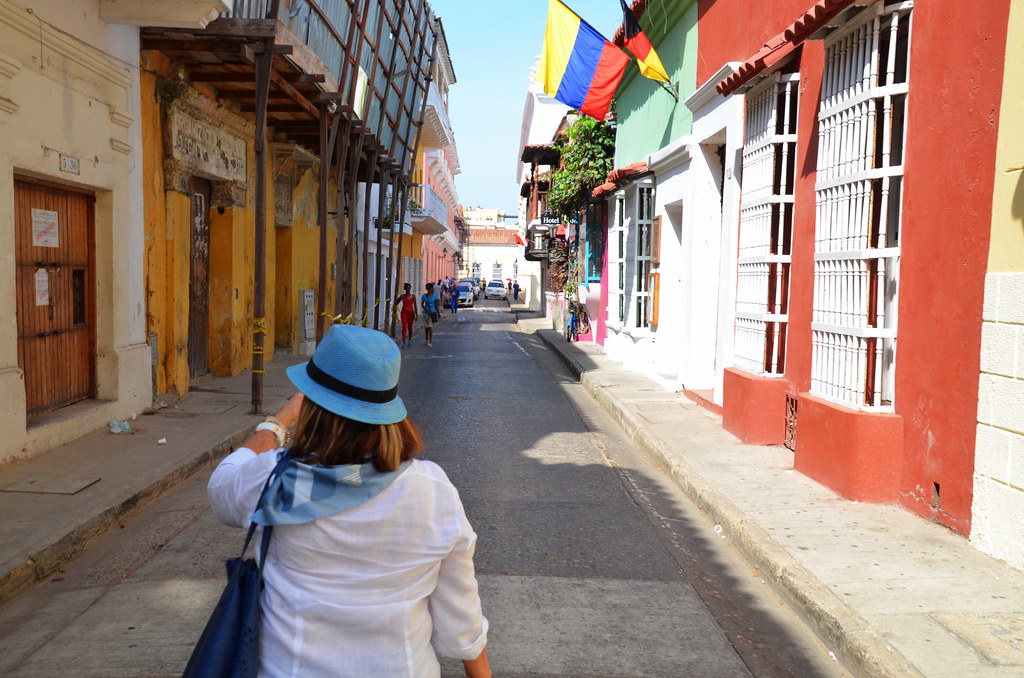 The reason why I keep going back to Context year after year is because they never fail to surprise me. Most cities around the world have a variety of tour companies and guides but they almost all offer the same tour options. There’s a fixed set of routes and few, if any, deviate from them. Context has blown up this concept by working with local historians and experts to pull out aspects of the city that many visitors ordinarily look past. In Paris that means a tour all about the importance of Haussmann in the modern city, in Barcelona it’s joining a local foodie for a late night tapas tour and in Colombia it means getting to know beautiful Cartagena through the eyes of the people who not only call it home, but who also love it dearly. Ultimately when we travel, that’s what we want. Sure, we want to learn, to experience new things but we also want – maybe even crave – those personal connections. We need to understand these places in a way that no guidebook could ever hope to replicate. We need that personal touch, the human element and few accomplish this lofty goal with such ease as Context Travel.