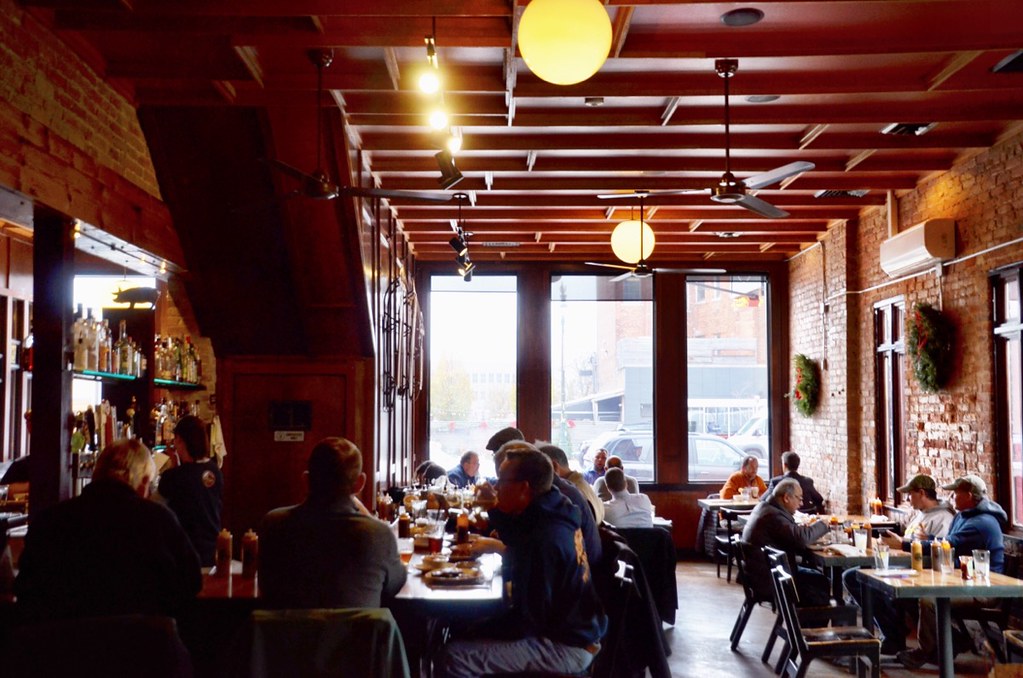 Every city has a food culture that is unique. In some cases though, this culture is more developed than in others. New York has almost too much to list from pizzas you can fold to the best bagels in the world. Philadelphia, New Orleans and Chicago are a few other US cities where the comfort food isn’t just good, it’s legendary. Well, as I recently learned, Detroit belongs on that list as well. I was in the city to experience it for the first time as the guest of Ford Motor Company who, when they learned I’d never been before, wanted me to see what makes Detroit such a fun city to visit. Asking friends and family what I shouldn’t miss, it quickly became obvious that food wasn’t just going to be important, it would become the star of my brief 2-days in Detroit. As I discovered, that was an understatement and my only regrets were that I didn’t have more time, or more physical ability, to try even more great Detroit dishes. What I did manage to enjoy though are amongst the most famous foods that Detroit produces; comfort foods that are at the heart of the Detroit food experience. 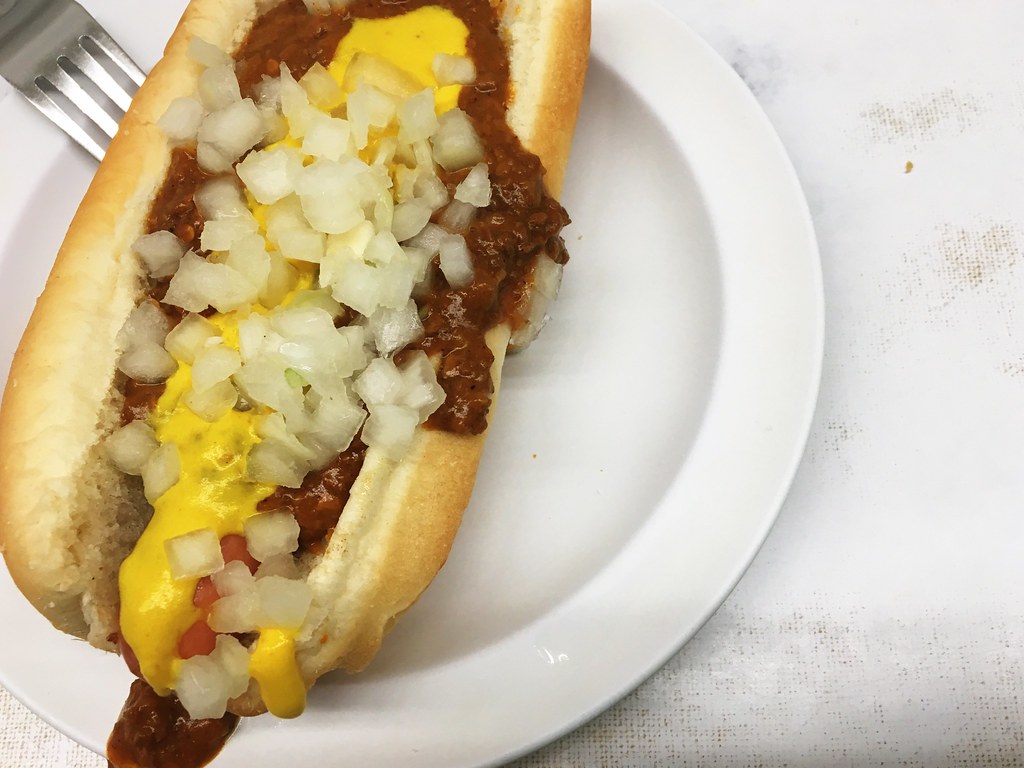 I never really thought about it before my recent trip to Detroit, but several cities have unique variations on the so-called Coney dog, usually called hotdogs by most normal people. The Coney dog followed the Greek migration as new immigrants settled in the country in the early 20th century. Most of them passed through New York and picked up the name Coney, which is why you find so many Coney hots in Detroit. The Detroit Coney is a fairly straightforward dish: A grilled hotdog is covered in a generous helping of chili after which mustard and chopped raw onions finish it off. While there’s really no debate on what a traditional Detroit Coney dog includes, what is up for fierce debate is where to enjoy them. Everyone has a favorite and it’s actually a pretty delicate question to broach with locals. Ground central for this delicacy is found on Michigan Avenue, were Lafayette Coney Island and American Coney Island have been staunch rivals for decades. Detroiters eat at one establishment or the other and stick with it for life. There’s no switching and it’s a loyalty the likes of which you’d be hard pressed to duplicate. Since I was a tourist, I had free reign to try them both, which I happily did. Walking into the Lafayette, it felt like a classic, old-style diner. I can’t imagine that anything inside has changed much in the last 50 years and I love that. Lafayette, in my opinion, also had a better Coney dog. The hotdogs were better prepared and the proportion of chili to hot dog was also more reasonable and made eating the Coney with your hands easy to do at Lafayette, but impossible at American. These aren’t the only two establishments serving this tasty bite; you’ll find Coney restaurants all around town making it easy to try them at least once while you’re in town.

This is a serious topic, what kind of pizza your family enjoys is a big deal, at least it is in my household, where the foldable New York-style of pizza wins the day. While I do love a giant slice from the streets of New York, as soon as I saw a photo of Detroit-style pizza, I knew I would fall in love pretty quickly. So what makes Detroit pizza so unique? Non-Detroiters would probably call the square shaped pies a pan pizza, which it is. Ordered by how many squares you want (4 or 8) the pizza features delicious, slightly burned buttery crust that I could eat on its own everyday and be a happy guy. The pizza is cooked in square pans and the sauce is baked over the cheese. Originally started at Buddy’s Pizza in the 1940s, the style has spread far and wide throughout the city and even beyond. Of everything I enjoyed in Detroit, this is the meal I find myself thinking back to again and again, wondering when and where I’ll be able to enjoy this classic meal again. 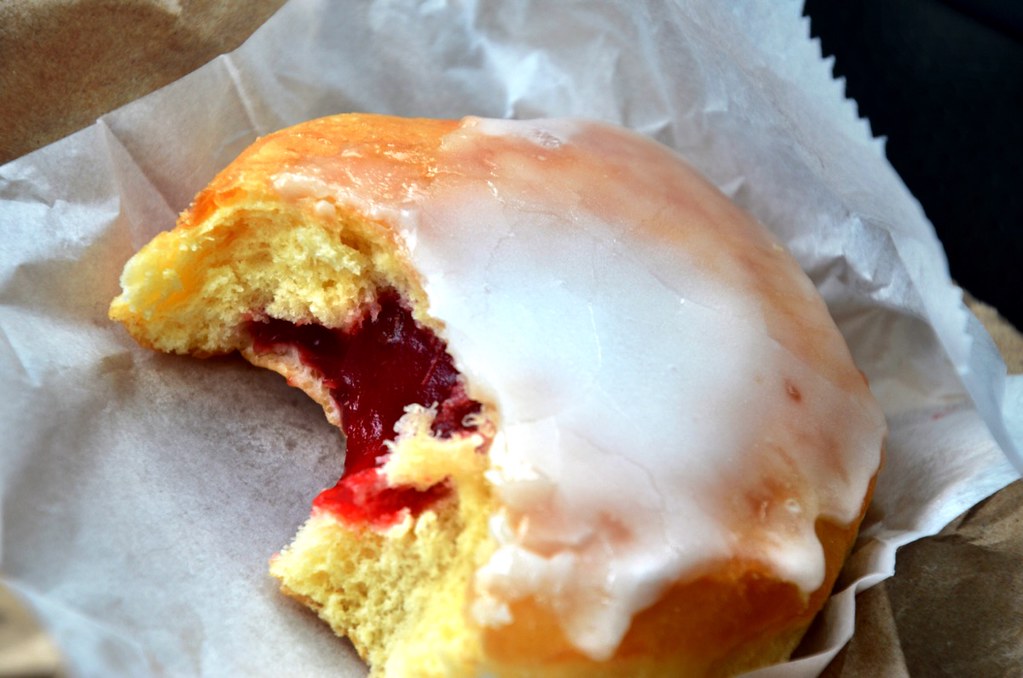 If you follow this site, then you know I have a sweet tooth. In particular, I haven’t met a fried pastry that I haven’t loved. Donuts, fritters, beignets – you name it, I’ll at least try it. While Detroit has several homegrown donut shops, I was more curious about a Polish delicacy that can be hard to find – paczkis. During the heyday of the automobile industry, people from around the world immigrated to Detroit for the promise of well-paying, stable jobs. That included a large Polish population, and they naturally also brought with them their food culture. Driving through the small suburb of Hamtramck, I noticed Polish supermarkets, butchers, stores and my ultimate goal, bakeries. Small shops run by little old ladies with thick Polish accents, as soon as I walked through the front door at the New Martha Washington Bakery, I knew I had found the real deal. Paczkis are essentially a filled donut, topped with icing though instead of glaze. While you can find them throughout the year, they’re most popular on Fat Tuesday when people buy them by the box full, one last indulgence before Lent. 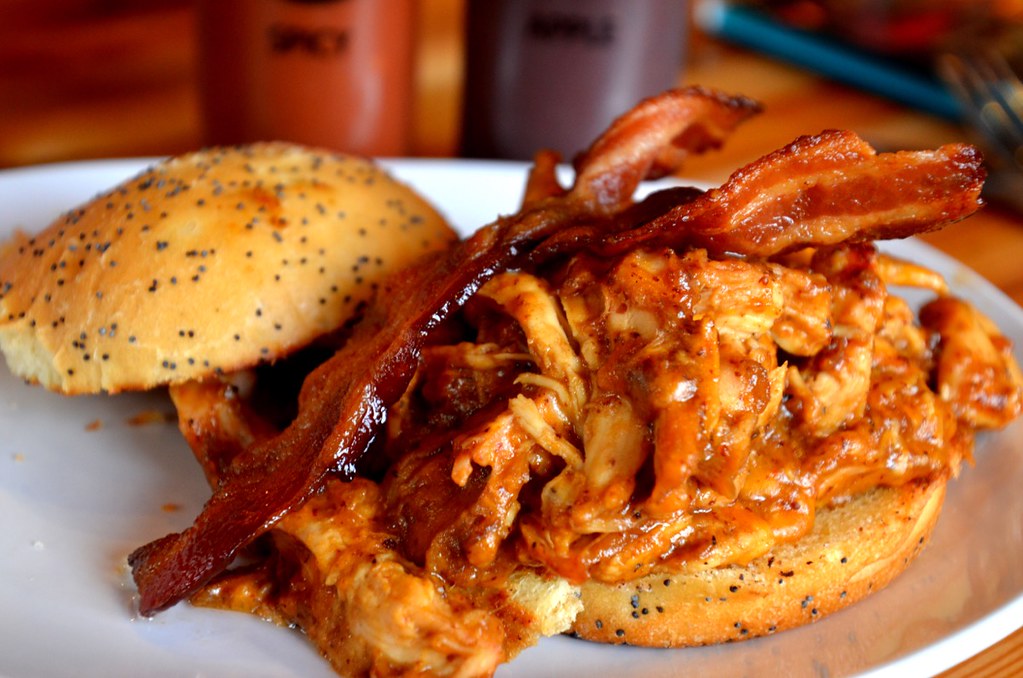 Given the crisis that Detroit has experienced over the last several years, renting space for a business has been very affordable, which in part has led to an explosion of innovative restaurants, bars and cafes throughout the city. Corktown in particular enjoys many of these delicious establishments including a personal favorite, Slows BBQ. Started in 2005 by a Detroit native who moved back home after a successful career in New York, the restaurant combines the city’s great BBQ tradition with creative and innovative concepts. The result is some of the best plates of BBQ you’ll ever find, including their most famous sandwich the Yardbird. Smoked chicken, pulled apart and tossed in their special sauce with sautéed mushrooms and cheddar cheese, topped with applewood bacon, this delicious meal requires a nap soon afterwards. More importantly, Slows has become an anchor for the neighborhood’s revitalization, inspiring other entrepreneurs to join them in providing something new and delicious to the people of Detroit. 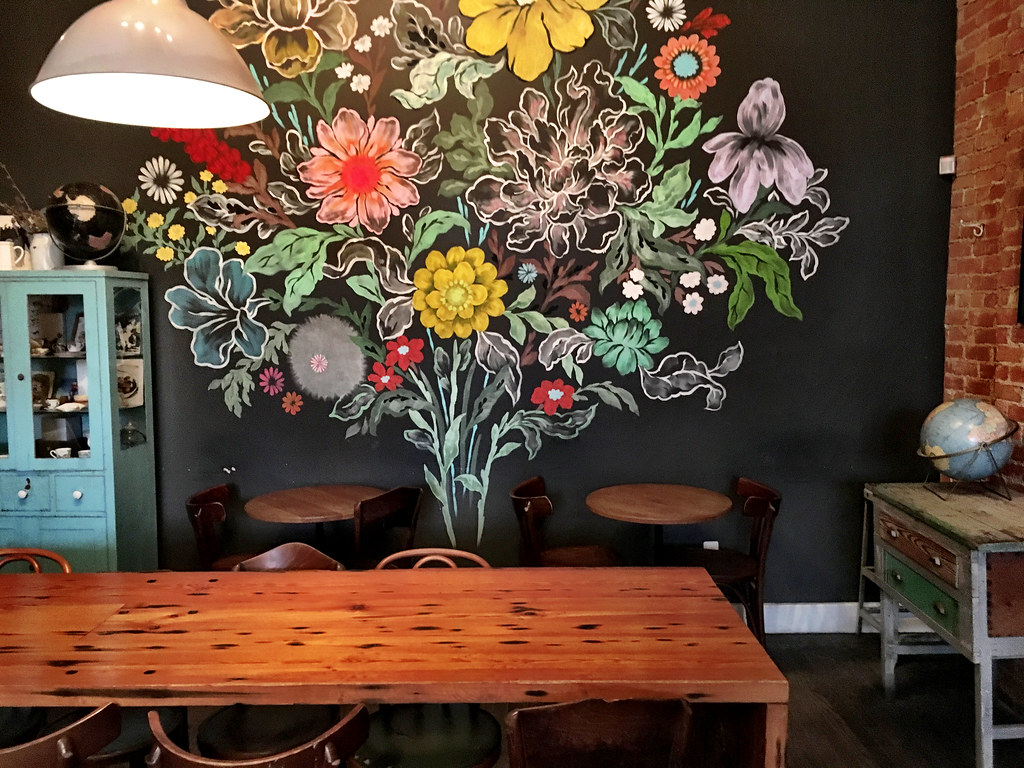 Unique Detroit food moments aren’t limited to what’s only on your plate though. Detroit has seen an influx of young urban professionals who have brought their own love of artisanal, fair trade coffee with them. I saw more hipster-influenced coffee shops in Detroit than anywhere else I’ve been lately. My personal favorite is also located in Corktown, not too far away from Slows BBQ. Astro Coffee feels like walking into a friend’s house with comfortable furnishings and delicious coffees and pastries. Waking up slowly is encouraged here, so bring a book or newspaper and just enjoy the atmosphere. 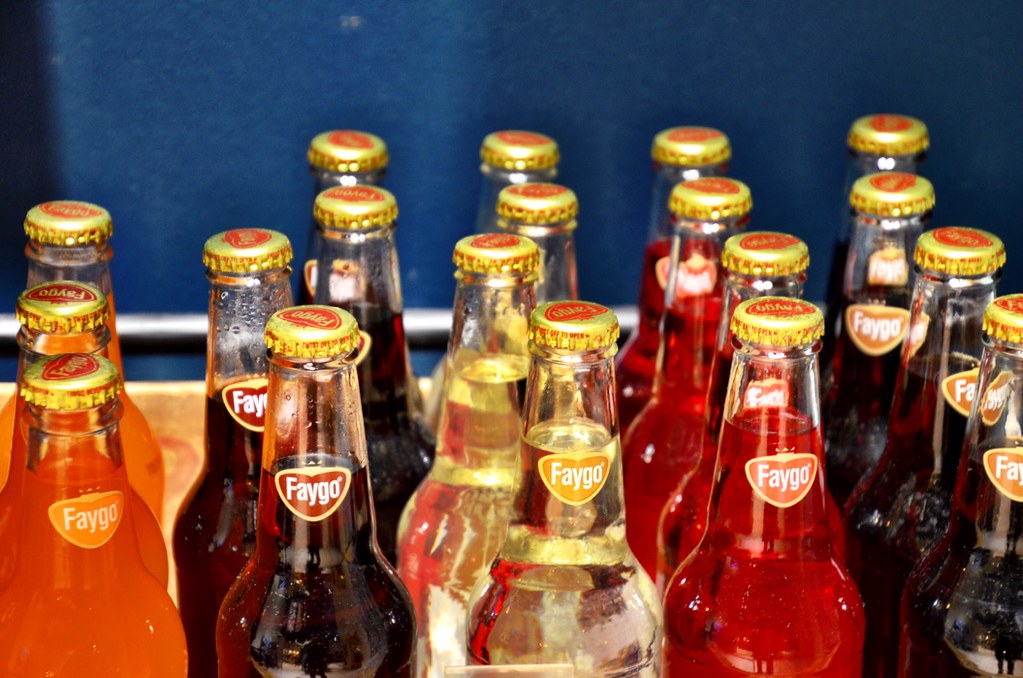 At lunchtime be sure to try Detroit’s own soda, Faygo. One of the nation’s first soft drinks, Faygo was created in Detroit back in 1907 and since them has become a city institution. Available in a variety of fruit flavors, their root beer is usually known as the best in the country. Even with this success though, Faygo is still pretty much a regional brand, distributing to places where people say pop instead of soda. 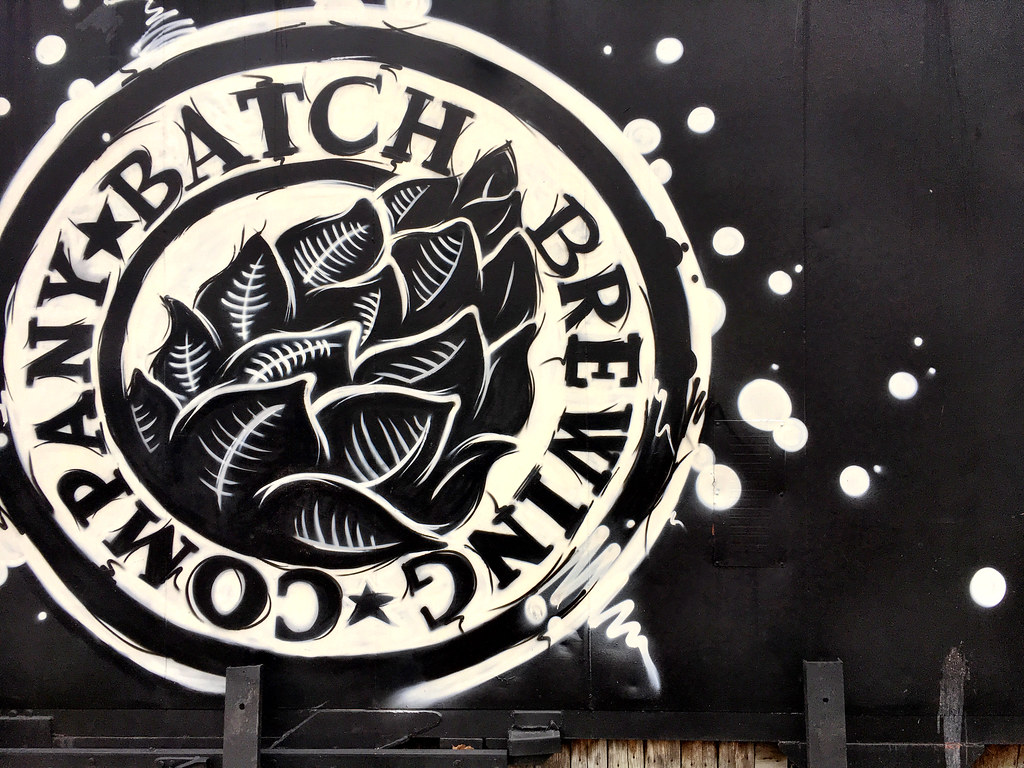 Just as new restaurants are popping up everywhere, a new wave of craft brewers is starting to take root in Detroit. One of the most popular is Batch Brewing Company, located in Corktown and in a building that at one time was a speakeasy. Technically a Nano Brewery, the company’s founders and master brewers are all fiercely creative, which in turn has led to an eclectic variety of freshly made beers that are constantly changing. Their menu is just as creative, making this a fun place to enjoy some nibbles along with that incredible beer. What impressed me the most about Batch though is something they fall the Feelgood Tap. The Tap is a charitable initiative where Batch, along with other beer bars and restaurants, increase the price of one of their beers by $1, donating the extra money to charity. Customers make the decision to give or not through their beer selections and the results across the state and region have been amazing. I love it when companies find new ways to give back to their communities, and this is certainly one of the most creative I’ve ever seen.

I know I’ve only scratched the surface of the Detroit food scene, but what I did try (I think) is at the heart of the city’s traditional food culture. No matter how much time you spend in Detroit, these classic, homegrown favorites should be on your must-eat list.