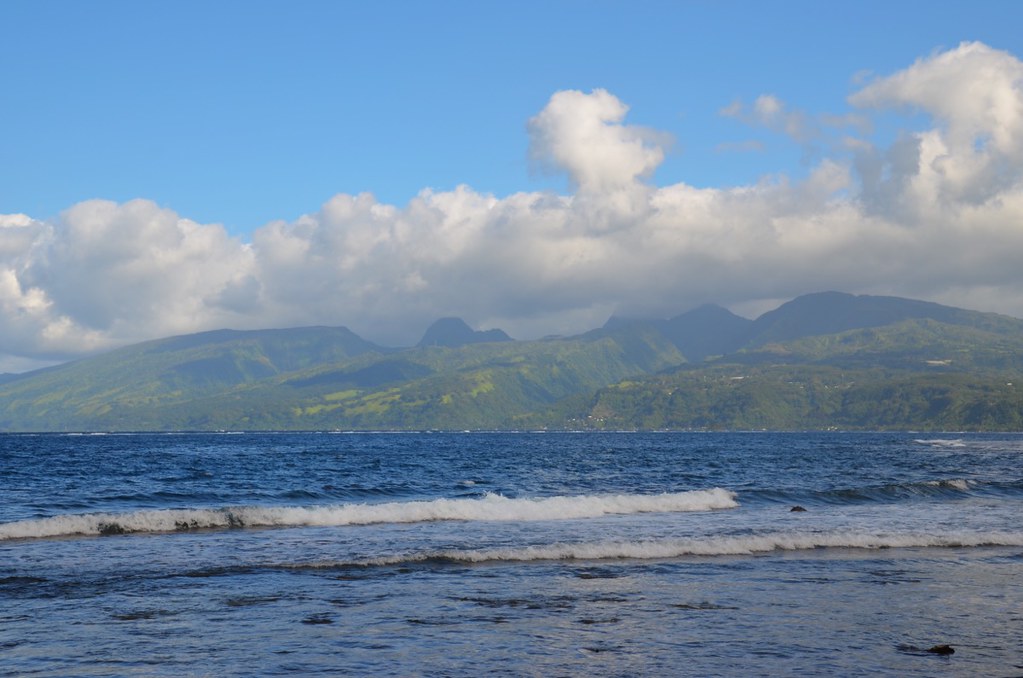 The only preparation I had for first visiting the capital city of French Polynesia was the Crosby, Stills & Nash song “Southern Cross.” You probably know the line, “She was makin’ for the trades on the outside, and the downhill run to Papeete.” The entire song is about sailing around French Polynesia and is actually one of the many influences that fueled my own desire to visit the South Pacific. But an early ‘80s yacht rock song admittedly wasn’t the best travel preparation and walking out of the airport for the first time, I honestly had no idea what to expect.

Words matter and in French Polynesia that’s certainly the case. When many Americans refer to the 118 islands of French Polynesia, we usually just say Tahiti, which is totally and absolutely incorrect. Tahiti is just one of these islands although, thanks to Papeete, it’s the best known. This is a little convoluted, so bear with me a moment. Papeete is the capital of French Polynesia, an overseas collectivity of France. Papeete is the administrative capital of the Windward Islands, the eastern group of the Society Islands, which are in French Polynesia. Clear as mud, right? What is important to know though is that Papeete is the center of public and private government in this part of the world, as well as the center of commercial, industrial and financial services. French Polynesia in essence revolves around Papeete. It’s where you’ll find the most modern medical services, advanced education (talking high school and beyond) and everything else you would expect in a capital city. The Papeete metro region (sounds ridiculous to say that) has around 150,000 residents who live both in the city proper and nearby. But Papeete isn’t your normal city, which you’ll see for yourself when you visit French Polynesia.

Papeete is a curious mix of local influences like the famous downtown market, but is mostly centered on tourism and the thousands of people who either visit Tahiti or pass through every year. If you’re going anywhere in French Polynesia either by plane or boat, you will spend at least a little time in Papeete. Before leaving on my French Polynesia cruise, I had the chance to briefly see the city and I wasn’t exactly bowled over. It seemed ok, but I didn’t see a lot that would occupy my interest for a day. That’s why when I had a full day on the island before flying home I decided not to tour Papeete, but to explore the rest of the island of Tahiti itself, something not nearly enough visitors do. 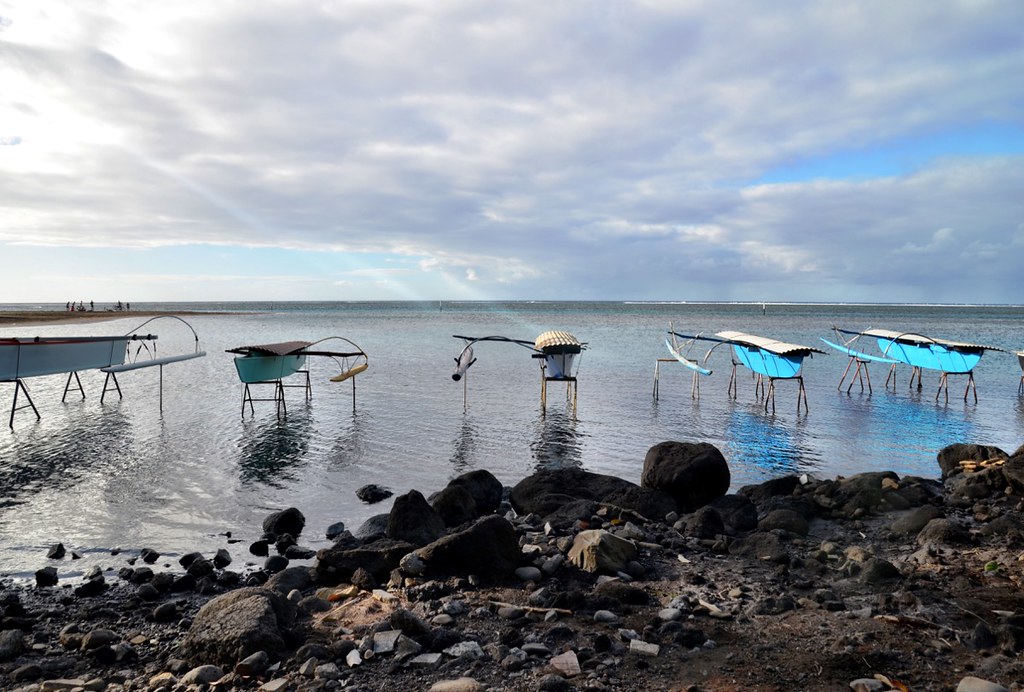 Unless you rent a car, there’s essentially only one tour option around Tahiti, offered by a variety of companies. The circle tour starts out in Papeete and then spends around 5 hours circumnavigating the entire island, with a variety of stop-off points along the way. My Windstar Cruises ship docked early in the morning and all passengers had to be off the ship straight away. My flight though wasn’t until midnight, which meant I had a lot of time to kill. Luckily I had a day room at a nearby resort, but I knew I didn’t just want to spend the day lounging by the pool. I wanted to use that precious time to see Tahiti, a place too many tourists transit through without ever actually stopping to explore. Fortunately, Windstar offers a post-cruise excursion to do just that and I couldn’t wait to spend part of my day experiencing the island beyond Papeete. 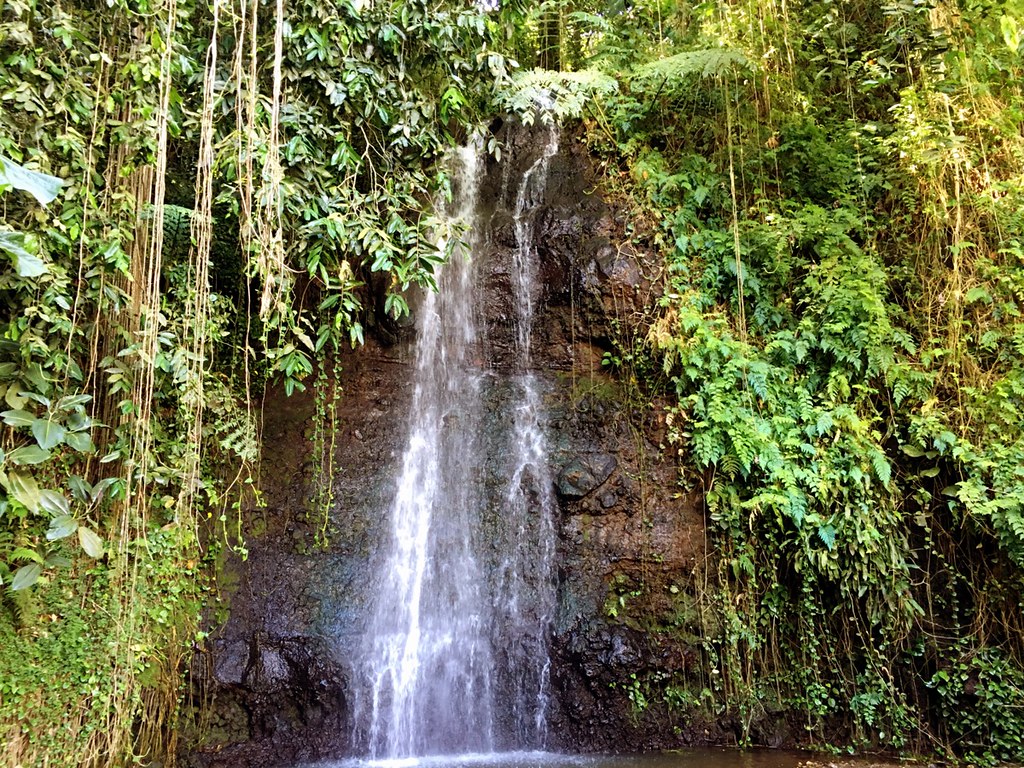 The tour is a well-oiled machine, which means that the guides could probably do it in their sleep. While the drive around Tahiti felt a bit rote at times, it really was a fantastic way to get out of the resort and to see what Tahiti is really like. There’s a lot of driving on the tour, but the well-timed stops make the afternoon fly by. As you would expect, Tahiti is a lush tropical island, and with that comes a variety of waterfalls and beautiful gardens. These were actually the focus of the tour, a beautiful way to see the inland natural side of the island. The Maraa Fern Grotto is a short walk from the main road along a trail bordered by lush plant life, including a bamboo forest. The spot is home to the largest underwater cave in Tahiti and the combination of the grotto, incredible hanging ferns and cooler temperatures made me immediately understand why ancient Polynesians considered this to be a mystical and sacred space. 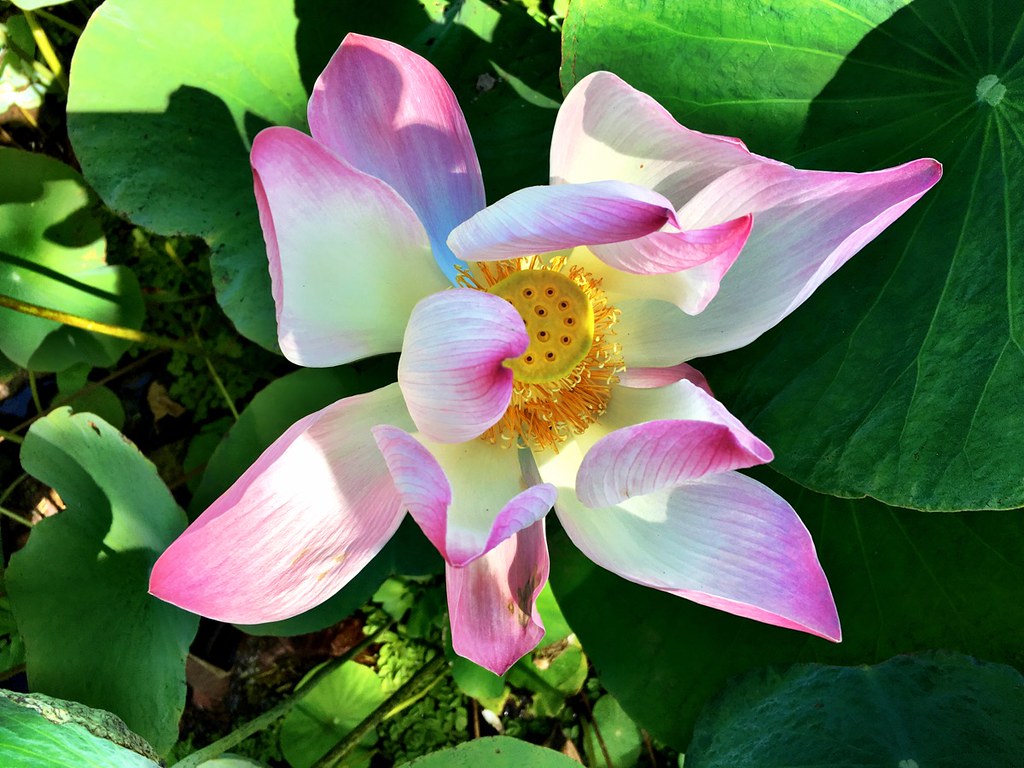 French Polynesia is a pretty laid back place, which can have its drawbacks. Internal organization isn’t great and many tourist sites, like the Paul Gauguin Museum, have been long abandoned due to this inherent trait of island life. Maybe that’s why I was so surprised when we arrived at the well maintained, and much more interesting than I imagined, Vaipahi Gardens. A lush paradise on an island full of them, the gardens are spread out over more than 2.5 acres and include archeological relics as well as more than 75 species of plants from around the world. There are several hiking paths if you have some time, but even if you don’t the star attraction of the gardens is easy to find – the beautiful Vaipahi waterfalls. It’s easy to get used to beautiful sights like this one when you visit French Polynesia, but be sure to take some time here to really appreciate the gardens themselves. Bonus tip, across the street from the gardens is a public beach and picnic area with some stunning views of the coastline. 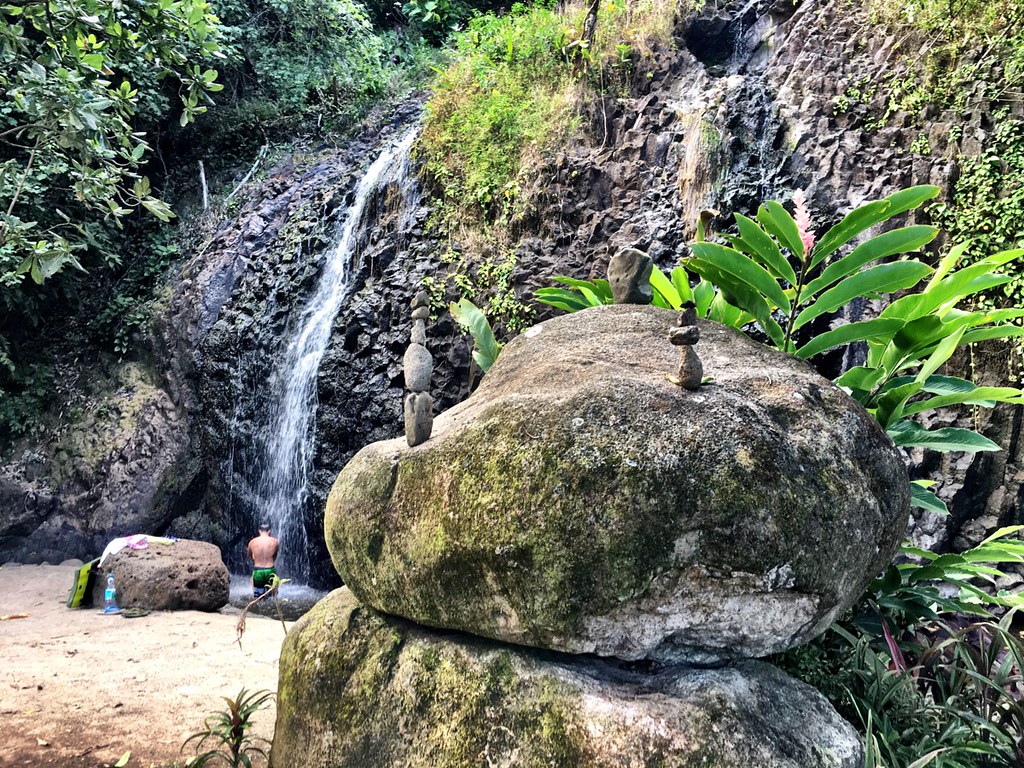 A final waterfall worth mentioning is a small one, but a spot that feels like you’re being let in on a special secret. Vaihi Faaone waterfalls are located near the main road, and when I arrived there were only a few other people there enjoying the day. The waterfalls empty into a small pool, a popular spot to splash around and cool off. The surrounding valley is as lush and verdant as you could imagine, the small communities doting the mountains offer a rare glimpse into what daily life is really like on Tahiti.

The star stop on the circle tour though is Venus Point. While modern day opinions are mixed, I personally am a huge admirer of Captain James Cook. He famously became the first European to document the existence of both Australia and New Zealand and his travels throughout French Polynesia weren’t just remarkable from a historical perspective, but his adventures still fuel wanderlust for millions around the world today. He was a man on a mission though; he was in Tahiti in order to observe the century’s second transit of Venus so that academics could accurately measure the distance of the sun from the Earth. In order to achieve this scientific feat, Cook established a fort here at Venus Point where he did in fact record the transit, although not entirely correctly. 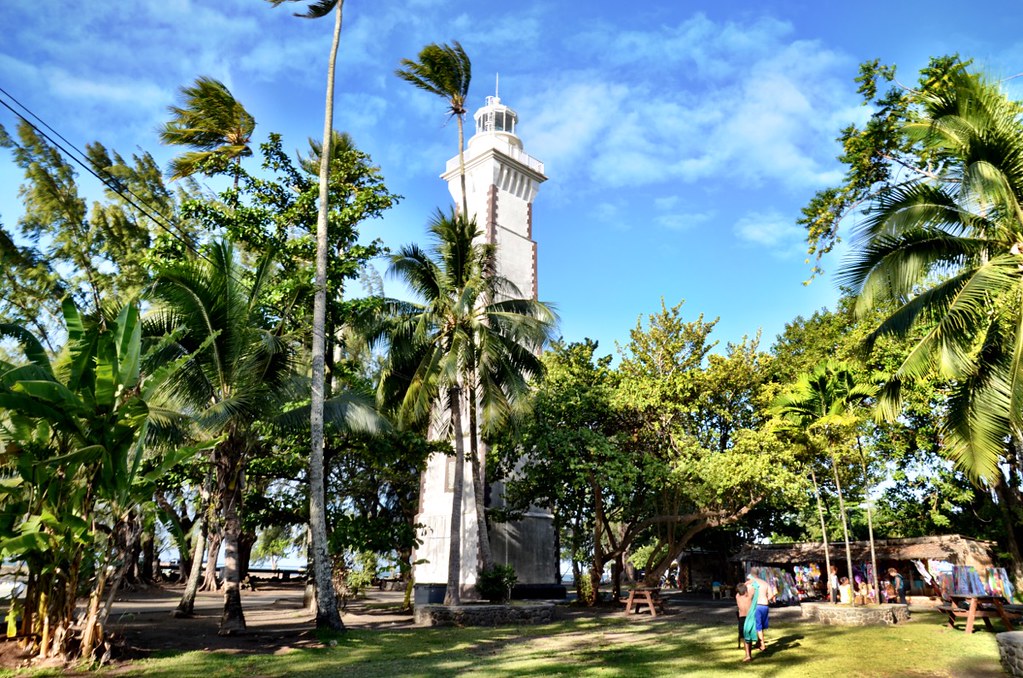 Today the beach and surrounding area is a picturesque spot on Tahiti’s north coast, popular for locals and tourists alike to relax and spend some time sunbathing. Rare in this part of the world, a Victorian-era lighthouse stands a little out of place and there’s also a memorial nearby to honor the crew of the Bounty, who also landed at Venus Point. Regardless of its historical importance, there’s no denying the beauty of this famous Tahitian beach. 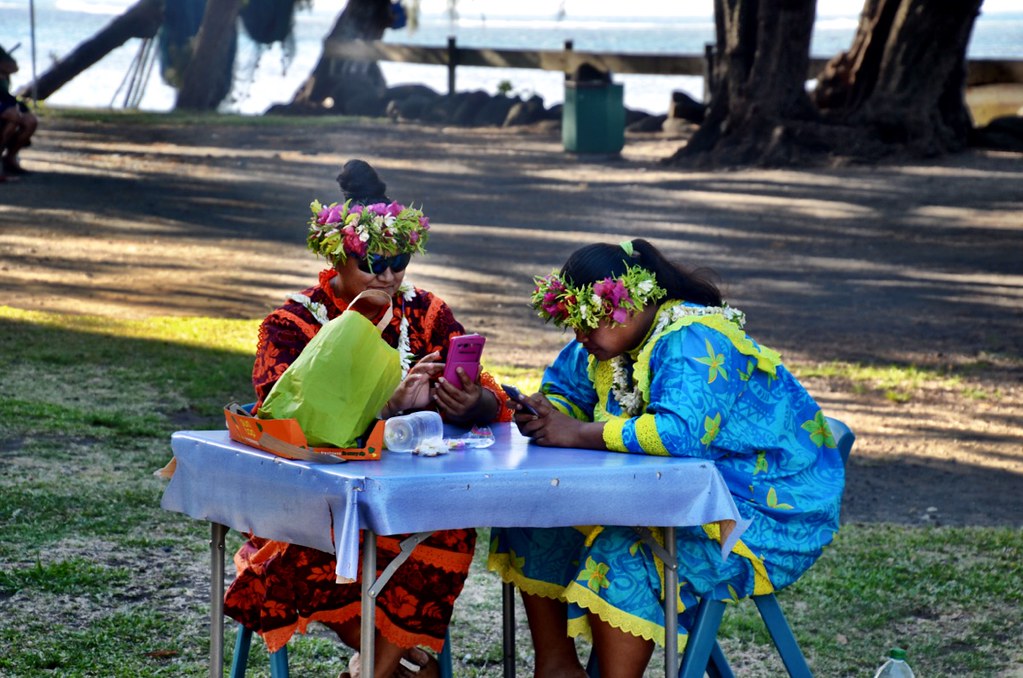 While all of the stops were great, the real benefit to taking this tour is to see the island itself. When people visit French Polynesia, they usually go in order to fulfill long held travel daydreams. Whether it’s a cruise or spending a week in those famous overwater bungalows, tourists visit in order to spend some time in paradise. There are real people behind that paradise though; people who call these islands home and on Tahiti, the largest and most populated of the Society Islands, you can finally learn more about what it’s like to live in paradise. Turns out it’s not always paradise for locals, who have to deal with any number of issues from earning incredibly low wages, a lack of quality education and even barriers to modern healthcare. I saw all of this and more during those 5 hours of circumnavigating Tahiti, modest shacks home to multiple generations of families, and folks selling freshly caught fish by the roadside to make a few extra bucks. Whether you travel to Tahiti or India or Thailand, it’s important not only to learn about what real life is like in these places, but to also take actions to ensure you’re a responsible tourist. This means patronizing establishments that are locally owned and doing what you can to guarantee that your tourist dollars stay in local communities instead of being sent overseas. I didn’t just observe poverty though, I also had the chance to see the true spirit of the Polynesian people. They’re happy. They “get” life in a way that few others around the world are able to. This isn’t just lip service, it’s really true. During my cruise I had the opportunity to chat with someone who has called French Polynesia home for all of his long life and so I asked him about this phenomenon of strangely happy and content people. His response is something I’ll never forget. He told me that “Yesterday is over and tomorrow is unknown. Now is the only thing that matters and that’s why we’re so happy, because we understand that.” I could not have put it better myself.