For a long time I hid my fondness of science fiction. It wasn’t “cool” and while I never even approached minor levels of coolness in high school, I at least wanted to give myself the chance. And so I hid it, I put it on the backburner. But that love of robots and aliens never went away, and so in my late 20s I went through a science fiction renaissance. I reengaged with old books and shows I loved while also discovering new ones. At 40 years of age, that love of science fiction is still there thankfully, especially when it comes to Star Trek. I have always, always, been a Star Trek fan and even attended a small convention in Cape Girardeau, Missouri when I was 12. Star Trek encapsulates everything that is great about the genre: excitement, optimism, hope and it’s also just a lot of fun. I recently had the Star Trek experience of my life though in New York at the Intrepid Sea, Air & Space Museum. Through the end of October they have a special Starfleet Academy Experience and as soon as I learned that I’d be close by, I made plans to visit. Not only was the experience one of the most fun afternoons I’ve ever spent, but it made me think about the importance of Star Trek in general. There was a reason why so many people paid a little extra to visit this special exhibit, there was a genie in the bottle they were hoping to capture. Since I’m prone to far too much introspection, I thought I’d share a few universal truths that Star Trek has taught me not just about travel, but life in general. Live long and prosper.

I realize that by the time this is published, this special exhibit at the Intrepid will soon be closed, but I just had to share how very well done the experience is and who knows, maybe they’ll bring it back. I already knew that the Intrepid Sea, Air & Space Museum was world class, and it is. An entire day could be spent roaming the battle deck, marveling at the planes and even seeing a space shuttle up close and personal. The Starfleet Academy experience expands on all of these themes, and takes us into the next generation of exploration. This immersive experience takes guests on a quick introduction into the Academy. After orientation, there are dozens of interactive activities to teach everything from the Klingon language to piloting a starship to even taking the daunting Kobayashi Maru test. It’s more fun than I ever imagined and the level of technology used in the experience is truly incredible. Even better? At the end of the Academy is a full replica bridge from Star Trek: The Next Generation and sitting in Picard’s chair may have been one of the happiest moments of my life. At the end of the experience, everyone gets the results of their tests and learns where in Starfleet they’d be assigned: Command, Engineering, etc. The Intrepid Museum and this special Starfleet Academy are incredible experiences, and I cannot recommend them strongly enough. But on to the lessons I took away from Star Trek.

From its earliest days, Star Trek has always been an optimistic show and then series of movies. Sure, bad things happened. A lot of them in fact and I don’t know how many times Earth nearly got destroyed, but throughout it all the cast and crew of the Enterprise kept their cool. They remained optimistic that things would eventually work out and you know what, they did. Attitude and one’s worldview is everything, from our daily lives to when we travel. It’s just a fact that one’s mental outlook is an essential component to success, or its obverse. Look around at your friends. Do the people who complain and whine always seem to have bad things happen to them? What about those happy and more optimistic people, everything seems to go their way, doesn’t it? This isn’t a coincidence and indeed one’s attitude becomes a self-fulfilling prophecy when it comes to success. If you never expect anything good to happen, it never will. 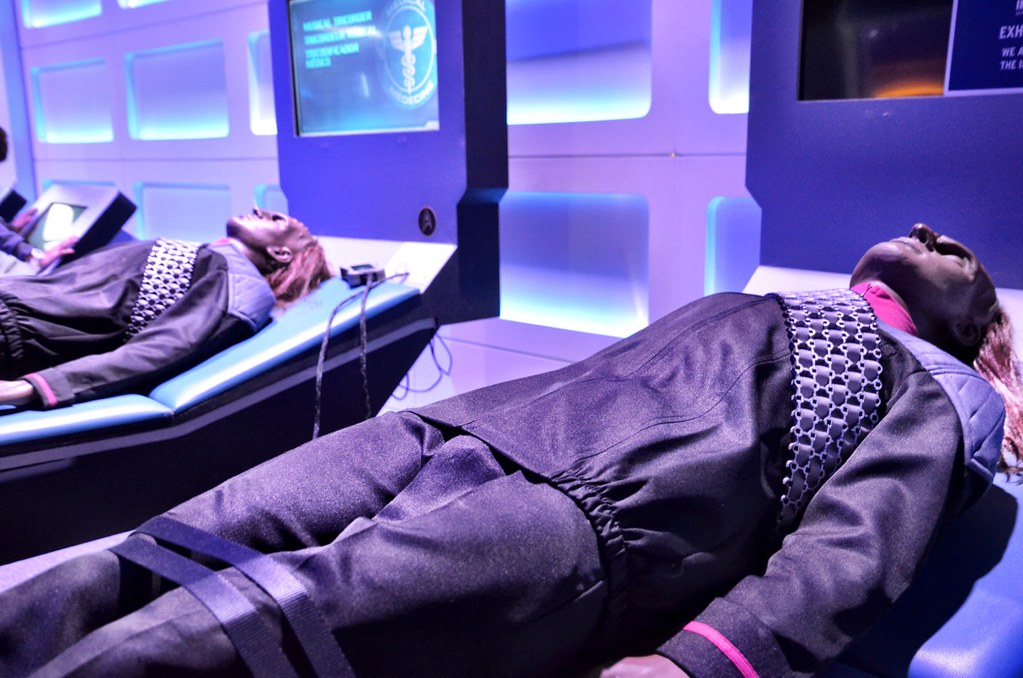 Our differences are our strengths

Star Trek was a trailblazer when it came to showcasing diversity and its importance. First hitting the airwaves in 1966 and lasting originally for just 3 short seasons, it grew up in a very tense time. Rather than ignore racial conflict, war and angst, it addressed these issues head-on, albeit in a slightly different way. Facing the wrath of censors, metaphor was a key component in Star Trek, so when Kirk unfailingly kissed that purple alien, it was about more than just kissing a purple alien. It was about embracing everyone, regardless of color and origin. Actually, Star Trek went beyond metaphor on at least one occasion when in 1968, an episode featured a kiss between James T. Kirk (William Shatner) and Lt. Uhura (Nichelle Nichols) which is usually described as the first scripted interracial kiss on American television. That was a big deal in 1968 and while it was a risky proposition, it just speaks to the importance Star Trek has always placed on diversity. Our differences truly are our strengths, which is one of the most important lessons I’ve learned from the travel experience. What traveling around my own country and the world has taught me is that all over the world, most people are good. Most people are kind. Most people want the best for their families and loved ones. There is much more that binds us rather than separates us, but even those differences become strengths as we get to know and understand new cultures. Practically no culture is monolithic; rather, they are made up of scores of influences. How we get to know and understand theses aspects is key when we travel and, ultimately, it’s these differences that make travel as fun and exciting as it is. 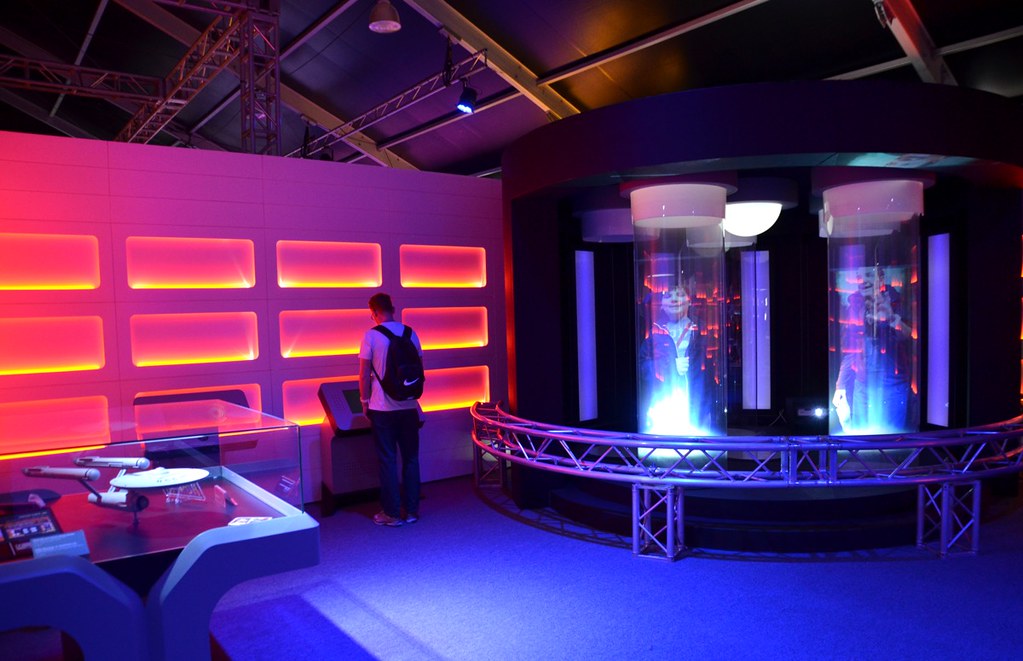 Whenever Captain Jean-Luc Picard sat in his chair on the bridge of the Enterprise and gave the signal to “Engage,” he seemed happy. Maybe it’s just me, but I doubt anyone would volunteer to spend years onboard a ship flitting around space if they didn’t find it fun and exciting. Star Trek is all about this spirit of exploration, the sheer and utter joy of seeing something new for the first time. It’s the same joy and thrill I get when I travel the world, whether it’s Philadelphia or rural China, all experiences offer me this same incredible rush. Travel can at times be complicated and we see and do things that at times can be a chore. But underneath it all runs a current of energy, a base and intangible element that makes it all worthwhile. Even though I join architectural tours or visit museums or spend a lot of money on fancy hotels, at the end of the day the travel experience should be one thing: fun. If it’s not, then you’re doing it wrong. 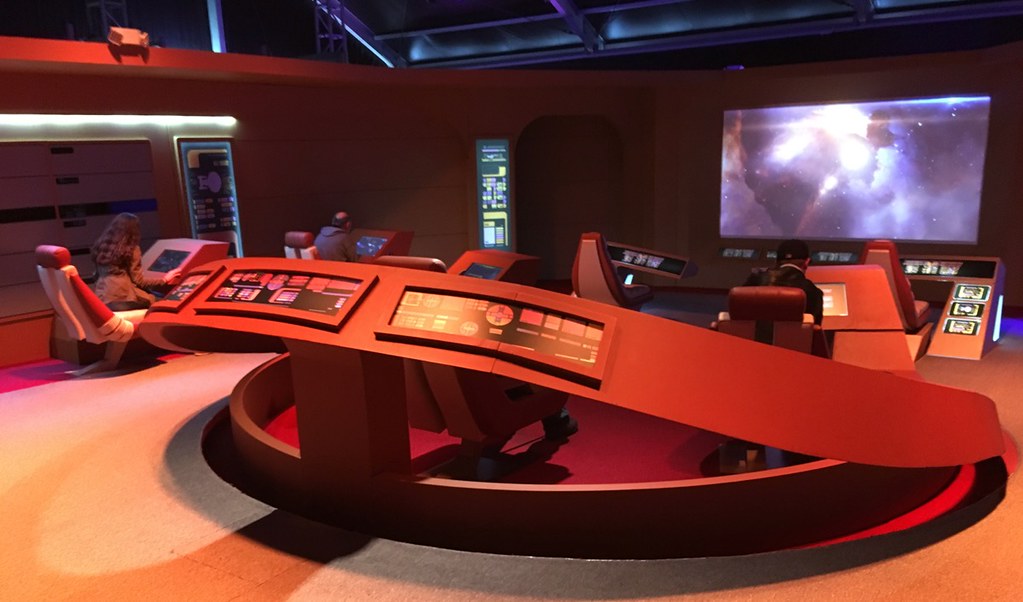 Ah, one of Star Trek’s most classic lines, uttered by Spock as he sat dying in Star Trek II: The Wrath of Khan. It’s actually a hotly contested quote in the Star Trek world, as I discovered while researching this post, because it doesn’t always make sense. In travel, it usually makes sense and in several different ways. Traveling with others, it’s important to have a group mentality, to operate as a collective to make sure that everyone enjoys the travel experience. But I also think we can add a much different meaning in relation to sustainable tourism. It doesn’t make sense for me to visit a new destination, to enjoy that experience if, in the process, I’m damaging what makes it so great in the first place. That’s the real aim of sustainable travel. Not just all that eco stuff, but cultural preservation and advancement. We want to leave things the same or better as before we visited, otherwise we’re just being selfish travelers. 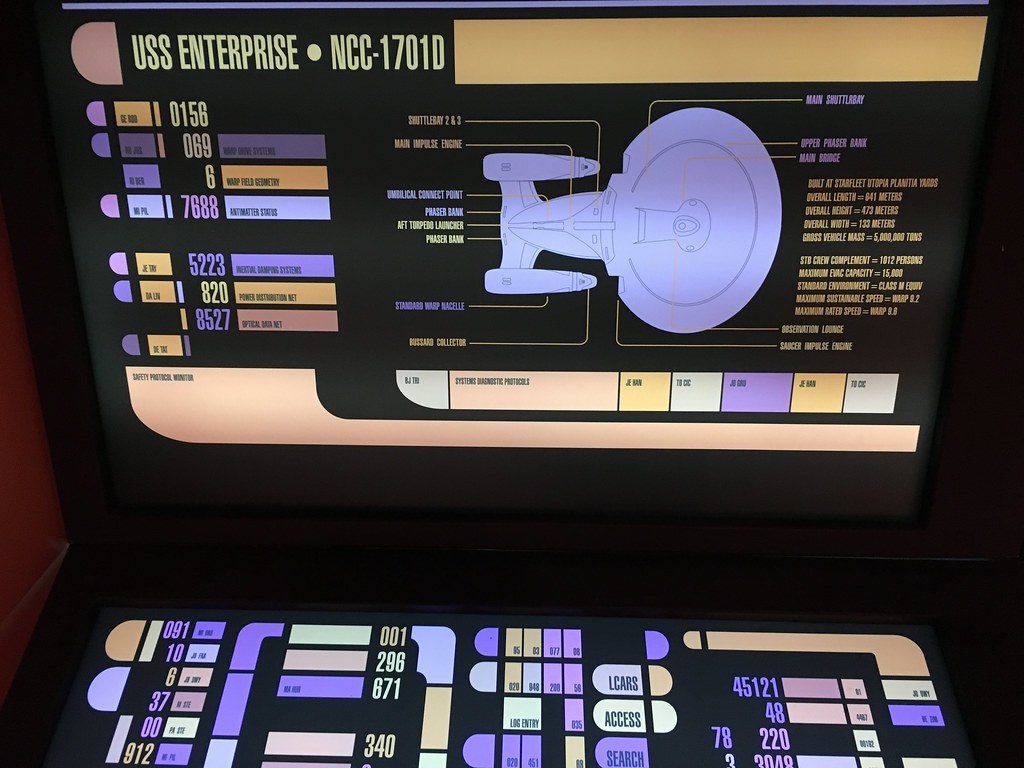 The greatest lesson I think that Star Trek has to share is at the heart of the experience – to just get out there and explore. It’s a mission statement that was uttered before every episode of Star Trek and Star Trek: The Next Generation, and with a good reason. That’s the soul of Star Trek, that unrelenting desire to take a chance and head out into the great unknown, because anything less is unthinkable. When asked for top travel tips I usually say that just going is the best thing anyone can do. Every year around 1 billion people cross a national border, that’s a lot of people on the move and while only some are on vacation, enough are getting out there and facing their travel fears that it is actually changing our culture. While we complain about it, the fact is that international travel has never been as accessible as it is today. Flying halfway around the world isn’t the chore it once was and we are seeing an entire generation of travelers exploring the world. Who knows what the implications of this will be when they return home, but whatever they are they will certainly be entirely positive. Travel is a lot of fun, yes, but it also makes us kinder, smarter and more tolerant people. We understand other cultures in ways that are impossible to learn in books, and these are the important experiences that don’t just change lives, they change the way we all view the world around us.

Science fiction is a reflection of the world as it is in the moment. If times are tense, then it tends to be more dystopian, but it can also be optimistic. When we’re at our worst, science fiction and Star Trek in particular has always reassured us that there is something better on the horizon. That we won’t blow ourselves up to bits, that mankind will survive and even prosper. I think ultimately that’s why Star Trek has meant so much to me. I’ve been through a lot, none of which I’ve talked about publicly, but it was important for me to have Star Trek as a fallback. To have a place where I could go and escape, even if for an hour, and let the world around me dissolve and a new one envelope me. It’s a rare and special magic this, and it’s a special feeling that I hope never goes away.