For years I had seen images of the eerie and rotting debris of the DC-3 on the black sand shores of Iceland. Photographers around the world have done a fantastic job of capturing it from every angle, at every time of day and in all seasons. In 1973, the US Navy plane crashed on the beach, an error was made in switching over fuel tanks resulting in the incident. Luckily no lives were lost, but the DC-3 was simply abandoned on the beach, left to rot in the harsh elements of Iceland’s south coast. On my last visit to Iceland, visiting and photographing this famous crash was high on my to-do list, but there was an unexpected problem. Just a few months before my trip, a group of rowdy visitors went for a joy ride on the land abutting the plane crash. The DC-3 rests on private property, but for years the owner had allowed free access to visitors who wanted a glimpse of the plane crash wreckage. This was the last straw though, and after the late-night rowdy behavior by one group of visitors, the owner decided to restrict access to the site. Instead of driving up to the plane crash itself, visitors must now park next to the Ring Road and then walk the 4 kilometers to the old DC-3. The walk is long, annoyingly boring and questionably worthwhile, but here’s how to visit the plane crash in Iceland if you’re interested and what you’ll find once you get there. 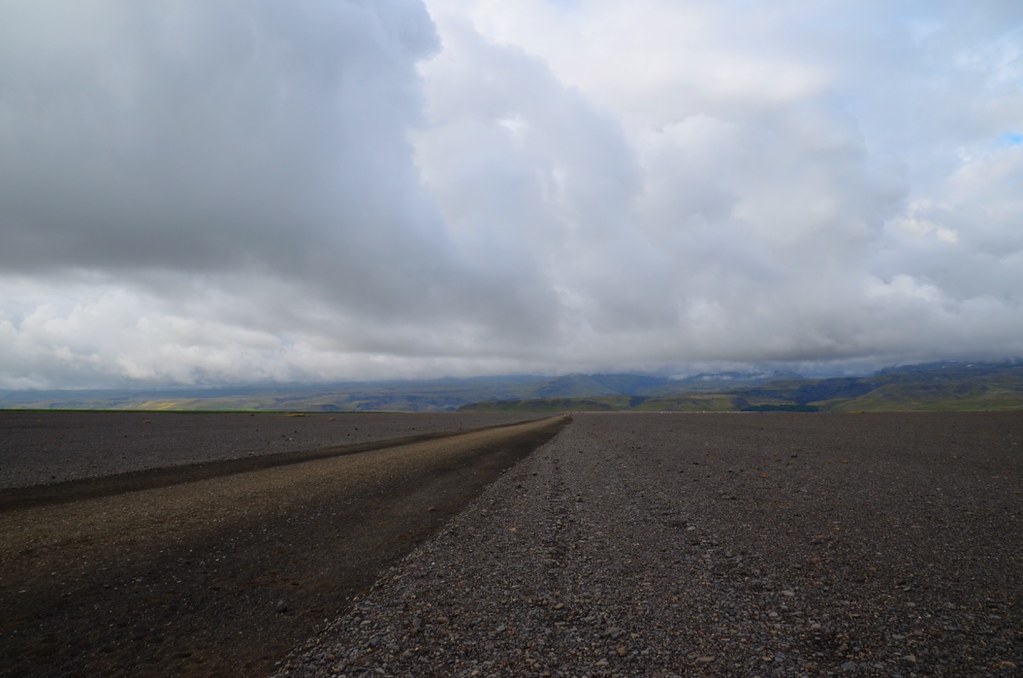 How to get to the plane crash

The South Coast of Iceland is home to any number of star attractions, so planning a visit to the plane crash wreckage is easy to integrate into your overall itinerary. The trick now that access is restricted is allowing yourself enough time to walk to the plane and back, as well as spending enough time at the site itself. I practically ran and the overall stop lasted nearly 2-hours.

The wreckage is located between Skogafoss waterfall and the southern outpost town of Vik. Heading east on Route 1, you will cross a small bridge with blinking lights. About two kilometers after the bridge, you’ll see a small gate and dirt road on your right. You’ll also see a number of cars parked next to it, indicating that you’ve reached the unofficial parking lot for the plane crash wreckage. 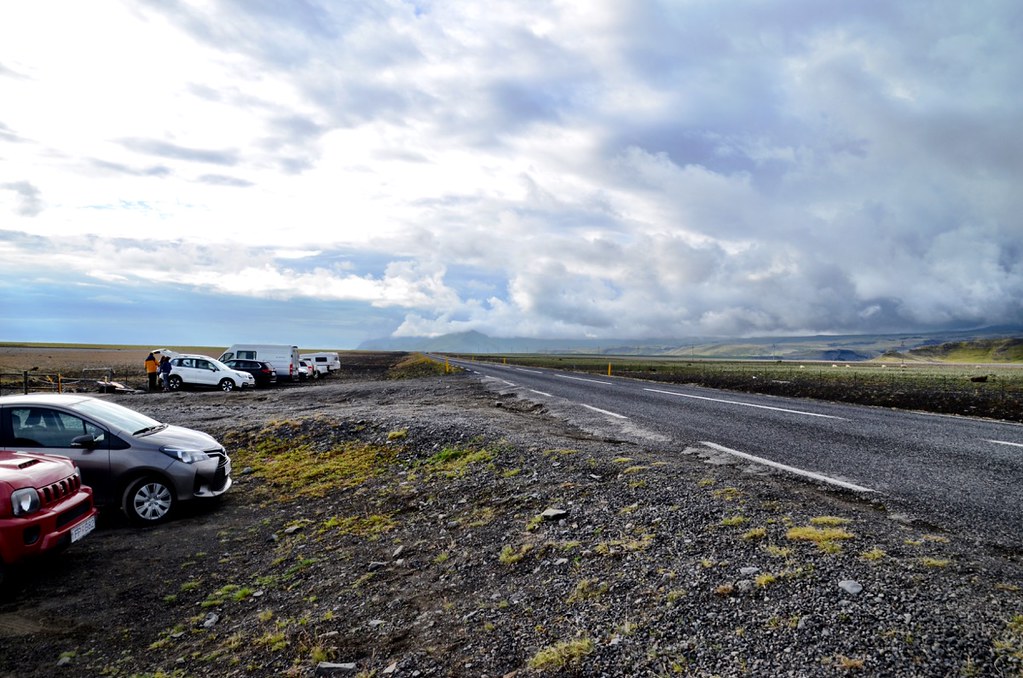 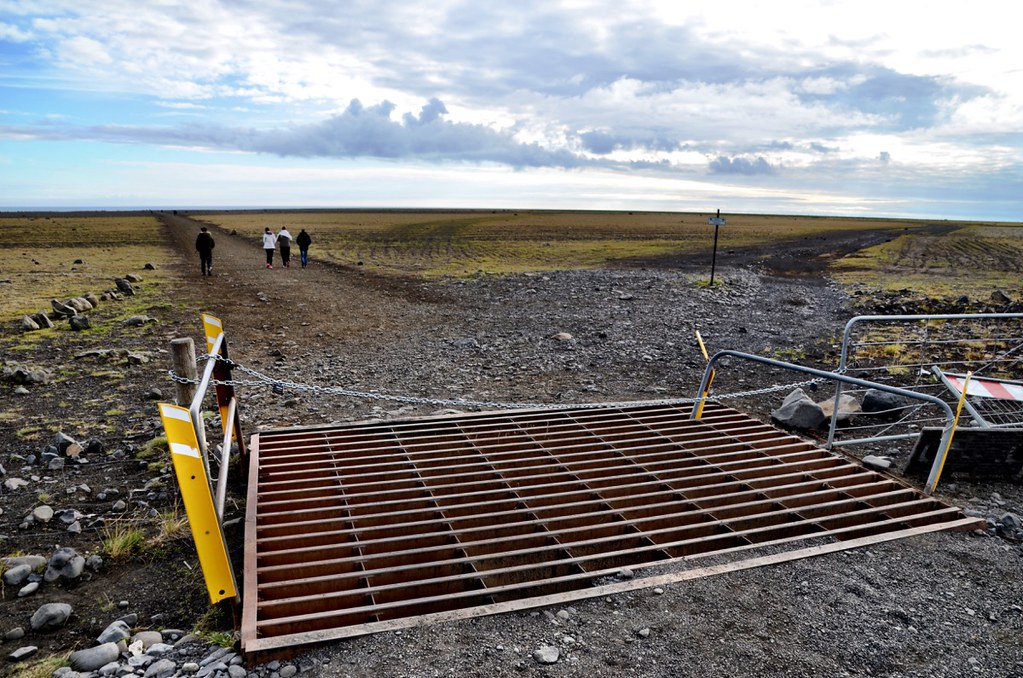 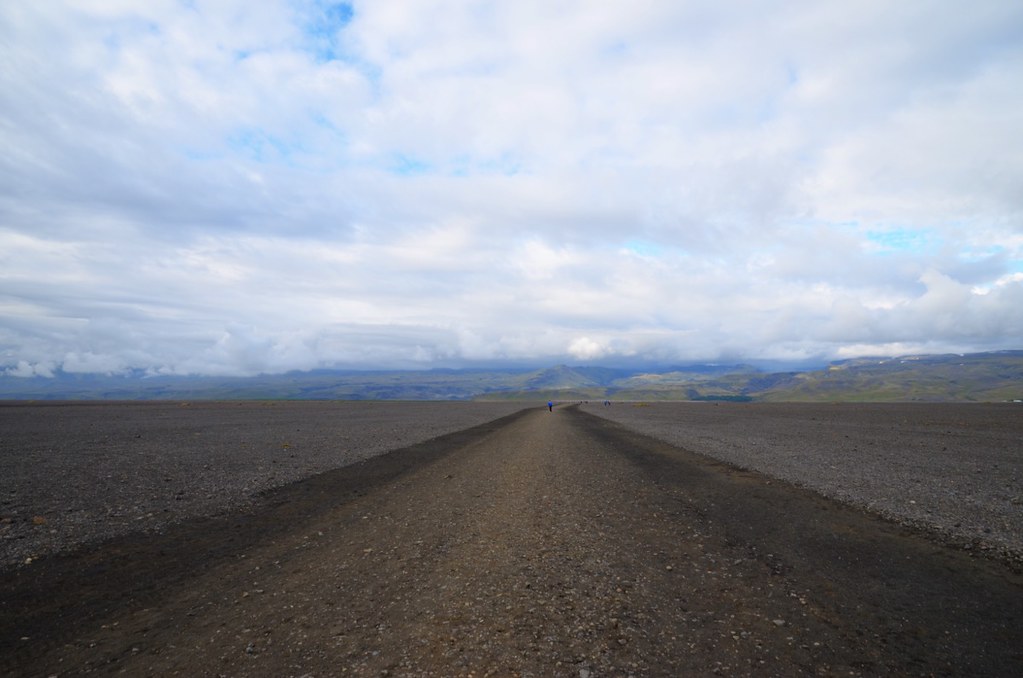 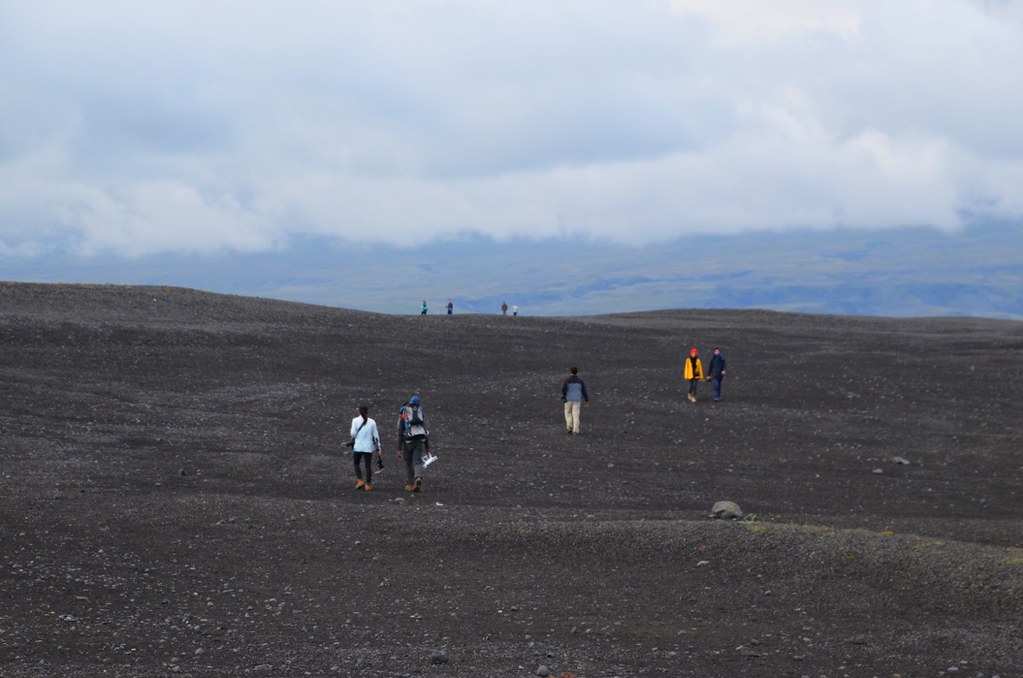 If you’re making the walk, be sure to take what you’ll need for a couple of hours out in the elements. This means water, maybe sunscreen, probably a light raincoat and anything else to help you make it through one of the most boring walks you’ll ever undertake. The 4-kilometer walk is across a flat, volcanic plain full of absolutely nothing at all. Not even a tree or small bush can be found to break up the monotony of the walk itself. After a while I found myself getting tunnel vision from the trek, which seemed to have no end.

Eventually though it does end, thank goodness. Depending on the time of day and year, there will most likely be others on the road you can follow. However, if you find yourself all alone, you will eventually come to a series of sand dunes near the beach and it’s to the left, behind one of those dunes where you’ll find the unusually famous plane wreckage.

Is it worth it?

Walking around the old DC-3, it was a fantastic opportunity to get up close and personal to an aircraft in a way that may be totally unique in the world. It’s a stark kind of beauty, one of rotting wires and rusted metal, twisted by the elements over the decades. Set against the eerie black sand beach and the moody skies, it is a fun and beautiful site to visit. I think though that it was more fun when you didn’t have to commit half a day to the experience and walk 8-kilometers just to spend a few minutes exploring the plane wreckage. Since the restrictions, visiting the DC-3 airplane wreckage in Iceland has become a commitment and I’m not sure it’s worth everyone’s time to visit. If you’re a keen aviation enthusiast or desperately want to capture those famous photos then yes, make the pilgrimage and enjoy the experience. But this is not a casual stop-off like most others in Iceland and if you’re wavering in making a decision, I would err on the side of not going. It’s just not worth the walk and time to see a 40-year old plane crash. If you could drive up, spend a few minutes and leave it would be a different story, but this is the new reality of the plane crash wreckage site since the owner restricted access. 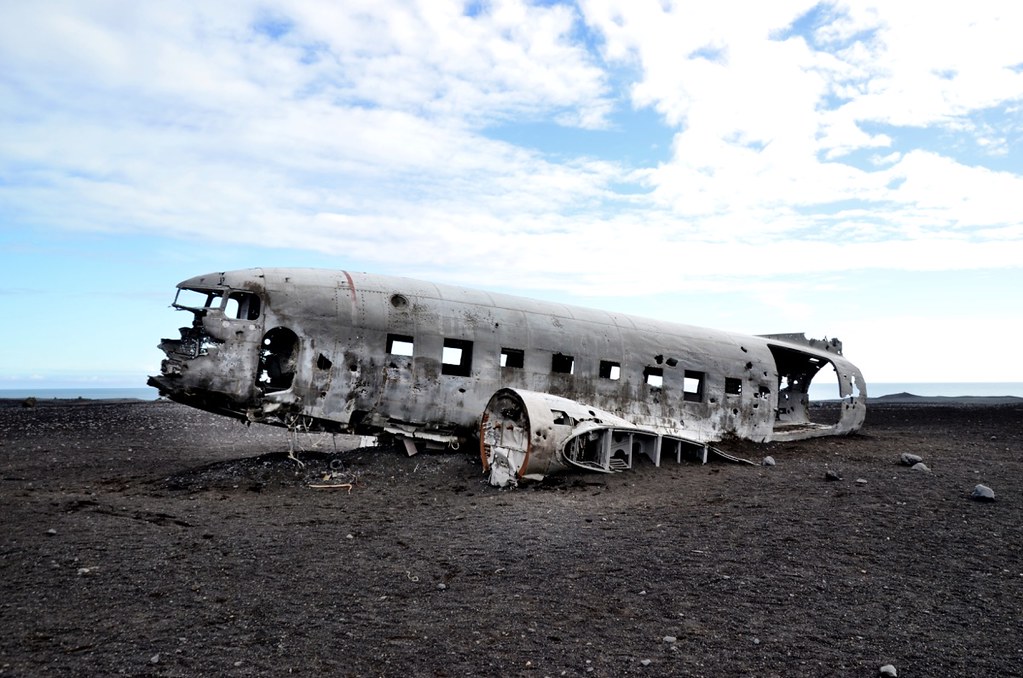 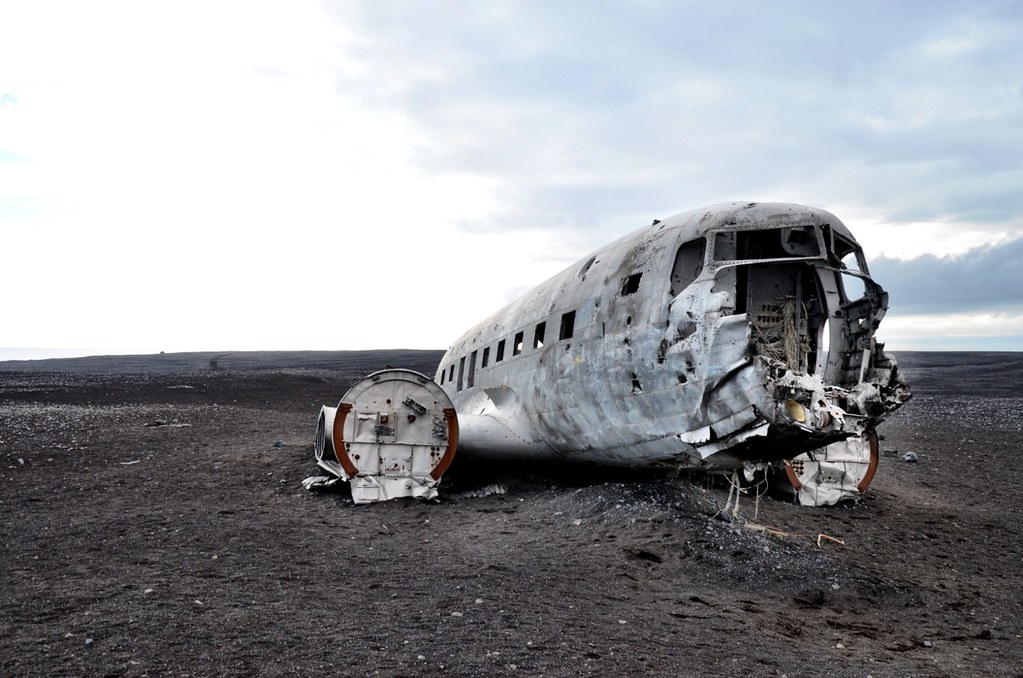 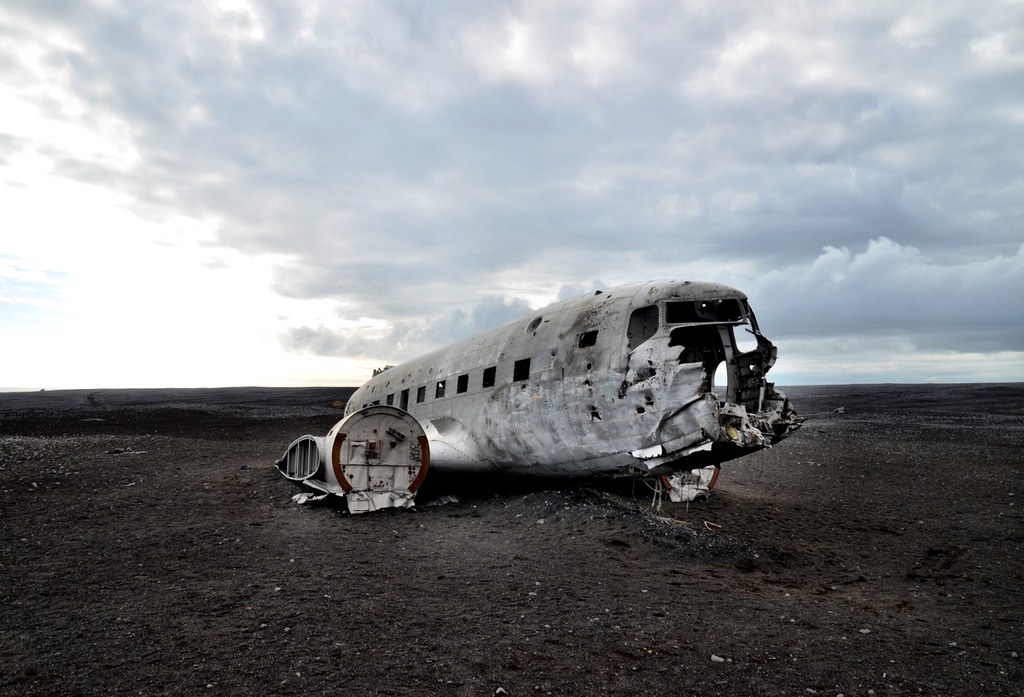 Iceland is full of natural wonders so numerous it’s impossible to enjoy them all on a single trip. That’s one reason why I don’t think it’s worth the time to visit the DC-3 plane crash wreckage unless, like me, it’s something you’ve always wanted to do. Regardless of your decision, Iceland is always guaranteed to wow and amaze no matter what sights you decide to visit.