Change is inevitable and that’s particularly true for luxury hotels in every corner of the world. They’re constantly going through change and renewal all in an attempt to retain loyal guests as well as encourage a new generation of travelers. Nowhere is that perhaps better seen than at The Ritz-Carlton, Cleveland which is undergoing it’s own rebirth in a city that’s mimicking this epic progress. But that’s not the only reason to be excited by this iconic hotel in the heart of downtown. Both The Ritz-Carlton, Cleveland and the city it calls home have a lot to excite any type of traveler. 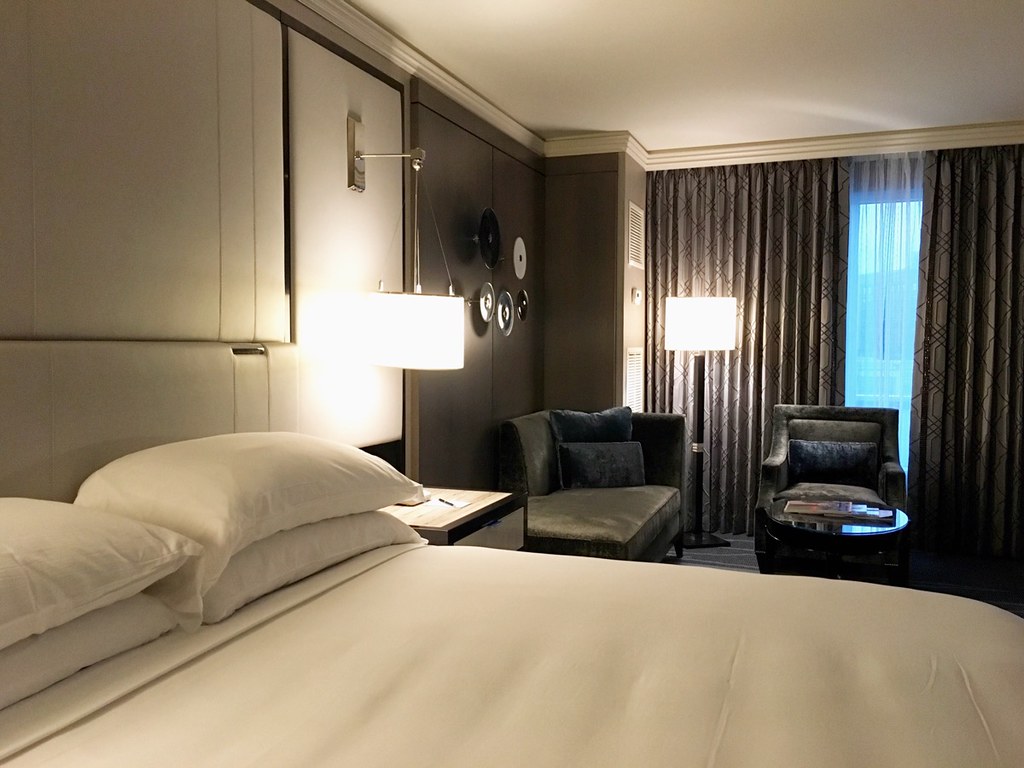 The hotel is in a state of flux though. Grand plans are underway to completely transform the entire property, from guest rooms to the lobby and of course their restaurants and bars. The plans are exciting and looking over the sketches on display in the Club Lounge, I was excited for the hotel. Excited to see what it will become in just 1 short year and I’m looking forward to returning and seeing the changes for myself.

I also wanted to explore the hotel as it is today. Personally, the star of my stay at any The Ritz-Carlton around the world is the Club Lounge and other benefits afforded to Club Level guests. This option is the best among luxury hotels and is an added benefit that always makes my experience more relaxing and productive. What I loved the most about the Club Lounge at The Ritz-Carlton, Cleveland was how expertly they brought in local food culture to the overall experience. Candy jars were brimming with locally made and much-loved treats and in the center of the room was an unusual foodie feature, a tribute to a Cleveland classic – the smokie. 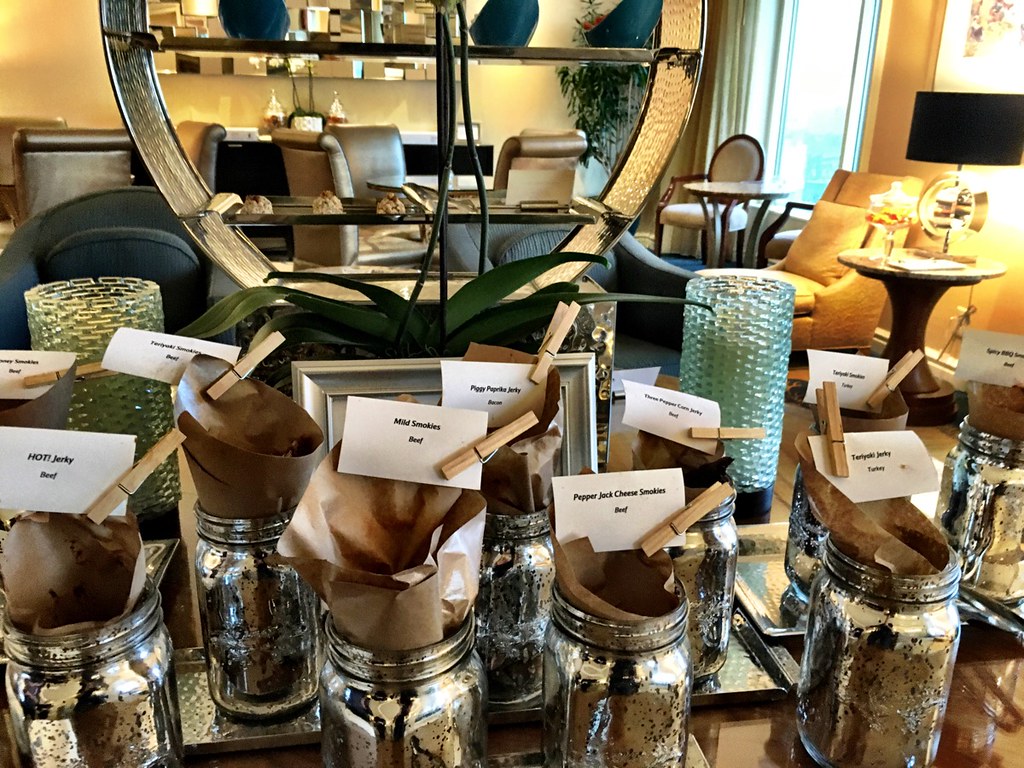 Cleveland is proud of its culinary heritage, of that there can be no doubt. Successive waves of immigration over the decades has deeply influenced what this traditionally working-class city calls comfort food, from smokies to perogi and traditional Italian classics. The Ritz-Carlton, Cleveland fully embraces this proud legacy and features menus that draw upon and add to the food culture that in so many ways defines the Cleveland experience. My first introduction to the food traditions was in the Club Level Lounge at the hotel, which in the afternoons features a presentation you won’t find anywhere else. Smokies, smoked Slim-Jim-like meat sticks, are hugely popular in Cleveland and The Ritz-Carlton, Cleveland pays special homage to them by offering an expansive Smokie bar featuring this cult classic in a wide array of flavors and styles. Chatting with another guest very familiar with the city, he said they were some of the best he’s ever had, and a great (and unexpected) added value to the overall experience. 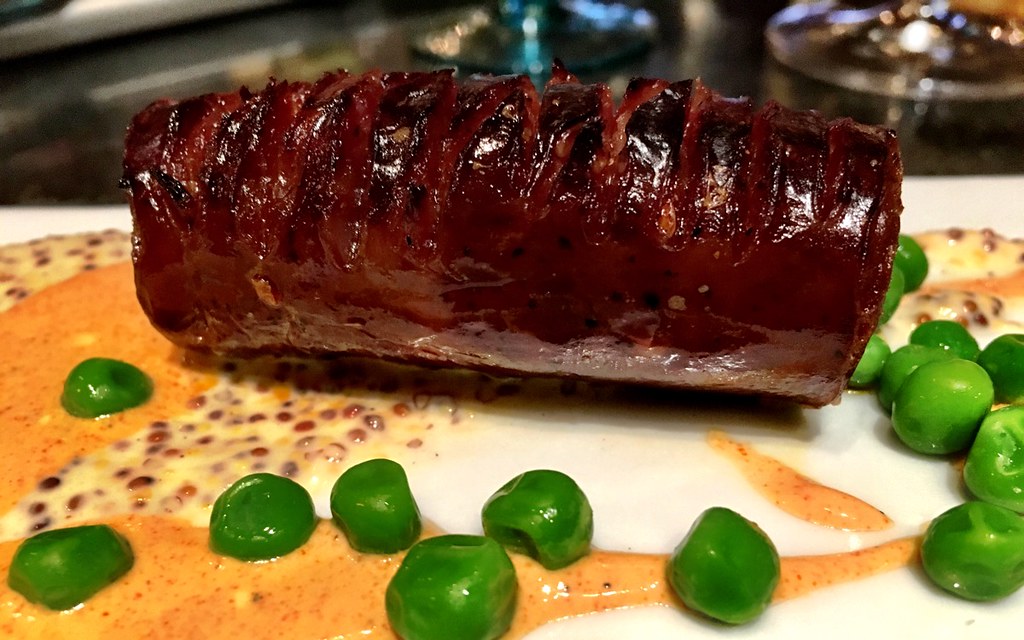 Food is actually an important aspect of staying with The Ritz-Carlton, Cleveland and my dinner enjoying some regional classics whipped up by Chef Arnoldi was an important foodie experience for me personally. Homemade sausages, locally sourced vegetables and cheeses and more created the best possible culinary introduction to the city that I could have hoped for. 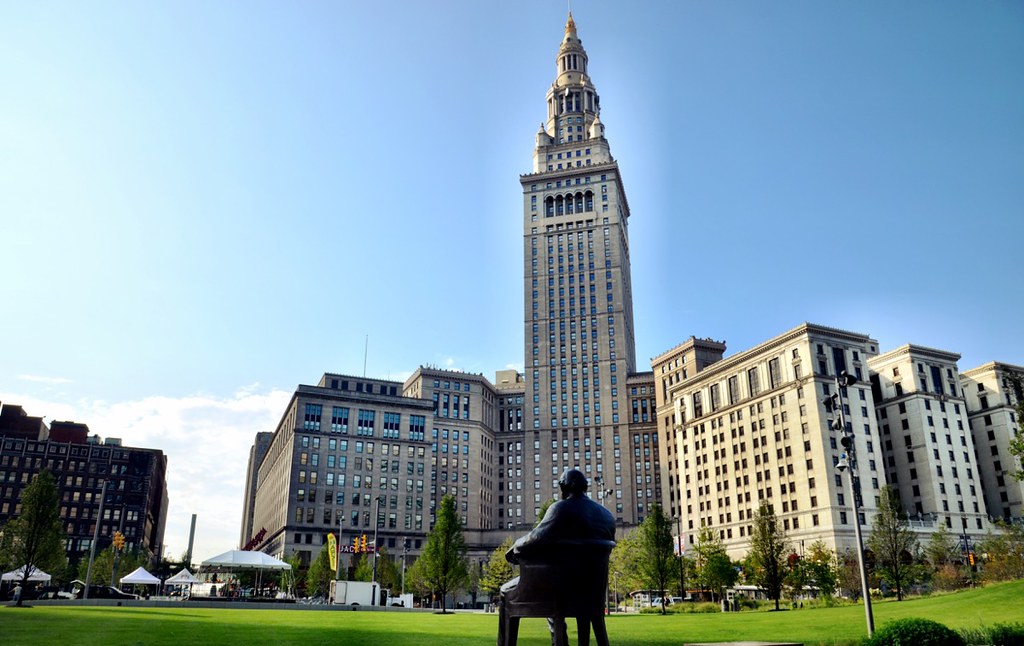 Located in the center of Cleveland’s downtown, immediately I appreciated the location of The Ritz-Carlton, Cleveland for the convenience in exploring the city. Throughout the downtown core new shops and restaurants are opening all the time and just a few blocks away is the newly revitalized Public Square. The oldest part of Cleveland, it’s home to some of the city’s most important buildings as well as some impressively tall towers. For years though it had been neglected, until a recently finished project that completely reimagined the downtown square. Now featuring green spaces and pedestrian zones, it’s the new heart of the city, reimagined for a new type of downtown resident. When I visited it was a beautiful sunny morning and the farmer’s market was in the process of setting up. Returning at lunchtime, the square was packed with folks out and about, picking up light bites and just enjoying the space for what it is. It’s a beautiful addition to the city and I can’t wait to see how it evolves over the coming years.

There are any number of things to see and do in Cleveland, but my number one goal as a tourist was the Rock and Roll Hall of Fame. Walking up to the massive facility, I couldn’t help but feel excited and I’m not entirely sure why. Like anyone else, I enjoy music, but I’m not obsessive about it and my own knowledge of groups and people can be somewhat limited. But I knew that this would be a world-class experience and right away I realized my hunch was right. Let’s be clear, an entire day could very easily be spent at the Rock and Roll Hall of Fame, perusing its many exhibits, touring special collections and listening to the music that has changed the world. It’s up to you how much time you spend at the Hall of Fame, but for me I wanted to see and do as much as possible, following the steady progression through its many levels. Built in 1995, the Hall of Fame is part of the larger Rock and Roll Hall of Fame Foundation, established in the 1980s to recognize and preserve the history of the best-known and most influential figures in the development of rock and roll through the decades. I love history, and the course of the exhibits at the Hall of Fame lead guests through the history of Rock and Roll, from its earliest antecedents to the modern era. It’s a fascinating look not only at the music that has shaped all of our lives, but the amazing impacts these simple songs have had on the world. Add in special items, costumes and memorabilia from some of the most famous musicians in the world, and the experience is as much fun as I had hoped it would be. 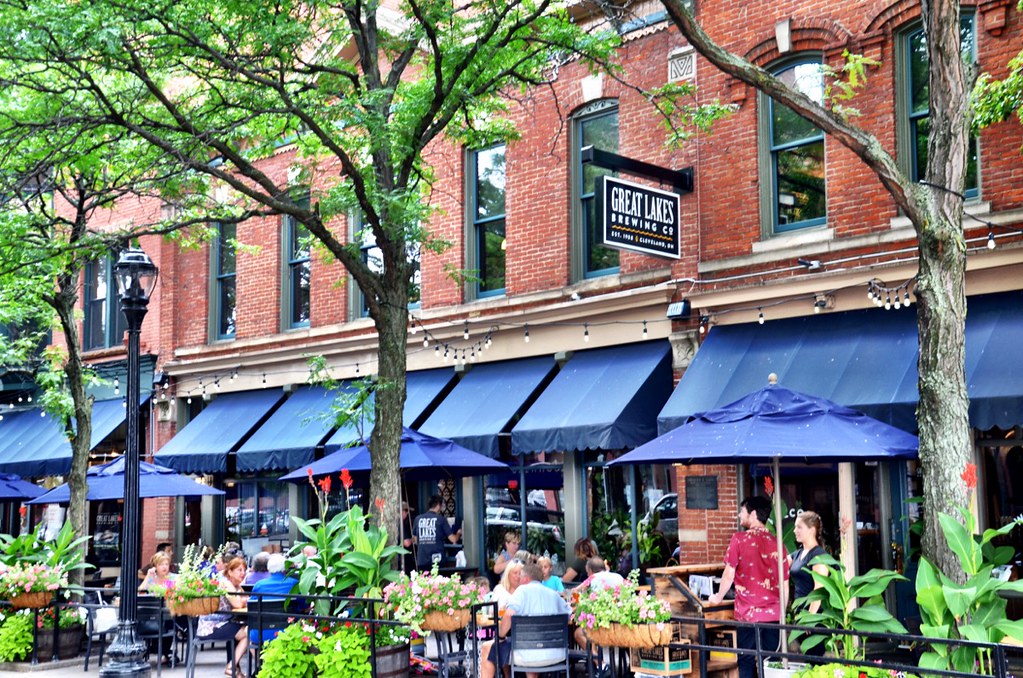 The next year or so is the perfect time to visit both The Ritz-Carlton, Cleveland and the city itself. All around Cleveland I found new and emerging neighborhoods, from the downtown to nearby suburbs, that are all undergoing incredible change – in the best ways possible. One of the best examples is the fun and quirky Ohio City neighborhood, long popular thanks to the incredible West Side Market, but today new restaurants, cafes, art studios and shops are popping up, adding new character to this old and established part of town. These changes are of course echoed in The Ritz-Carlton, Cleveland, which is going through its own form of rebirth, completely redesigning and rethinking what modern luxury looks and feels like in the 21st century. It’s an exciting time no doubt, and I personally can’t wait to see how both the city and the hotel continue to evolve over the coming years.