For years I was a loyal US Airways passenger, using them whenever possible and even in many cases when they weren’t at all convenient. It was part of my (successful) quest to achieve and then retain that most desired frequent flyer status, and I’m sure I’m not alone. That also means that many of you, like me, may have traveled through Charlotte’s airport dozens of times, but have never actually ever left it. Thinking back it still seems weird that I spent so much time eating a BBQ lunch in one of the airport’s many rocking chairs, but never saw the city that inspired them. That’s one reason why I was so excited to visit Charlotte in partnership with The Ritz-Carlton and to see what makes this great Southern city so much fun to experience when airport lounges and Auntie Anne’s pretzels aren’t involved 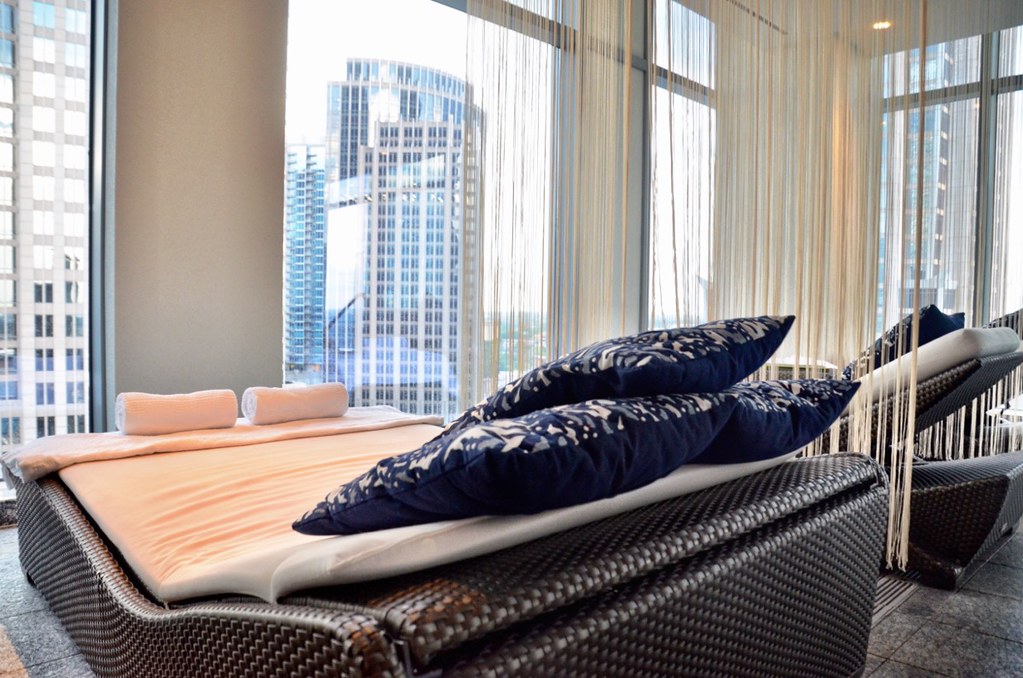 As a guest of the best luxury hotel in town, The Ritz-Carlton, Charlotte, I enjoyed a prime location from which to explore the best of Charlotte. Calling Uptpwn Charlotte home, it’s within easy walking distance to everything any visitor needs, whether it’s for business, pleasure or a mix of both. All of the big companies and banks are on the hotel’s doorstep, and most of the top tourist sites are easy to reach as well. But there’s a lot more to the hotel than first meets the eye, including its commitment to sustainability. Whether it’s the LEED Gold-certification or the rooftop gardens and beehives, this is as environmentally responsible a hotel as I’ve ever seen. But it’s also an incredibly luxurious one to call home for a few days, from the world-famous Punch Room cocktail lounge to the spacious and elegantly designed rooms, The Ritz-Carlton, Charlotte really does tick all the boxes. 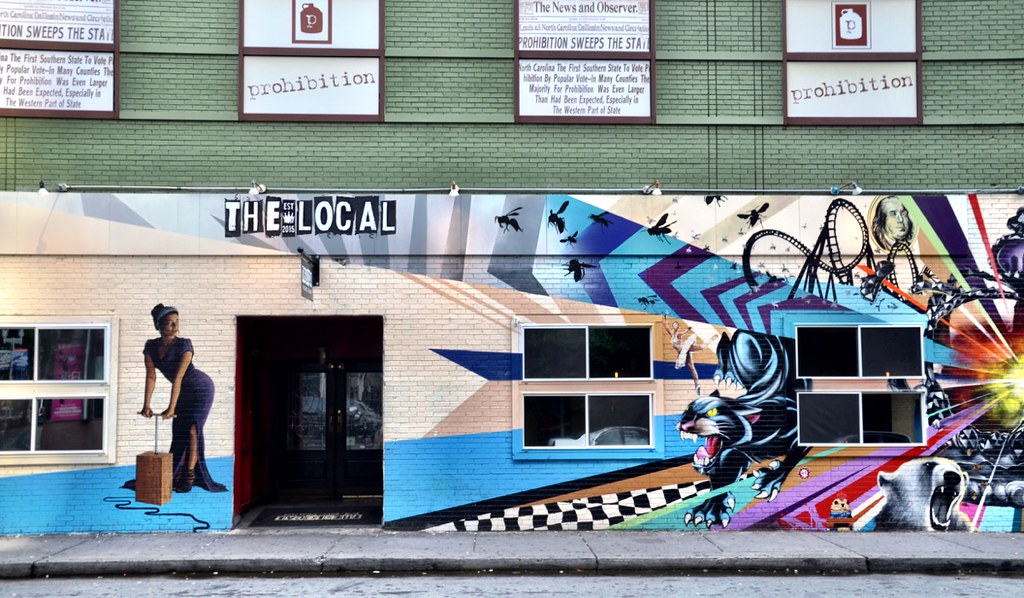 Called the Queen City thanks to its name in honor of Charlotte of Mecklenburg-Strelitz, who had become the Queen of Great Britain just seven years before the town’s incorporation, like many great cities it has ebbed and flowed over the years, and today it’s enjoying a resurgence of energy and activity. Long known as one of the world’s great financial centers, there’s no doubt that banks do dominate the city skyline, but as I learned while spending the day exploring the Uptown neighborhood, there’s a lot more to Charlotte than its banks. 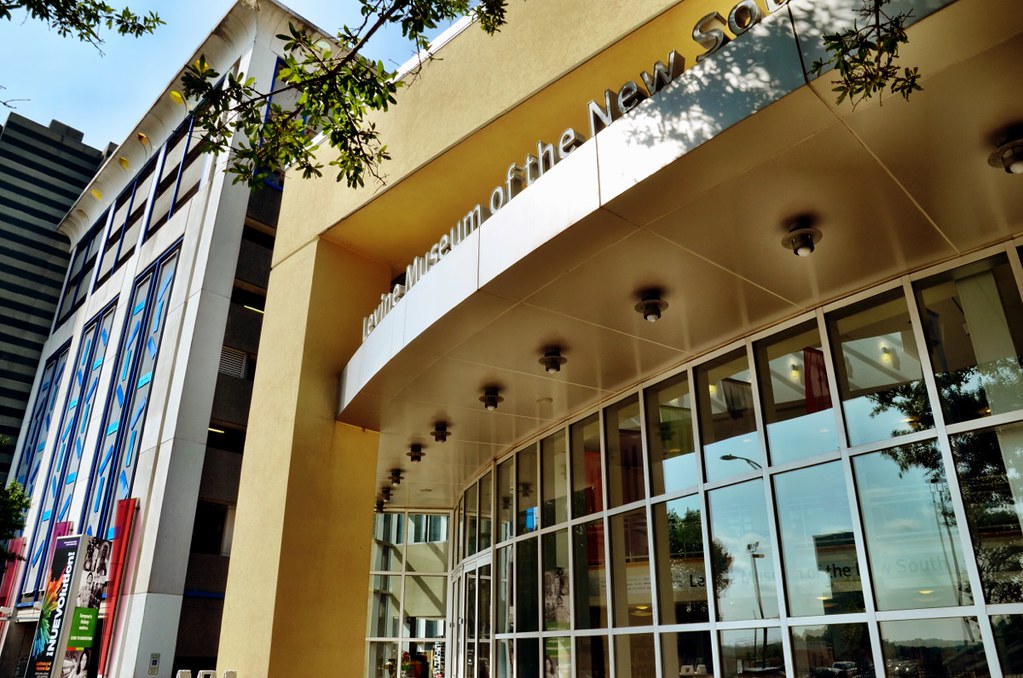 Getting up early on a bright and sunny Saturday morning, I felt like I had the town to myself as it slowly woke up, morning joggers and coffee-drinkers my companions. Uptown is quirkier than I expected, and I mean that in the very best way possible. Street art projects, graffiti art and many world-class museums are what I remember most during my time strolling around town. One of those museums was high on my list to experience firsthand, the Levine Museum of the New South. With a focus of Southern culture from Reconstruction through to the modern day, it’s an honest and rarely told story of the culture of the South. As a partial Southerner myself, it’s both heartwarming to see the complex social culture of the region so very well represented and refreshing that the honestly about the many problems over the years is also so very well interpreted. Nothing here is glossed over or hidden, this is the real history of the South, one that too few people know much less understand.

If you’re a NASCAR fan, then the NASCAR Hall of Fame should also be on your to-do list, but there are a number of other museums covering just about any interest. Downtown Charlotte is an intellectual and cultural center that is lively and fun and one that frankly surprised me.

I also love returning to great Southern cities not only because my slight accent suddenly makes more sense, but because the food is amongst the best in the country. That’s certainly true in Charlotte and as soon as I learned about Mert’s Heart & Soul restaurant, I knew that was the only place for me when it came time for a proper soul-food brunch. With everything on the menu from classic fried chicken to those southern sides we all know and love, I couldn’t resist a traditional BBQ plate. BBQ in North Carolina is serious business, but it’s also slightly confusing thanks to how much it changes from one end of the state to the other. In and around Charlotte, the BBQ sauce has that familiar vinegar tang we usually see in the Eastern part of the state, but with a splash of ketchup that adds sweetness and complexity to it. While I’m more of a Virginia BBQ fan, I couldn’t have been happier than I was at Mert’s, digging into a generous helping of BBQ with all the fixings.

Turns out Charlotte also has an emerging microbrewery industry, one that isn’t just booming, but also provides a fun way to spend the afternoon. A convenient Uber ride from The Ritz-Carlton, Olde Mecklenburg Brewery is one of the most popular in Charlotte and there are even a few others located nearby, making this a fun neighborhood to visit. Within a few blocks are several breweries featuring biergartens, cafes and restaurants and on the weekends they even have bands and other fun events. I was there on a Saturday and the entire street was booming with people, out and about enjoying the weather, the beer and food and each other’s company. It was a lot of fun and is a great way to “go local” and enjoy the city as the folks who live there do. 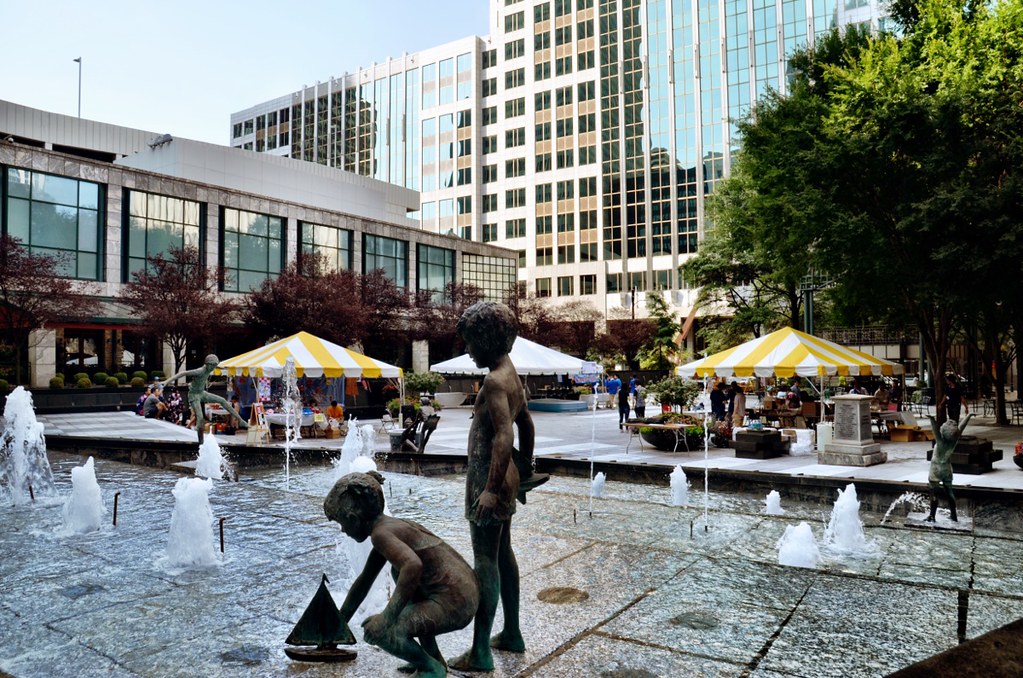 My preconceptions about cities I haven’t visited are often so wrong that I really need to stop formulating them in the first place. Before my first time experiencing Charlotte away from the airport, I anticipated a city that was business-like and antiseptic. I was wrong, so very wrong. With new people moving in all the time, Charlotte is in a beautiful state of change and transition and visitors are the beneficiaries of this evolution. Whether it’s elegant luxury at The Ritz-Carlton, Charlotte, the many cultural experiences in Uptown or a great beer at Olde Mecklenburg Brewery, there’s a lot to see and experience in Charlotte making it easy to feel like a Queen or King for a day in this great southern city.