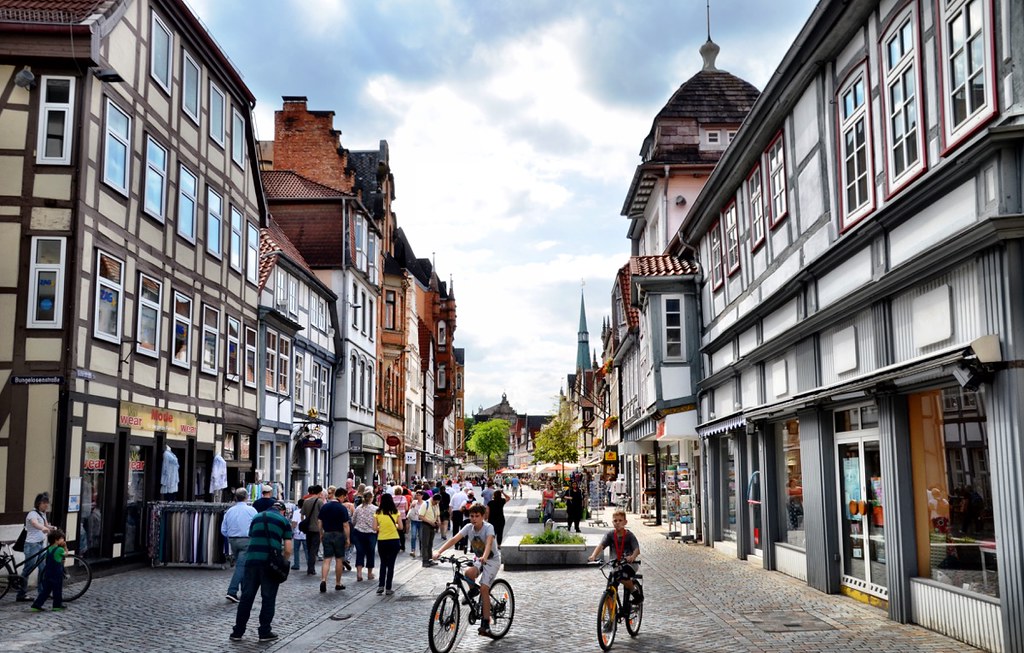 I was tired as I drove into the traffic surrounding Hameln just after lunch on a bright and sunny summer’s day. But I was also excited; I’m always excited to visit a new city and almost immediately I could tell that Hameln would be a good fit for me. Sometimes we just mesh with a new city and there’s really no explanation for it. It’s a mixture of mood, the weather and of course, ultimately, the city itself. For whatever reason though Hameln and I clicked immediately, which made me even more excited to spend the afternoon exploring this old German city. 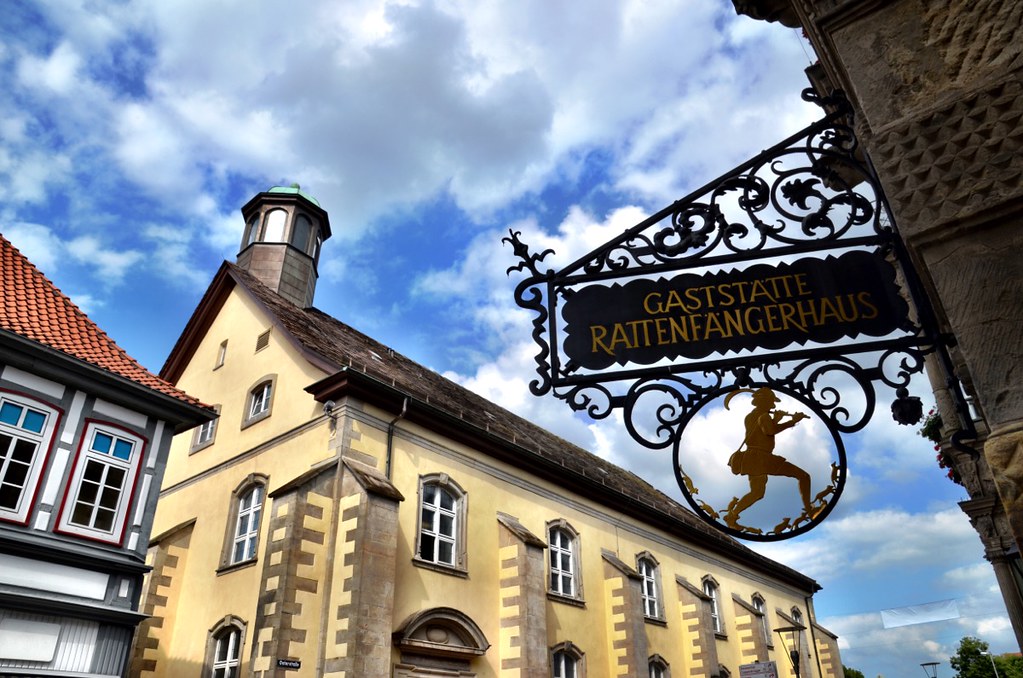 A Few Things You Should Know

Spelling the name of Hameln was my first obstacle. In English we would say Hamelin, but whether or not you use the English or German Hameln, it’s the same great city. It’s also an ancient city and while its roots go back well over a millennia, it wasn’t until the 17th century when Hameln enjoyed real influence and wealth. I saw that wealth on clear display as soon as I entered the old city on as beautiful a day as you could hope for in the northern regions of Germany. I wasn’t alone though, I had a guide for the afternoon, the Pied Piper himself. Every day, costumed guides dress up and get into character in order to share not only the history of this famous fairy tale with visitors, but to also share their beautiful city with newcomers. The story of the Pied Piper isn’t your average fairy tale though; it’s based on a very real event that actually did occur, although some of the details remain fuzzy still today.

We know a few things about the Pied Piper. In case you don’t remember the story from your childhood, the premise of the tale is simple. In 1284, Hameln was suffering from a rat infestation. The itinerant piper promised to get rid of the rats in return for payment. He did the job, but the townspeople refused to pay. Angered, the piper left vowing revenge which he got on the 26th of July that same year when he led the children of Hameln away never to be seen again. The lesson here is simple, don’t renege on a promise and always pay freelancers on time. Ok, I added that last bit, but you get the point. Well, as it turns out this is more than a nice story; it really happened and pretty much the way described by the Brothers Grimm. 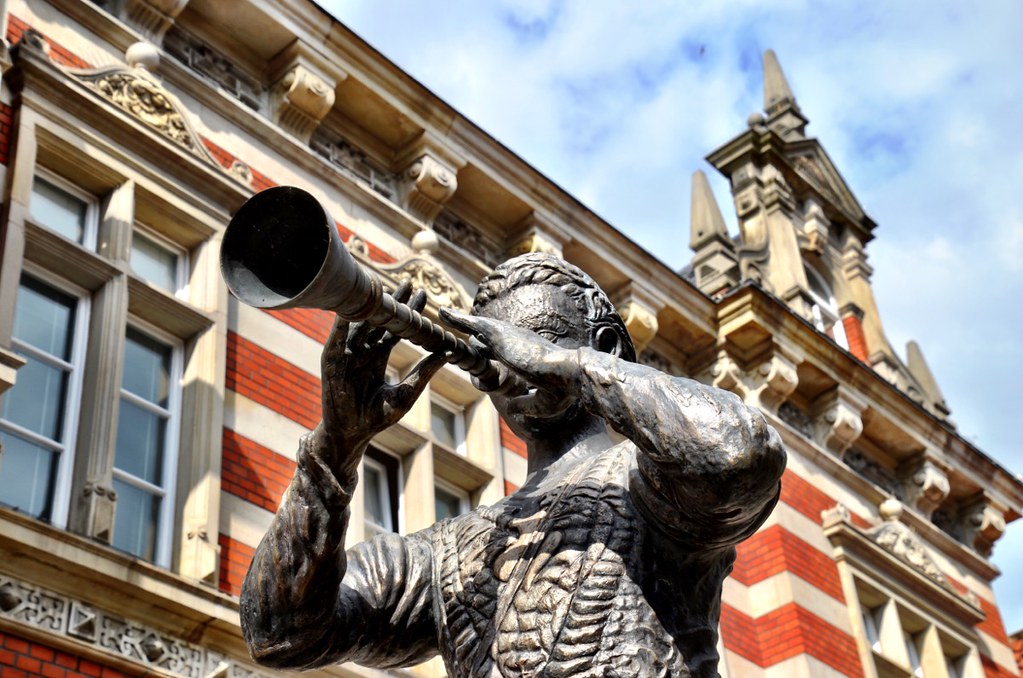 I learned all of this and more while being lured around town myself by the costumed guide, one of the best of my trip along the German Fairy Tale Route in large part because he never broke character. Ever. He even played the pipe, leading me throughout the town where the many historical markers of the story can still be seen today. As it turns out, there was an eyewitness account of the abduction, which was entered into the official records of the church in the 13th century. A girl saw a man lead 130 children away from the city and indeed, they were never heard from ever again. It was also immortalized in a stained glass window that was crafted in the 13th century and while it was destroyed centuries ago, its presence has been validated through other historical records. So what really happened here? The truth is, no one really knows. Theories abound, but we will probably never know and the honest truth is that while the story is indeed based on an event, the facts of that event no doubt have been changed and embellished over the many centuries that have since passed. But it’s the perfect entree to learning more about this fascinating city. 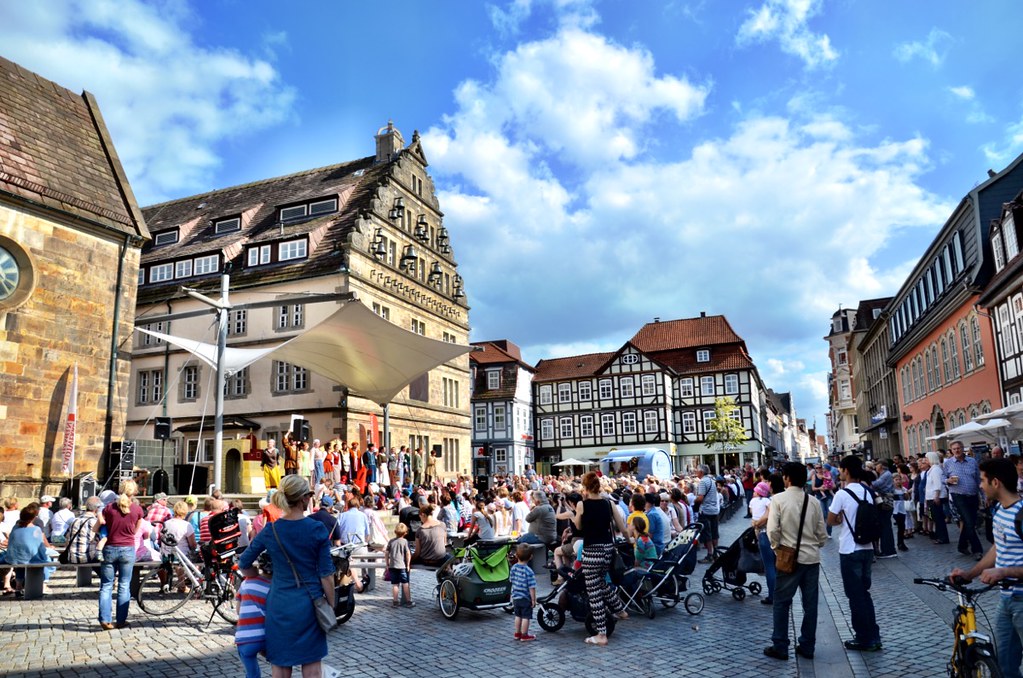 Much More Than a Fairy Tale City

While my guide and the fairy tale formed the rallying point for my visit to Hameln, I soon discovered a lively and fun city beneath the veneer of folklore. The day couldn’t have been more perfect, and walking along the main pedestrian zone I noticed that nearly every café was brimming with people, out enjoying the weather, some great food and each other’s company. It was the type of day I love the most in Europe and I felt the energy of everyone out and about. In the main square a free children’s play – about the Pied Piper of course – was underway and the crowds were massive, further contributing to the fun spirit that reverberated across the cobblestone. Hameln is also known as a key stop along the Half-Timbered House Road, which is how I found myself meandering along its twisty side streets, discovering historic building after historic building, as colorful and vibrant as the day they were first built. 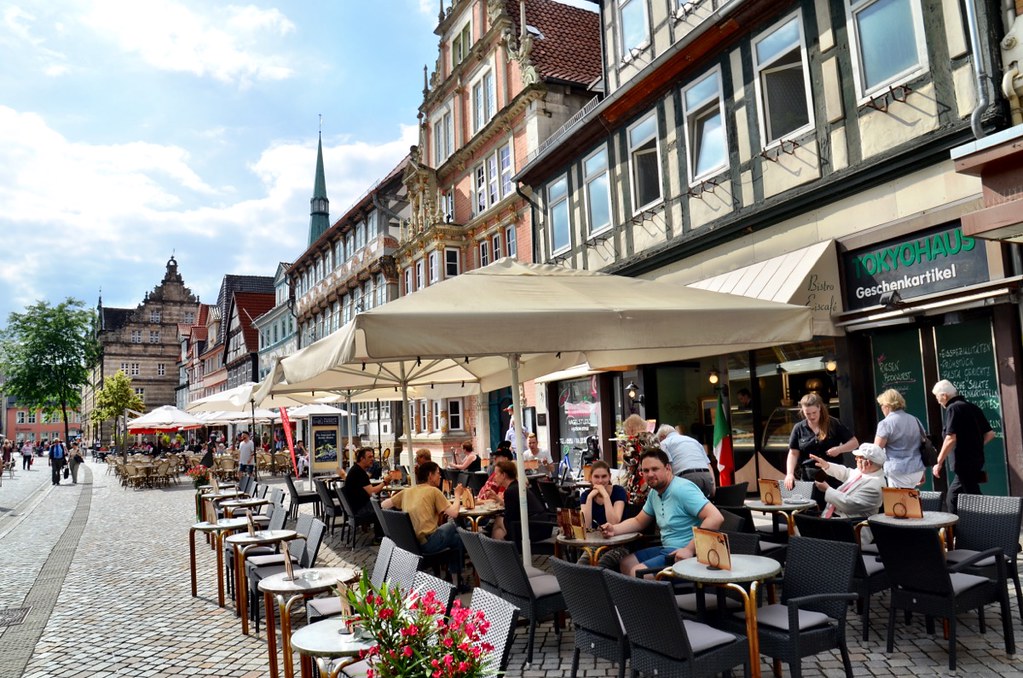 More than the houses or the fairy tale though, I just enjoyed being in the city. Sometimes we click with places and we have no idea why, and such was the case with Hameln. My major regret is that I didn’t spend the night downtown; I would have loved to have joined those al fresco diners and spent my evening just like everyone else, people watching and enjoying the meteorological perfection all around. Hameln is an important stop along the German Fairy Tale Route, no doubt there, but when you visit be sure to explore the city outside of the stories and legends and also be sure to devote enough time to this fascinating little German town.