Oddly enough, this wasn’t my first time staying in a castle. I’ve been fortunate enough to stay in a few of them while traveling in Germany, and although each is unique and no two experiences are the same, I recently discovered one near Hameln that is something very special. Although a mouthful, the Schlosshotel Münchhausen is a delicate and refined property with an impressive history. Since spending the night in a castle is so special and so unusual, I thought I’d share my experience in this fairy tale-perfect getaway. 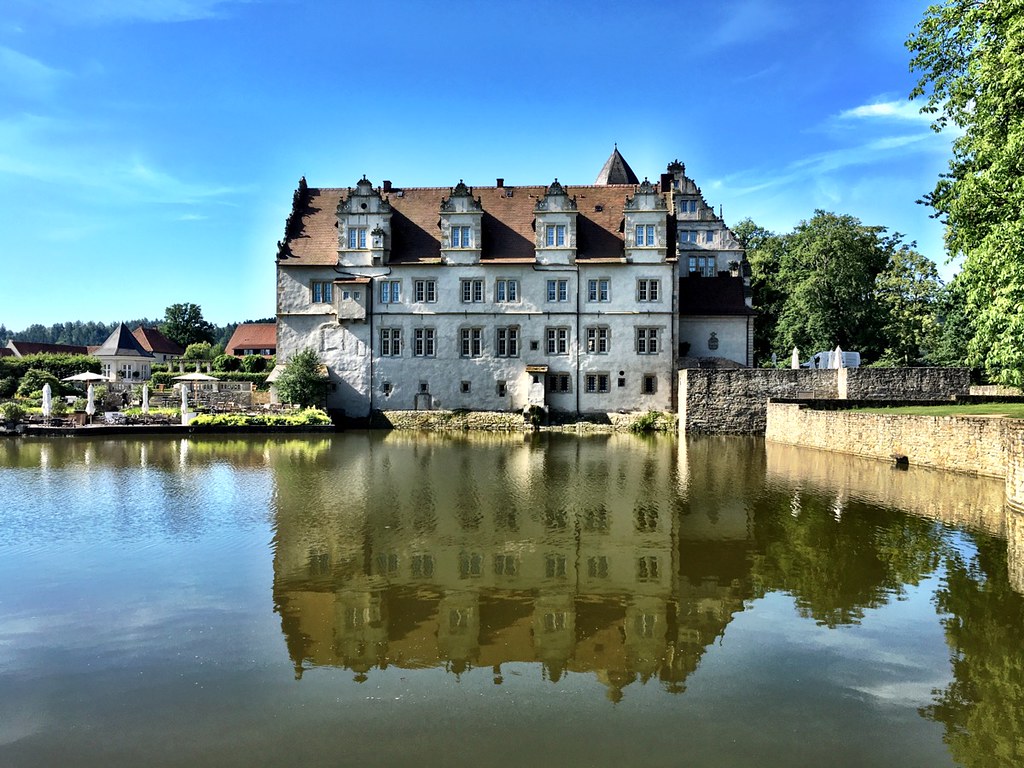 Located just 15 minutes away from the lively city of Hameln, home to the famous Pied Piper, Münchhausen Castle enjoys a rural and decidedly pastoral setting. Its impressive history started in 1570 when a certain Hilmar von Münchhausen converted a small knight’s fortress into an elegant and refined castle complex. Over time and subsequent inheritors of the estate, additions and changes were made both to the large castle and the lands surrounding it. One of the most important add-ons, and one that can still be seen today, are the impressive gardens and parks. One of the first examples of a classic English park on the continent, nobles and experts including kings and czars studied and sought to replicate the amazing horticulture that in large part defines the Münchhausen experience.

I arrived at the castle after spending the afternoon in Hameln, or Hamelin as we would spell it in English. What I discovered there was a lively and bright city and one that has a lot more to offer than just the fairy tale that has made it so well-known around the world. Actually, my guide for the day was dressed as the Pied Piper and while he shared the historical roots of that story, he also introduced me to the modern city and for me it was love at first sight. Being so close to Hameln is just one of the many perks of staying at the Schlosshotel Münchhausen but believe me it’s definitely a destination in its own right. 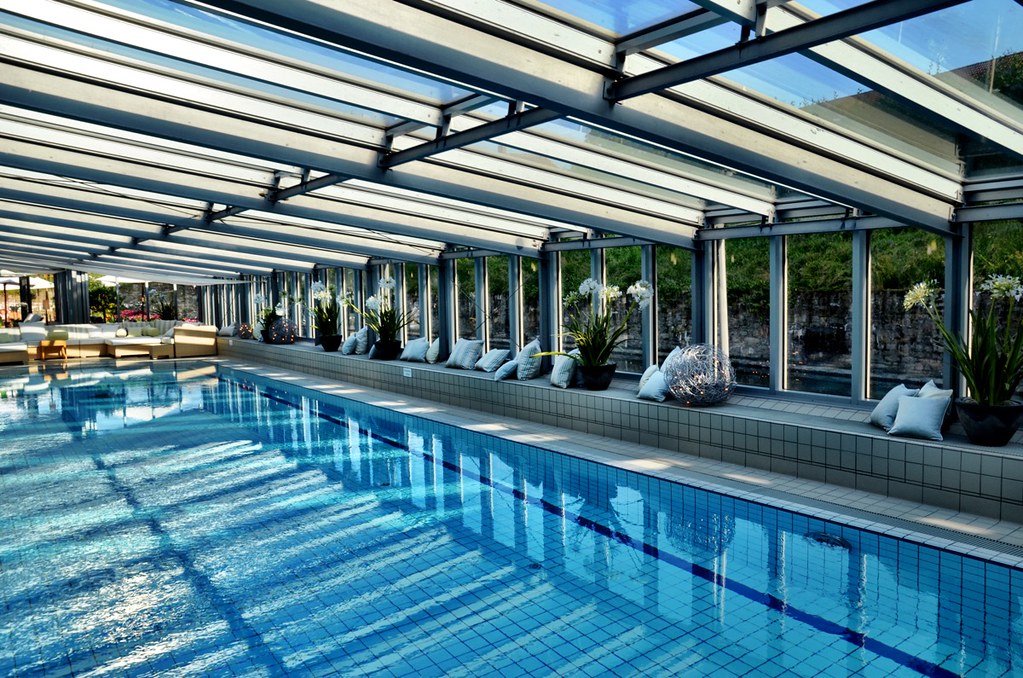 I’m a luxury guy and while I don’t always have the opportunity to enjoy 5-star accommodations, it is always something I look for when I travel. Interestingly enough, while I’ve enjoyed staying at other castles, I wouldn’t necessarily call them 5-star experiences. Were they nice, would I visit them again? You bet, because there’s nothing quite like spending the night in a 400-year old European castle. But the Schlosshotel Münchhausen does something that is fairly unique, it combines the amazing feeling of staying in a castle with the very best of 5-star luxury, easily one of the best hotels I’ve ever had the great pleasure to spend the night.

Münchhausen is home to 68 suites and rooms spread throughout the castle, no two exactly the same thanks to the unique design of the castle itself. Even though the hotel is only about a decade or so old, it’s already been through a refresh and the rooms are elegant and airy and not at all overdone or too stuffy as can sometimes be the case with luxury hotels. Again, unlike other castle hotels I’ve patronized, staying at the castle felt like staying at a world-class hotel and not a 400-year old landmark. That makes a huge difference and while I don’t mind staying at castles that feel like castles (think Game of Thrones without the violence) it’s nice to get the amenities one expects at an amazing hotel. 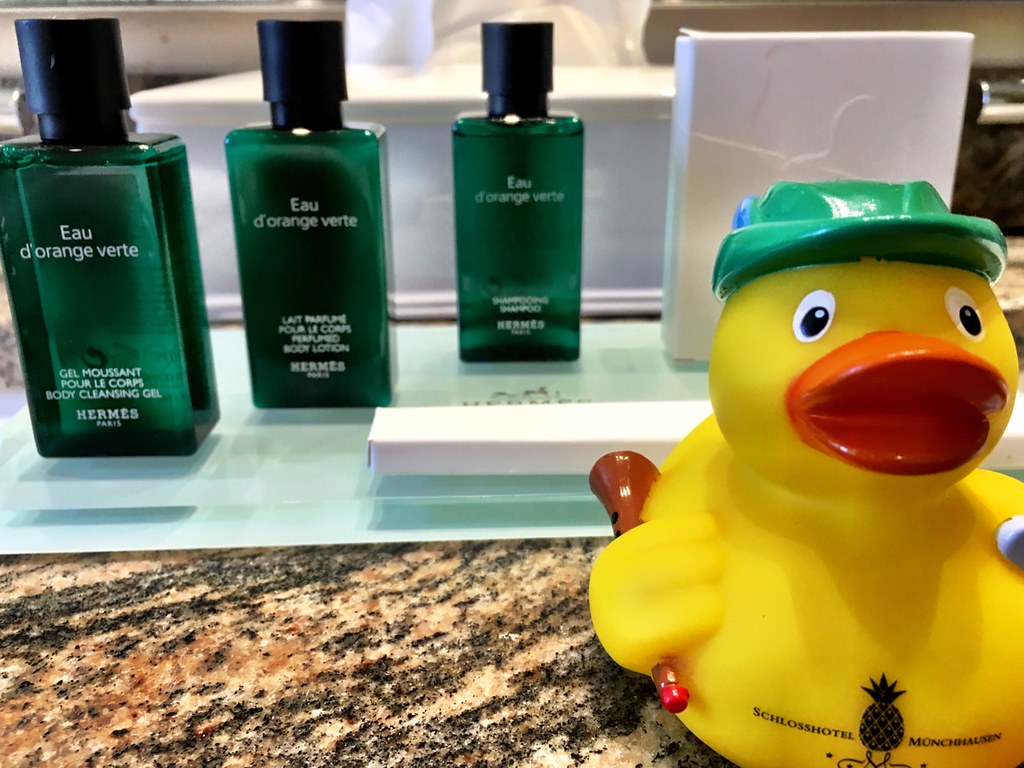 The bathrooms though should get a special mention because from the standard rooms up through the various suites, they’re the star attractions of each and every room. Designed to perfection, they make sense, they are luxurious and the toiletries are world class, including the playful Hameln inspired rubber ducky in every room. Simply put, my room was an oasis, as any great hotel experience should be. But the luxury doesn’t start and end with the rooms, it’s pervasive throughout the property and ultimately is what made my own stay there so incredibly special. 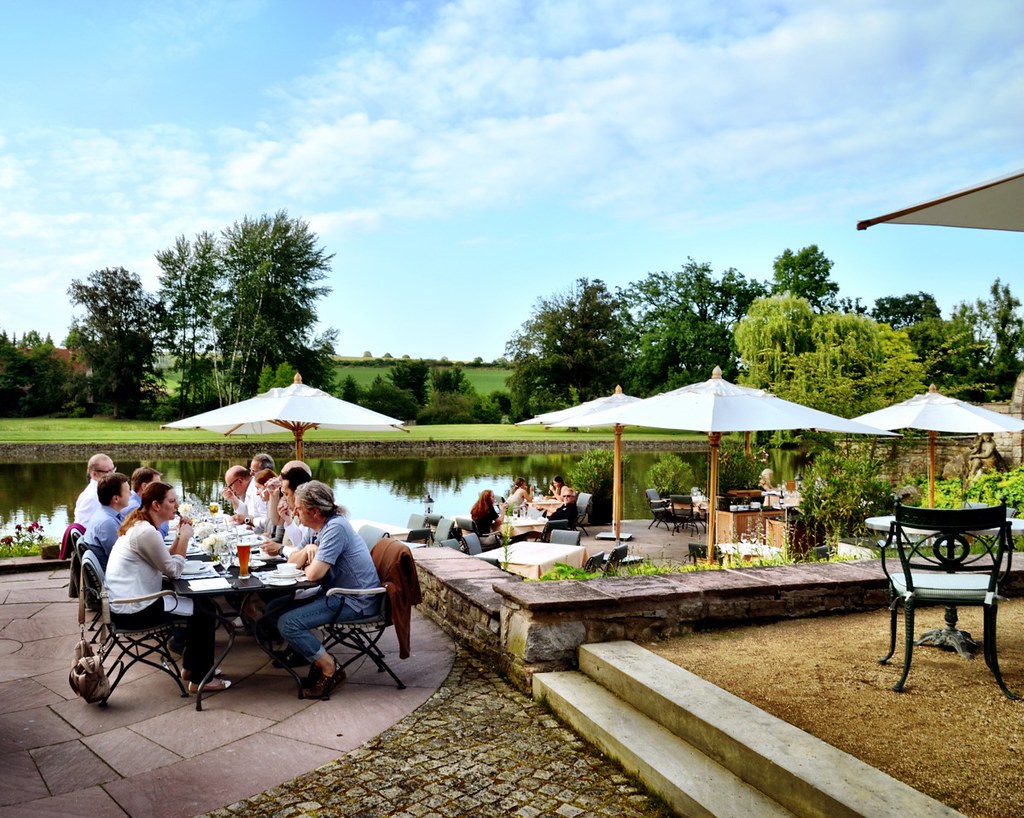 Not every hotel or resort can accomplish a set of special moments; events that can only be enjoyed there. But when they do, then you have a hotel experience that transcends a place to simply stay the night and it becomes a memorable travel moment that you know you’ll long remember. Such was the case for me at the Schlosshotel Münchahusen and it’s thanks to these experiences that I know I won’t just remember it, but I’ll try to get back there as soon as I can.

The food – I don’t usually place a lot of stock in a hotel or resort’s food offerings; they are what they are. But it was a different experience at Münchhausen and for me, the culinary arts played a big part in my own enjoyment of the stay. Like any great hotel there are many options, but the undisputed star of the castle is the Michelin-star gourmet restaurant. Since its opening in 2004, the restaurant has been awarded a star every year – an amazing feat in its own right. After enjoying a relaxed dinner there though I can understand why. It was a warm summer evening and sitting outside next to the pond was heaven on earth. I couldn’t have picked a more peaceful and picturesque setting as the stage for one of the best meals I’ve ever enjoyed in Germany. From the traditional to modern, there’s a little something for everyone and if you’re a wine lover, then you’re in for a treat. With an expansive cellar and staff with a fierce knowledge of viticulture, there’s no going wrong at the restaurant. 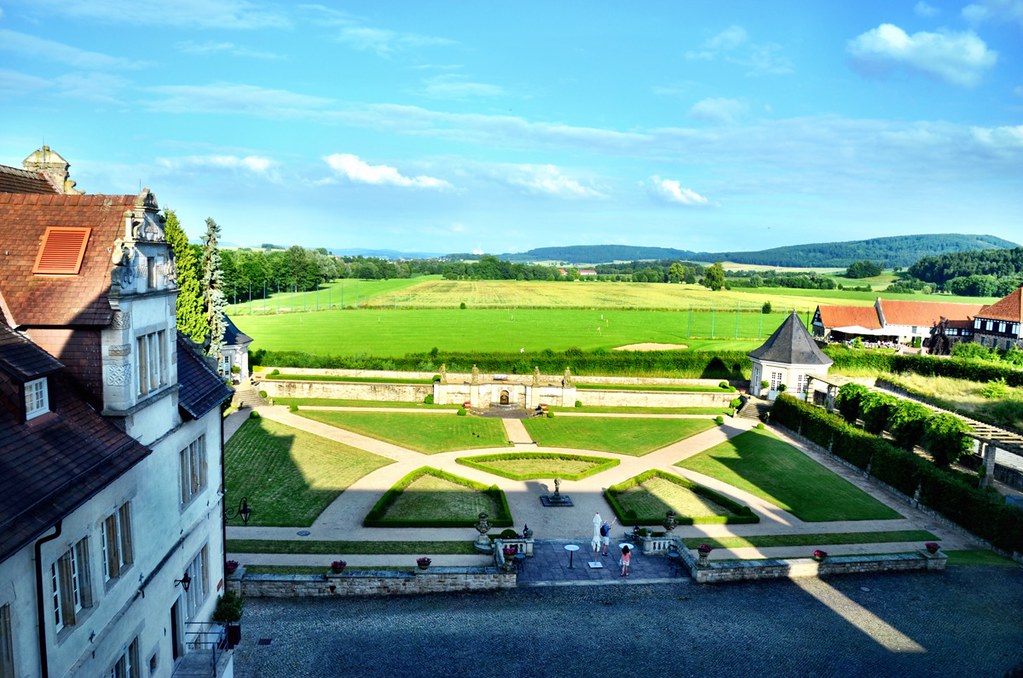 Service – I routinely say that what defines any luxury hotel isn’t a chandelier or nice bed, it’s the service. And nowhere is that more true than at Schlosshotel Münchhausen where I experienced some of the best service I’ve ever run across, which is saying something. It’s common in hotel parlance to say that no request is too absurd, but in all honesty few places actually mean that. Well, at this castle they live and die by that credo. I was in a beautiful room, one of the best I’ve ever enjoyed actually, but it was also one of the few at the hotel that hadn’t yet been retrofitted with air-conditioning. Although the window helped, I guess as an American I just like frigid-cold rooms and asked at the front desk if an oscillating fan was available. Sadly it wasn’t, but it wasn’t the end of the world for me and so I went to dinner and didn’t think about it again. Upon returning I was in for a surprise. The staff had run out to the local store and purchased an oscillating fan for me, placing it in front of the bed and turned on, cooling it down. I’ve never seen anything quite like it and then and there they won a fan for life. It probably cost them $20, not much in the grand scheme of things, but it’s a moment that I will tell friends and family about for years. It was one of those priceless moments that truly define a fine 5-star hotel.

I love Germany and I equally enjoy staying at the many castle hotels found throughout the country. There’s just something special about not just seeing history, but living in it. Spending the night within walls that are hundreds of years old and have seen untold history. When you add into the mix a modern, state of the art luxury hotel experience, then something special exists. It turns into a hotel that isn’t just a stop along the way, but a true destination unto itself, and that’s what the Schlosshotel Münchhausen was for me.