When Cathay Pacific Airways first approached me about working on a project to share what my first trip to Mainland China would look like, I was excited but also intimidated. After 40 years of life, I had somehow managed to never visit one of the most important countries in the world, with sights and attractions so numerous it would take a lifetime to fully explore them. My self-imposed schedule was ridiculously tight and I knew that. I realized even before leaving home that this first visit would be a very basic introduction, more to see whether or not I enjoyed the experience than anything else. When it came time to decide on where I wanted to go, there was one city that jumped to #1 immediately – Beijing. The capital of China, this city has long intrigued me and the many wonders contained within it fascinated me like few other places have. I was scared, but excited, I couldn’t wait for my first experience in this Chinese mega-city. Being tight on time though, I knew that I had some challenges and so I did what I normally do in such situations, I looked for a great tour guide to help me get the most out of my brief time in the city.

I first used the walking tour company Context Travel 5 years ago in Paris, when my partner and I joined a food tour in the City of Lights. That experience more than any convinced me of the usefulness of a well-done walking tour, and Context in particular impressed me for their commitment to education and not just a run of the mill tour. Using guides who are experts in their fields, usually college professors or the like, Context delivers tours that are different while at the same time intellectually stimulating. They were the first place I looked when it came time to put together my Beijing itinerary, and it turned out to be one of the best decisions of the trip. While time was a major reason why I used Context, the other reason is that I was intimidated. I feel confident as a traveler almost anywhere I go, certain that I’ll be able to figure things out and get done what I need to do. But China, at least conceptually, occupied a different place in my mind. I had some outdated misconceptions about what it is like to travel in China, imagining a Communist leviathan that would be restrictive and intolerant. The language was another consideration, and I was worried about my own ability to get around Beijing quickly and efficiently. I love metro systems, but I need some sort of reference point and I was a little concerned that I wouldn’t be able to figure out the Beijing system without an interpreter or at least some help. Now that I’ve been there, I know that I was wrong about these things and more, but it was a fear before I left home. Overall, I was concerned in a way that I haven’t felt in many years and that worried me on several levels. But I also knew that, at least on that first day, I wanted someone to help me learn the process of getting around Beijing, seeing the famous sights I’ve longed to admire in person for decades. 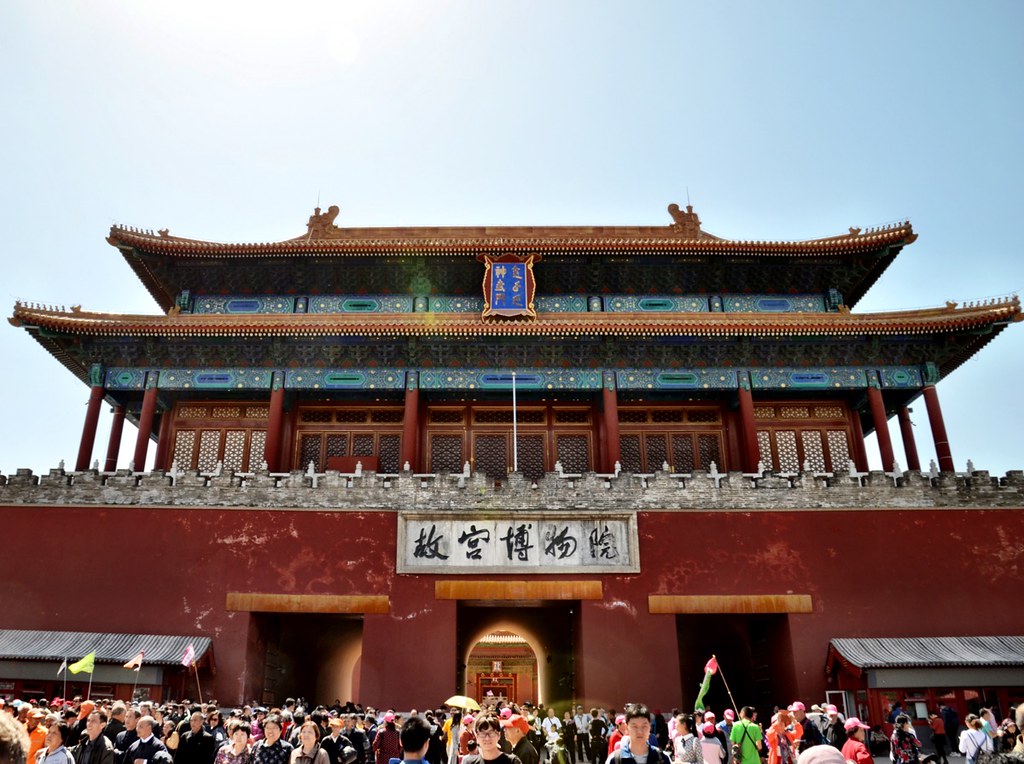 Context is great for any number of reasons, not the least of which is that they’re flexible. Seeing that they had a “make your own tour” option, I reached out and discovered that I would be able to join a small group tour of the Forbidden City in the morning and then the guide would spend the afternoon showing me some other sights around town featuring a few highlights from their other tours. It was hard for me to select which famous places in Beijing I wanted to visit, but the Forbidden City seemed like the best place to start and ultimately I think that I made the best decision. Context always keeps their groups very small, which is another reason why I enjoy their tours so much and on that morning there were only three of us, the perfect size to be led around the massive Forbidden City by our guide Jeremiah.

An American, Jeremiah is a writer and historian who has called Beijing home since 2002. He’s thoroughly ensconced in academic life within the city and has written about Chinese history exhaustively. He’s also a really great guy, and spending the day with him made for one of the most interesting days of my trip. Starting the morning in Tiananmen Square, I was surprised at Jeremiah’s frankness talking about the events that took place there in 1989. It made me reconsider my admittedly false preconceptions of the country, and set the stage for a fun, informative and engaging day learning about modern China by revisiting its past. 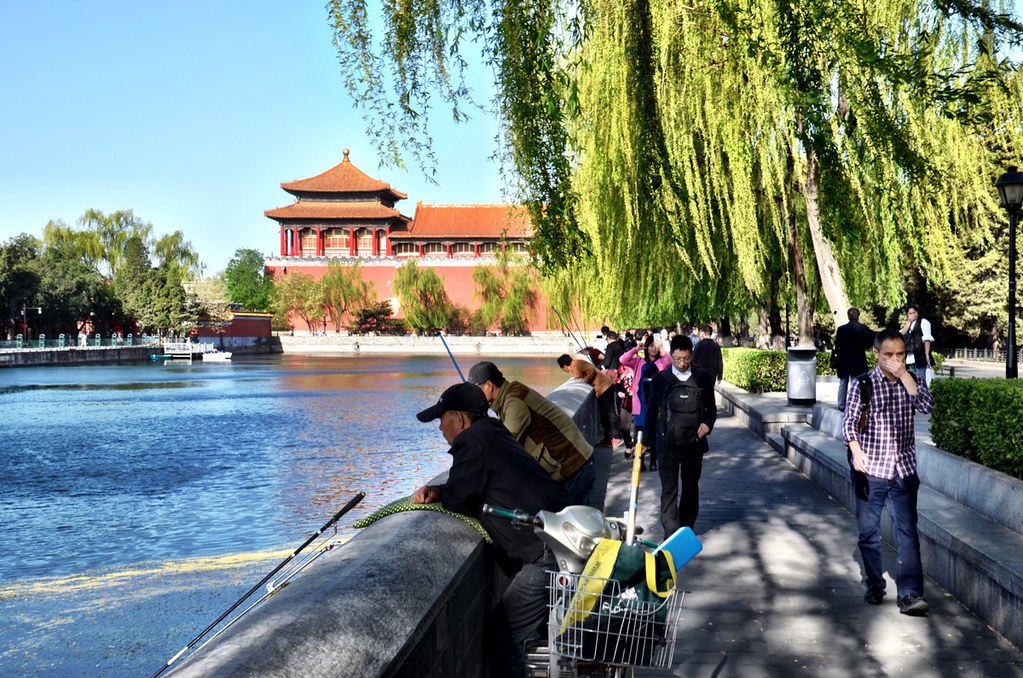 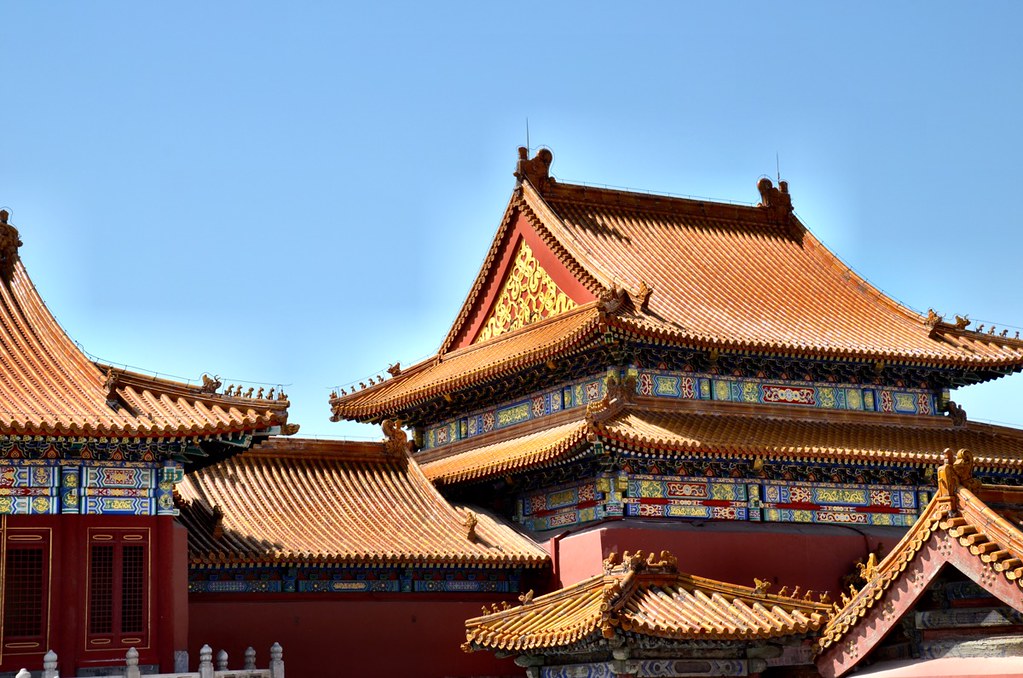 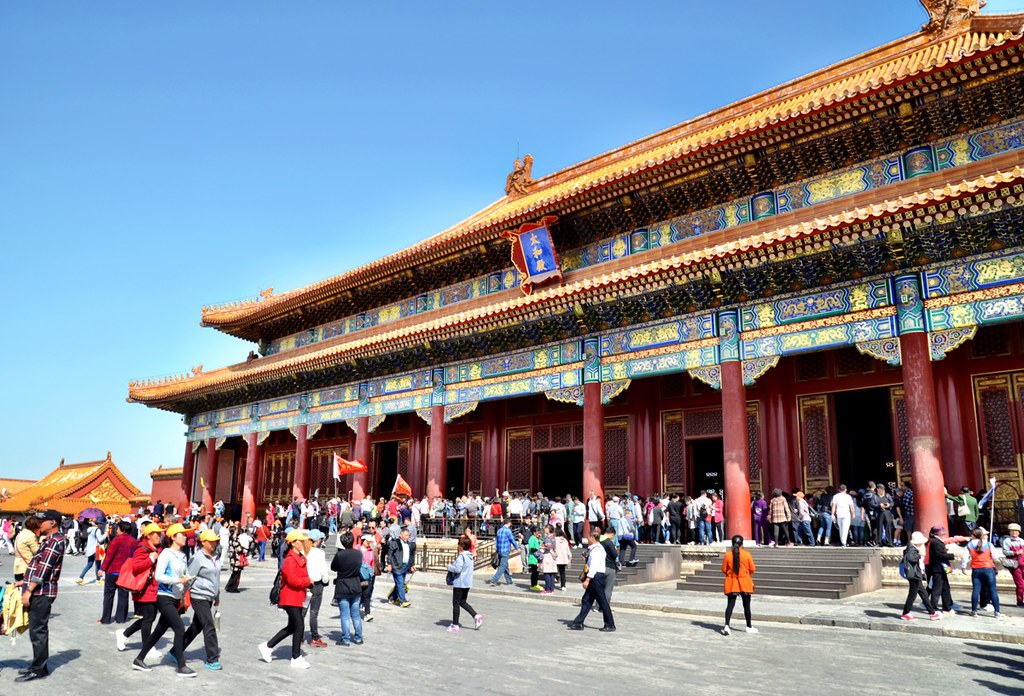 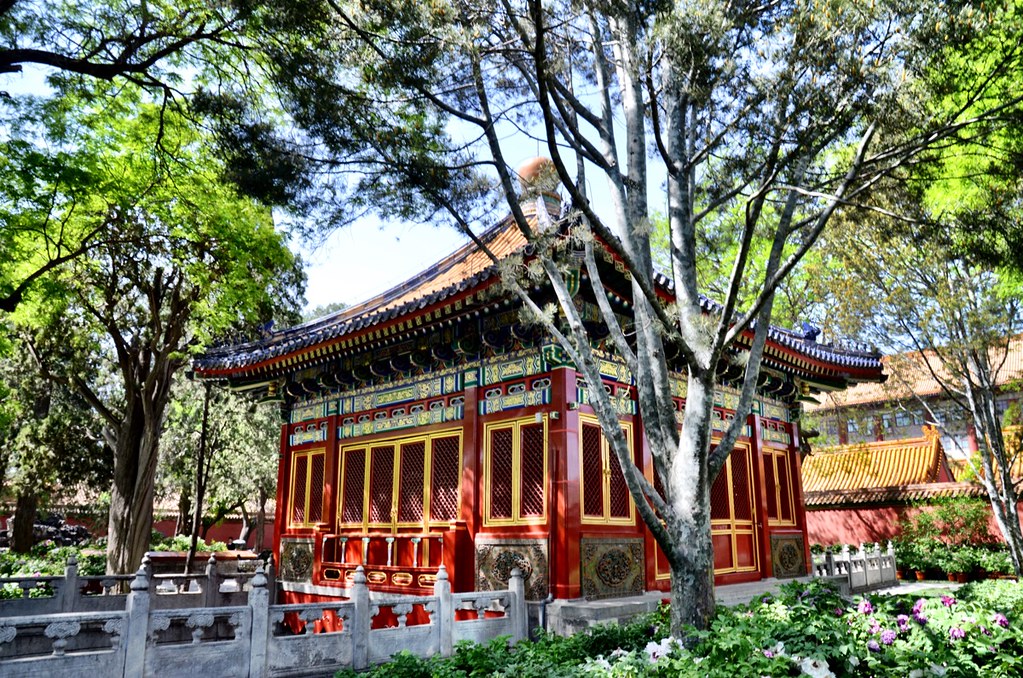 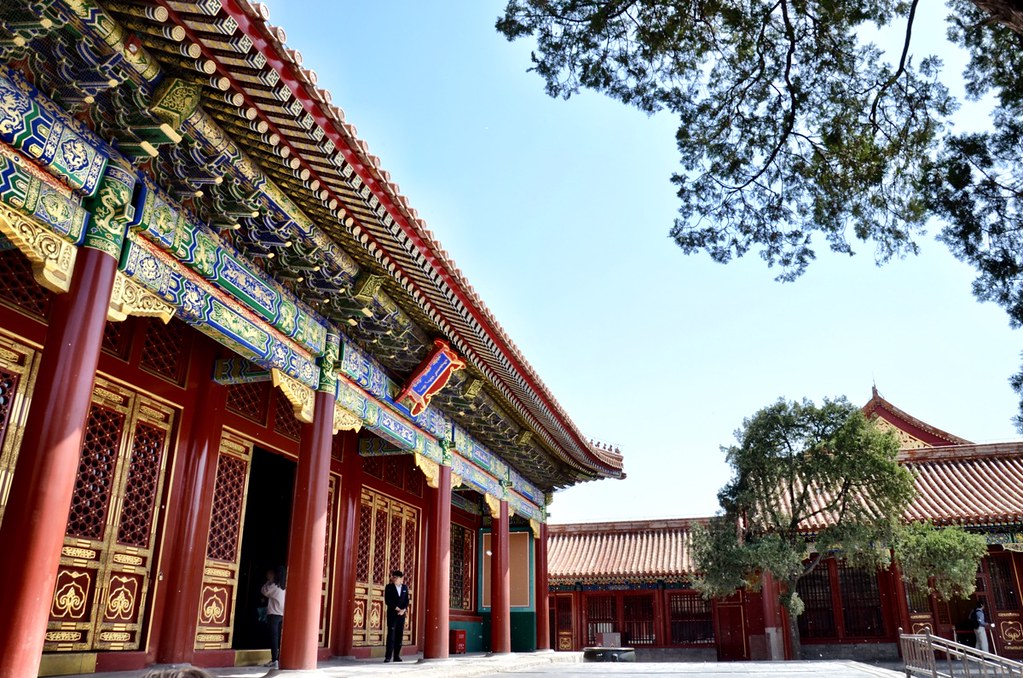 The Forbidden City though was the focus that morning, just as it is for most first-time visitors to the city. Home to 24 emperors over the course of 500-years, the Forbidden City is the heart of Beijing’s impressive imperial history. It’s also an immense space, with legend holding that it is home to 9,999½ rooms. It’s so overwhelming that a guide really is the only way not to just to see the best of the Forbidden City, but to understand it as well. While I did indeed learn a lot as we wandered around the massive space, that’s not ultimately what a great tour is about. While interesting at the time, the sad fact is that we will remember very little information from any tour we take, no matter how well executed it is. No, instead we remember how we felt, whether we enjoyed our experience and that more than anything else is the most important aspect of a well-done tour. Enjoying an unusually sunny morning with Jeremiah, the experience couldn’t have been better. These are scenes I’ve been admiring in books for decades, and to suddenly find myself there, wandering around the buildings and plazas in person and not through film or photos was a uniquely wonderful sensation. It was a sudden awareness that I was there, I was finally in China, the long mythologized country of my travel dreams. 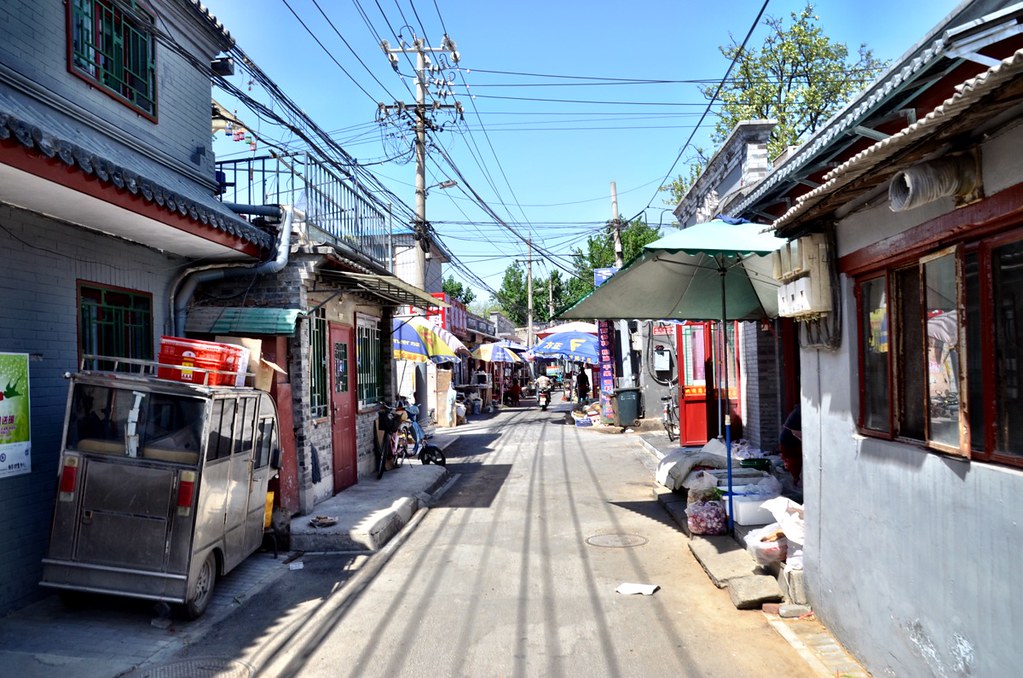 What I took away

The rest of the “official” part of the day was spent touring temples and neighborhoods all in attempt to introduce me to as much of the city, both its past and present, as possible. But those impressive sites weren’t the most important part of the day. No, that was spending time with Jeremiah and learning about the city he’s called home for so very long and enjoying a local lunch. This is also where his expertise with the language came in handy. I never would have been able to navigate the food options without his help and since we learn the most about a culture through its food, it was also an incredibly important aspect of my day out on the town. Grabbing a few snacks from street vendors, Jeremiah then took me to one of his favorite restaurants for a traditional lunch of noodle soup. Everyone there seemed to be eating the same thing, even though the menu was more comprehensive than just that, locals know what is good there. And they were right, as I immediately realized when I wolfed down my savory noodle soup laced with chunks of meat and vegetables. It was my first “real” meal in China, and it was everything I hoped for and more.

The real star of the day though was meandering through the many hutongs of Beijing. Hutongs are an old style of neighborhood, with some dating back hundreds of years. They’re also amongst the most traditional type of abode, but sadly many of them have been destroyed over the last 50 years, making way for highways and highrises. Some though have thankfully been preserved, and it was through these ancient communities where we spent the afternoon strolling. Quiet alleyways, dusty neighborhood temples and basic markets, all part of daily life in the hutongs. But so are microbreweries, gastro pubs and coffee shops. Hipsters have discovered the hutong, and many are undergoing a massive gentrification process, at first alarming but ultimately saving these relics from near certain destruction. It was also the perfect way for me to see what average, daily life in the city looks like. Temples, palaces and grand plazas are all great and important to see, but so are neighborhoods and shops, the basic building blocks of life in the capital city. 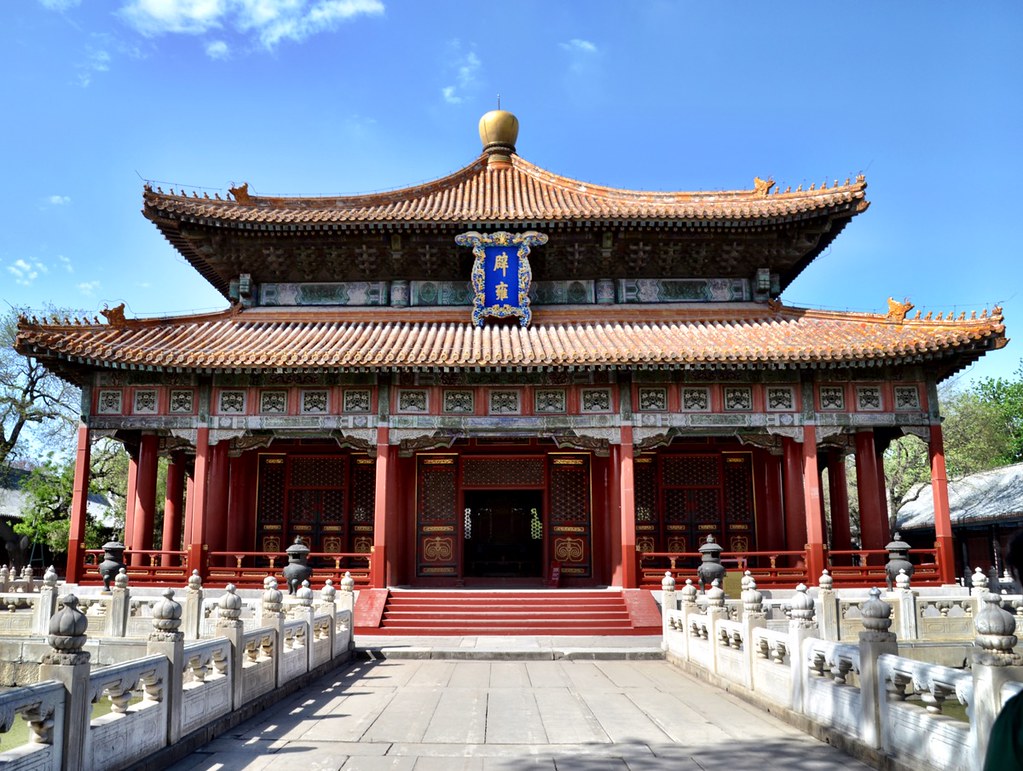 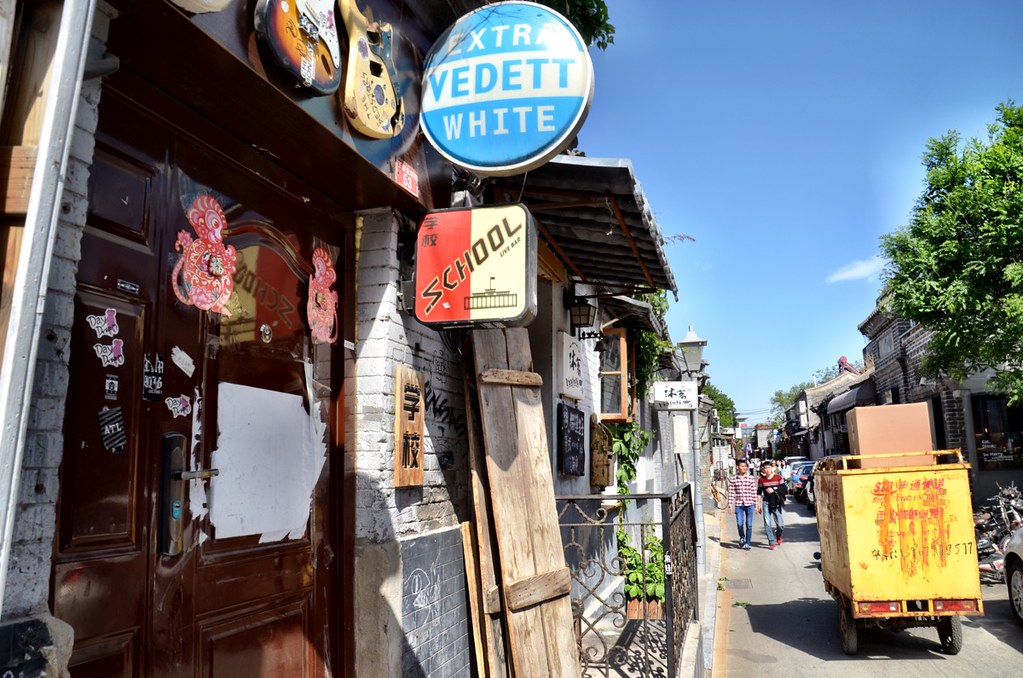 It’s impossible to even scratch the surface of Beijing in just a day or two. It’s too massive, it’s too old and there’s too much to see and do. Looking back at my brief time in the city though, I’m happy. I’m confident that I made the right decisions in choosing what to experience for my first visit, spending a day in Beijing and a day out on the Great Wall of China. It wasn’t easy to narrow down my options, but the tours offered by Context Travel helped me more than I could have ever imagined. Putting together a day that served as a wonderful primer to the city, both its history and culture, I believe now looking back at it that I accomplished as much as I possibly could have, given my time restrictions. That’s ultimately the power of a great guide, be it for a day or two or just a few hours on a specialized walking tour. Can we see the same sights on our own? Sure, of course, that’s not the question. The question is, what do you want to take away from the experience? A well-trained guide provides more than we could ever hope to learn on our own or even with a comprehensive guidebook in hand. They offer information sure, but also context and background. They give life to the sometimes boring facts on a page and make destinations come alive. That’s why a great guide is almost always a part of my travel experience and why it wasn’t just nice, it was essential for my first time exploring the mega-city of Beijing.