Everyone is different and the way in which we travel is a very personal thing. When asked, I usually say that I’m an independent traveler, preferring to be on my own to figure things out. There’s nothing like being dropped in the middle of a new city, wandering around seeing the sights, sampling the local cuisine and experiencing it for the first time through all of the senses. That doesn’t mean that I don’t have some help and many times I have written about how much I love taking well done walking or day tours. Being led by local experts is a great way to obviously learn more about a new city, but it’s also a nice way to use time more efficiently. If I have a week or so to spend in a new place I’ll usually do a mix of independent sightseeing with a few well-chosen walking tours mixed in. They add to my overall experience and I enjoy taking them. But when I was in Beijing things were different and I found myself relying on these tours in a way that I don’t usually do. There was a reason for this though and my decision to rely on daylong tours turned out to be one of the smartest travel choices I’ve made in a while.

My recent trip to China was sponsored by Cathay Pacific Airways, a company I’ve long worked with and for which I have a lot of admiration. I love flying with them, enjoying their service along the way and discovering new destinations. They asked me to put together a trip to demonstrate what my first experience in Mainland China would be like. I didn’t have any restrictions, and was able to put together my dream itinerary as part of their ongoing #MyChinaExperience project. Naturally, since I had never been to China before I had to start with the capital city of Beijing, knowing that I would only be able to scratch the surface of this megacity. But when I started planning things, I discovered that I was intimidated by the concept of China and that surprised me to be honest. I feel confident as a traveler almost anywhere I go, certain that I’ll be able to figure things out and get done what I need to do. But China, at least conceptually, occupied a different place in my mind. I had some outdated misconceptions about what it is like to travel in China, imagining a Communist leviathan that would be restrictive and intolerant. The language was another consideration, and I was worried about my own ability to get around Beijing quickly and efficiently. I love metro systems, but I need some sort of reference point and I was a little concerned that I wouldn’t be able to figure out the Beijing system without an interpreter or at least some help. Now that I’ve been there, I know that I was wrong about these things and more, but it was a fear before I left home. Overall, I was concerned in a way that I haven’t felt in many years and that worried me on several levels. But I also knew that, at least on that first day, I wanted someone to help me learn the process of getting around Beijing, seeing the famous sights I’ve longed to admire in person for decades. 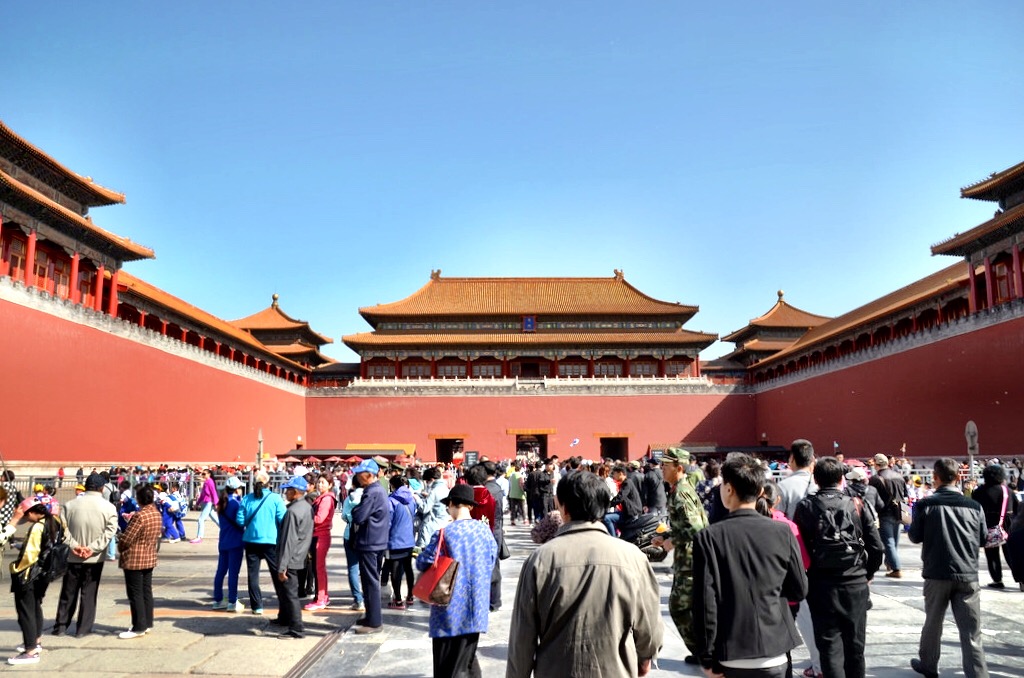 I didn’t have much time

Time was a major concern of mine as I only had two days to explore Beijing. I know, I know, the restriction was my own though. I really only had a week to fly out to China, see and do everything I wanted to and return home. That meant making some hard choices, including spending only two days in Beijing. I knew that it would serve merely as a first introduction, a basic primer to the city so that when I return, I will have a better idea of what to see and do. Because of this very limited schedule though and my desire to see and do as much as I could, a day tour was really my only option. I didn’t want to spend half of my day getting lost (as I often do), traveling from one spot to the next without a clear concept of where I was going. I simply didn’t have the time on this trip to waste wandering around aimlessly, an activity I love doing when I have more time to spare. No, this trip needed to be surgical in its precision and because of that, a day tour was my only choice – at least in my opinion. 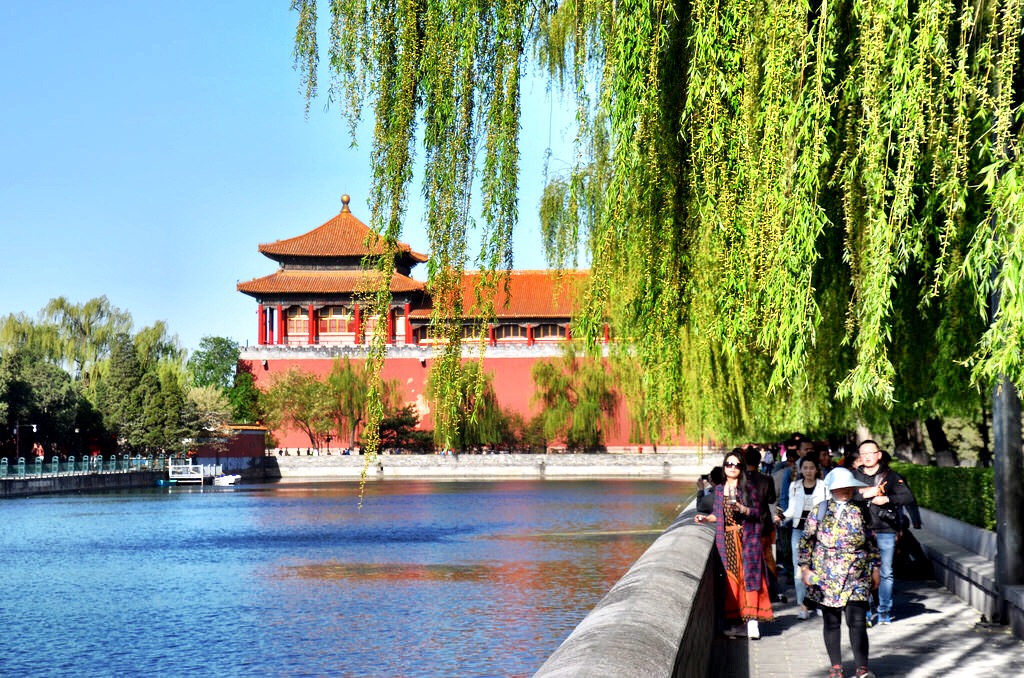 I love walking tours and trust the company

As I’ve already mentioned, I really enjoy a well-done walking tour and seek them out almost anywhere I go. They offer information and a level of expertise that no guidebook can replicate and which I’d never pick up on my own. Lately, I’ve become slightly obsessed with food tours, but I also love walking tours that are different, a little quirkier than the standard “follow the leader” type of experience. That’s why I decided to once again patronize a company I’ve known for a long time and whom I trust to deliver amazing experiences – Context Travel. I first used them several years ago while in Paris when I took what was at the time my first ever food tour. Being led by a local food writer, I was introduced to areas of Paris that were completely new to me, an interesting feat since at one time in my life I lived in the city. It was that tour that firmly convinced me that well-done walking tours can greatly enhance a trip, and is why I looked to them once again when I was in Beijing.

Context Travel is not your standard walking tour. No, their tours are either private or in very small groups and cover themes and topics that no one else does, well almost no one. They label themselves as being for the intellectually curious, and I love them because their walk topics are unusual and almost always interesting. In Beijing I had several options, but I contacted them to see if they could help me plan something special that would enable me to see the best of the city in one day; an impossible task I know. They were great, and I soon found myself joining a morning small group tour of the Forbidden City, with a brief stop beforehand to Tiananmen Square. My docent for the day was a remarkable man, an American university professor who has called Beijing home for many years and whose passion for China was evident almost immediately. The morning was spent strolling through the massive palace system, learning about its importance, architecture and even role in modern China. It was eye opening, and I know that I left the experience learning more about this important site than I would ever have picked up on my own.

Working with Context Travel beforehand, I had customized the rest of the day, and the guide from the morning then showed me around town for the rest of the day. Thankful for his fluency in the language, he introduced me to the street food folks in the city love to snack on and even took me to one of his favorite noodle houses for lunch. We then strolled temples, shrines and hutongs, traditional neighborhoods that are a big part of the fabric of every day life in Beijing. I’ll be writing in greater detail about all of these experiences, but overall the day spent with my Context Travel guide was the best possible introduction to the city that I could have hoped for. 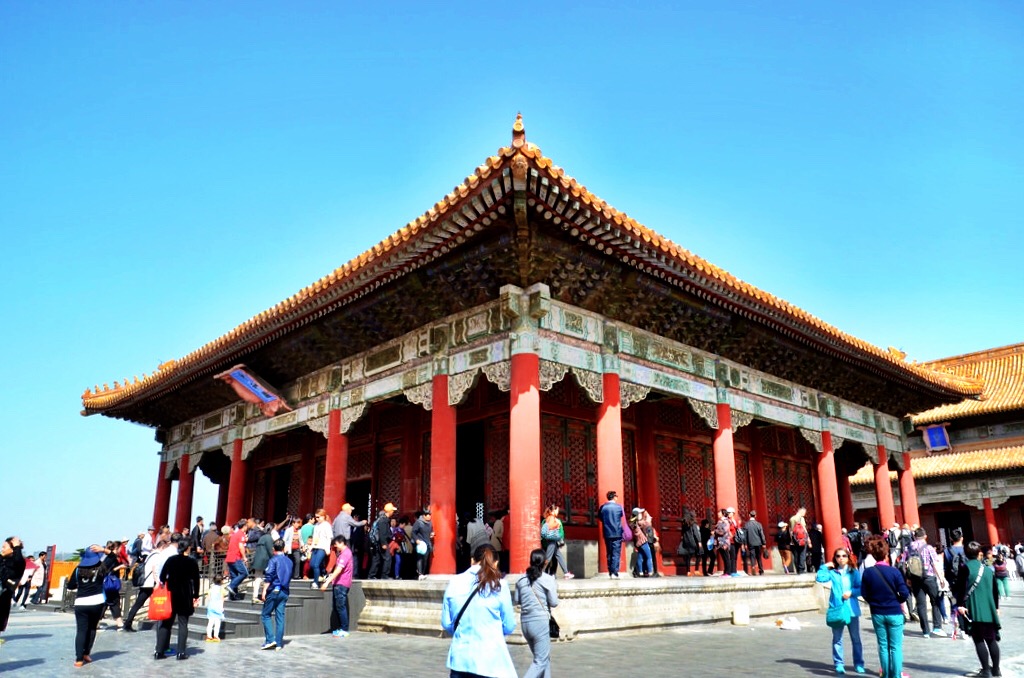 Now that a few weeks separate me from the experience in Beijing, I can look back at my day first day in the city and objectively say that I wouldn’t change anything. Time is everything when you travel; it’s a precious commodity and that was in short supply for me while in China. I’m confident that my tour and exploration of the city with Context was the best possible use of that limited time and provided an amazing first look to the city that I know I’ll remember for a very long time.