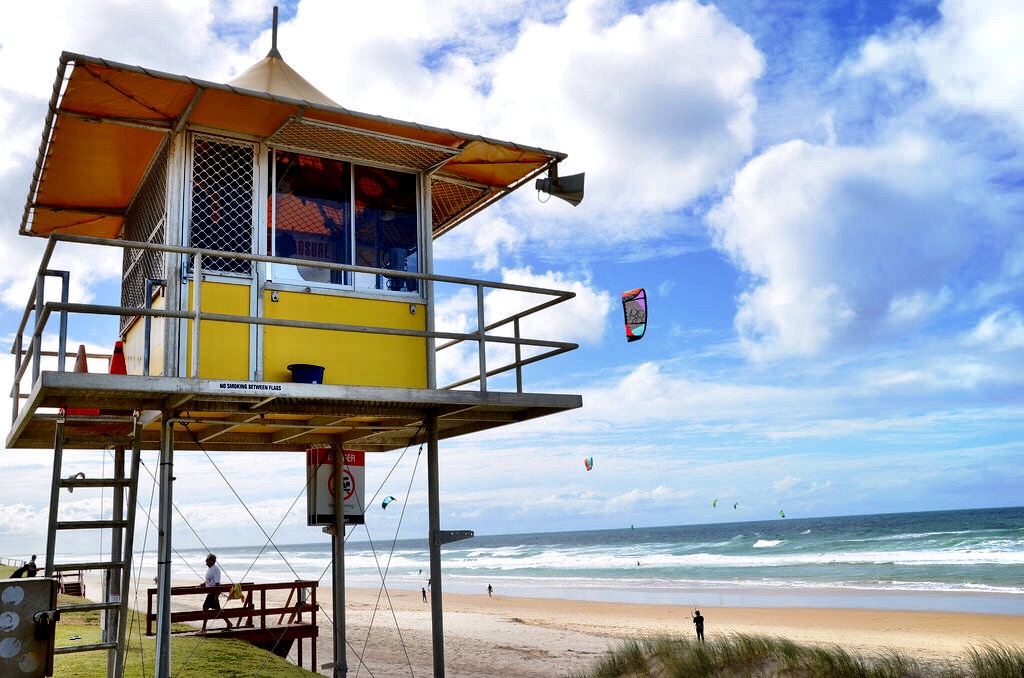 Let’s be straight, the Gold Coast along the Queensland coast gets a bad rap. Australians consider it an easy beach getaway and international travelers, well, sadly most international travelers barely consider it. Last year I had the opportunity to spend three weeks exploring Queensland, from the Tropical North to Brisbane and even a week along the Gold Coast. I found a bustling, and touristy, beach community no doubt there, but I also found a place where I enjoyed spending some time. For me, the Gold Coast was an important opportunity to rest, recharge, do a little exploration and enjoy being outside in the amazing Queensland sunshine. In my ongoing effort to convince the world that the Gold Coast, Australia is actually a wonderful place to spend some time, here are a few of my favorite moments spent luxuriating along the sunny beaches of Australia. 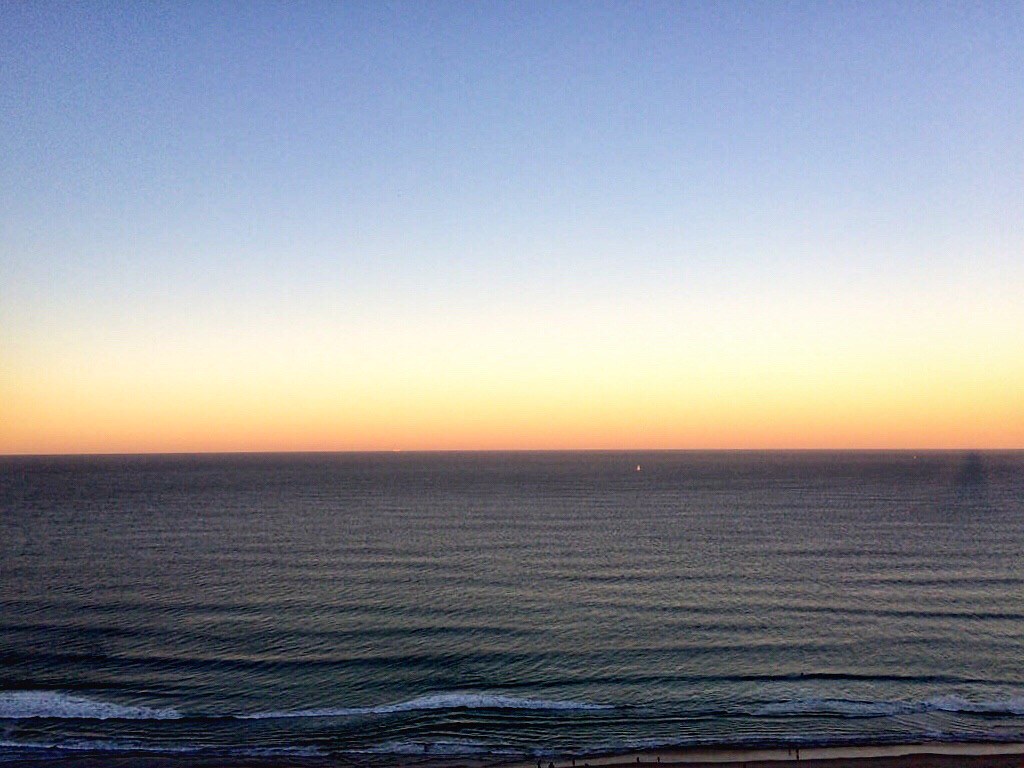 At first blush, the name Peppers doesn’t exactly elicit thoughts of high-end luxury, yet that’s exactly what I found when I checked into my apartment along the Gold Coast. Staying with them in Broadbeach, this property offers suites that feel more like home than a hotel. I was there for a week, and there was nothing better than having a mini-apartment all to myself complete with living room, kitchen and two-bedrooms, not to mention stunning views of the beach. It was also perfectly located next to shops and restaurants and of course the famous seaside itself. Space and the ability to relax are two important luxuries to me when I travel and in all honesty, within a couple of days I felt like I was at home and not in a hotel. I hated to leave their Broadbeach location, which is always a great sign that a hotel is doing almost everything right.

Located in the beachy community of Surfer’s Paradise along Queensland’s Gold Coast is an adventure experience many may not expect to find – Australia’s highest external building walk. The Q1 Tower was at one time the tallest residential building in the world and while it may have lost that title, it’s still the tallest building in Australia and the Southern Hemisphere and now anyone can climb to the top. The SkyPoint Climb experience takes adventurous climbers from the observation deck of the tower to a special platform at the very top of Q1. 298 stairs guide fearless souls up to the apex of the building, which is 270 meters above sea level. I’m not a huge fan of heights, but the views promised of the Gold Coast kept me going and I certainly wasn’t disappointed. One of the sunniest places in the world, the Gold Coast lived up to its name as I enjoyed a 360-degree view of the ocean, beach and communities that comprise this popular tourist destination. It was exhilarating and the sense of accomplishment was palpable by everyone, no matter their background or level of acrophobia. There’s a lot more to the Gold Coast than just bars and beaches, and this is one of those special adventure experiences everyone should add to their to-do list.

Of course adventure is never too far away in Queensland, and most people may be surprised at how accessible natural and adventure experiences are to the Gold Coast. The hinterlands and amazing parklands are an easy drive and there are many tour companies that offer full or half day adventures exploring the serene forests of the area. I joined a nighttime glowworm safari with Southern Cross 4WD Tours through the Tamborine National Park where I saw not only glowworms, but many other nocturnal Australian woodland creatures. It’s one thing to be out in the bush during the day, but at night the experience is even more special. Led by a naturalist who knew the woods like the back of his hand, an entire world opened up to me about which I knew nothing. Add in complimentary hot chocolate and dessert at a local restaurant, and it’s a great night out away from the sometimes hectic nightlife of the Gold Coast.

I’ve evolved over the years on the issue of zoos and aquariums and for the most part, I don’t like them. I know the counter-arguments, that the research they conduct actually helps preserve species, but I can’t help but feeling that it just doesn’t seem right. Sanctuaries and refuges are different, usually, and it’s their focus on aiding and protecting local wildlife that draws me to them time and time again, just as I was when I visited the Currumbin Wildlife Sanctuary along the Gold Coast of Australia. A heritage listed establishment, the Sanctuary has been helping animals and educating visitors for almost 70 years. Today it’s home to a wide variety of native Australian animal species as well as a hospital where they take in thousands of sick or injured animals every year. Yes, animals are in enclosures and thousands of visitors crowd around them each year. But it’s an establishment that has, since the very beginning, been all about protecting native wildlife and trying to find ways to integrate them into the human population explosion found around the state. It’s also a way for people to learn more about them, because once we see and even touch an unfamiliar animal, we can’t help but feel responsible for it. The Sanctuary has a lot of educational programming options for all ages and a personal favorite experience was to hang out with kangaroos for the afternoon, feeding and even petting them as they slept under leafy trees.

It’s rare for me to spend an entire week in one place and it was a luxury that I relished along the Gold Coast. I love the ability to slow down when I travel, take everything in and ultimately feel like a part of the community instead of an unwanted interloper. (Not to be confused with charming LandLoper) After just a day I fell into an easy routine of sleeping in, walking down the block to the local coffee shop for breakfast and watching the world walk by as I checked my email. Every day was beautiful, warm and sunny and everyone seemed happy, including myself. Travel for me can be very hectic, darting from one place to the next but the Gold Coast remains such a fond memory I think because my goal was to just enjoy being there. Waitresses and servers remembered my name, I learned the layout of the local grocery store and was even giving out limited directions to day-trippers. That ability to connect and feel at ease with what is fundamentally an alien community is rare but so much fun when it happens. 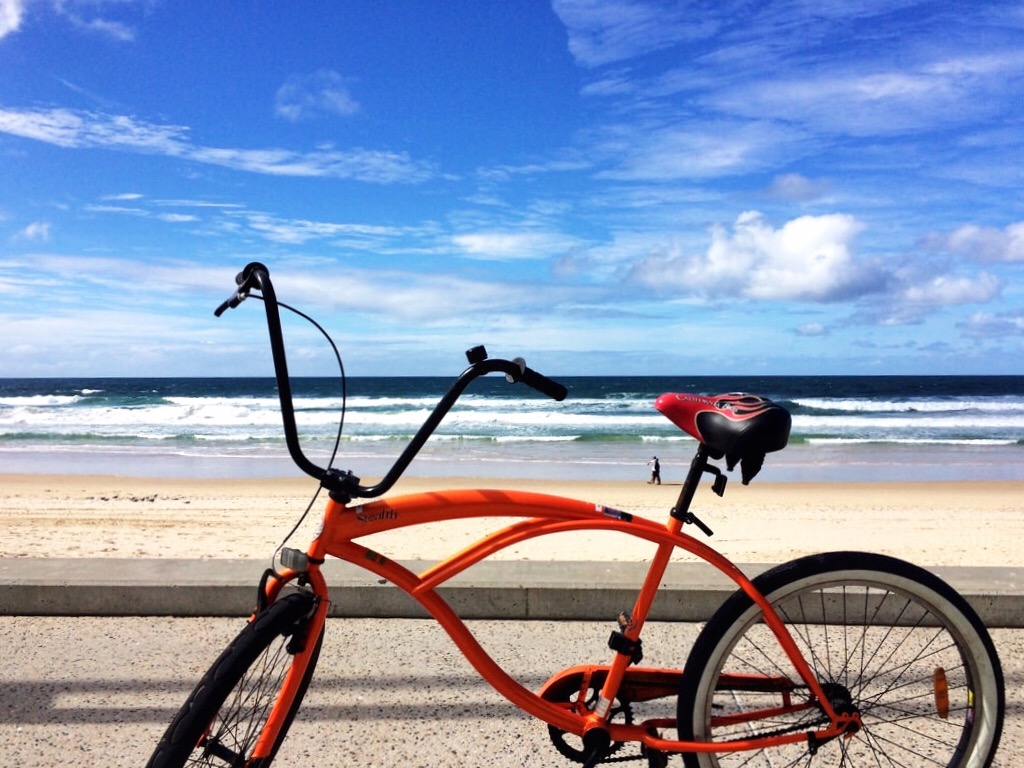 I would be remiss if I didn’t mention the #1 reason why most people travel to the Gold Coast in the first place – the beach. A seemingly endless array of communities line this gorgeous area of Queensland, offering everything from simple swimming to surfing, kite boarding or whatever you want to do really. One day I rented a bike from the hotel and biked miles along the boardwalks and roadways, exploring as much of the Gold Coast as my legs would handle. Communities blur into one another, but the sound of the ocean crashing on the warm sandy beaches was my constant friend, steering me along the right path. Towards the end of my stay I booked a yoga session, my first ever yoga session, with a local professional on the beach just a few steps from the hotel. I figured if you’re going to try yoga for the first time, there’s no better place than beachy brilliance as the backdrop. It was a different but no less enjoyable way to enjoy my natural surroundings, and helped me feel more connected than ever to the community.

There is no place in world that can make everyone happy. We all connect, or not, with places in a random, haphazard way. I can’t predict whether or not I’ll like a new place, but we all have to give these destinations at least a chance. We may be denying ourselves a new travel love affair otherwise. The Gold Coast, Australia may not be as dynamic as Melbourne or as beautifully remote as the Whitsundays, but it has a lot to offer and if you’re looking to balance out your time in Australia with some beach time, there are few better places in my humble (or not) opinion.