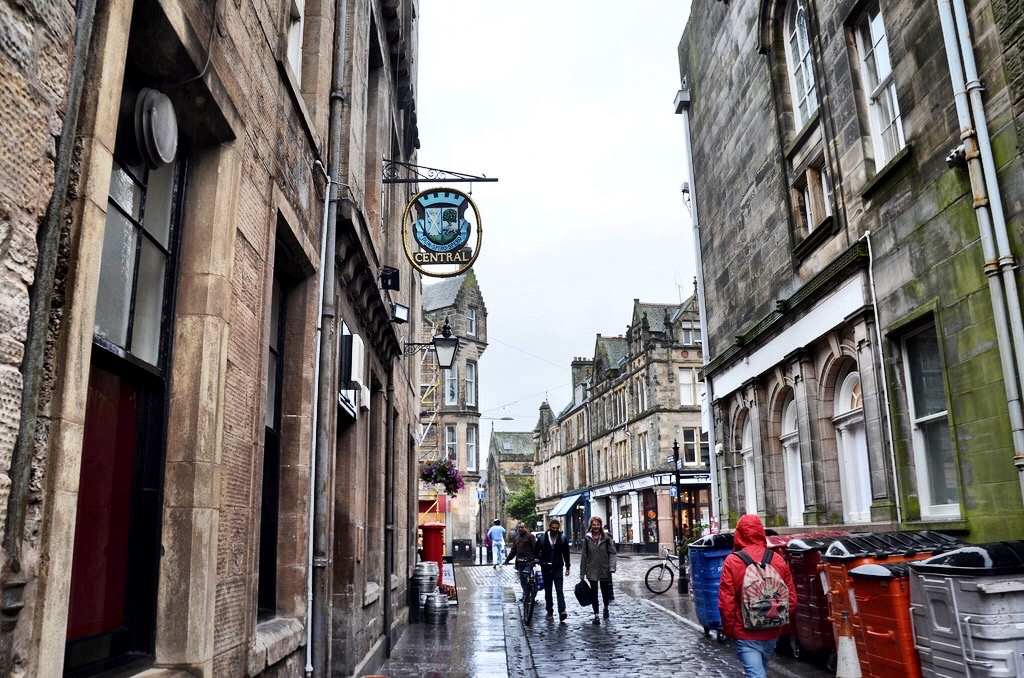 For a small country, Scotland is deceptively big. Or, better said, there’s just so much to see and do that you need either a lot of time or repeat visits to experience all it has to offer. Ultimately that’s the reason why I had never before visited famed St Andrews on the eastern coast of Scotland. Mecca for golf lovers and just a pleasant place to be for everyone else, I recently spent a day wandering around St Andrews and that brief introduction made me vow to return and return soon. But, if you’re only there for a day there are certain experiences you should make sure to include.

I was traveling in Scotland in cooperation with the GREAT Britain campaign and UK Trade & Investment to learn more about the history and culture of gin. Along the way I also saw a lot of the nearby attractions and this is the first in several posts meant to help those who want to experience great British gin but also see some of the amazing places these distilleries call home. 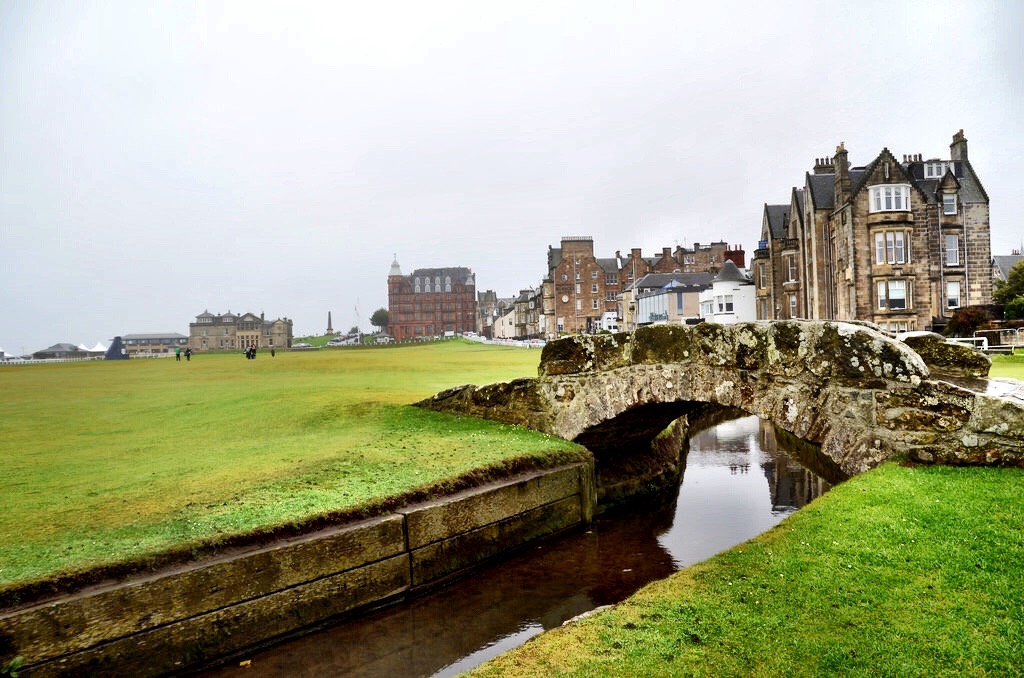 It’s impossible to talk about St Andrews and not mention golf. The Royal and Ancient Golf Club of St Andrews, otherwise known as the Home of Golf, was founded in 1754 and is the governing body for the sport. Golf of course started in Scotland, links courses developed along the gorse-strewn lands abutting the coast. Books have been written about the importance of the R&A and the history of golf, so I won’t regurgitate those factoids here, but I will say that for every golfer playing on the Old Course at St Andrews is a pilgrimage and even non-golfers like me make sure it’s the first place in town they visit.

It was what the Scottish call dreich, that is to say cold, rainy and generally miserable outside but I didn’t let the traditionally Scottish weather get me down. No, instead the weather was the perfect way to first see the legendary 17th and 18th holes of the Old Course, conditions that have plagued many a golfer during the Open Championships. And even in those conditions golfers were still teeing off – the Old Course never ceases play for rain. While many think of modern golf to be a somewhat elitist sport, that’s not how it started nor is it really the perception in Scotland. As famous as this course is, it’s still a public one and residents can play for a low annual fee. Whether you like golf or not, walking along the Old Course is an important experience for any visitor to do and as I quickly learned, there’s simply no getting away from golf in St Andrews, even if you want to.

Non-Golf Things to do in St Andrews

While golf is decidedly important in St Andrews, there is a lot more to this town including the reason why it became well known in the first place, the University of St Andrews. The third-oldest university in the English speaking world, this institution of higher education first opened its doors in 1410 and since then has educated some of the top minds of the ages, including some very famous ones. Don’t forget that this is where the current Duke of Cambridge met his future wife; William and Kate had their first date here while attending St Andrews and it’s a legacy the town is still very proud of. Other than its royal connections, the university itself is gorgeous; with those old ivy covered stone buildings you expect to see and a small community that is buzzing with student life. I love wandering around college towns, there’s a certain excitement that other towns lack, and I felt that undercurrent of energy as I wandered somewhat aimlessly in the rain through town. 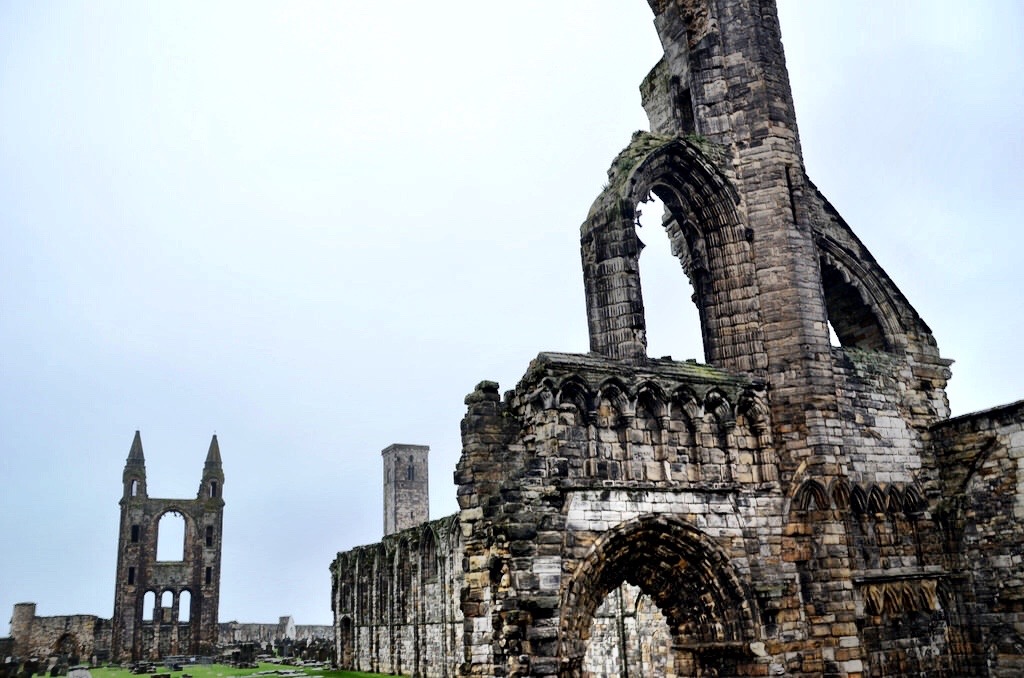 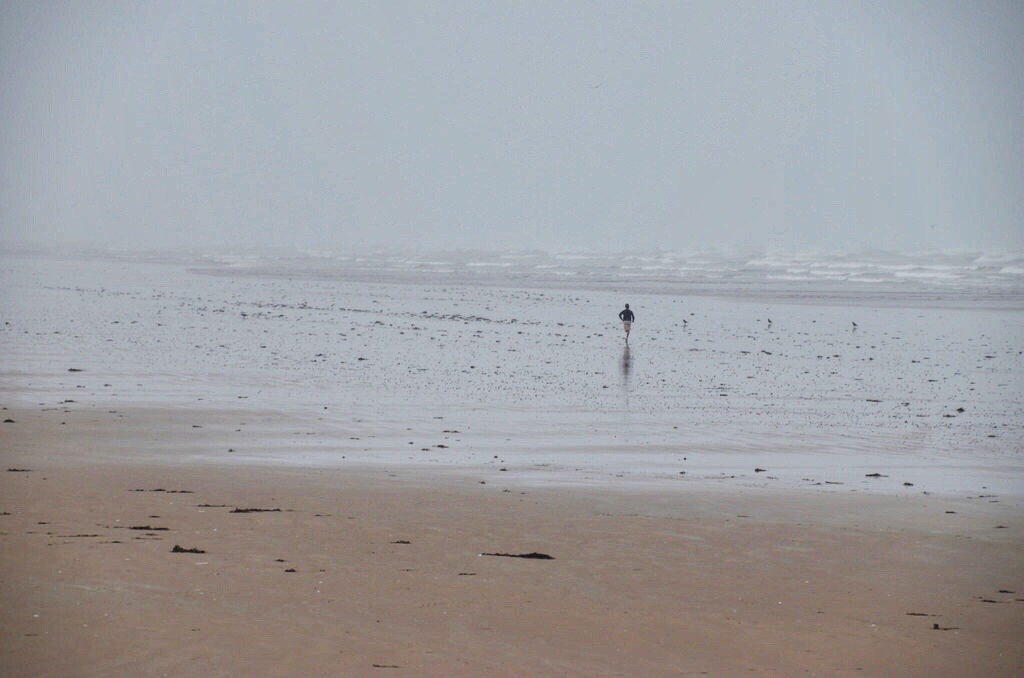 At the end of town is another sight that’s hard to miss, the old cathedral. Although it’s not much more than a ruin today, this massive church built in the 12th century was at one time the center of religious life in Scotland. After the Reformation though, this Roman Catholic institution was abandoned, a shell of itself available for tourists to wander through today. Situated along the sometimes stormy and always unpredictable coast of Scotland, be sure to spend some time walking along the waterfront trails, admiring the beauty of this rugged terrain. If you’re a movie buff you’ll recognize a certain beach made famous in the movie Chariots of Fire, the location for that famous running scene. 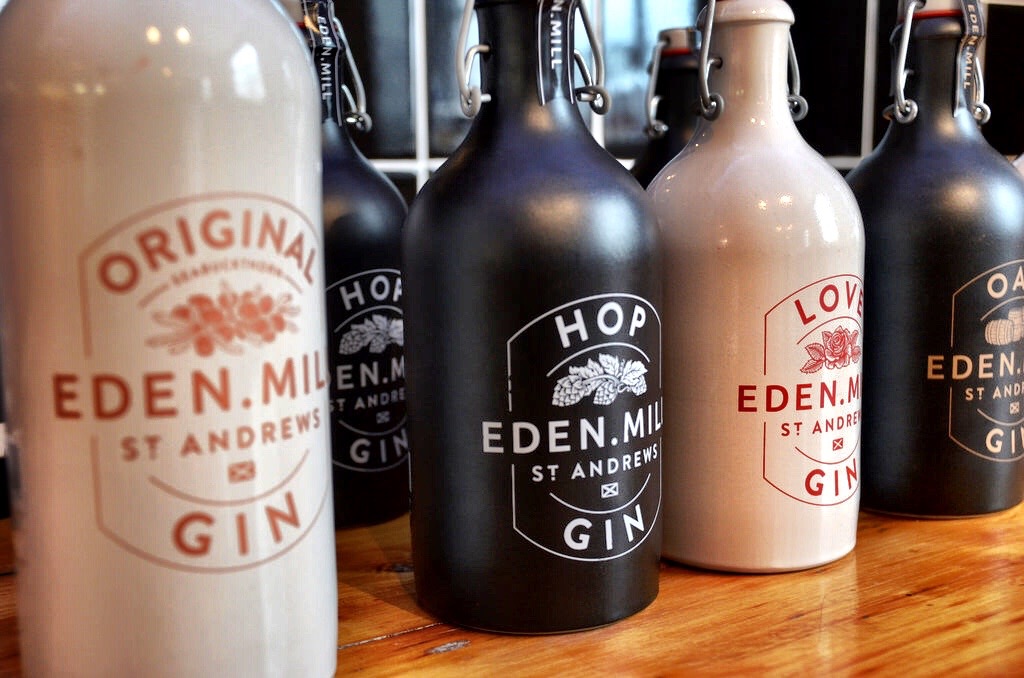 I wasn’t in St Andrews only to watch golfers tee off and walk through old ruins though, I was there to visit one of the most interesting distillers in Scotland – Eden Mill. Calling an old paper mill their home, Eden Mill has a lot on its plate. They brew an incredibly successful line of craft beers and more recently have started aging whiskeys and producing a range of gins for just about every taste.

Chatting with the folks who work there, it was immediately obvious that they want their products to be as accessible to as many people as possible, developing wide ranges of beverages suited to an equally wide range of tastes. They also offer tours and tastings every day at their distillery/brewery, giving folks a chance to see how these small batch products are made and then taste some of the delicious results. In particular, their gin tasting is worth doing, especially if you’re not very familiar with this spirit. The staff at Eden Mill do an expert job at leading gin newbies through their process of making the gins and then educating them as to how to taste and evaluate them. The gins themselves are also unique and subtler than some other distilleries, which means it’s a great introductory gin for those who don’t normally consume it as a drink.

I enjoyed visiting Eden Mill for many reasons, but mainly for their creative spirit. They’re a young company and through dogged determination have quickly become a leader in their industry. That comes from hard work but also a type of brash creativity that’s rare to find and great to see. A great example of this entrepreneurial spirit is a special gin they produced this year in honor of the Open Championship at St Andrews. Their Golf Gin is distilled using a variety of botanicals, including what may be one of the most unique in the world – old hickory golf clubs. Using shavings from hickory golf clubs, they added this subtle essence in the distilling process to add unique notes to their gin but, more importantly, to link their product back to the local community of which they are a big part. Visiting Eden Mill should be a must-do activity for any visitor to St Andrews, whether it’s the beer, whisky or gin you favor, it’s just a really fun afternoon out. 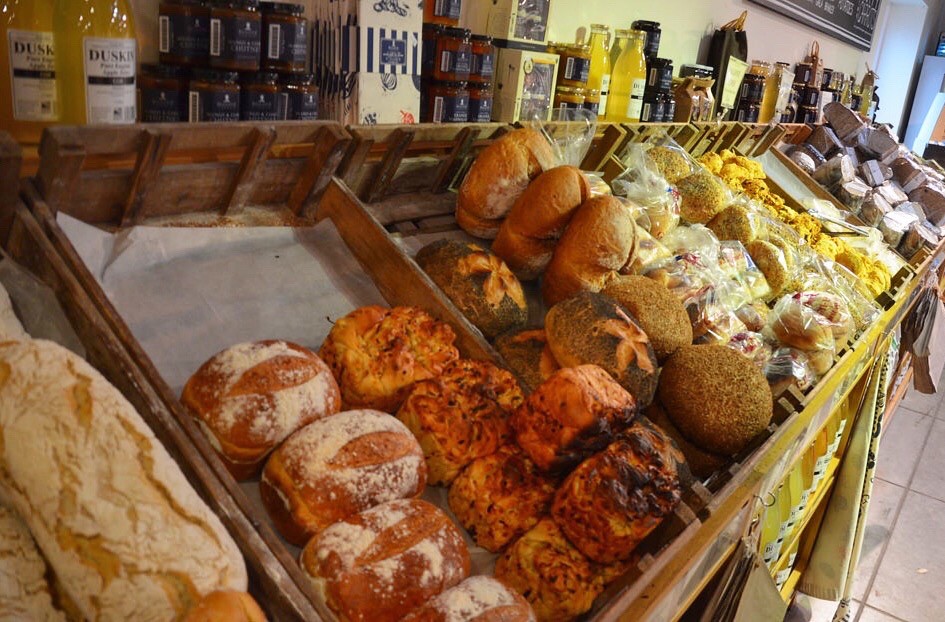 Finding the Balgove Larder was one of the great foodie finds of my trip – one of those great travel surprises that just randomly happen. Located about a five-minute drive from the center of town, the Larder is the place for you if you enjoy sampling true local specialties. The Larder has become a hub for top notch, locally produced produce, meats and foods. In the shop you can peruse any number of items from fresh vegetables to scones that are naturally made the same day. They also feature some artisanal Scottish specialties, like my favorite – the Scottish fudge known as butter tablet.

I was there for lunch though, and their cafe was the perfect solution to my growing appetite. Following the ethos of the shop, all of the menu items are freshly prepared using some of the best ingredients from the surrounding region. It’s a fun, exciting and delicious concept and my only regret is that I couldn’t try more things from the menu. I’ll have to return through, because they also have another food option, the Steak Barn. Open on the weekends, this casual barn setting offers the Larder’s own steaks, burgers and sausages all made in their butchery on-site and cooked to order in their massive wood fired BBQ.

No matter what you decide to do, just make sure that time in St Andrews is on your Scotland travel itinerary.

Have you been to St Andrews? What was your favorite experience?