I never shy away from trying a new airline and while my flight with Royal Jordanian Airlines wasn’t my first time with Jordan’s national carrier, it was my first opportunity to experience their Crown Class.

I just have to add the caveat that from North America, Royal Jordanian (RJ) flies an Airbus 340-200. It’s an older aircraft and so some of the photos and descriptions of in-flight services will most likely differ depending on from where you are flying.

As I thought about my flight with RJ I began to fully appreciate the importance of great flight attendants. Of course they are principally there for our safety, but they are also the public face of any airline. Their moods and demeanor during a flight will many times dictate whether or not we enjoy our flying experience, such was the case for my flight with Royal Jordanian.

Above almost anything else, I was honestly very impressed with the service onboard both of my RJ flights. From the moment I stepped onboard to when I said goodbye and the 12 hours that lapsed in between, their attitudes transformed what might have been an otherwise humdrum flying experience into a pleasurable flight.

Remember I mentioned that older aircraft? Well, because of the age the business class, or Crown Class as RJ calls it, cabins are a little dated. The colors are monochromatic and reminded me of a military transport plane instead of a luxurious traveling experience. The always-positive attitude of the flight attendants is what changed that first impression. Attentive and kind, it was their high levels of service that made flying in Crown Class such a relaxing experience. 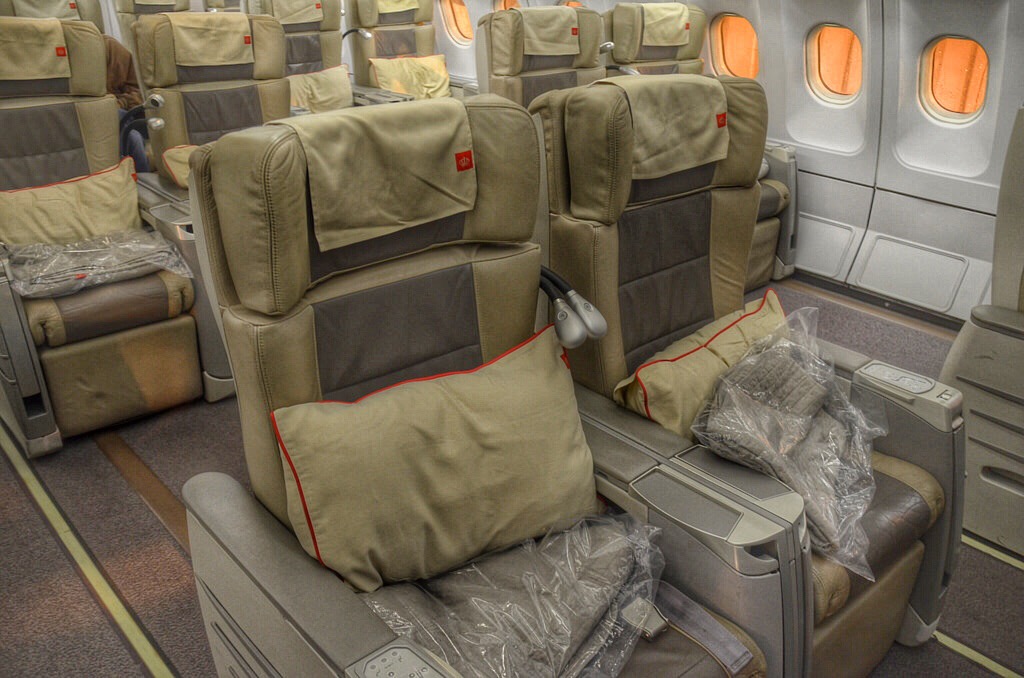 Naturally, the most important aspect of flying in business class is the seat itself and I was also impressed with the quality of the RJ product. Sure, they looked a little institutional, but looks aren’t everything. Fully lie-flat with a multitude of comfort options, the airline has done a great job of designing an extremely relaxing space that is well suited to the long haul flights they are asked to serve.

I’m always wary of the more traditional business class section configurations, preferring a staggered setup, but RJ understands the limitations of such an arrangement and makes up for it with the comfort of the seat itself. If I had to list a complaint, it would be maintenance. Several folks around me had issues either with the reclining options, dinner trays or in-flight entertainment units. Luckily the section wasn’t full and they moved, but that is frankly a major issue on such a long flight. 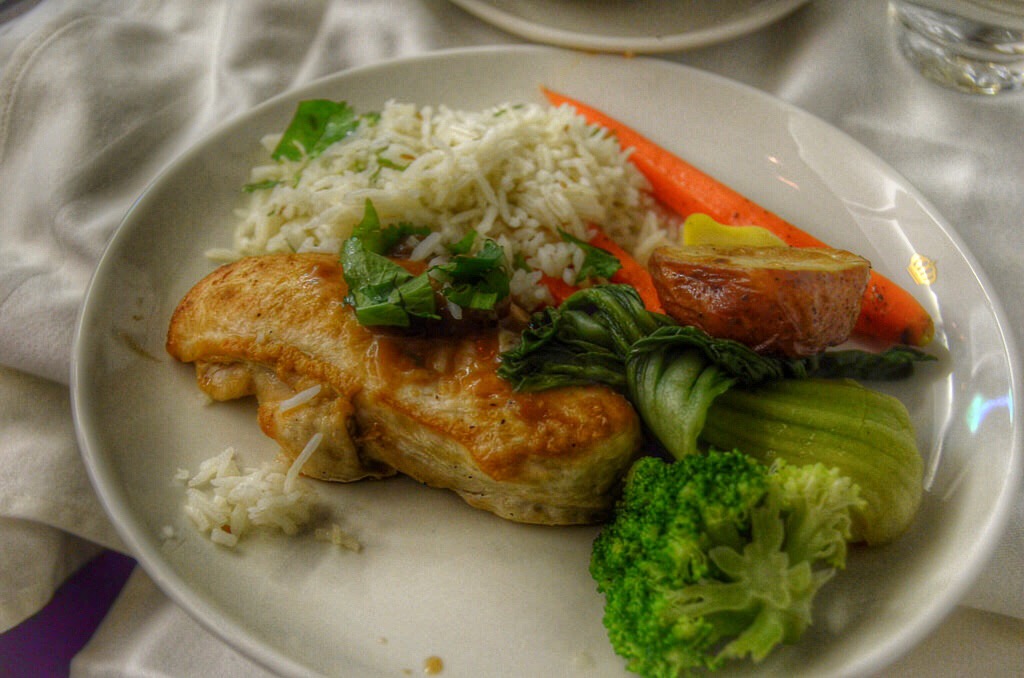 We got off on a rocky start when it came to food, to be honest. I don’t eat fish or seafood and on both of my flights that was the only appetizer option. But that was quickly assuaged by the amazing meals RJ serves its guests. A cart festooned with a banquet of options is presented and guests choose their mains and sides, in whatever proportions or combinations they want. It is anything but standard and you feel like a luxury traveler should when allowed to eat in a way that is dignified and of your own choosing.

If anything, there was too much food – but that’s a good problem to have. On a twelve-hour flight two full meals were prepared, but no snacks were presented in the galleys on the way to Amman as on some other airlines. On the way back home though there was a selection of drinks and snacks, a nice balance of healthy and comfort foods.

From boarding to disembarking, my first time flying in Crown Class with Royal Jordanian Airlines was an overwhelming success. Courteous service, great food and a comfortable environment made the hours fly by and allowed my to arrive well rested and in a reasonably good mood. When it comes down to it, that’s all any of us really want which is why I was so very happy with my experience.

Have you flown Crown Class with Royal Jordanian? What did you think?