My knowledge of Western Australia was admittedly weak before my plane first touched down in Perth. I knew it was huge; about three times the size of Texas. I knew it was beautiful and featured everything from lush wine growing regions to massive deserts. I also knew it was divided into different regions, including the dusty Goldfields region. Named after the many mines that started with the gold rush of the 19th century and continue to today, I didn’t think my time spent there would be all that memorable. As usual though, I was quickly proven wrong and looking back at my experiences in the massive area, there were a few spectacular moments that made my trip through the Goldfields especially memorable.

Super Pit – At first one of the largest open pit mine in the world might not sound like the ideal tourist site, and I’d agree with that. Even in spite of my own ecological concerns regarding the mining practice, as soon as I saw the Super Pit in person I was taken aback by its improbable beauty. Located in Kalgoorlie, the pit originally started as multiple pits that date back to the gold rush era, that were then combined into the massive pit. The pit produces a staggering 28 tons of gold every year and is currently 3.5 kilometers long, 1.5 kilometers wide, 570 meters deep and growing. I was prepared to hate it in all honesty, but stepping into the viewing area the colors of the pit and the sun gleaming off of it were amazing. It was like a large canyon, the ribbons of color mesmerizing in their own right. I walked away not only understanding a little bit more about the mining industry that day, but with an appreciation of the beauty of the Super Pit, regardless of my own opinions about the practice.

Flat Tire – My guide and I were driving through the middle of nowhere, en route to the small town of Menzies and then on to the more well known Lake Ballard. She wanted to first show me some ghost towns, and as we were circling the former town of Siberia, we realized that the worst had happened. We had a flat tire, in Siberia. There was no cell reception and no other choice, so we started the arduous process of changing the tire. I say arduous because neither of us really knew how to change a tire exactly. With the owner’s manual in hand, we awkwardly went through the process of finding the spare, taking off the flat tire and jacking the truck. It was only then that we realized the jack included with the 4×4 wasn’t high enough to allow us to actually change the tire. Without a lot of options left to us, I was honestly starting to get worried when the improbable happened. A truck approached, a rarity in the barren Outback. Out hopped a typically affable Aussie who asked if we needed any help. Turns out he works for the local government and was out checking the road conditions. Within minutes he had solved our tire issues and had us on our way again, leaving me with a great story of being stuck in the middle of Siberia with a flat tire. 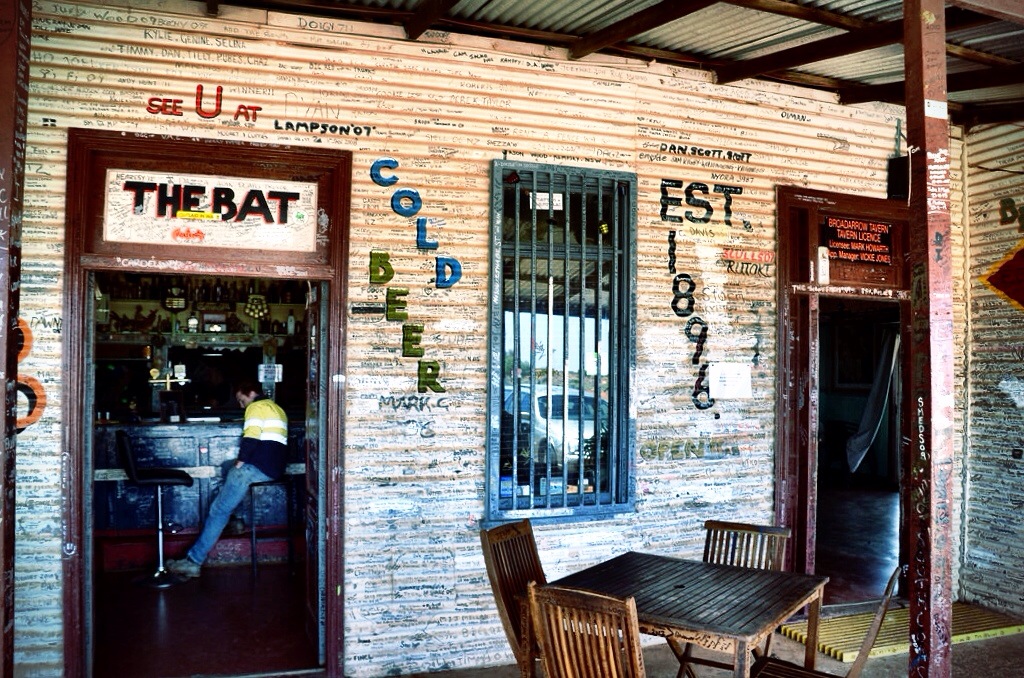 Broad Arrow Tavern – The sole survivor of a long since evacuated gold rush town, this lonely tavern located about 40 miles from Kalgoorlie has been serving customers since 1896. The quintessential Aussie outback pub, the Broad Arrow isn’t famous just for existing, but for the thousands of notes left behind by customers covering every wall inside and out of the tavern. I stopped for lunch before catching a flight back to Perth, and was surprised to find a place that wasn’t just there for tourists, but one that really did have regulars. While chowing down on a massive cheeseburger, miners in their iconic high-visibility garb came and left, grabbing everything from a cold beer to a hearty sandwich. The fact that the tavern exists in 2014 is nothing short of miraculous, especially since I drove by many other ghost towns long left to the desert. 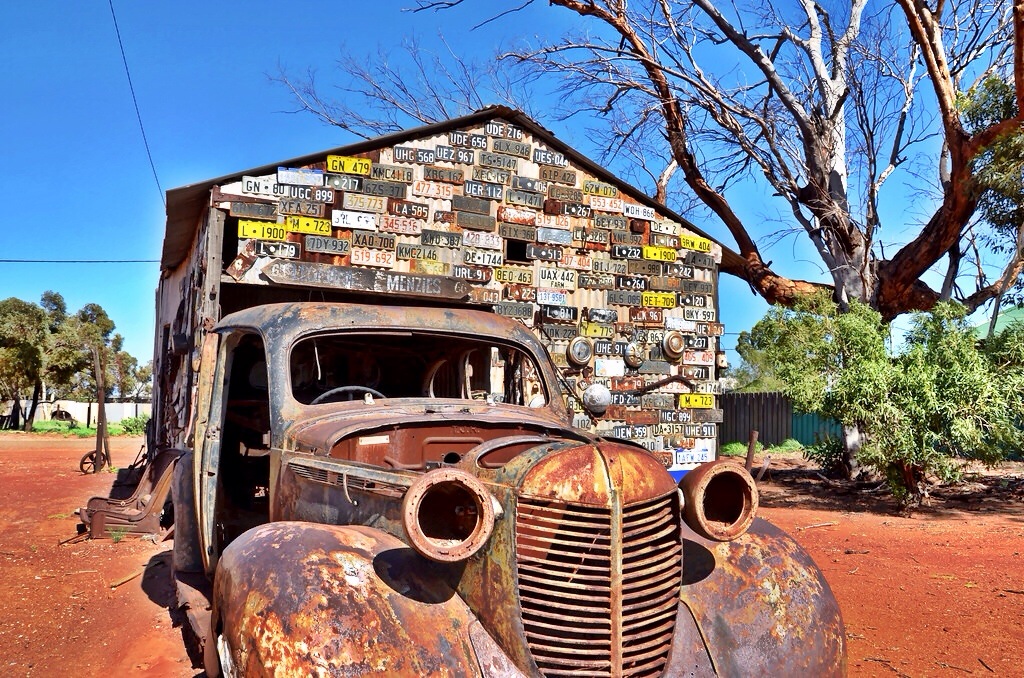 Ghost Towns – Speaking of ghost towns, witnessing a variety of them throughout the Goldfields region was oddly enjoyable. This part of Western Australia was overrun by prospectors when gold was first found, and similar to other parts of the world small mining towns popped up literally overnight. As soon as the gold in specific mines was depleted though, the towns vanished just as fast as they appeared; many times residents leaving everything behind. Now a tourist driving route, you can spend days tracing the echoes of the past, random buildings that possess a fascinating history.

Western Australia surprised me in a lot of ways, and the Goldfields region especially. I thought I’d find a boring wasteland, but was instead met with a fascinating and even dynamic region.