I didn’t know anything about Aqaba before we pulled into the resort town a little before noon. I’d heard of it before, but probably could not have placed it on a map and definitely couldn’t have told you that it was in Jordan. Yet there I was, staying at a hotel with beach access to the Red Sea wondering what was next.

Looking at a map (on which I can now the town, thank you very much) Aqaba is located at the extreme southwest corner of Jordan, and is the only seaport in the country. Jordan only has about 27 kilometers of coastline, most of which were the result of a boundary realignment with Saudi Arabia in the 1960s. In exchange for greatly expanded desert territory for Saudi, the Jordanians got 18 kilometers additional coastline. Actually a pretty good deal.

Aqaba is a hugely popular resort town for everyone: Jordanians, Middle Eastern tourists and wanderers from around the world. It’s a duty free city, which attracts Jordanians from around the country who shop for everything from everyday spices to sneakers. For everyone though, in spite of the shopping deals, the real draw is of course the Red Sea.

Like Aqaba, I really hadn’t spent a lot of time thinking about the Red Sea in advance of my trip. I knew the Egyptian side was hugely popular and that the entire area was famous for its snorkeling and diving, but that’s about it.

I’ve written about the snorkeling I was lucky enough to try during my visit, but that’s just a tiny reason of why I loved my time in Aqaba. The city was different from any other city in Jordan I visited. There was a unique commingling of the very modern and very traditional, as in Amman, but with a beach town flair. It was the Jordanian version of Ocean City and I loved it. 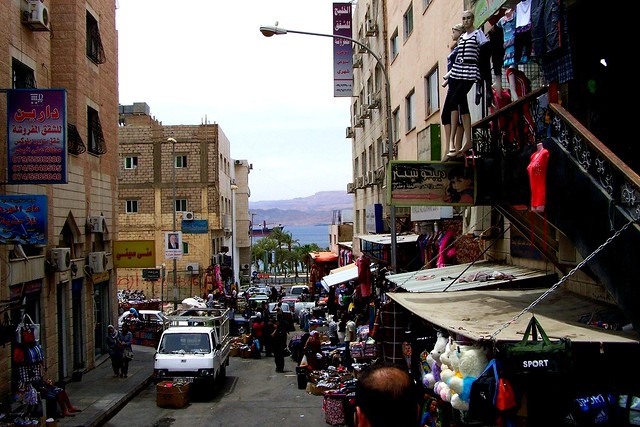 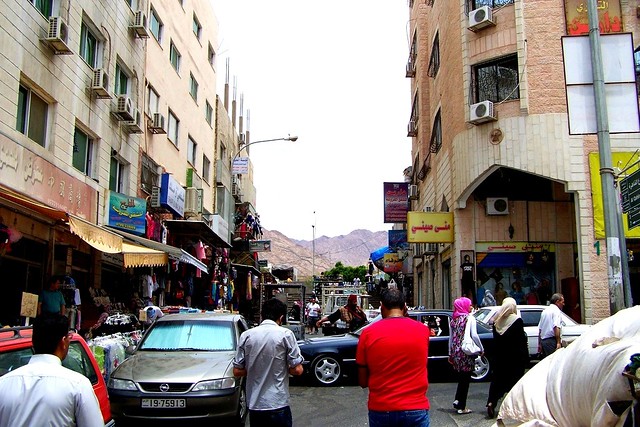 We were aimless, just following the frenzied flow of people as they ran their errands. Cars navigating impossibly narrow streets, hawkers selling everything right off the boat and food, lots and lots of food. Roasted nuts seemed to be the most popular, the smells of the foreign treats tempting me to stop by for a closer look.

After sunset, the pace of the city didn’t slow, but it was an entirely different energy. Instead of shoppers and families, there were packs of twenty-something guys, cruising around looking for anything to do. Smoke from countless shisha cafes replaced the nutty aromas of the afternoon. 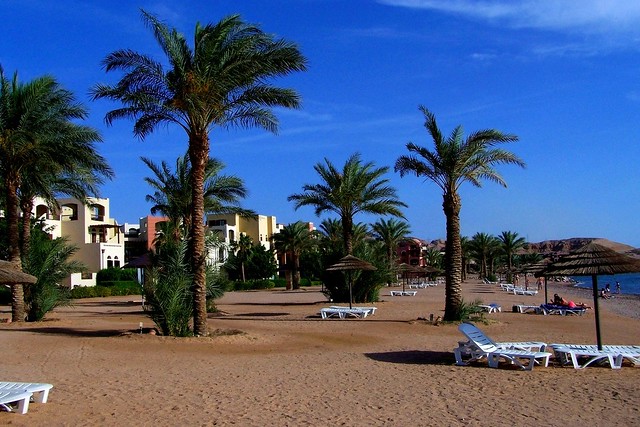 We sat down for a true feast, a giant mansaf, a traditional Jordanian meal that was as hearty as it looked. Later that night I wandered down to the beach behind my hotel and just sat listening to the sound of the waves lapping up on shore. In the distance revelers were dancing the night away and diners were enjoying a romantic meal. For me though, that moment defined Aqaba. It’s more than the flashing lights, endless shops and shisha cafes. It’s about the feeling that only the best beach towns provide, one of total and utter contentment.