Frankfurt is a modern, busy city known best as the banking capital of Europe. There’s much more to this city though, and it’s not the boring town so many characterize it as. The Innenstadt, although destroyed in World War II, is a gorgeous testimony to Germany of old, in both its unique architecture and history. History is important in Frankfurt and many tourists probably walk by the unassuming Paulskirche (St. Pauls Church) without realizing its pivotal role in the creation of modern Germany.

Construction of the oval-shaped church began in 1789, with final completion coming much later in 1833. It was a Protestant church, but in the 1840s it took on an entirely new role – parliament.

During the German revolutions of 1848, the Paulskirche was home to the Frankfurt Parliament, principally because its oval shape was perfect for large gatherings. While you may not have heard of it, the Frankfurt Parliament was the first publicly and freely elected body of Germany. Just as important, it was also at St. Paul’s where preparations for the first National Assembly took place, which developed the first constitution for a united Germany. 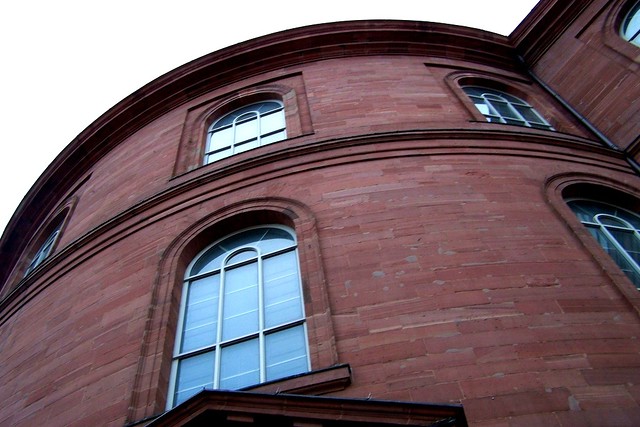 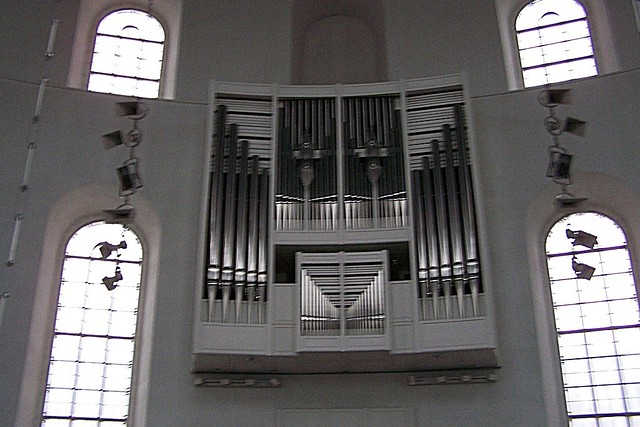 Even though these efforts were eventually for naught, it was an important first step in Germany democracy and is still a national symbol of freedom. Because of this, the Paulskirche was amongst the first buildings reconstructed after World War II, albeit in slightly different form from the pre-war version.

Today it’s no longer an active church, but instead is used for a variety of community events. A popular installation in the Paulskirche is the large mural, “The Path of the Representatives to St. Paul’s Church.” The mural was slightly controversial at its unveiling in 1991, but has become an important part of visiting the church.

Paulskirche is located in the heart of old Frankfurt in Paulsplatz, across the street from the Römer.