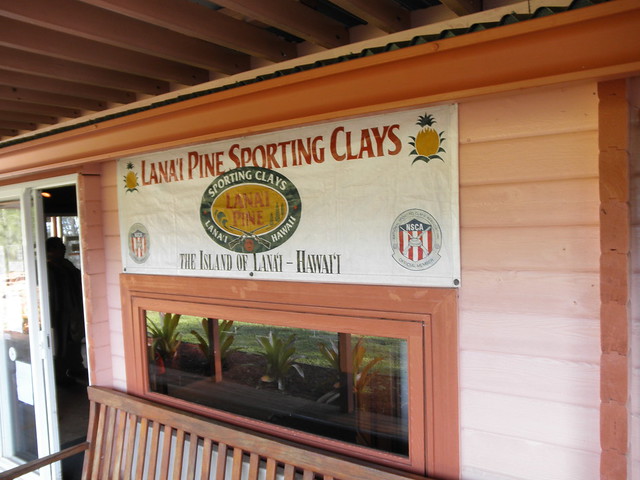 I’m not a big gun person. I don’t have a problem with people owning them, well in concept, but I just don’t have a lot of experience around them. When I was younger my grandfather and I used to shoot down empty Maxwell coffee cans he had assembled on top of the clothes line with a 1950s BB gun. The smell of stale coffee and gunpowder still makes me tear up. I loved that time with my grandfather, but it didn’t instill a great love of the shooting sports. Those great memories with my grandfather though were rekindled when I encountered sporting clays on Lanai.

Lanai gets a bad wrap as the smallest and least well known of the mighty Hawaiian Islands. It is usually seen as a place of relaxation and detachment, which it is, but it can also be a great destination for the more active traveler. I love the concept of lounging by the pool, enjoying a few Evian spritzes and doing nothing. In practice though I’m a miserable failure. After twenty minutes of relaxing, I get bored and immediately want to find something to do. That’s why Lanai was a much more active trip for us than it is for most other people.

Lanai may be small, but there’s a remarkable variation in ecosystems on the tiny, 13 mile wide island. In the highlands, home to the Four Seasons Lodge at Koele, there are dense forests, cooler temperatures and a decidedly pastoral ambience. It’s also in this area where you can experiment with clay shooting at Lanai Pine Sporting Clays. 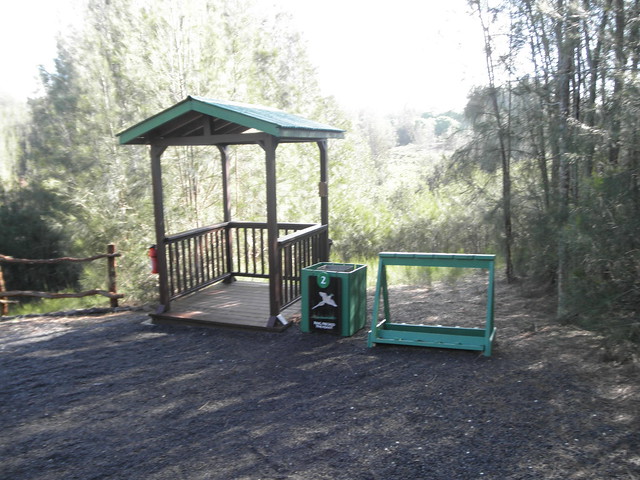 I was a little nervous at first. The shooting facility is set up in the oddly deciduous forest, just a ten minute drive from Koele, and all the employees looked like they really belonged there. I knew I looked like a naïve mainlander who had no clue what I was doing, but felt reassured that all of their guests probably are naïve mainlanders who don’t know what they’re doing.

My guide and I loaded up guns, ammo and took off for the clay course in a golf cart. I received a lot of instruction and the strong emphasis on safety was nice to see. I soon learned that the clay course was a series of stations with the targets set up to mimic particular animal characteristics. The duck target flew up in a ducky way and the rabbit clays skidded across the ground like a nervous bunny.

All of those hours of instruction with my grandfather came flooding back and I immediately felt comfortable with the large gun braced against my shoulder. I braced myself, told my guide “Pull!” and out flew the first target. Before I knew it the gun shot off its volley, the clay burst into a cloud of dust and I was the recipient of high praise from my shooting guide.

We drove from station to station, sometimes I missed the targets, but more often than not I at least nicked them. Like any great activity, it was over before I wanted it to be and I left the shooting center exhilarated and proud.

Lanai is the perfect place to try shooting sporting clays for the first time, there’s no pressure and the great advantage of being on an island whose sole focus is tourism is that no one care if you don’t know what you’re doing. For me, it was great to relive some tender moments spent with my grandfather in the least likely of places.