We picked up the Jeep rental early in the morning, stopped by the Blue Ginger Café for breakfast and a picnic lunch, and set out with map in hand to explore the island of Lana’i.

Lana’i has a great shuttle system, but it can be fairly limited. Hotel-town-other hotel-repeat. In order to really get out and explore, renting an off road vehicle is a requirement. We drove up the road to the Lodge at Koele, turned left and proceeded along past the stables and onto a dirt path leading through a forest.

The route was bumpy, but the views of the Lana’i highland and axis deer leaping through the fields alleviated some of the annoyance at the dirt roads. The first stop on our driving tour was the Garden of the Gods, a bizarre landscape more befitting of Mars than a tropical island. 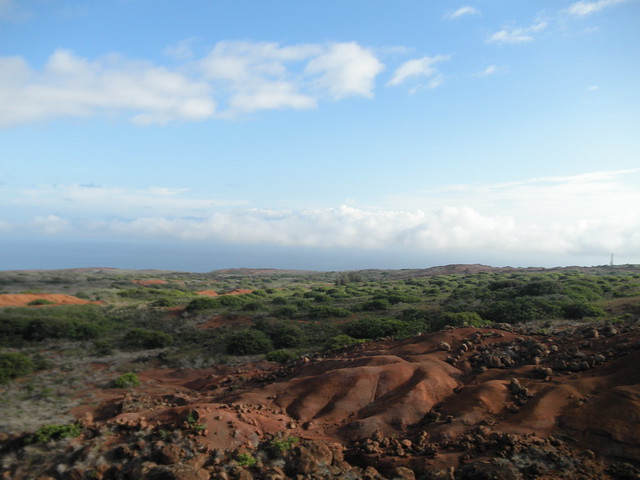 According to legend, this bizarre grouping of boulders and red earth is the result of a competition between two priests, one on Lana’i and the other on the nearby island of Molokai. The contest was to see who could keep a fire burning longer, the winner’s island would be rewarded with great abundance. The Lana’i priest used all the vegetation available for his fire, hence the Martian appearance. Not the best origin story, but it certainly helps explain the otherworldly appearance of the Garden of the Gods.

We stopped and took our time breathing in the stunning landscape, squinting to see the faint outline of Molokai in the distance. The resplendent beauty of the Garden of the Gods was the last thing I expected to find in Hawaii, but further proved to me why it is such a remarkable place. 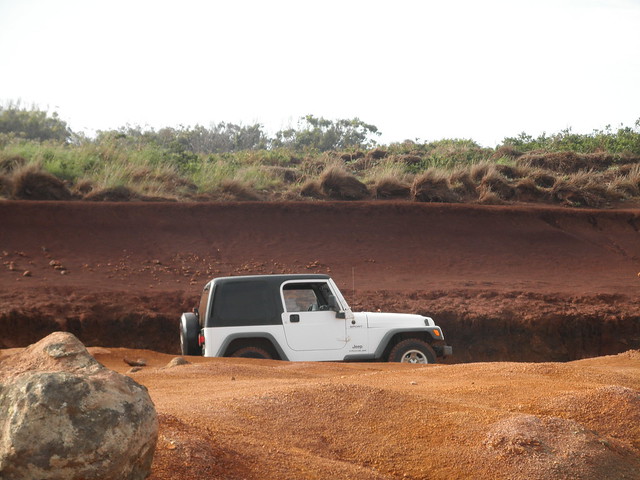 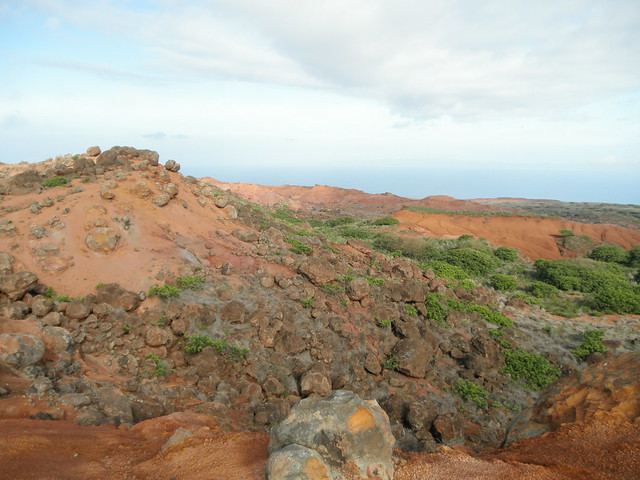 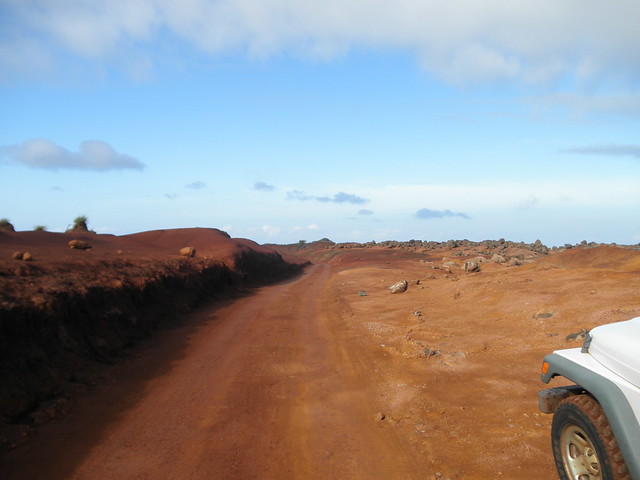 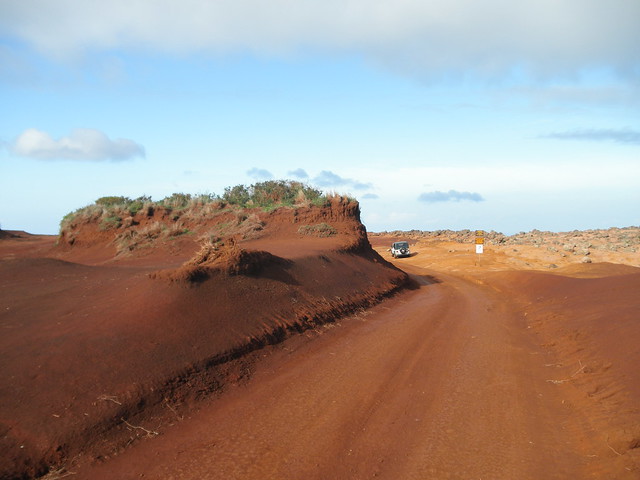 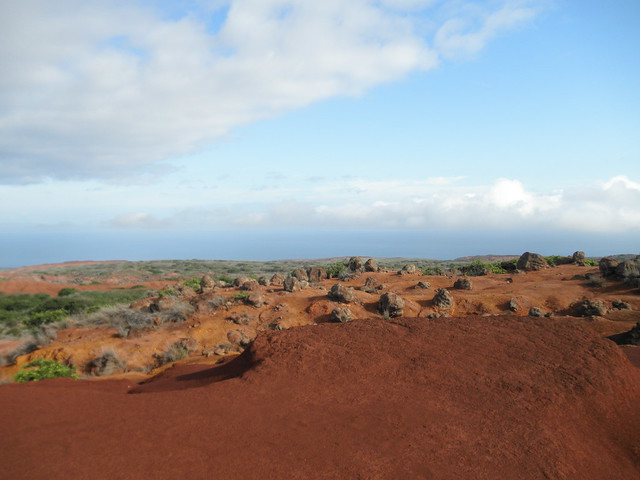