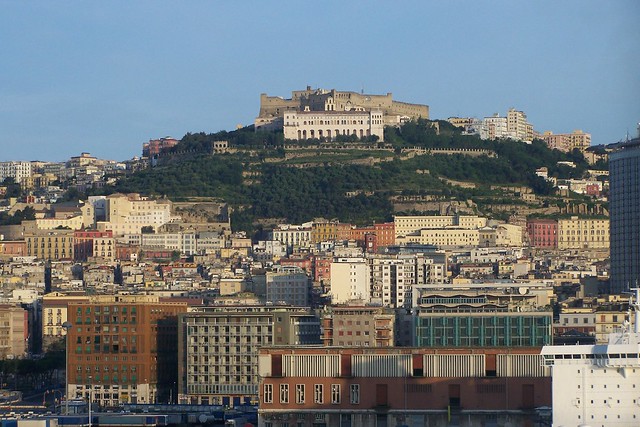 Many countries have a dish or meal for which they are famous.  Foodies may scoff at the following list, but the fact remains that these foods are well known for a reason. Don’t let others tell you what you should and should not enjoy. Traveling is about the experiences, and these foods will definitely make those experiences all the more enjoyable.

Originally pizza was used by bakers as a way to test oven temperature and was solely a food for the poor. Early pizza mostly consisted of white sauce; it wasn’t until the 17th and 18th centuries that a greater diversity of toppings started to appear. The turning point for this staple came in 1889 when the Pizza Margherita was invented to honor the Queen consort of Italy, Margherita of Savoy. The Margherita was garnished with tomatoes, mozzarella cheese, and basil, to represent the colors of the Italian flag.

Today you can find it throughout Italy, although it is truly at its best in Rome and particularly Naples. The Neopolitans take their pizza very seriously. In 1984, the Associazione Verace Pizza Napoletana or True Neapolitan Pizza Association was created to regulate and recognize true Neapolitan pizza.

For a taste of the real thing, head to Lombardi A Santa Chiara in Naples.

Wienerschnitzel or Viennese Schnitzel is a thin slice of veal fried in oil accompanied by spaetzle, roasted potatoes or fries. While there is some debate as to whether or not the dish originally got its start in Milan or Vienna, the fact remains that the former Hapsburg capital has claimed it as its own.

Undoubtedly, the best schnitzel in Vienna can be found at Zum FiglMuller, which boasts the largest schnitzels in the city.

If the United Kingdom has a national dish, it has to be fish and chips. Following the rule that the best food is sometimes the most simple, fish and chips began as a cheap meal for the working class. The first fish and chips shop opened in the 19th century, even though this British staple had been popular long before.

Although great fish and chips can be found throughout England, Scotland and Wales, my favorite is at The Golden Hind in London.

Ok, so this isn’t a food, per se, but I had to include this eponymous potent potable. First, let me begin with the where. There is truly only one place to properly enjoy the Sling – the Long Bar at the Raffles Hotel Singapore.

Developed around 1915 by a Raffles bartender, the original recipe calls for gin, cherry heering, Benedictine, and fresh pineapple juice. Although the recipe has changed over the years, the atmosphere has not.

A trip to Raffles is a must for any traveler in Singapore. It is cliche, but you really do step back in time as soon as you enter the property. The buildings are gorgeous and every detail is British Colonial design at its finest. The Long Bar is no exception, with dozens of palm fans and dark wood furniture. You expect to see a British officer replete with pith helmet at any moment.

Ordering the Singapore Sling at the Long Bar is about much more than the concoction itself. It’s about sitting in 19th Singapore at its finest, eating some peanuts, sipping your incredibly expensive drink (S$30)  and watching the people saunter past.

The four menu items described here may not be the most advanced culinary treasures that these countries have to offer. However, they are foods and drinks that for whatever reason have become so closely linked with their country and regions that to ignore them is to do yourself a tremendous disservice.